What it is, Groove-ophiles! Didja realize that tomorrow will be FOUR YEARS to the day since DotGK made its debut? What started out as a lark has become a bit of an obsession with Ol' Groove--and it's all your fault! You guys keep commenting and e-mailing and sending requests--how's a guy supposed to act with all that going on? He keeps on truckin', baby! Thanks a ga-zillion to all of you who make all the searching, researching, reminiscing, and keyboard wrangling worthwhile!

It's about time we took a look back at a certain red-tressed "She-Devil with a Sword", don'tcha think? Back in the mid-Groovy Age, Red Sonja took the comicbook world by storm. Her appearances in various Conan titles (most always written by co-creator Roy Thomas, loosely based on Robert E. Howard's Red Sonya--find more info on Big Red's history here) were always met with a hearty "More, more!" from fandom, so in August 1975, "Big Red" got her own color series in the second volume of Marvel Feature. With the second ish of MF, though, things really started to heat up. Frank Thorne, an extremely talented but sadly overlooked veteran of nearly 30 years of comics, took over as Red Sonja's regular artist. Red Sonja's popularity soared and Frank became an "overnight sensation". Take a look at these splashes from Marvel Feature volume 2, numbers 2-7 (October 1975-August 1976) and Red Sonja numbers 1-11(October 1976-July 1978) to get a pretty good idea of why our fave She-Devil's popularity took off like a rocket! 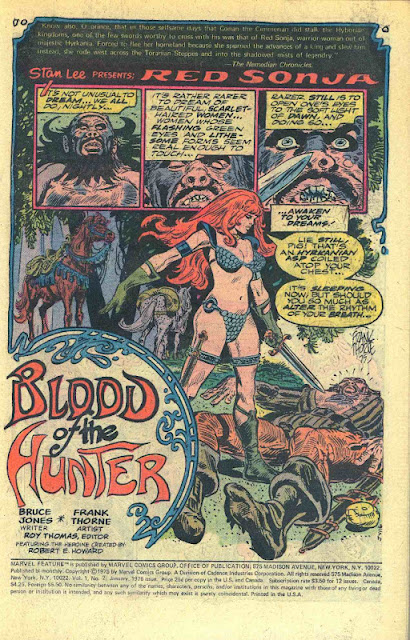 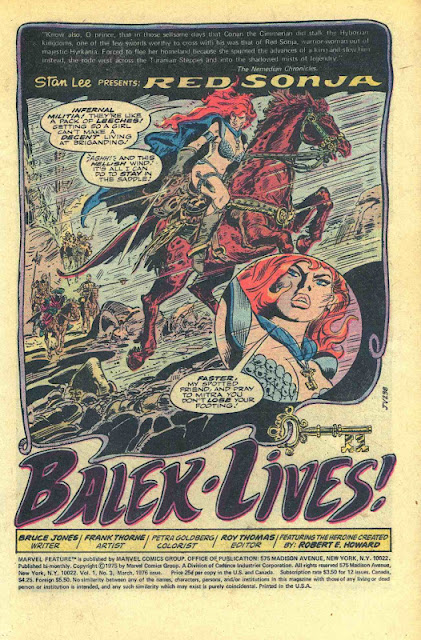 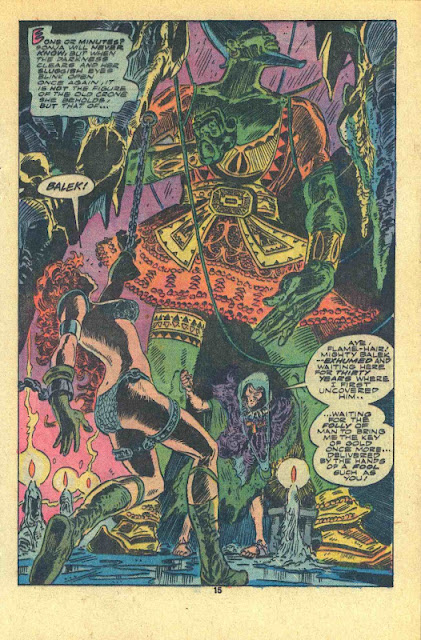 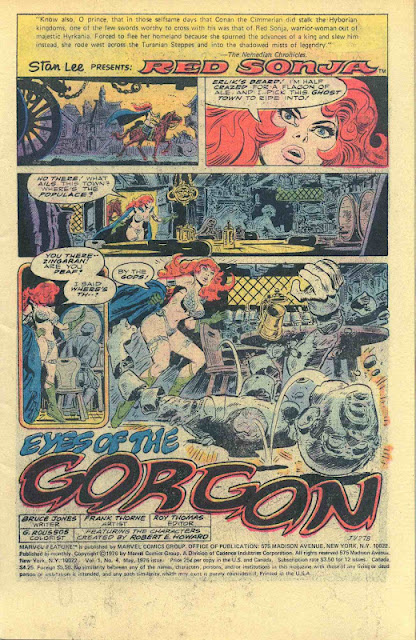 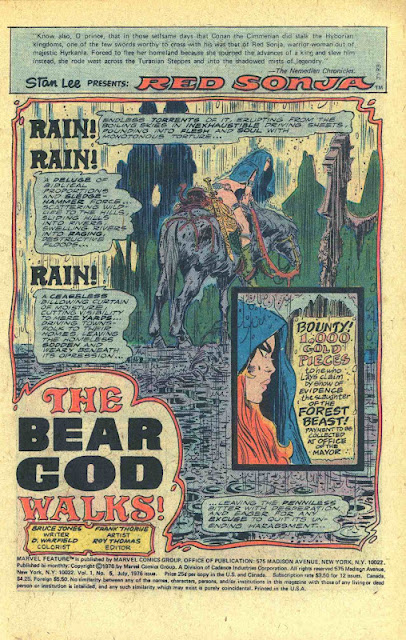 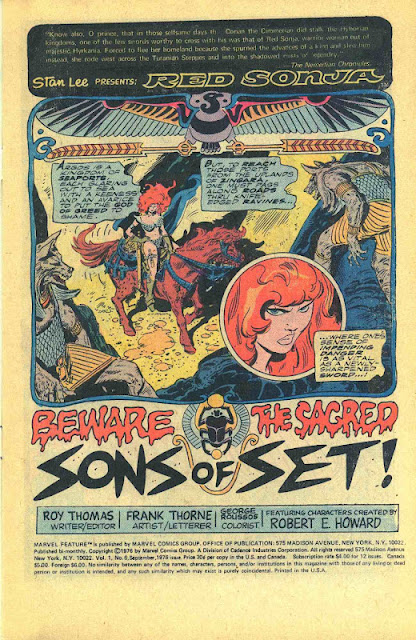 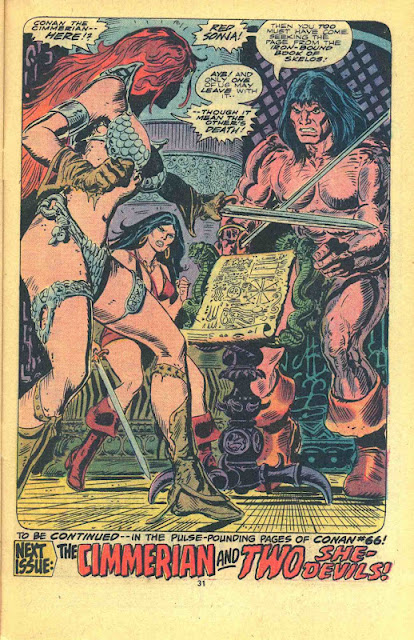 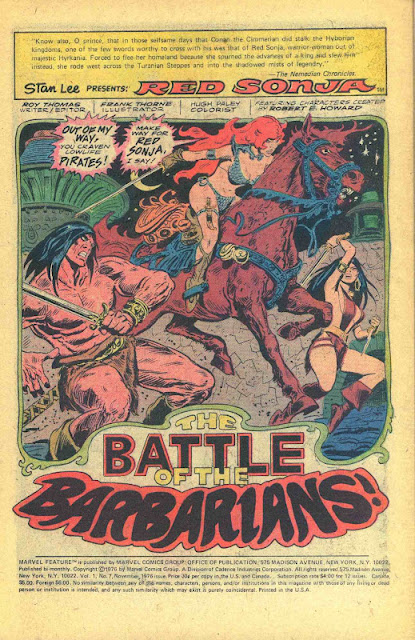 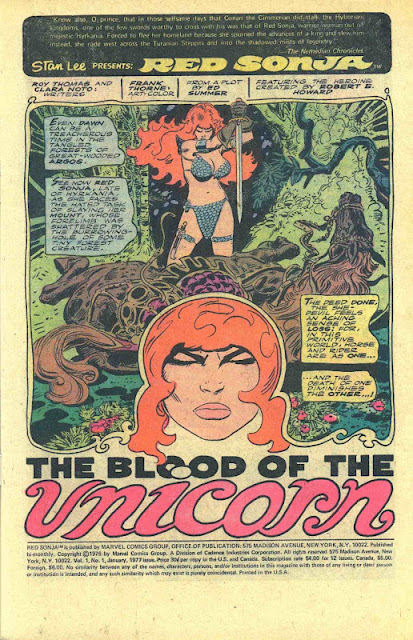 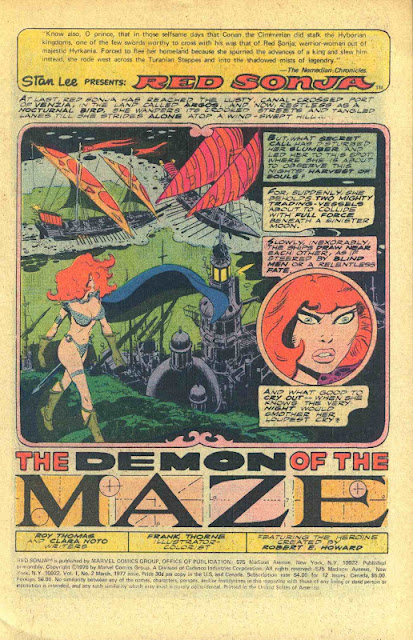 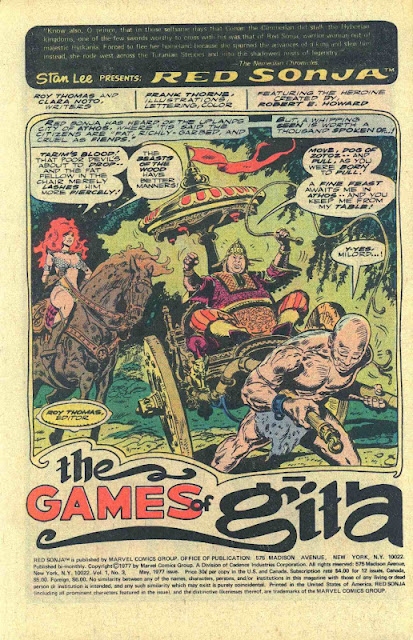 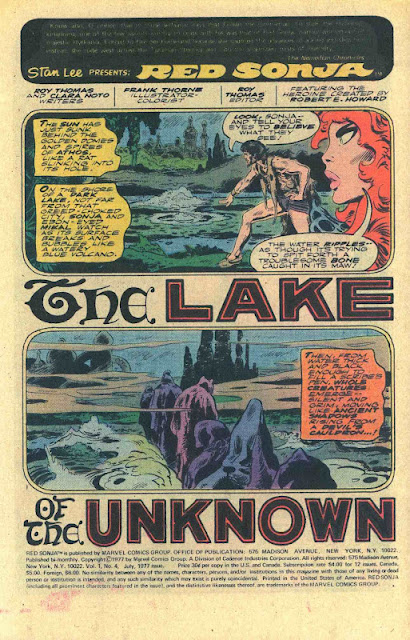 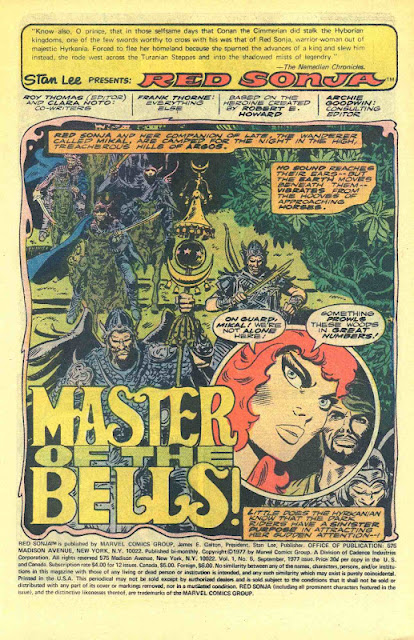 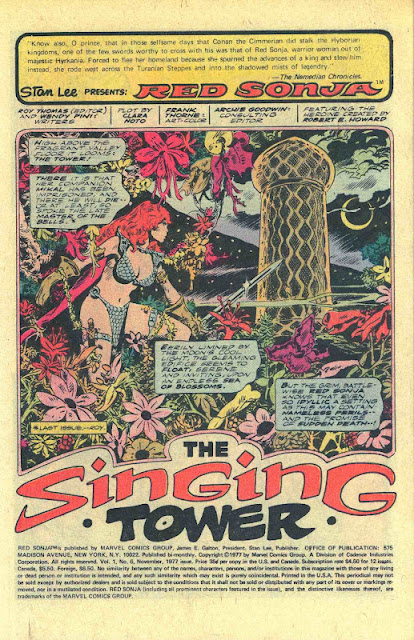 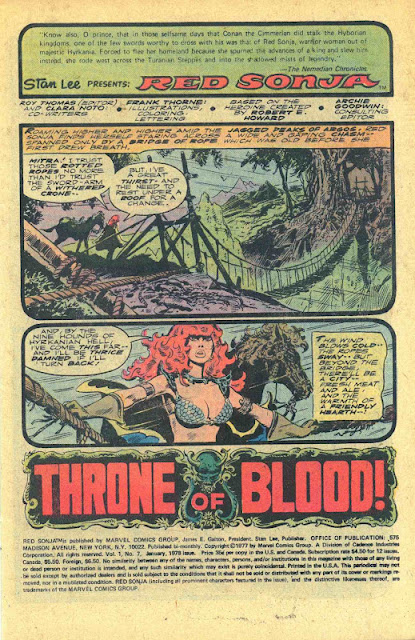 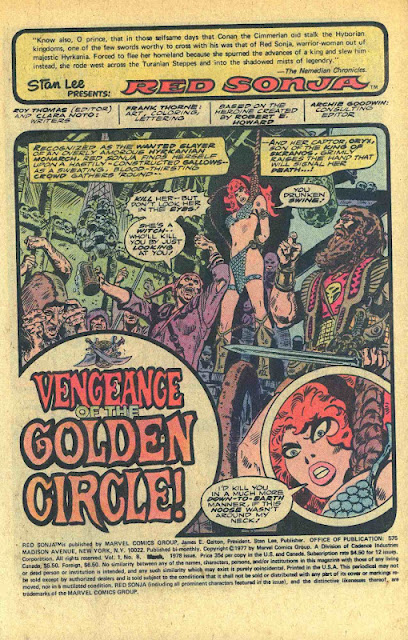 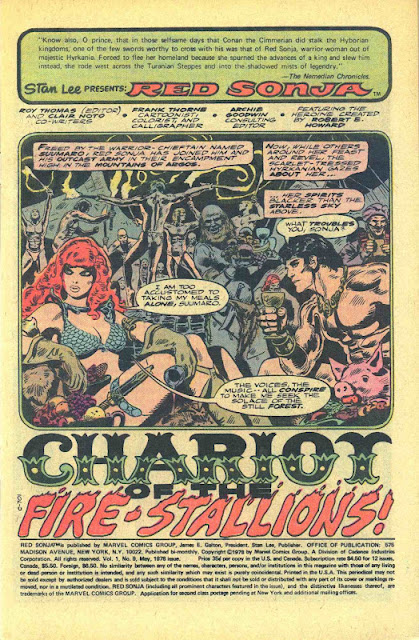 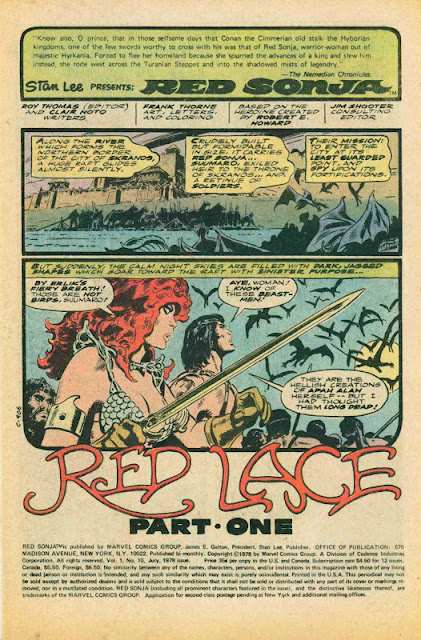 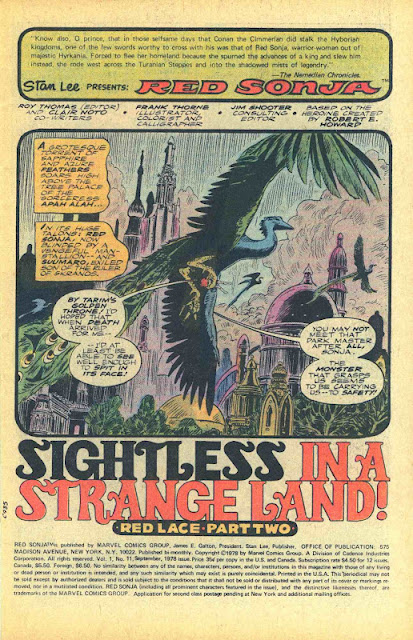