Lo! There Shall Come Endings! Aquaman and Sub-Mariner (Sorta) Crossover 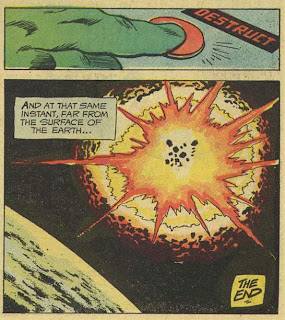 Both DC and Marvel's underwater heroes hit some pretty high highs and the lowest of the lows during the Groovy Age. The lowest lows being--what else?--their mags' cancellations. Aquaman ended with issue #56 (December 1970). It's recently been discovered that DC's King of the Seven Seas' mag was selling extremely well, thanks to the stupendous S.A.G. team (that's writer Steve Skeates, artist Jim Aparo, and editor Dick Giordano for the uninitiated among ya). It's still a mystery as to why then-publisher Carmine Infantino pulled the plug on Aquaman, but pull it he did. Knowing it was the final ish, Sir Steve pulled out all the stops. He introduced--then promptly killed--a new hero, Crusader, played with the narrative flow/structure (inspired by the then-popular Underground Comics), and ended the mag--literally--with a bang. It was an inspired story complemented by Aparo's equally inspired art. Comicdom had to be scratching its collective head when Aquaman #57 didn't show up the next month (and wouldn't for nearly seven years). Pay especially close attention to the last page as you boggle your mind with..."The Creature That Devoured Detroit!"

What would have happened if Aquaman #57 had appeared in early 1971? Funny you should ask... About three and a half years after Aquaman's final issue, Mr. Skeates was given the task of closing out Prince Namor, the Savage Sub-Mariner's mag. Skeates wasn't Subby's regular writer--in fact, I don't think he'd ever written an issue of Sub-Mariner. For whatever reason editor Roy Thomas called upon the amazing Sir Steve to write Sub-Mariner #72 (June 1974), t'was a pure stroke of genius. The irony of writing the final issues of the two major comicbook Kings of Atlantis wasn't lost on Skeates. He decided to revamp what would have been the basic plot of Aquaman #57 to make the final issue of Sub-Mariner a sequel to the final issue of Aquaman--and in spite of a major colorist's gaff (or was it editorial cold feet?), it worked! Check out "From the Void It Came..." with it's sweet Dan Adkins/Vinnie Colletta art and you'll be amazed when you hit page three, Groove-ophiles!

Be back tomorrow for the New Year's Day blow-out, Groove-ophiles!
Posted by The Groovy Agent at 12:02 AM 8 comments: Links to this post 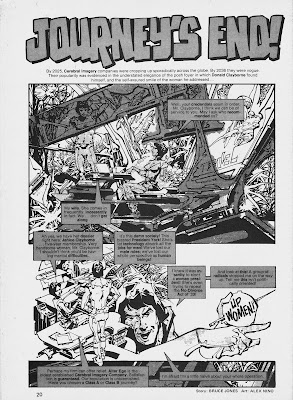 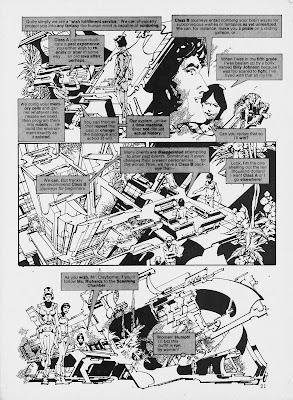 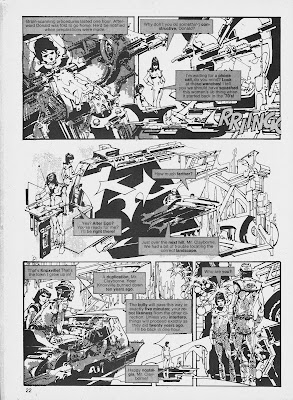 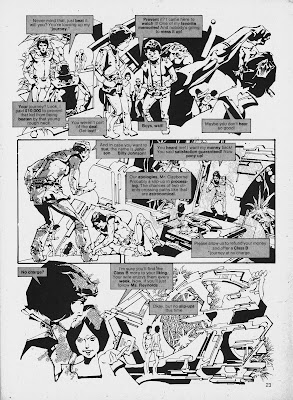 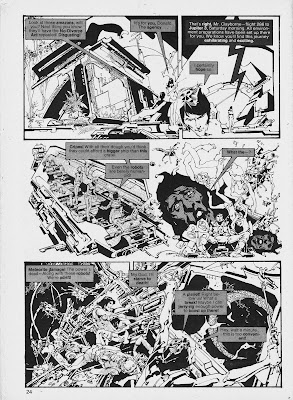 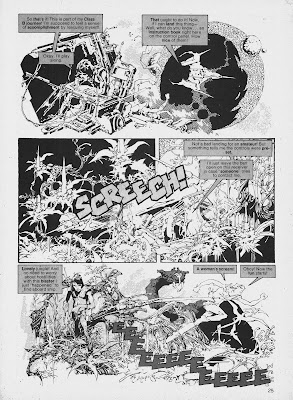 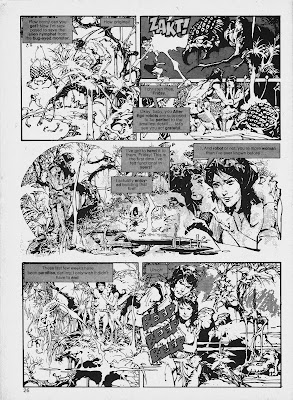 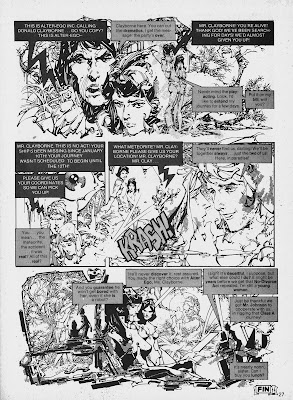 Ya think making kids' superheroes more "realistic" is something new? Think again! As Ol' Groove previously mentioned, DC's revival of the Captain Marvel Family (under the title Shazam!) didn't set the world on fire as DC's powers-that-were had hoped. By late 1977 the handwriting was on the wall. Something had to be done to save Shazam! from cancellation...or, was this a "it's gonna get canned anyway" experiment done up to look like "a bold new direction?" Whatever the reason, DC hired one of the most hip and dynamic artists of the Groovy Age to infuse the Big Red Cheese with a hip and dynamic look. I remember seeing the ads and waiting on pins and needles for Shazam! #34 (December 1977) to hit the stands.

I was stunned! Weiss' art, inked by the awesome Joe Rubinstein, was even more dynomite than I'd hoped. The sturdy and dependable E. Nelson Bridwell turned out one of his best plots, adding new dimensions to the Shazam! mythos while staying true to all that had come before. Teen Groove flipped for "The Fuhrer of Chicago", and that's no jive! Check it out, Groove-ophiles!

Big surprise (not!)--that was Weiss and Rubinstein's only issue. With issue #35 (January 1978), Don Newton took over the penciling chores with former Shazam! artist Kurt Schaffenberger providing the inks. They, along with author Bridwell, kept the new look going, with a little less funk and a bit more realism, so it was pretty cool in its own right. Unfortunately, that was the final issue of Shazam! The strip was kept alive for a few more years in World's Finest Comics with Bridwell, Newton, and usually Schaffenberger at the helm, so the "new look" proved to be a semi-success.
Posted by The Groovy Agent at 12:02 AM 3 comments: Links to this post 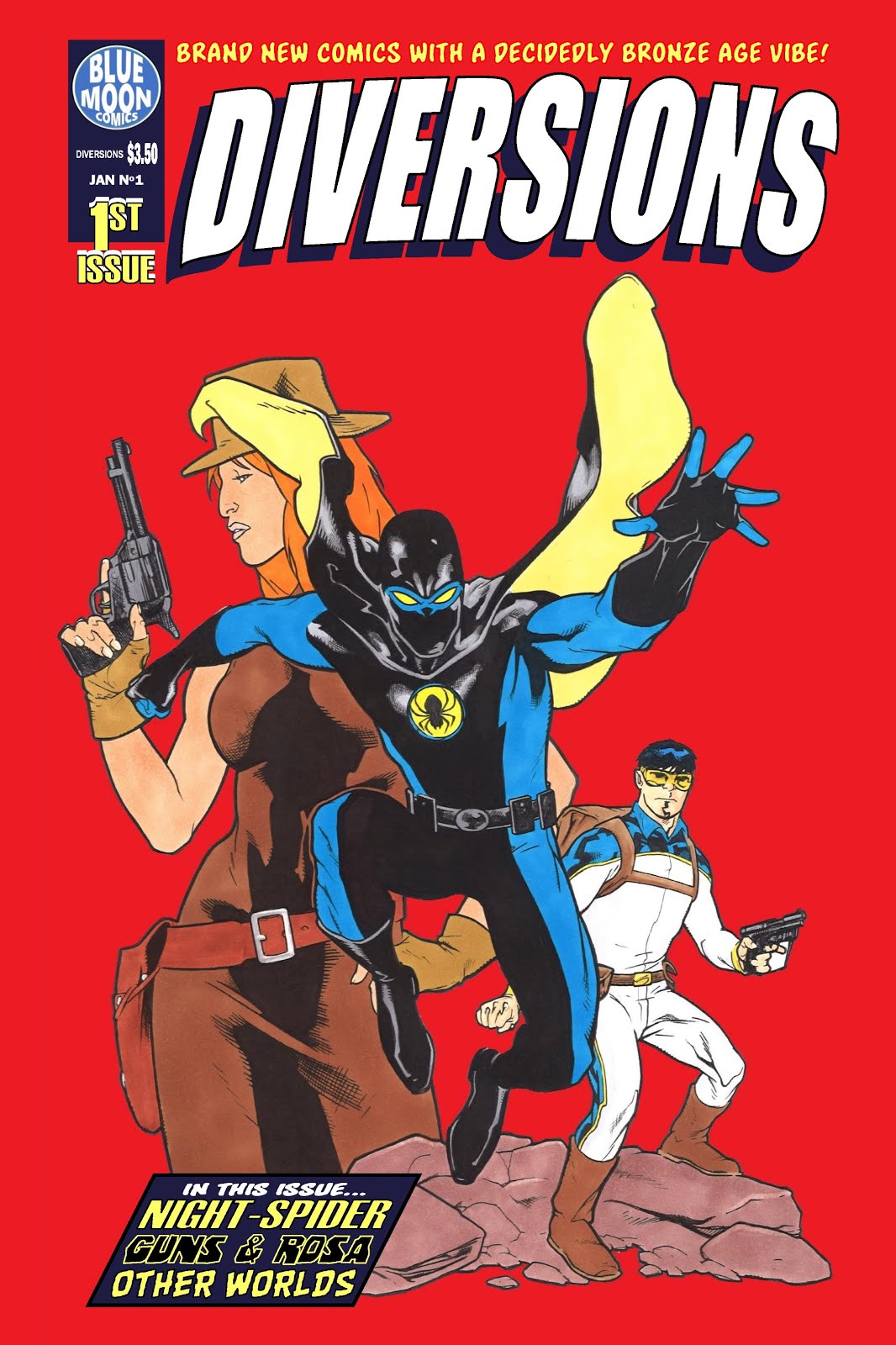