Dynamic Drawings to Dazzle and Delight! 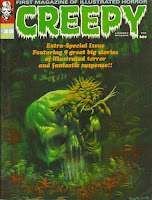 July 6th was John Byrne's birthday so let's celebrate, Groove-ophiles! While his Groovy Age work on X-Men, Marvel Team-Up, Iron Fist, Rog-200, Doomsday +1, Marvel Two-In-One, and Starlord is most celebrated, leave us not forget that he had a suh-weet run on Avengers (issues 181-191) that actually stemmed from a trio of far-out fill-in issues that he did on issues 164-166! Those three issues that ran from July-September 1977 absolutely rocked! Credit-where-credit's due: Jim Shooter turned out a whale of a storyline that allowed Byrne to strut his stuff (and regular inker Pablo Marcos gave Byrne's pencils a different, but cool, vibe than what we'd seen before) with some amazing action scenes against The Lethal Legion (Power Man, Living Laser, and Whirlwind) and a super-powered Count Nefaria (playing the part of Superman-gone-wrong). While we loved our regular penciler at the time, George Perez, methinks not too many fans were disappointed during this titanic trilogy of incredible fill-in issues! Dig this sampling of Ol' Groove's fave pages from each issue...and Happy Birthday, John Byrne! 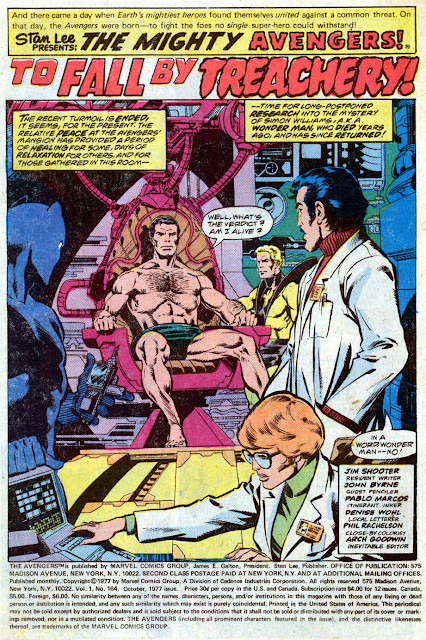 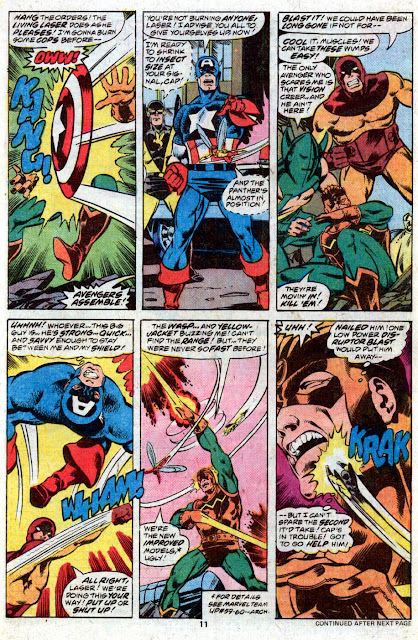 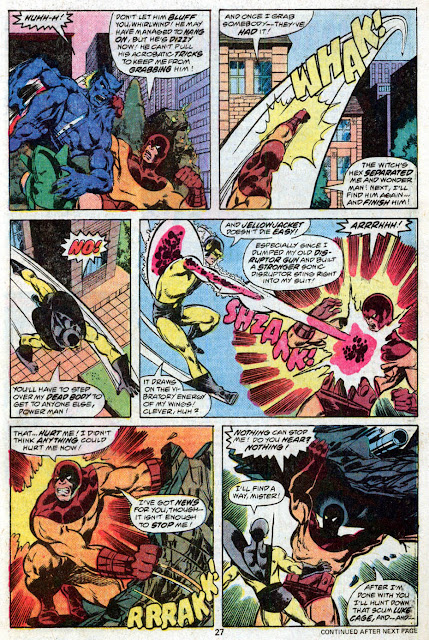 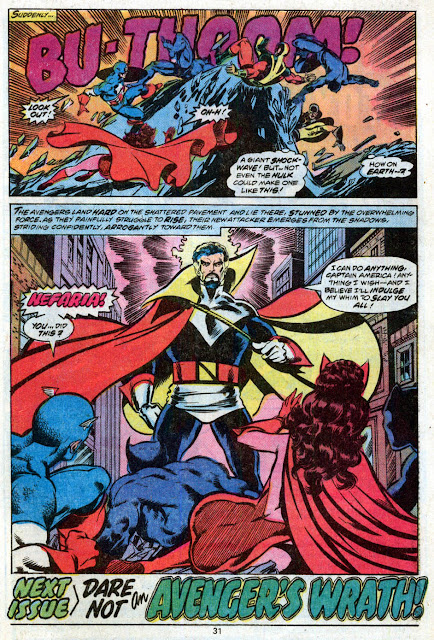 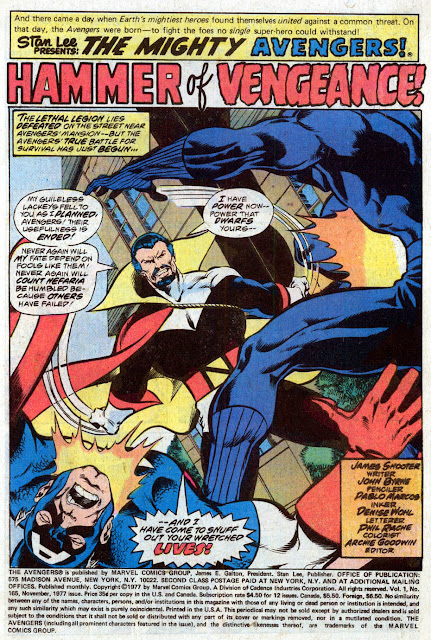 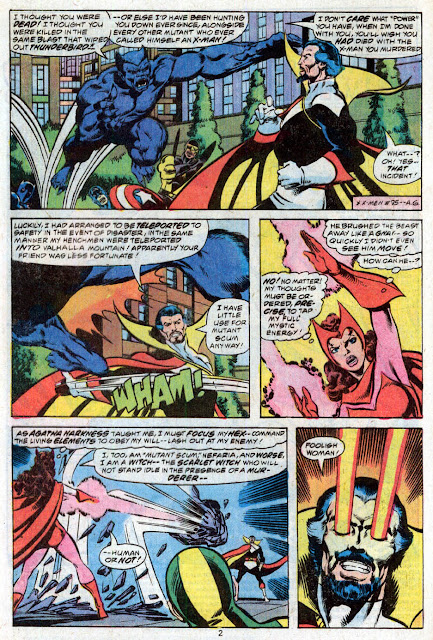 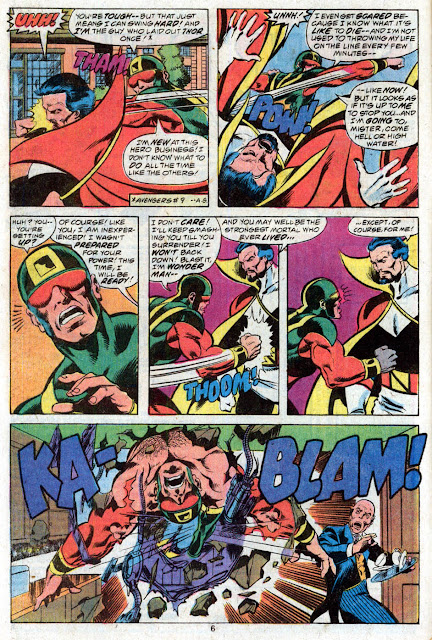 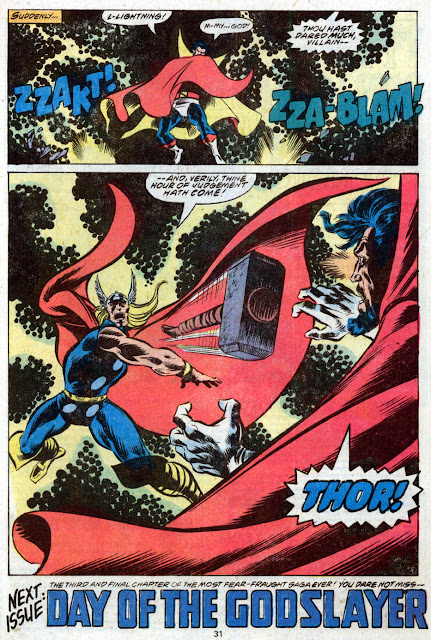 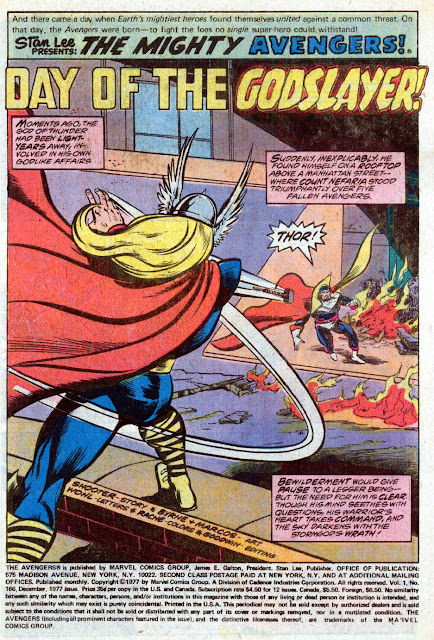 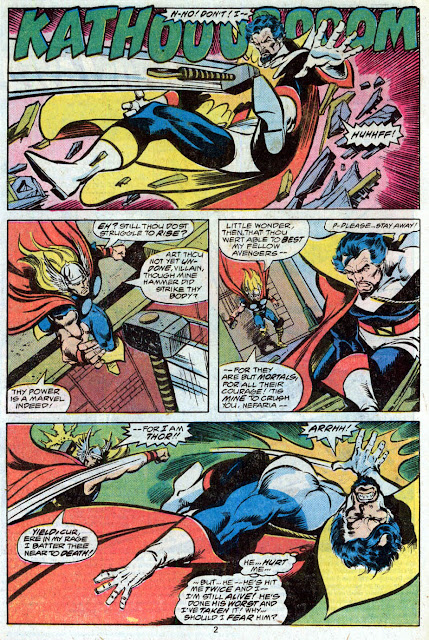 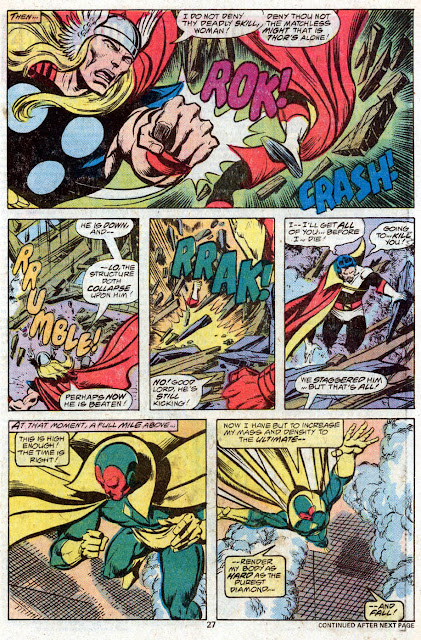 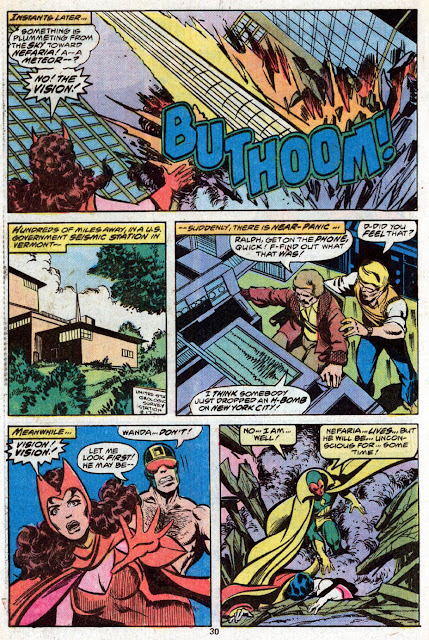 Cool and Creepy Comics to Chill and Thrill 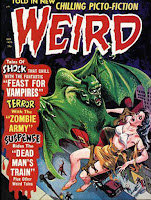 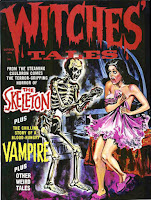 Groovy Age Spotlight On... Forbidden Gallery #4!
http://acpcomics.com/ Did you ever get 'hold of a comic that you didn't know you really, really needed, but when you got it you found out just how badly you needed it? That's ACP's Forbidden Gallery #4 for Ol' Groove. I mean, I've got the first three issues of FG and I love 'em. They don't come out real often, but when they do, they're great. Forbidden Gallery #4 is coming out now (their ongoing crowdfunding campaign is in full swing--go to their site RIGHT HERE and get in on the fun!) and let me tell ya, it's definitely what the doctor ordered for Ol' Groove! I have the feeling it's the right tonic for many of y'all in Groove City if you'll give it a chance. We're always looking for something that looks and/or feels like it came from the the "good old days of comics," right? Well, here ya go!


Yeah, it's a brand-new comic with brand-new stories and art (36 pages worth!), but it reads and looks like it came right out of an alternate-universe Groovy Age where the great printing and indy-style creative freedom of the early 80s came like an early Christmas present to Comix Fandom. Publisher William Mull and art director Daerick Gross Sr lavish so much attention to the quality of the comics production that even the contents page is a visual treat! 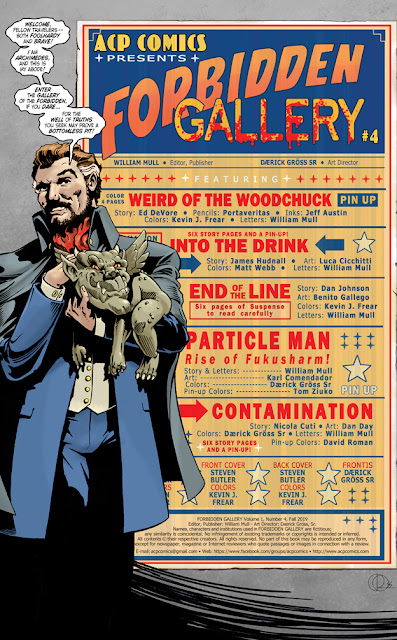 It's obvious that the whole purpose of Forbidden Gallery is to capture the feel of the great DC, Charlton, and Warren mystery/horror mags of the Groovy Age (with more than a nod to Rod Serling and his TV masterpieces Night Gallery and Twilight Zone). And what better way to succeed in that quest for modern/retro comicbook goodness than to call on talents like Steven Butler, David Roman, Dan Day, Ed DeVore, Portaveritas, Jeff Austin, Kevin J. Frear, Luca Cicchitti, Matt Webb, Dan Johnson, Benito Gallego, and Karl Comendador--guys who totally "get" the style Mull's going for? Plus, Mull was fortunate enough to get stories from two veteran masters of the form before their untimely passages, James Hudnall and the great Nick Cuti.

Archimedes, the host, is classy and eloquent in the style of Serling and comics hosts like Dr. Graves and Destiny. He introduces each story with a pin-up (a painting, in his world) and just enough information to make us ever-so-carefully turn the page where we get stories like...

"Weird of the Woodchuck" reminds me of the "relevant" stories that came out in the early 1970s. Not just because DeVore's story hits all the right buttons of that particular style (Native Americans, evil man abusing nature, neat twist ending), but because of the cool use of captions featuring that good ol' omniscient narrator we all know and love. Keeps the story flowing smoothly. The Portaveritas/Austin art has a wonderful organic style; not at all a copy, but it's almost as if Frank Brunner were inked by Joe Rubinstein. Great start to the issue! 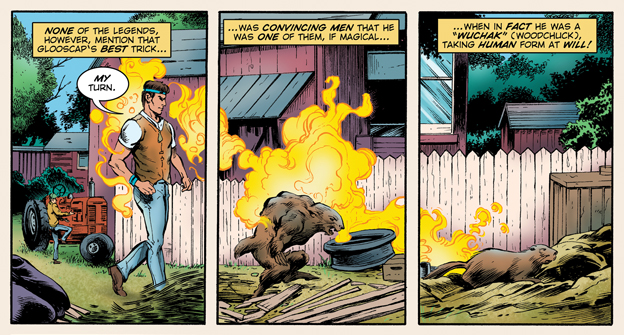 "Into the Drink" by Hudnall and Cicchitti is intense. It, too, reminds me of the early Groovy Age "relevant" stories in that its hard-hitting message is the total reason for its existence. The plot is old as the hills, but that isn't important; it's only a means to share The Message. Any gruesome entertainment (much of which is provided by Cicchitti's precise, sometimes cinematic storytelling) is just there to help get The Messsage accross. And it's an important message to be sure! (And once you've read it, you'll understand the brilliance of the title!) 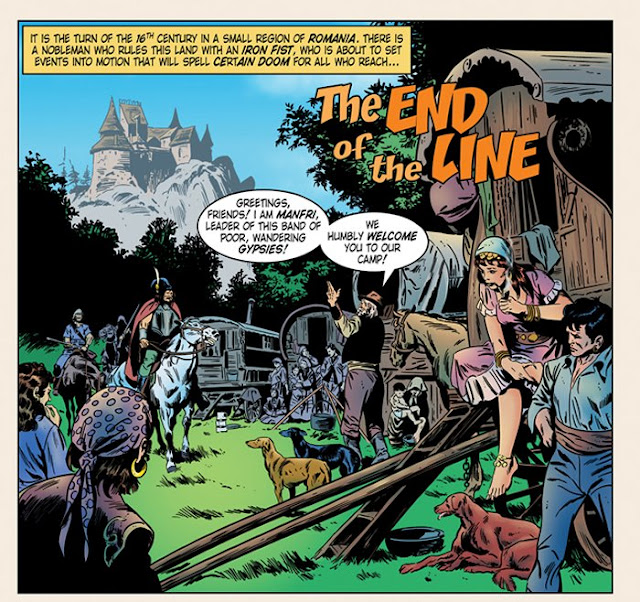 "The End of the Line" by Johnson and Gallego, besides featuring another extremely well-thought-out title, is a fun, fantasy story featuring gypsies and a certain type of monster that readers of DotGK know Ol' Groove dearly loves. I won't give away any more than that except to say that Johnson's story has a couple really cool twists that he does a good job of not telegraphing, and that if you've never experienced Benito Gallego's art before, you're in for a treat--especially if you're a fan of the art of Big John Buscema. I have to say that Johnson's Silver Age-y dialogue and captions are a treat, as well. The main baddie could give Dr. Doom some evil dialogue lessons! This would have been my favorite story in the issue, except... 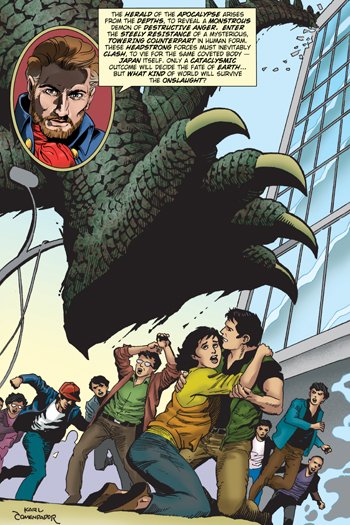 Along come Publisher Mull and artist Comendador with "Particle Man: Rise of the Fukusharm!" This far-out paean to the daikaiju genre is the stand out for me. Fast paced, well written, stunning art. In just seven pages you get two origins, an epic battle, a supporting cast, an introduction to our hero's powers and weaknesses, and an ending that teases that Mull may have additional Particle Man tales up his sleeve. Now, you may be thinking such a story might be out of place in a mag like FG, but it just isn't so! How many Godzilla (or Godzilla-like) flicks showed up on our regular Creature Feature TV shows during our childhoods? Same thing! It's kinda/sorta like back in the Silver Age when a super-hero story would pop up in a monster or mystery comic--but better! This spot-on homage to Ultraman (with knowledgeable nods to Nukla, Doctor Solar, and Captain Atom) is so much fun that Ol' Groove demands more! More! (And with apologies to Andrea True Connection) MORE!

The final story is a cool sci-fi shocker by the late, great Nick Cuti with groovy art by Dan Day (who's giving off kind of a Dave Cockrum does underground vibe that I love to death here), "Contamination!" Can't think of a more eerily timely subject for a sci-fi/horror story. Man vs. Germs is gonna be a whole new genre, and Nick was on its ground floor with this story of space exploration gone wrong. He and Day capture the feeling of loneliness and solitude in a way that rivals Alien. The pacing is so perfect in this story, with beats and scares coming like intentional attacks on your nerves. Nick Cuti was still showing us how comics are supposed to be done, right to the end. Bravo, Mr. Cuti!

This stunner of an issue wraps up with a back cover also by Steven Butler, giving us a look at our heroine from the front cover...a few fearful seconds later. Very cool idea. But of course!

Oh, and did I mention that Mull managed to corral some top talent for FIVE more alternate covers? Who did he get? MIKE HOFFMAN! NIK POLIWKO! BRIAN LeBLANC! MIKE MONTGOMERY! and... KELLEY JONES!

Now, has Ol' Groove written all of this to give his Groove-ophiles the hard sell? Nope. I'm just sharing the fact that there are some comics out there made by folks like us for folks like us. I want to share the love for those comics and hope you'll give them a shot. Yeah, it takes a bit more effort than trucking down to Ye Olde Comics Shoppe to get the latest Marvel and DC offerings, but, believe me, it's worth it.

Here's that link to ACP/Forbidden Gallery #4's website one more time.  The crowdfunding campaign ends Saturday, July 4, so get over there right now if you want all the goodies! And of course, if you visit, tell 'em Ol' Groove sent ya! Meantime, I'm gonna read my copy again!