"More Thongor!" cried Groove-dom! "More Thongor you will have!" replied Ol' Groove! "Tower of the Serpent-Women" by Gardner Fox, Val Mayerick, and Wayne Howard (continuing the adaptation of Lin Carter's Thongor and the Wizard of Lemuria) was published in Creatures on the Loose #26 (August 1973). It's the first of two issues authored by Golden Age great Gardner Fox (who also was a pro at prose sword and sorcery, natch), but it's also the final issue for penciler Val Mayerick (who replaced him? Stay tuned for future Thongor posts, Groove-ophiles!) Also of interest is the fact that this is a rare Marvel job for Charlton mainstay Wayne Howard. His Wally Wood-inspired inks give Mayerick a very different look, don'tcha think? Enjoy! 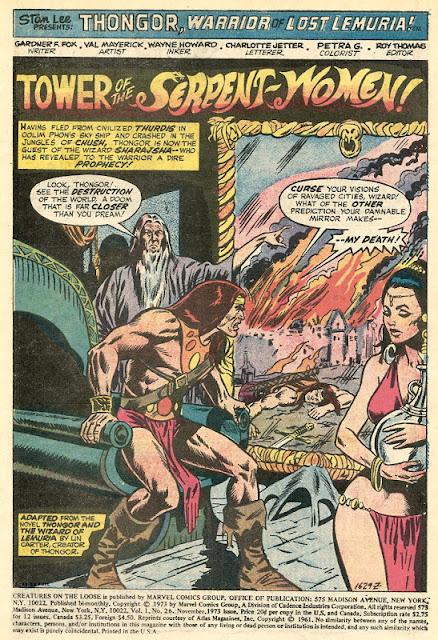 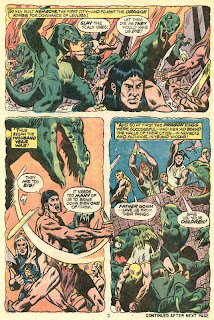 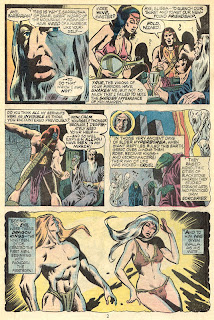 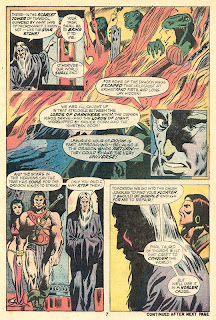 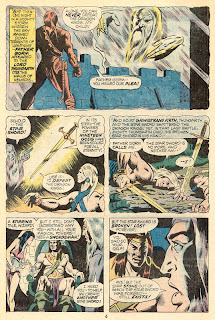 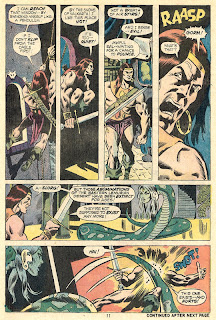 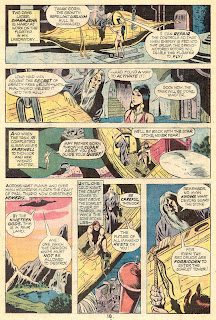 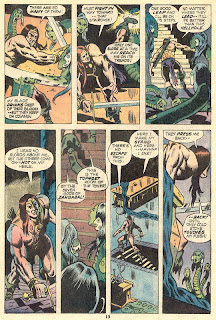 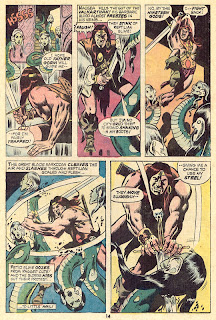 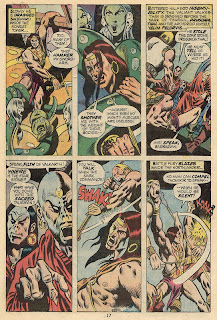 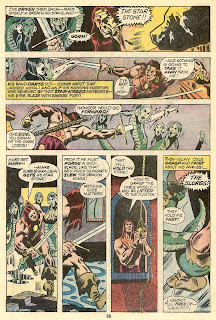 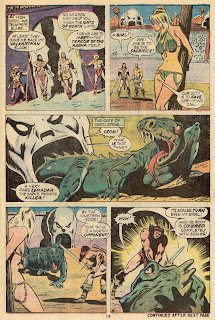 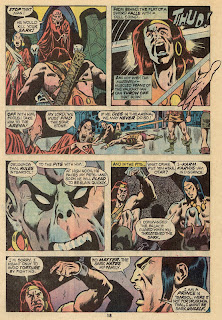 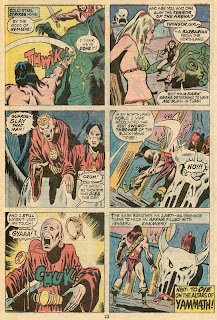 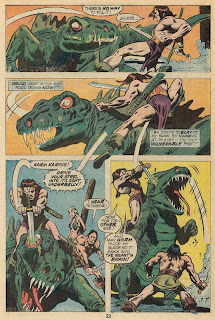