Check it out, Groove-ophiles! In 1974, Marvel was churning out mags like Elton John churned out hit singles. Imagine Young Groove's surprise when a visit to the spinner rack turned up the first issue of The Human Torch (June 1974). Not just one Human Torch, the one from the Fantastic Four and the occasional ish of Marvel Team-Up, but two Human Torches, including the original Golden Age android! Top it off with a cool John Romita/Joe Sinnott cover, and that's one more quarter gone, baby! Naturally Young Groove dug the Silver Age Strange Tales reprints, but the real draw was the Golden Age stories. Marvel didn't give us nearly enough Golden Age reprints, y'know? Dig "Horror Hotel" by writer unknown and (we're pretty sure) artists Steve Douglas and Al Gabriele! 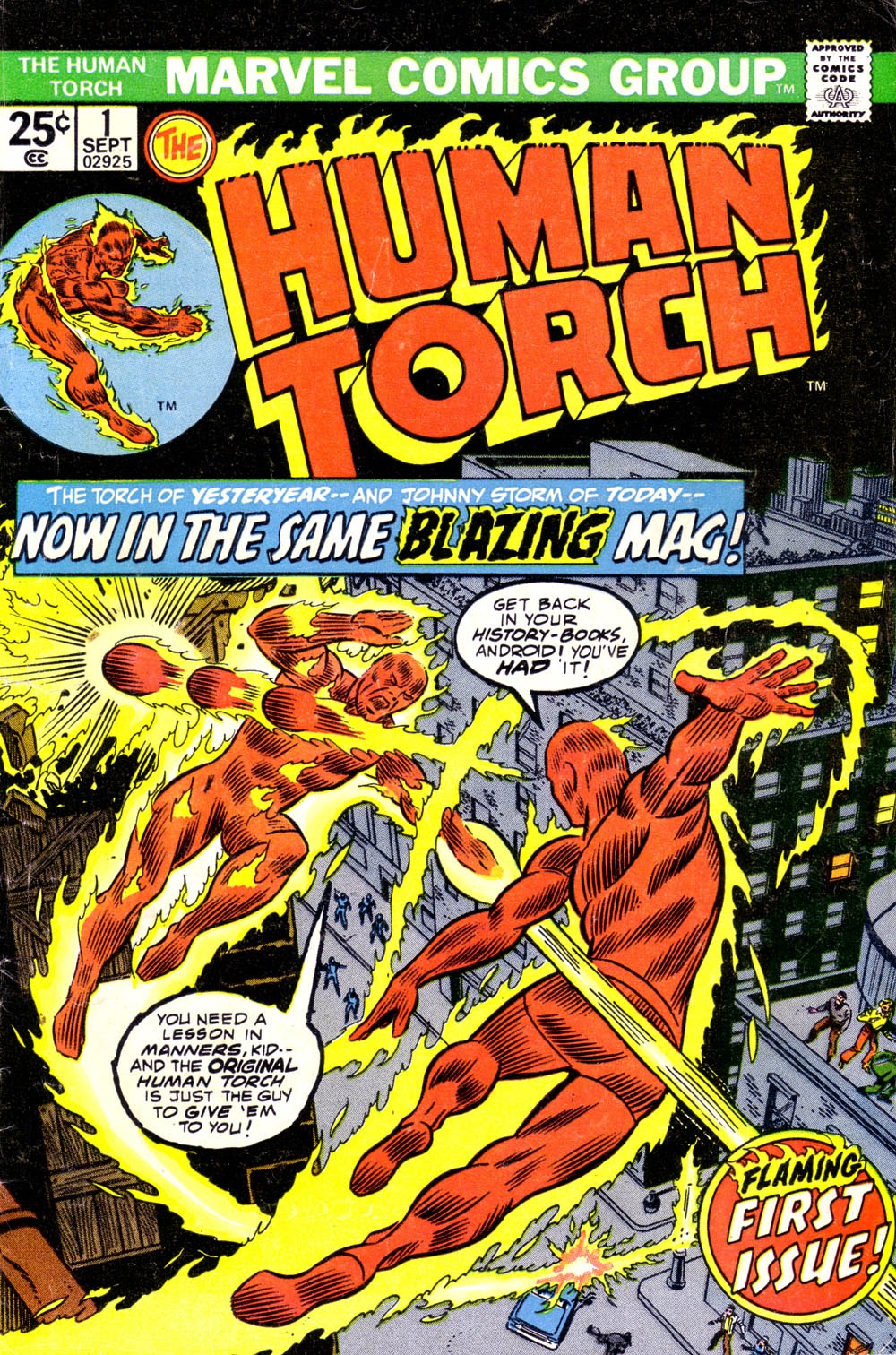 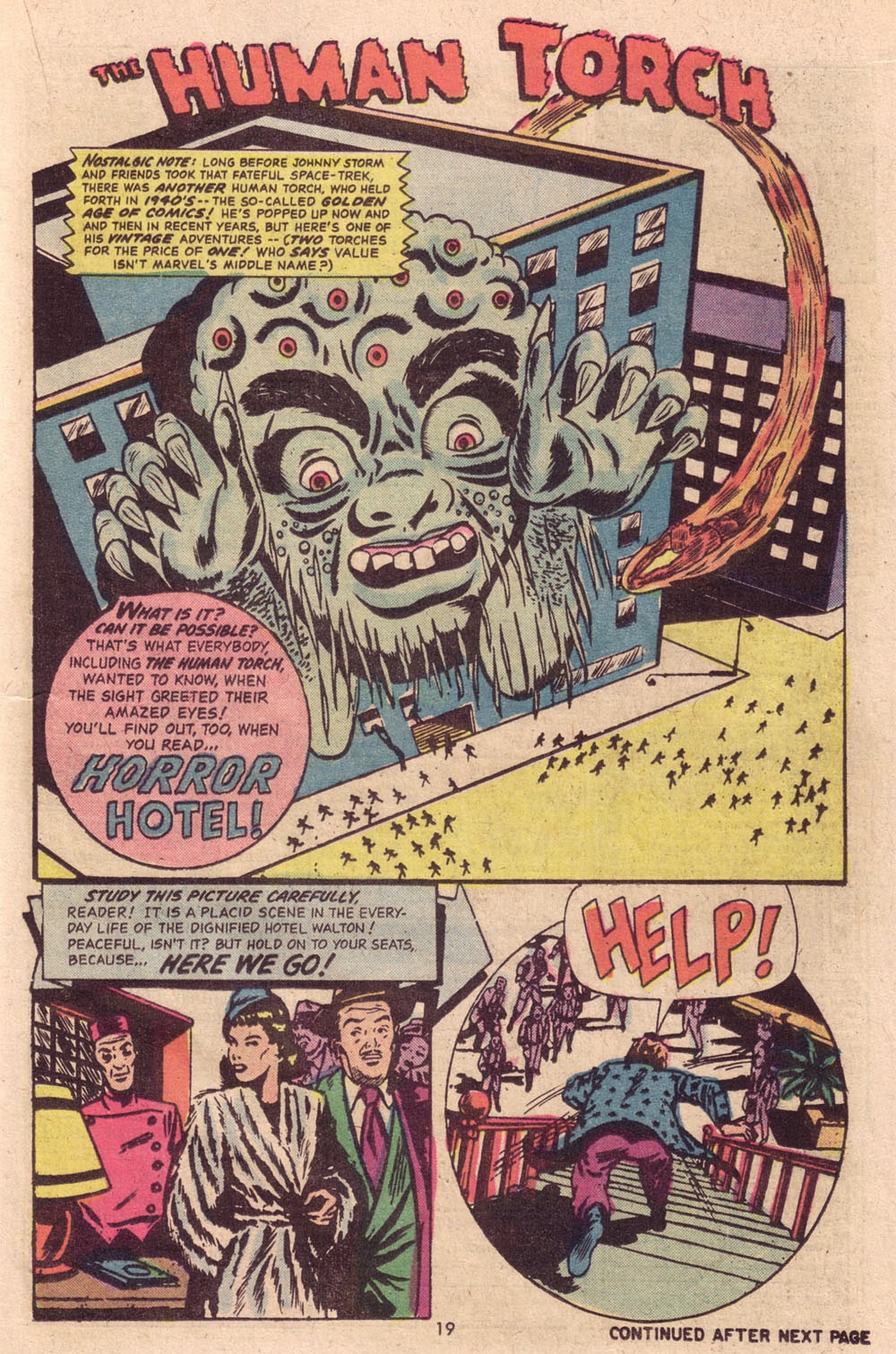 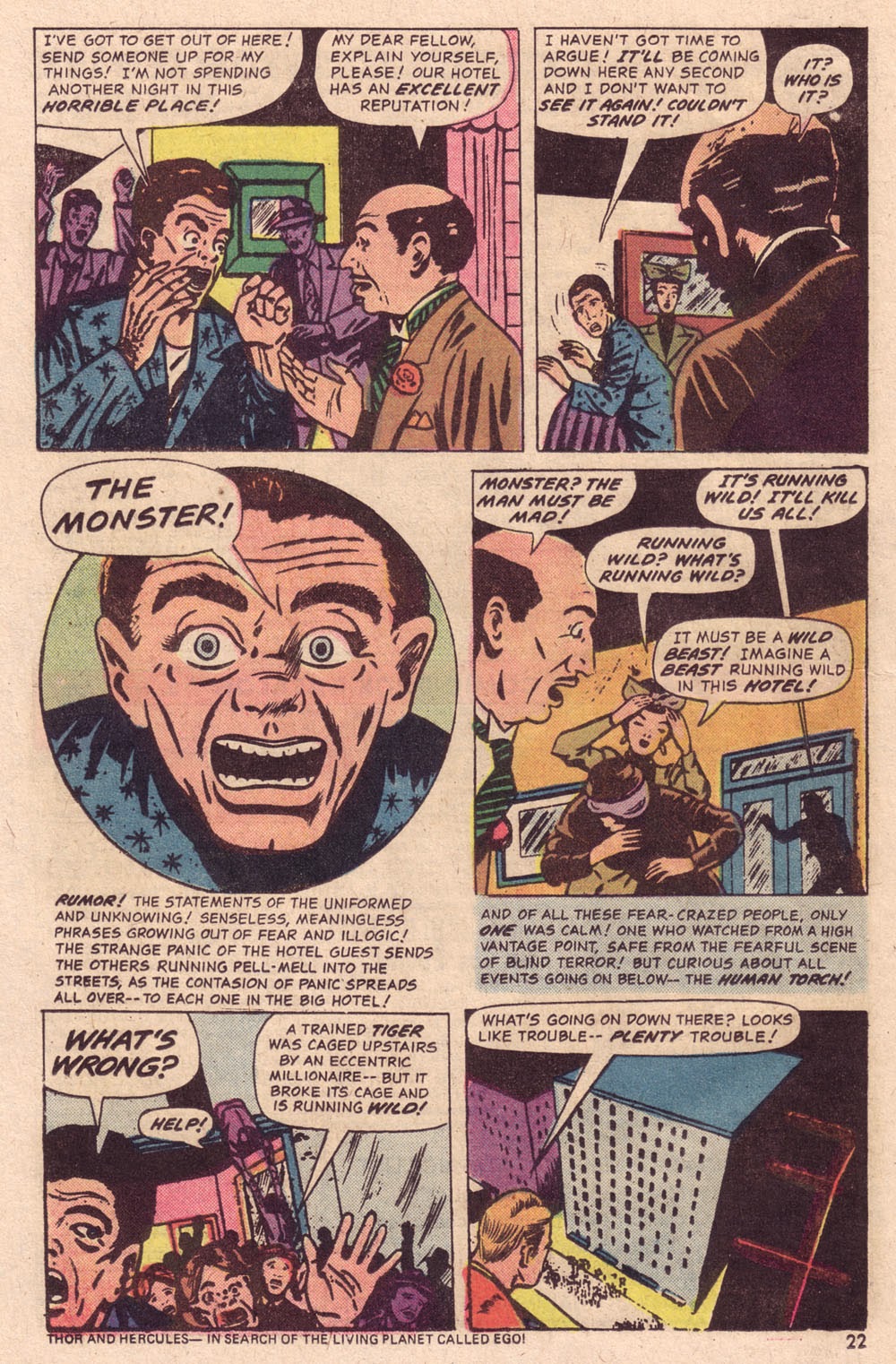 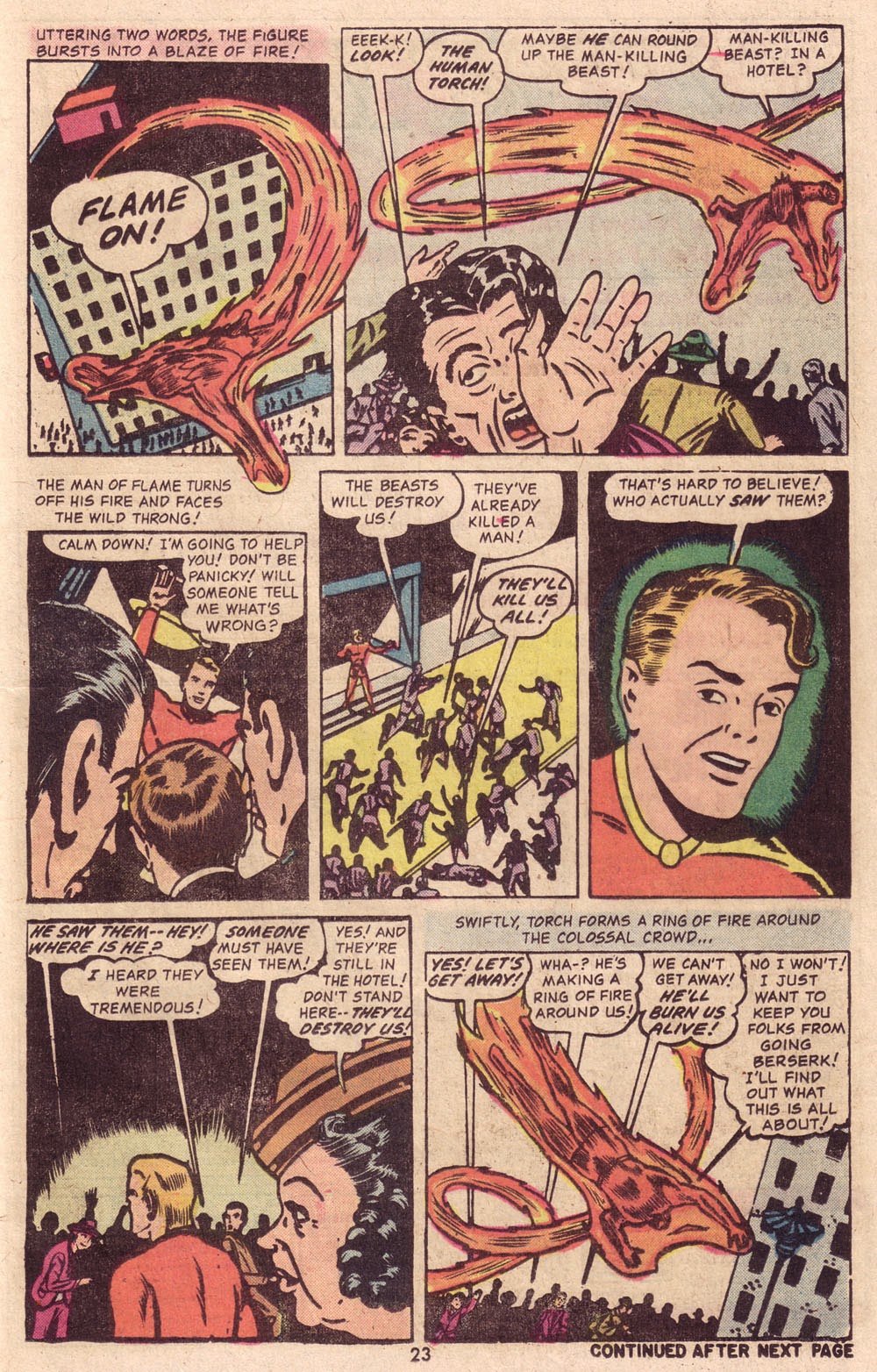 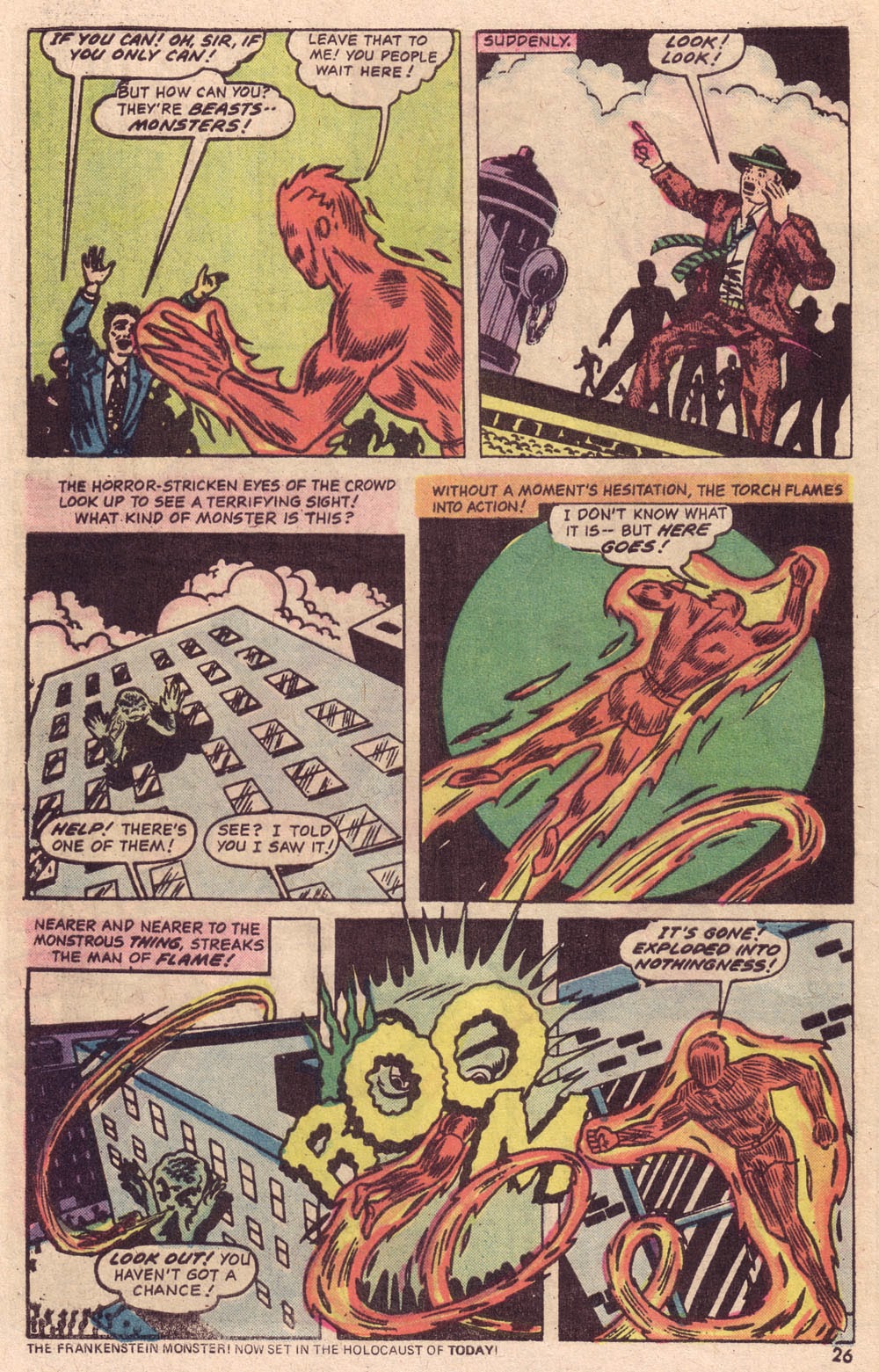 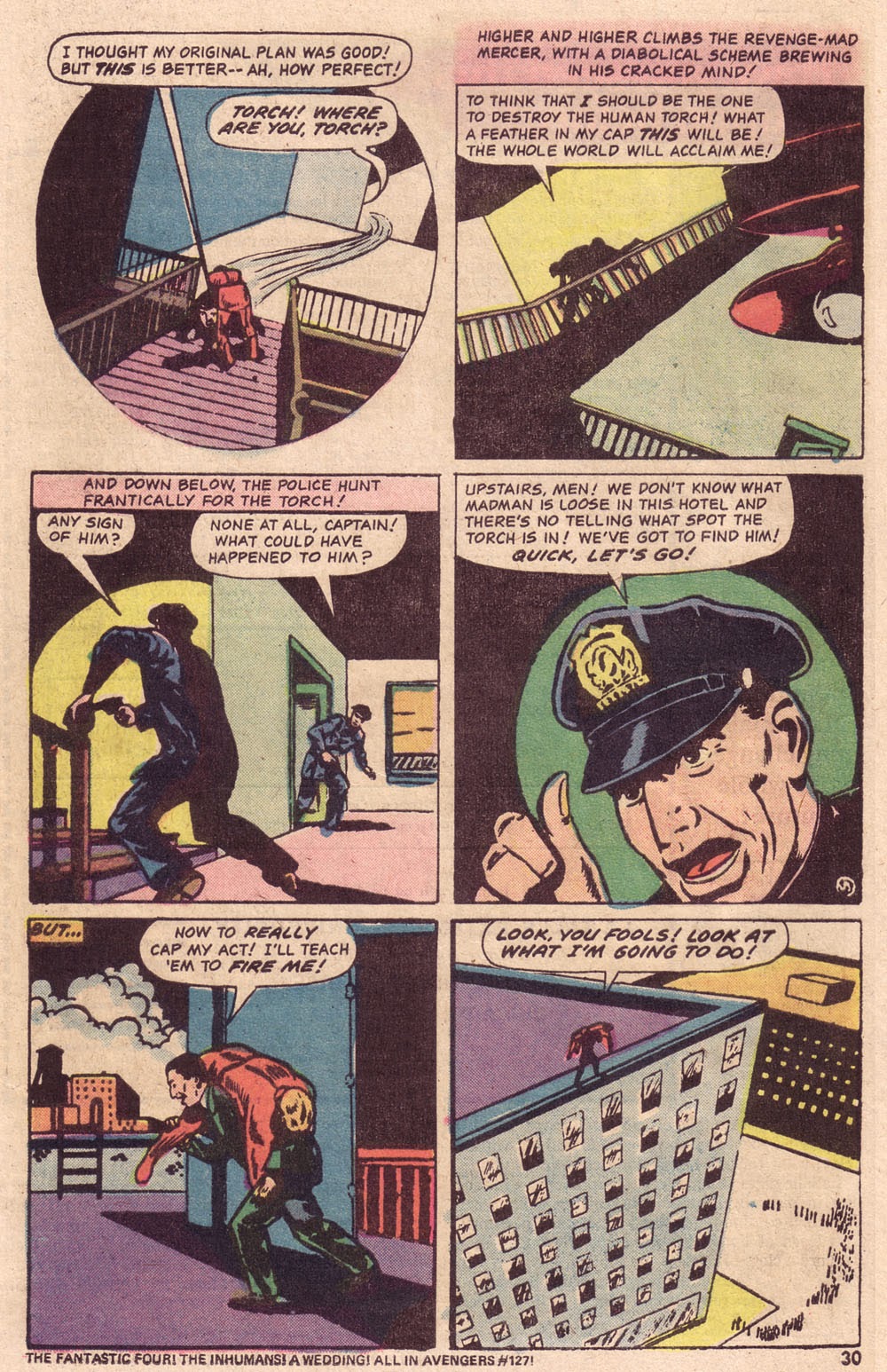 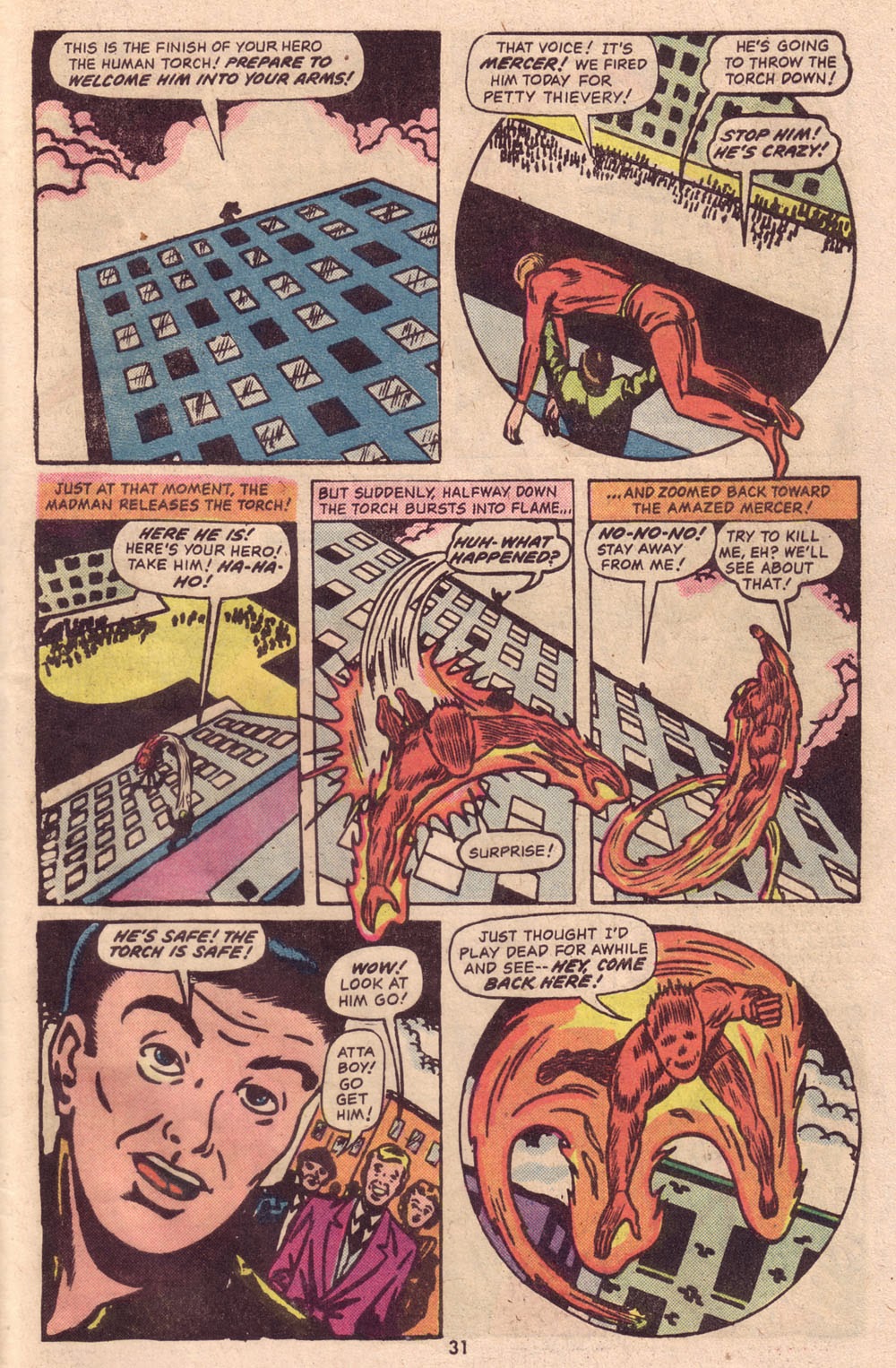 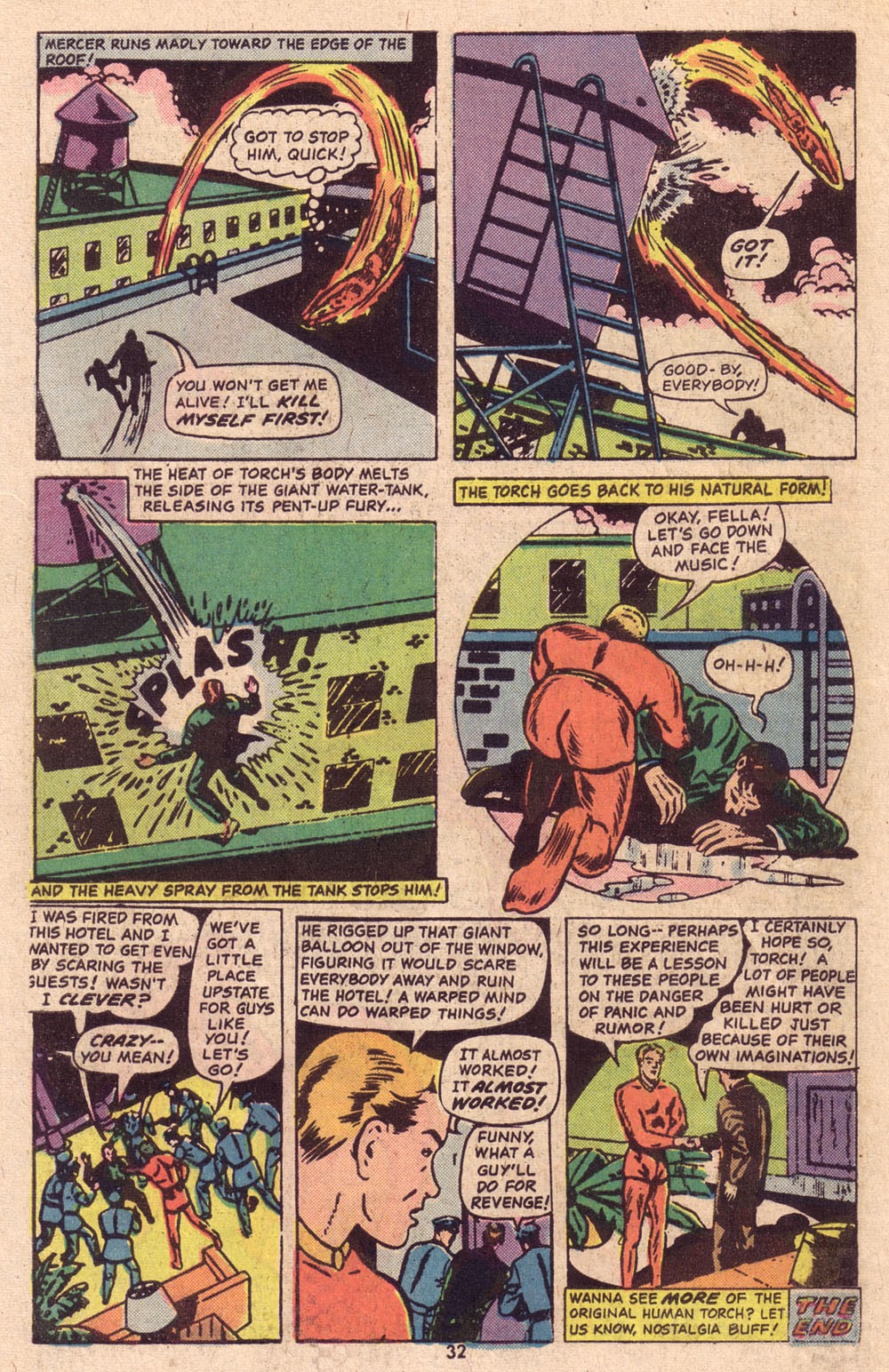 Oh, yeah, The Human Torch ran for eight issues, so look for more Golden Age Torch stories, baby!
Posted by The Groovy Agent at 12:02 AM