Bring on the Back-ups: "Peal of the Devil-Bell!" and "Scream of the Gargoyle!" by Pasko and Marcos

What it is, Groove-ophiles! Has Ol' Groove got a Tuesday two-fer for you! I know there are a bunch of Man-Bat fans here in Groove City, right? Well, just for you, here's the rare, two-part Man-Bat back-up tale from Detective Comics #'s 458-459 (January-February 1976). Martin Pasko's story takes place right after Man-Bat #2 (which Ol' Groove already posted for ya here), and was probably intended for the never-realized third ish of M-B. Artist Pablo Marcos is still on board (with cartoonist Tex Blaisdell handling the inks on part one), cramming a lot of action and drama in the short number of pages he's given. Don'tcha just dig his splash pages? This is a fun one, pitting that 1970s staple, the monster-hero, against a mad mystic. I mean, how're ya gonna go wrong when our hero is battling a dude with a name like..."Dr. Thanatogenos"? Wild! 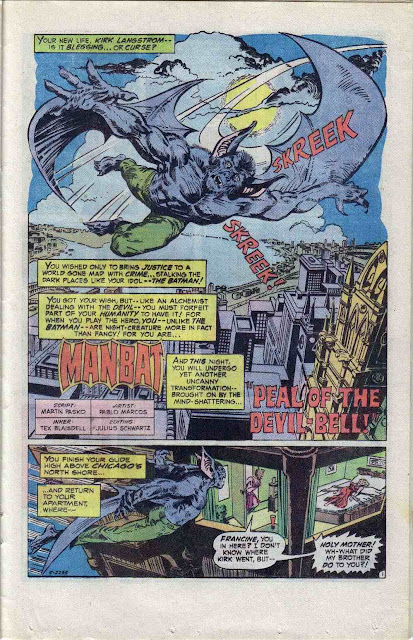 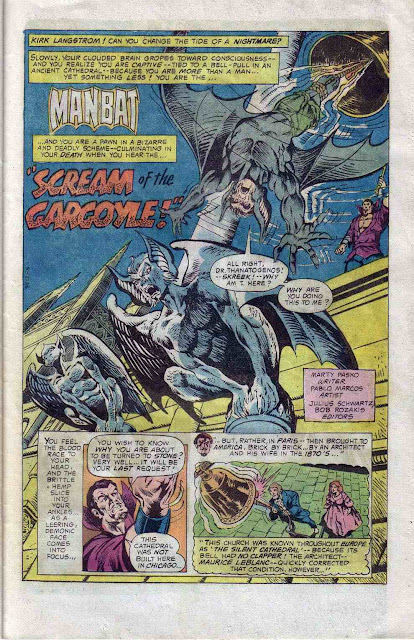