Greetings, Groove-ophiles! Ol' Groove just noticed that, for all the love we have for Michael Golden 'round here, we've never looked back at his dazzling debut. Well, hold on to your bronze Spidey coin, baby, 'cause here it comes! According to an interview in TwoMorrow's Modern Masters #12 (which focused on Mr. Golden, natch), although Golden began his career at DC, his first published work appeared in a Marvel mag. And not just any Marvel mag, but in Marvel Classics Comics #28's (1977) paean to Edgar Allen Poe. Written by Dauntless Don McGregor, "The Cask of Amontillado" gave the world it's first glimpse of the artist who would become one of the most admired and inspiring comicbook artists of all time. What? You missed that ish of MCC? Don't feel like the Lone Ranger, Groove-ophile. Besides, that's why Groove City exists--to bring you the greatness you might've missed. Dig it! 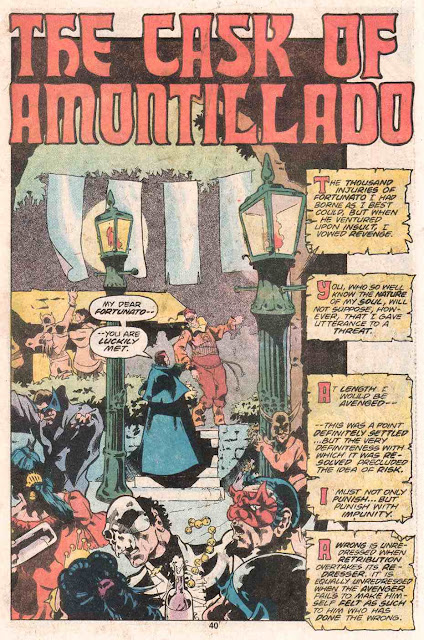 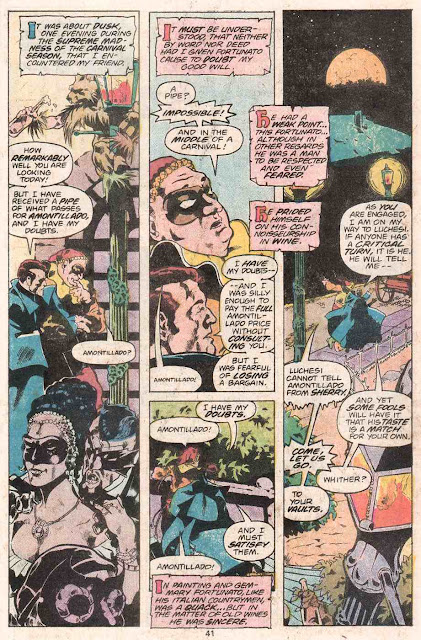 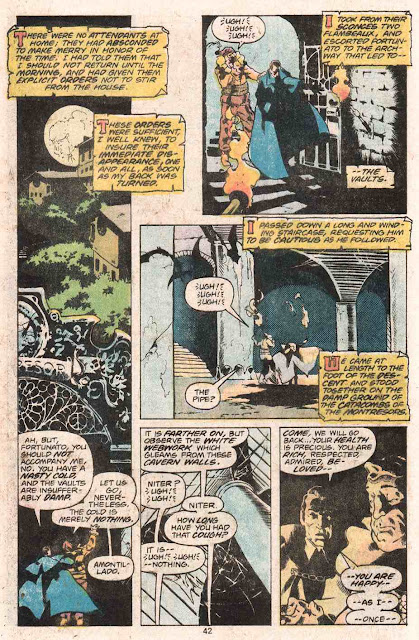 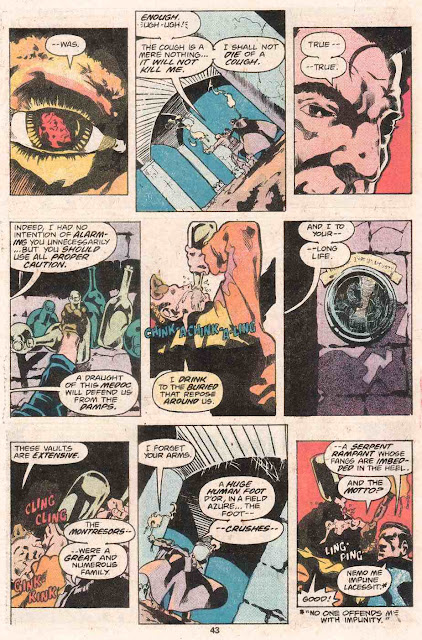 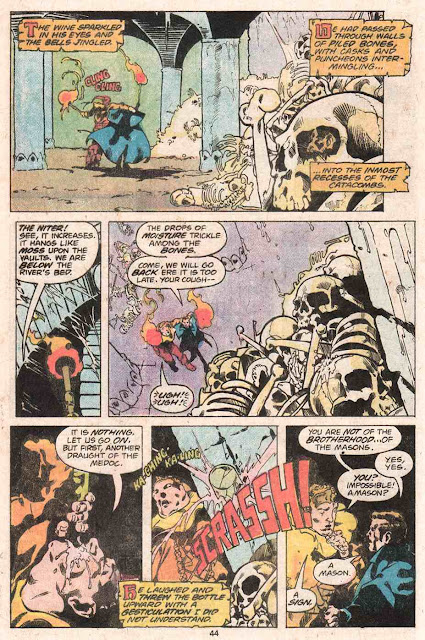 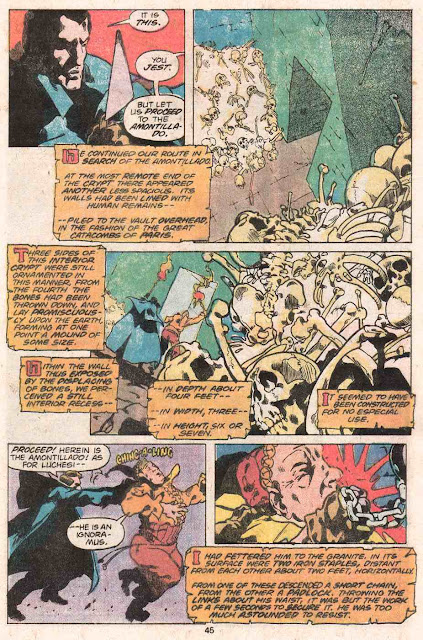 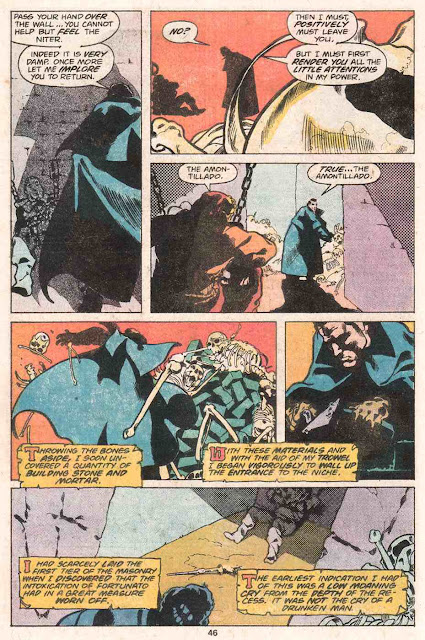 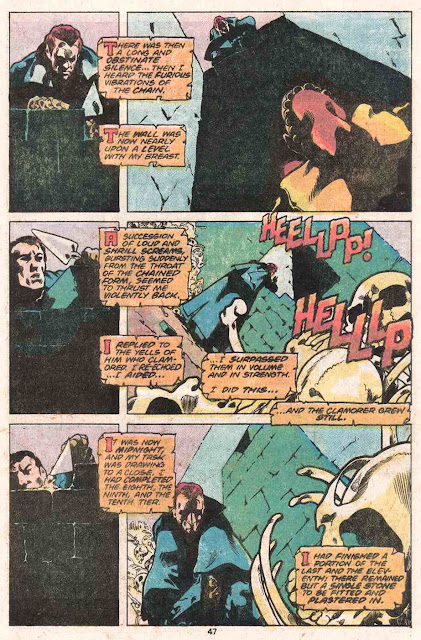 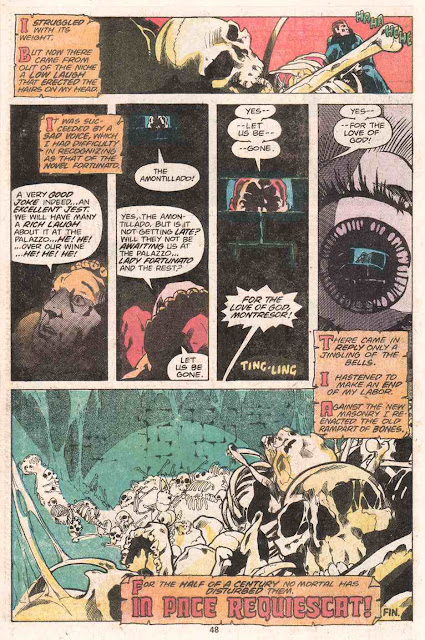 Not long after the Poe adaptation saw print, Michael had work showing up at both Marvel and DC. At Marvel, he helped pencil several pages on a couple issues of The Defenders (#'s 53-54, August-September 1977), while DC published a scintillating Golden splash in House of Secrets #148 (July 1977). And 'cause Ol' Groove loves ya, baby, here they are! 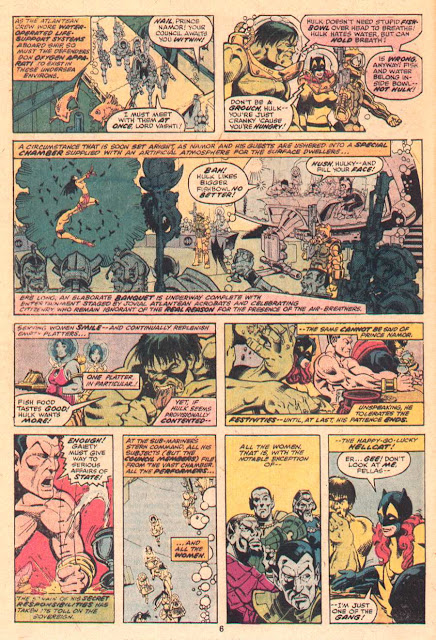 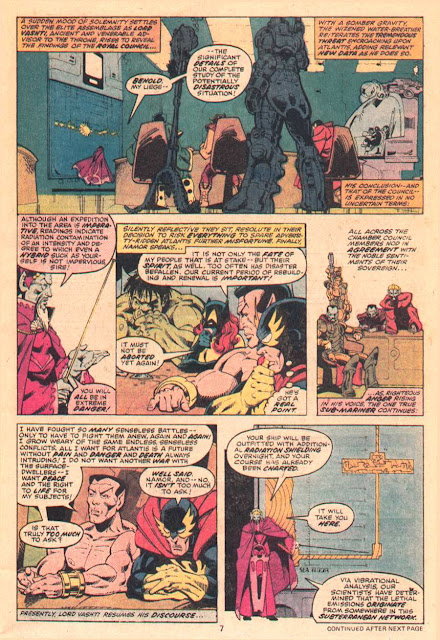 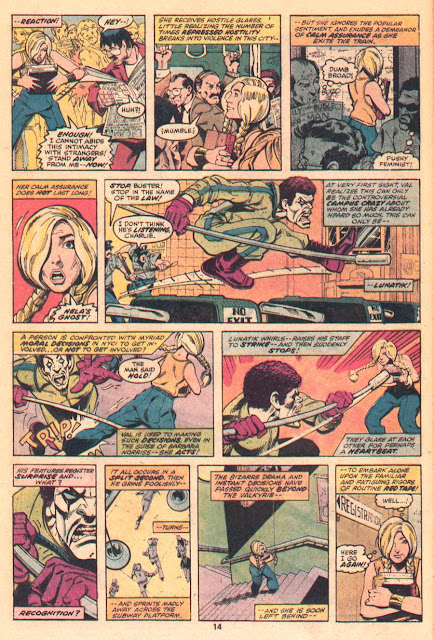 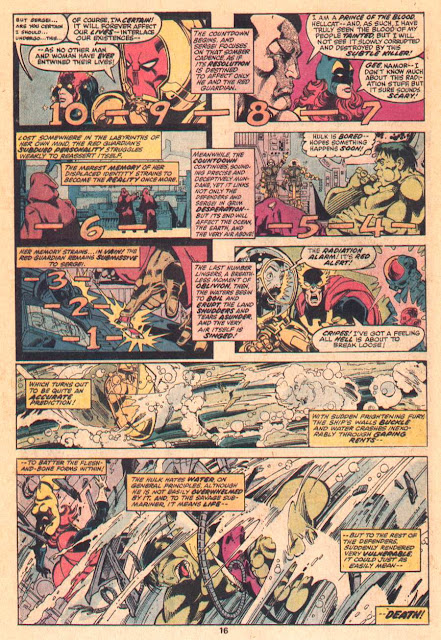 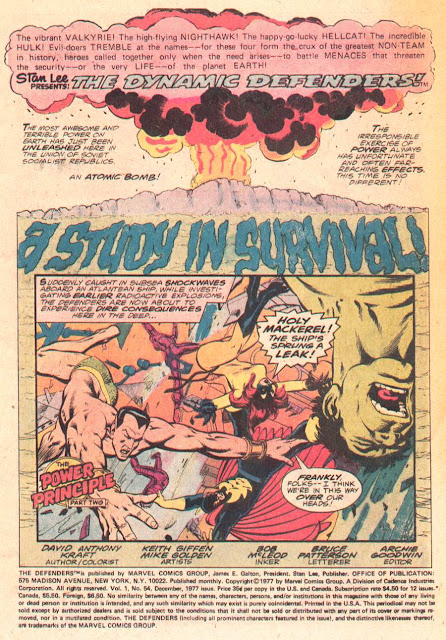 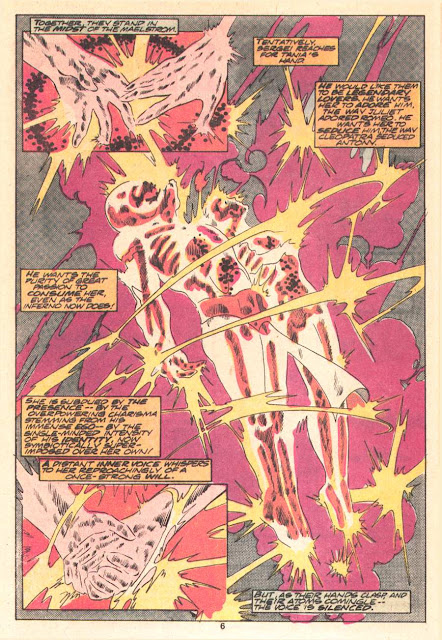 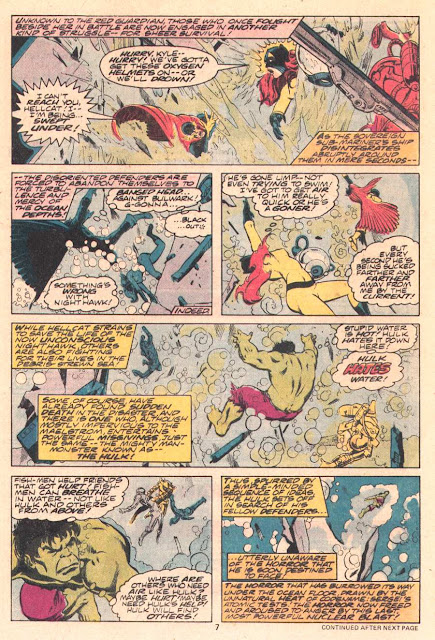 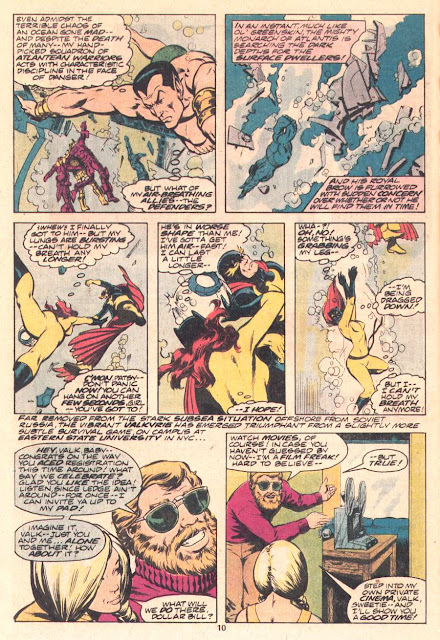 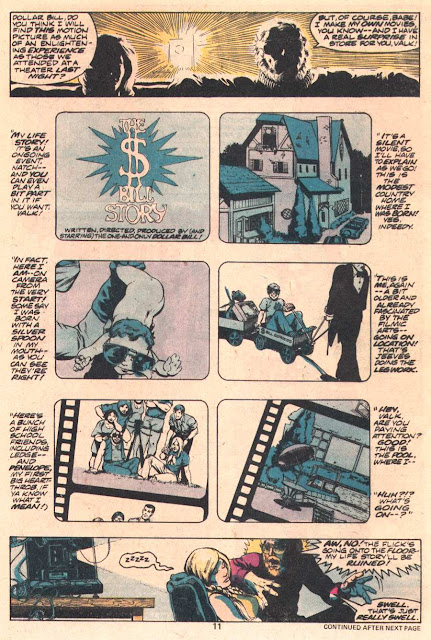 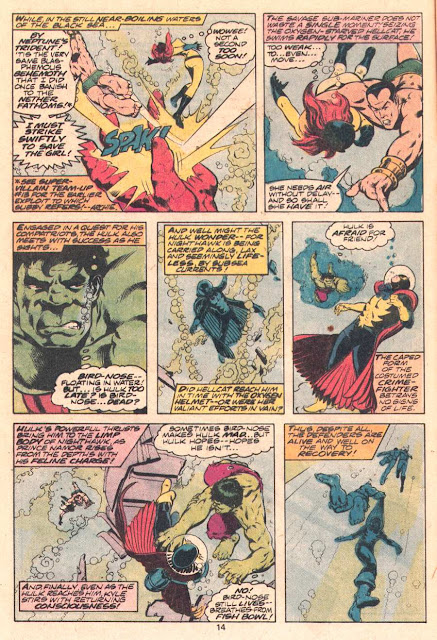 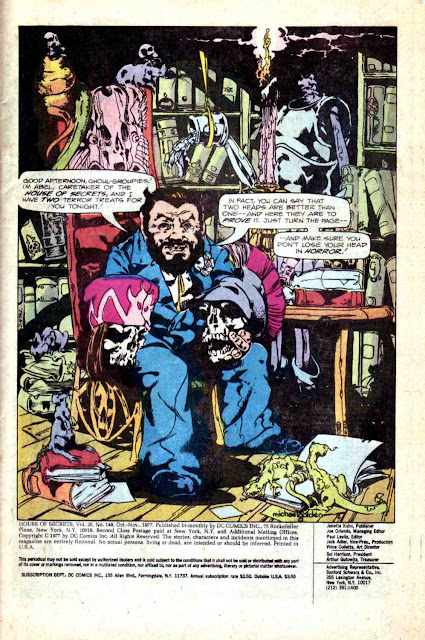 DC finally gave Golden a series, Man-Bat, which was appearing in Batman Family. Here's the splash to his Man-Bat debut from Batman Family #15 (September 1977), just for kicks... 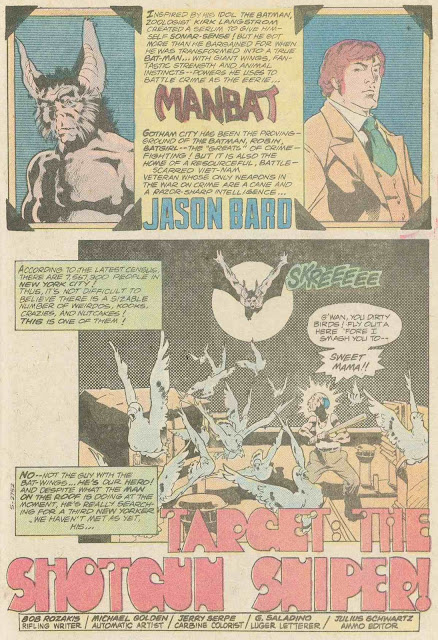 From there it was onward and upward for the talented Mr. Golden. He moved to the lead feature in Batman Family (The Batman, himself, duh!), took over Mr. Miracle after Marshall Rogers left, moved back over to Marvel and helped make mags like Micronauts (in the 70s) and The Nam (in the 80s) must-reads. Along the way, he drew one of the greatest posters ever, co-created Bucky O'Hare (which even spawned a short-lived cartoon), drew dozens of covers, and helped create the X-Men's Rogue. The best part? Michael is still going strong, producing comicbook art that still awes and inspires. He truly is a Modern Master! 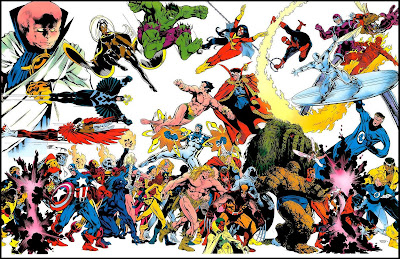