Groove's Faves: "King Konk '68" by Thomas and Sutton (with Severin)

HoowwWOOOOOO's about some hilarious horror today, Groove-ophiles, courtesy Roy Thomas and Tom Sutton (with lots'a help by Marie Severin on the various caricatures)? Yeah, Ol' Groove thought you might dig it! The cover-feature for Marvel's Not Brand Echh #11 (September 1968) was "King Konk '68". As you might expect, it was the Mighty Marvel Bullpen waxing cuckoo about what kinda flick King Kong would have been had it been re-made for 1968. The story is ka-razee, populated with dozens of pop-culture folk, both real and created, movie stars, monsters, TV stars, singers, and super-heroes all get their cameos. The humor is dense, found both in the prose and pictures, but man, you can spend a lot of time having a blast with all of this silliness! Are you ready for it? 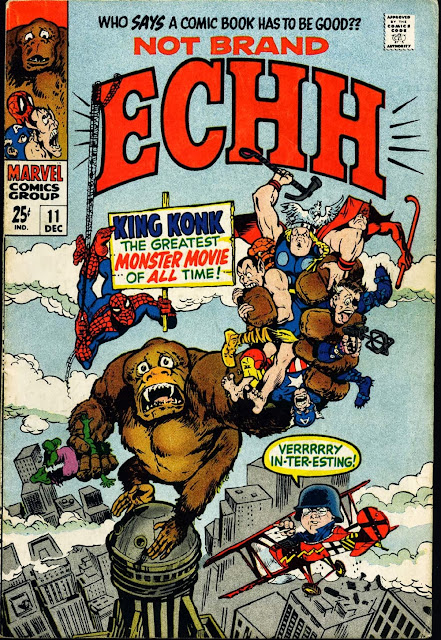 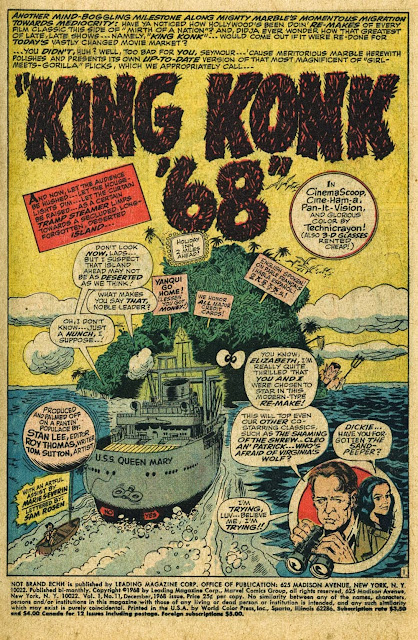 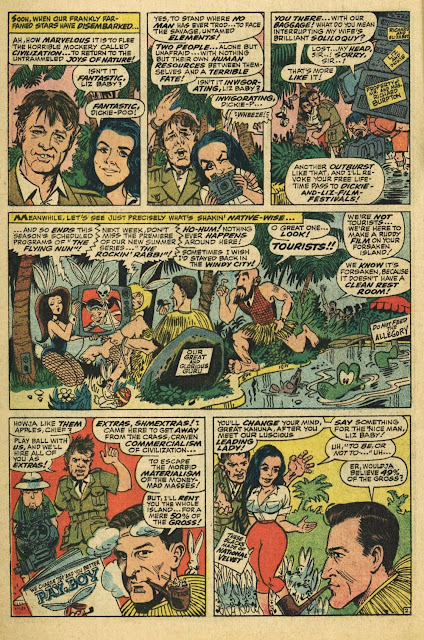 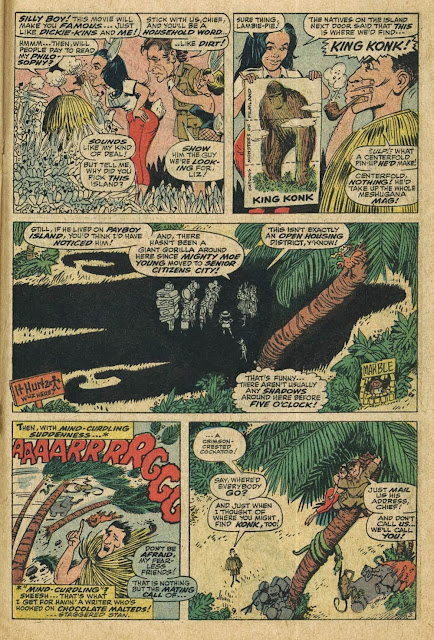 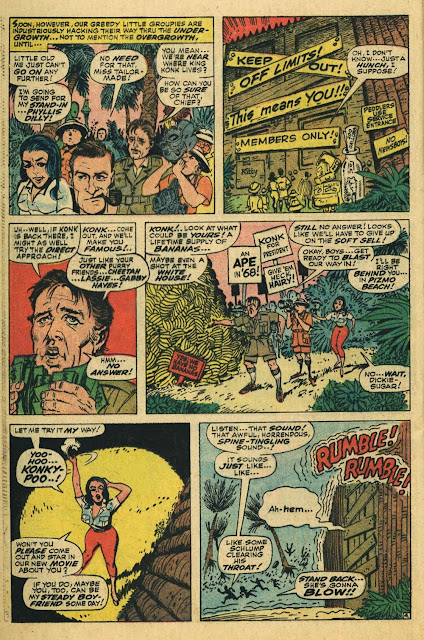 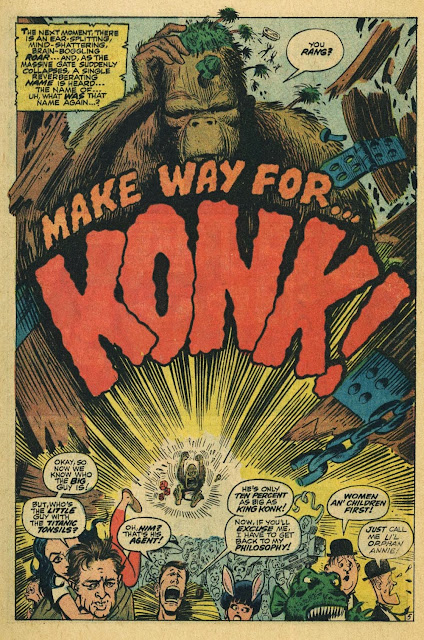 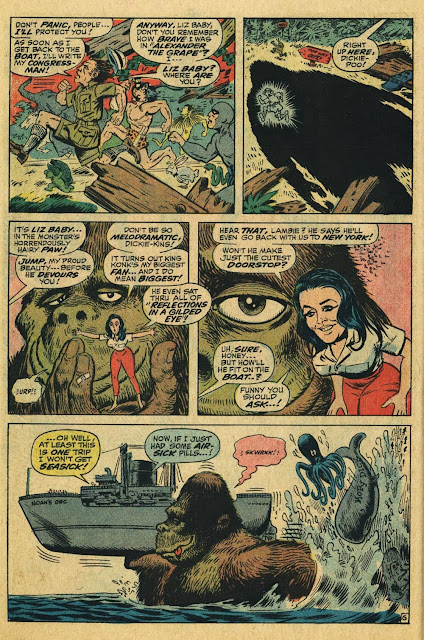 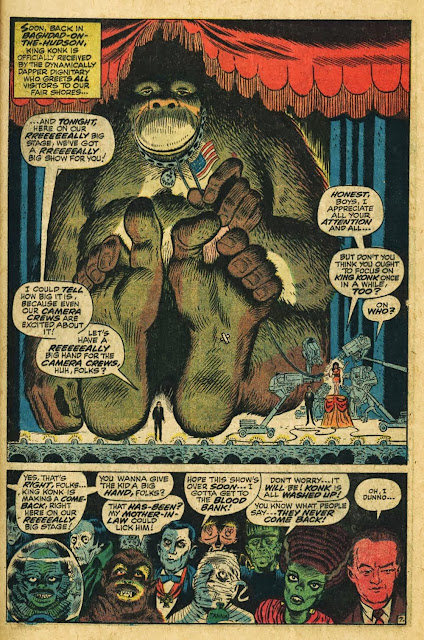 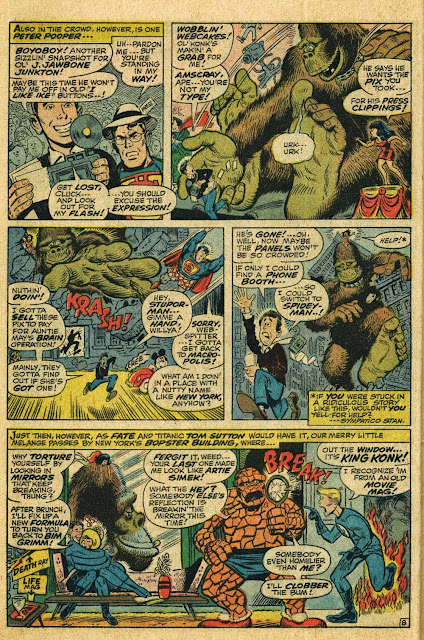 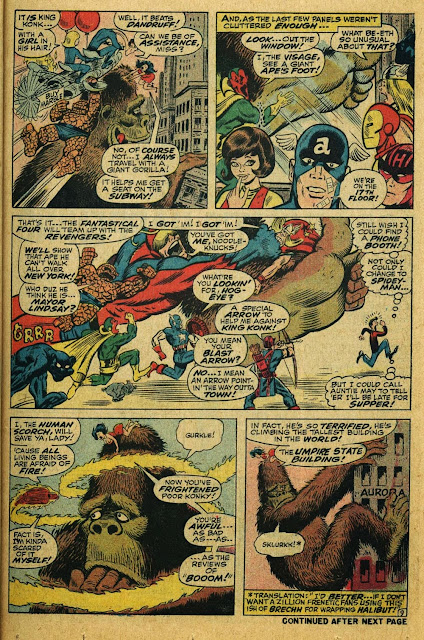 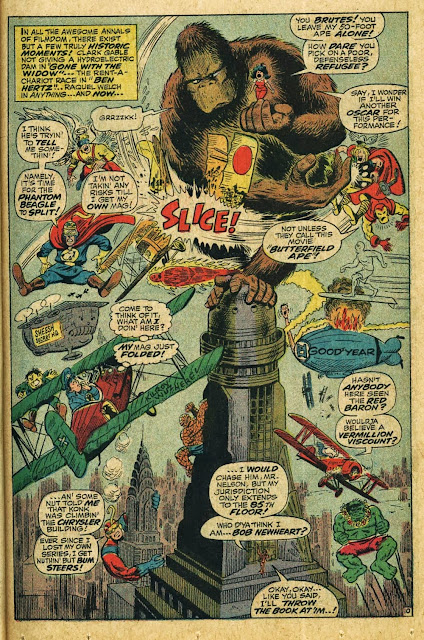 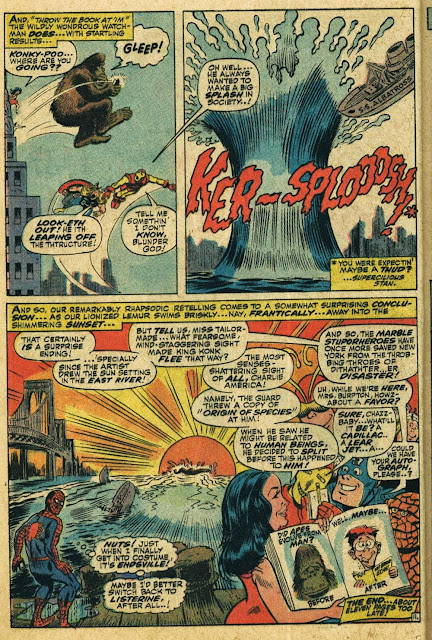