Decent Comics: "Kill Me with Wagner!" by Kirby and Berry

Dig it, Groove-ophiles! A comicbook with a Joe Kubert cover and Jack Kirby story and art just screams "Read me!" dunnit? That's what DC figured when they let Kirby (and inker D. Bruce Berry) take over Robert Kanigher's The Losers feature in Our Fighting Forces beginning with ish #151 (July 1974). For the past four-plus years, The Losers, created by Kanigher by gathering a small group of cancelled DC war features (meaning they were Losers in more ways than one), enjoyed several top artists (including luminaries like Ross Andru and John Severin) and followed the Kanigher War Formula. With Kirby's arrival, Capt. Storm, Johnny Cloud, Gunner and Sarge kept trucking through WWII, their ability to stumble into and out of trouble remained intact, but man, did the thrust of the series take a turn! Gone were the fables of the bravery of our fighting forces and the futility of war. They were replaced by the action-packed, fast-paced, in-your-face Jack Kirby style, filtered through Kirby's experiences (he was a veteran of World War II, ya know), bringing us imaginative and yes, many times outlandish--but always cool!--stories that displayed the brutality of what enlisted men faced when their boots hit the ground. For perhaps the last time during his DC tenure, Kirby was unleashed! Here's his opening salvo, "Kill Me with Wagner!" 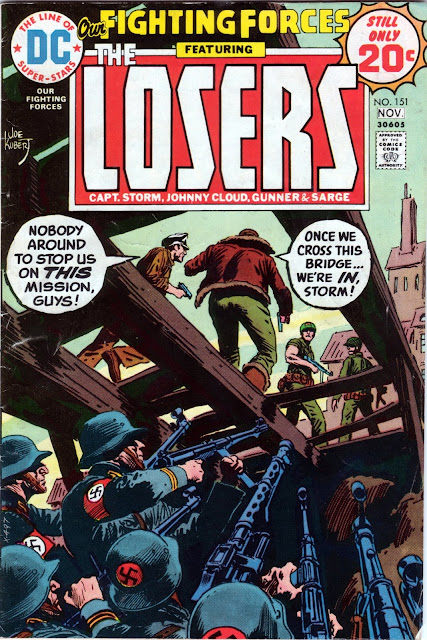 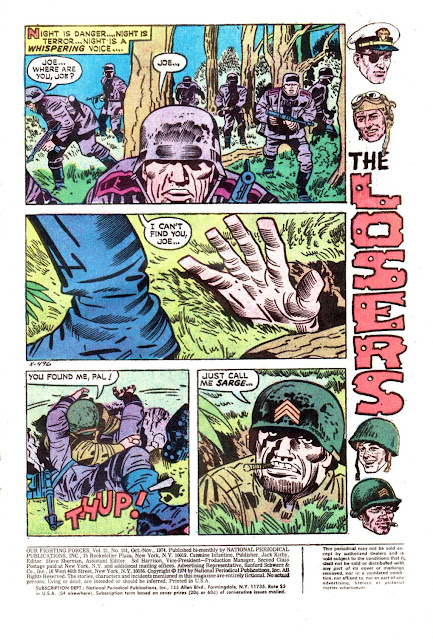 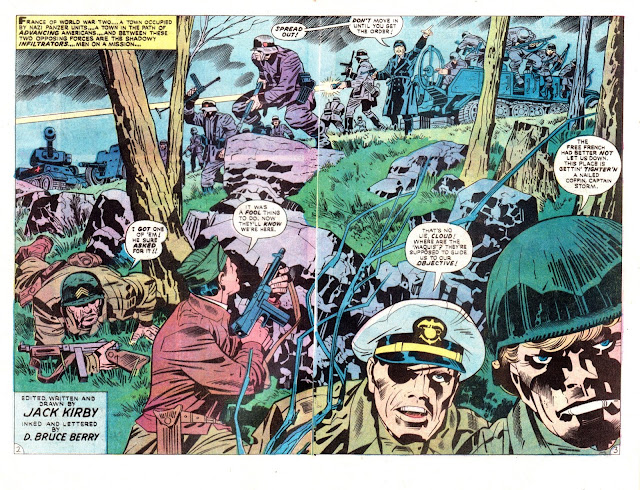 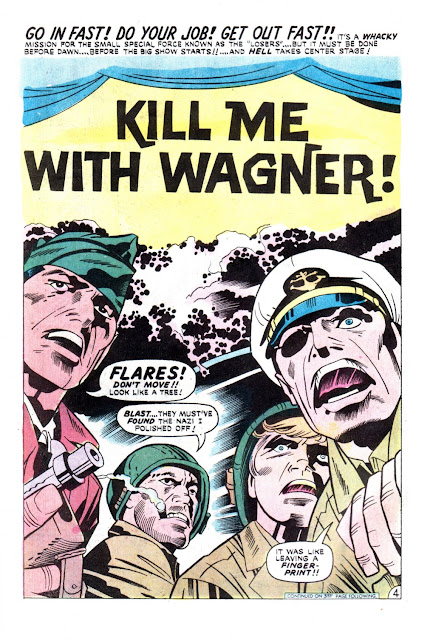 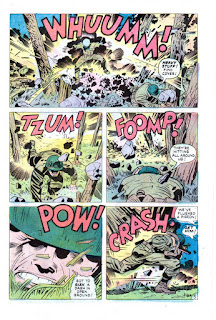 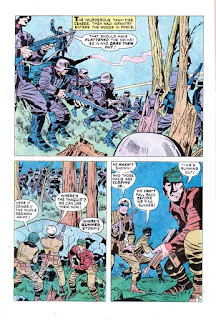 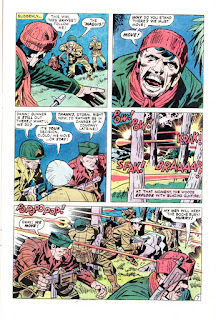 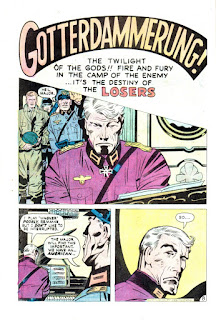 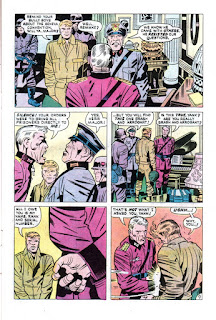 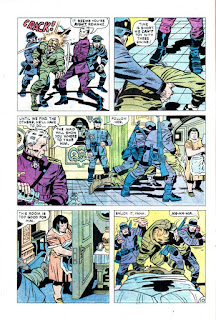 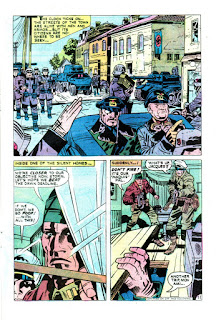 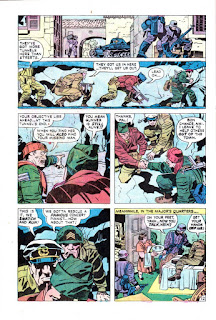 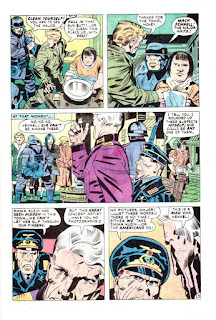 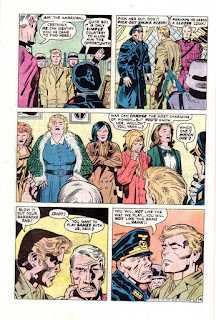 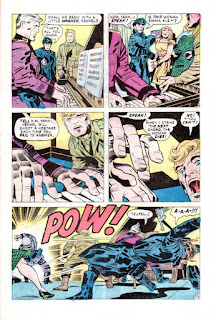 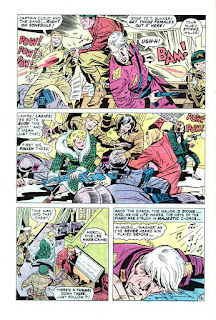 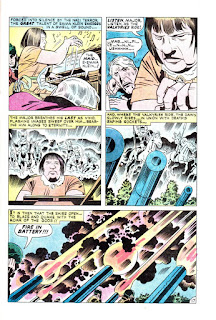 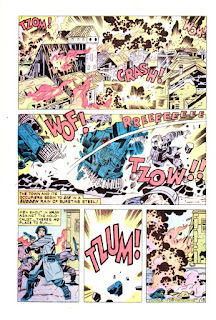 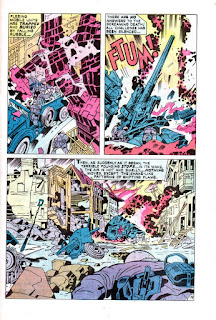 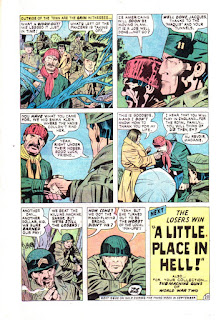