Merry Christmas, Groove-ophiles! Hoping your holidays (or at least your December) at finding you happy, healthy, warm, and ready to dig into some far-out comics! Today we're gonna peek in on the phenomenon that was Glen Larson's Battlestar Galactica. Conceived as a series of TV movies, but quickly morphing into a standard, hour-long weekly series beginning in September of 1978, BG set out to fill the quality sci-fi void felt between Star Wars movies. Expensive, spectacular, and ultimately cursed (the much-anticipated movie-length debut episode was interrupted by an 30-or-so minute special news broadcast--okay, it was important news, the signing of the historic Camp David Accords, but still, it signaled the tough road that lay ahead of this visionary series (it would end in April 1979). Things went a bit better for the comicbook series which also debuted in more upscale formats. It hit the ground running in Marvel Super Special #8 was published both in full-color magazine format and tabloid sized in October 1978. The standard comicbook series made its debut in December 1978 and ran for 23 issues, ending in October 1981. Soooo, that means the comic actually outlasted the TV series by a couple'a years. The first three issues of Battlestar Galactica actually reprinted the MSS #8 movie adaptation (which was also reprinted in paperback format by Ace Books) before plunging into new stories. McKenzie wrote most of the series and Walt Simonson drew the majority of the issues (and even wrote the last few), often inked by Klaus Janson. The fill-ins were by Marvel luminaries like Bill Mantlo, Steven Grant, Rich Buckler, Sal Buscema, and Jim Mooney, so it's no wonder the comicbook series outlasted the show, huh? Okay, enough rapping, let's read! Here's the first chapter of "Battlestar Galactica" from BG #1! 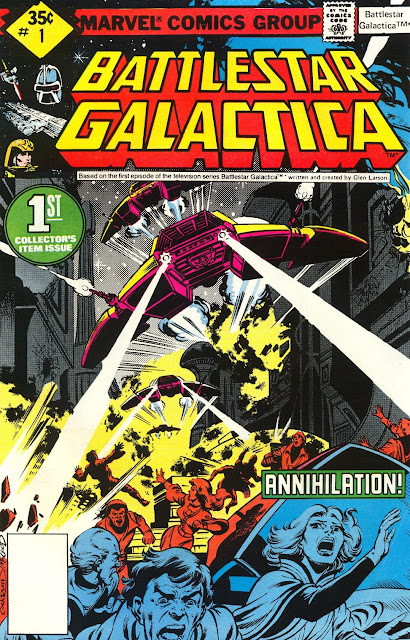 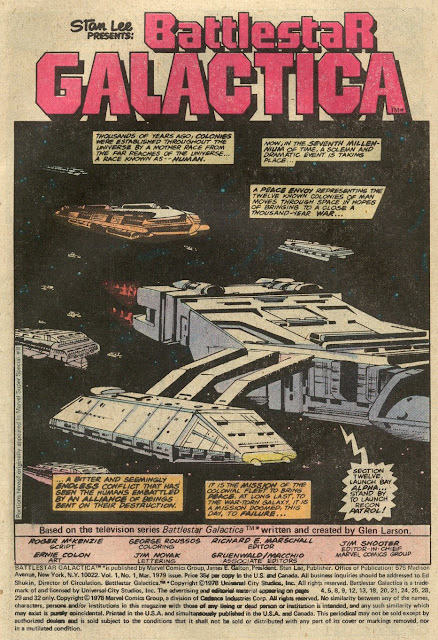 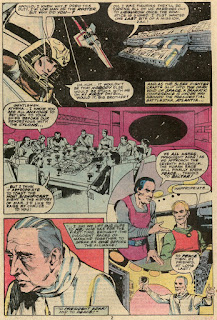 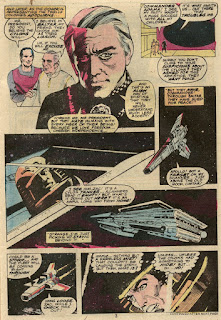 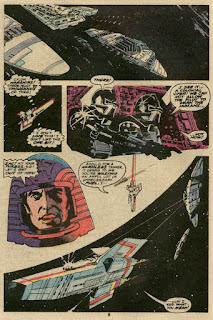 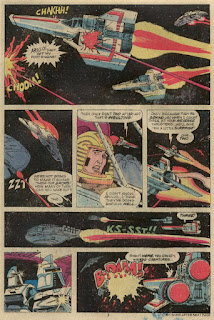 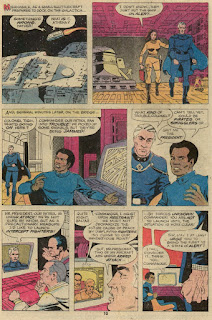 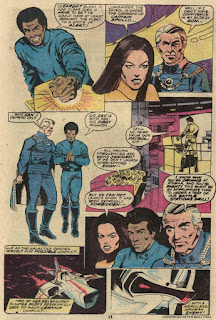 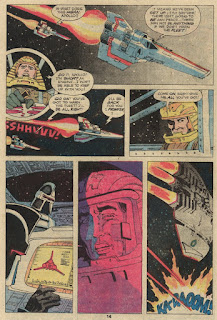 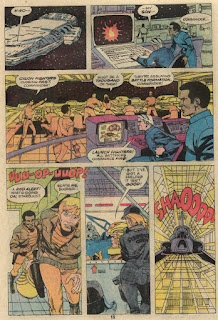 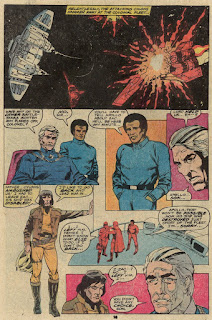 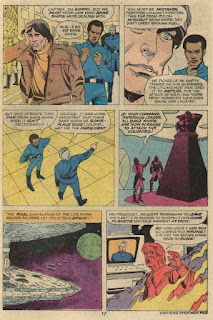 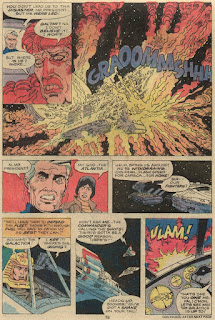 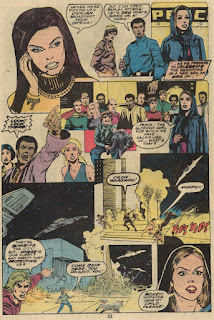 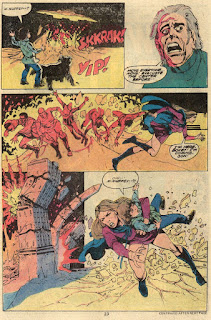 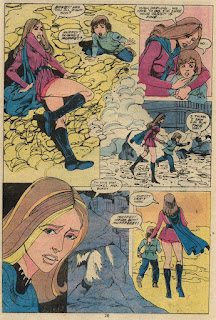 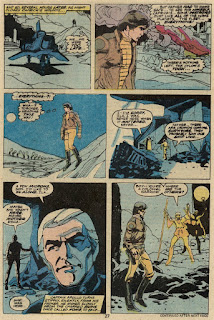 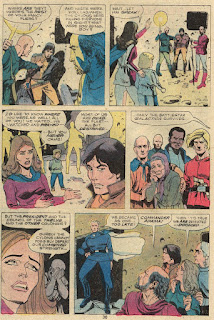 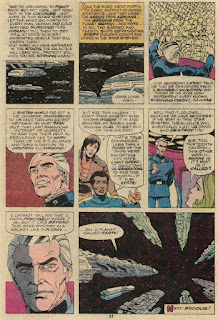