In an age of sad news, here's a bit more, Groove-ophiles: Mad Magazine's master caricaturist Mort Drucker passed away Wednesday, April 8, at age 91.  While Drucker drew comics for many years before his association began with Mad, it was his movie and TV parodies in that world-famous mag that made him a super-star. Drucker's parodies appeared in an amazing 228 of Mad's 550 issues! Drucker's caricature  art also appeared on famous magazine covers, including a 1970 issue of Time Magazine that is now enshrined in the National Portrait Gallery. 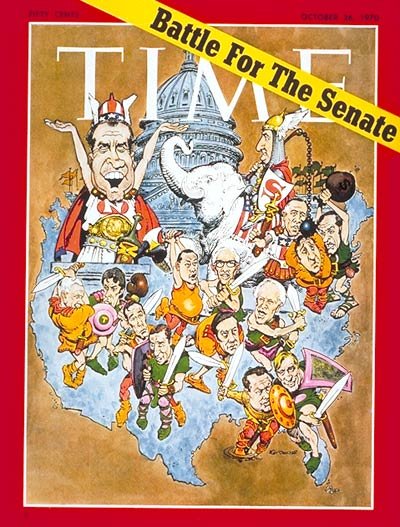 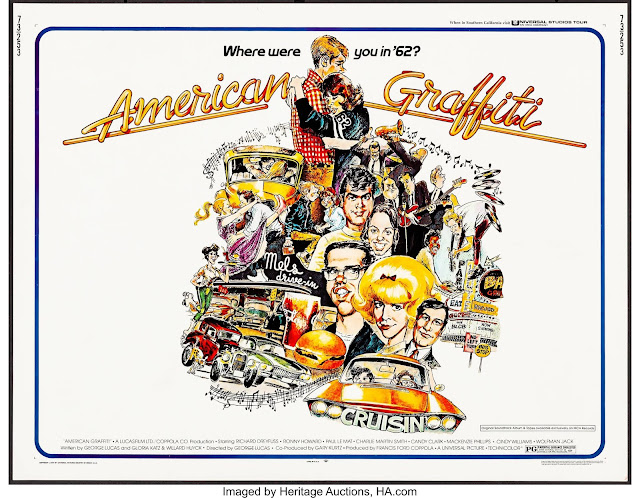 To those of us growing up in the Groovy Age, Mr. Drucker was as much a part of our pop culture as any of the politicians, sports, rock, TV, or movie stars he so deftly lampooned with his amazing art. I chose to share the following movie parody, "The Poopsideown Adventure" (from Mad #161, cover-dated September 1973, written by Dick De Bartolo) for a couple reasons: one, because it lampoons one of my favorite 70s flicks and two, because it showcases Drucker's abilities by letting him draw a huge all-star cast of celebrities (plus all the extras he tosses in for the fun of it). We'll never forget the talent of Mort Drucker! 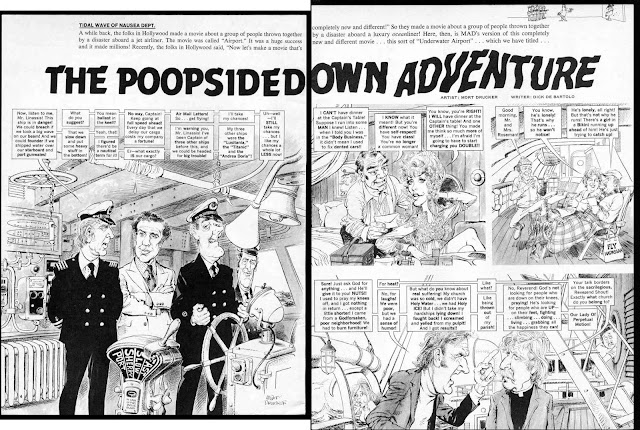 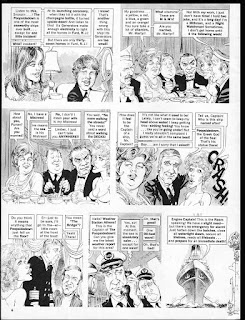 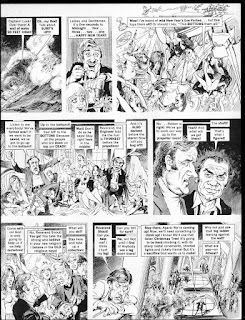 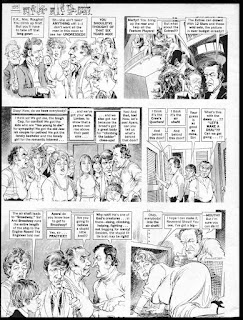 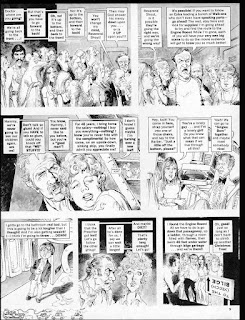 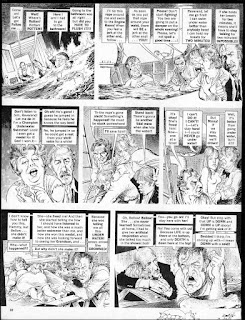 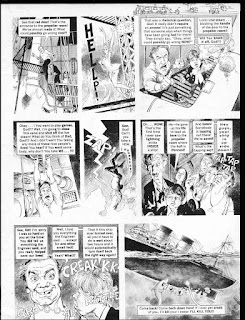