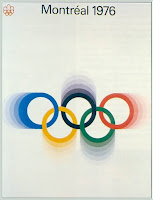 Do you remember the Montreal Olympics of 1976? Nadia Comăneci, the U.S. boxing dream team of Sugar Ray Leonard, Leon Spinks, Michael Spinks, Leo Randolph, and Howard Davis Jr., and Queen Elizabeth II opening the whole shebang? (If you don't, getouttahere! No, just kidding. Follow those links and learn something, Junior!) Well, whether they knew it or not, Mighty Marvel won three medals that fateful summer, awarded by yours truly, the Groovester! Travel with me now, back to that magical summer...and I won't even mention the Bicentennial, the presidential election, or Jimmy Carter. (Oops. I think I just did...sorry!) Anywho, let's go down to the Olympic Stadium for the results...

The Bronze Medal for grooviest black and white mag of the Summer of 76 goes to...Doc Savage #5! Not only is it only natural for the Man of Bronze to win the bronze, but this particular issue was EXTRA--er--bronzey--for the inclusion of Doc's cousin, Pat Savage! Writer Doug Moench and artist Tony DeZuniga will accept the award on Doc's behalf.

The Silver Medal for grooviest resurrection of a forgotten (but very groovy) Silver Age Character goes to...The Avengers #152! After Stan Lee and Don Heck introduced and killed off Simon (Wonder Man) Williams in the immortal Avengers #9, writer Gerry Conway and artist John Buscema brought him back as a zombie. Don't worry, he got better and joined the team soon after.

And the Gold Medal for the grooviest final issue of the Summer of 76 goes to...Warlock #15, naturally! After bringing the Golden Gladiator (they really called him that sometimes, honest) back from from comicbook limbo in Strange Tales #178, then making Adam Warlock so popular he was returned to his own mag (Warlock #9), Jim Starlin was rewarded with--sudden cancellation! Way to go, Marvel! The mag ended with a huge cliffhanger--and I do mean HUGE as Adam had literally outgrown the solar system. Don't know what Judo Jim had in mind for clearing that up, but we did later learn that Adam got better after teaming up with Spider-Man in Marvel Team-Up #55.

That's it for now! If you're really nice and eat all of your vegetables, maybe I'll spill on who won the big medals for 1972 and 1980! Stay tuned!
Posted by The Groovy Agent at 3:50 PM