Dig it, Groove-ophiles! While John Costanza is best remembered as an ace comicbook letterer, he's also a dyn-o-mite cartoonist, to boot! He did tons of humor strips for Gold Key, lots of humor fillers for DC's war mags, and every once in a while he'd do a one-page filler in some other DC comics. In Aquaman #'s 49 and 51 (November 1969, February 1970), Costanza gave us Scuba-Man. Super-Goof appeared in Detective Comics #392 (August 1969), and in Teen Titans #27 (March 1970) and Tomahawk #140 (March 1972) his fillers sort of echoed the lead feature's setting (the moon for the Teen Titans issue and the great outdoors for Tomahawk). Rarely seen stuff here, Groove-ophiles! Hope ya dig it! 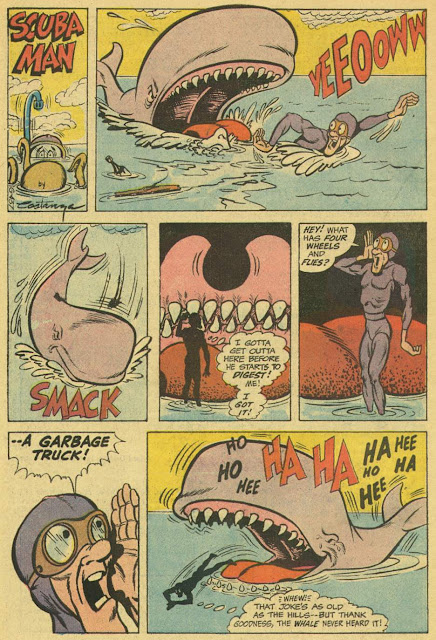 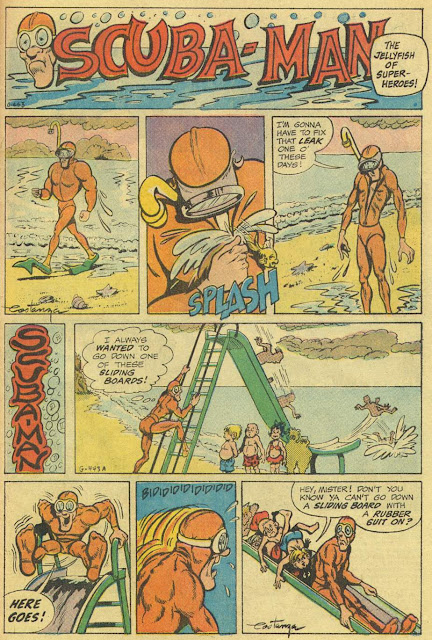 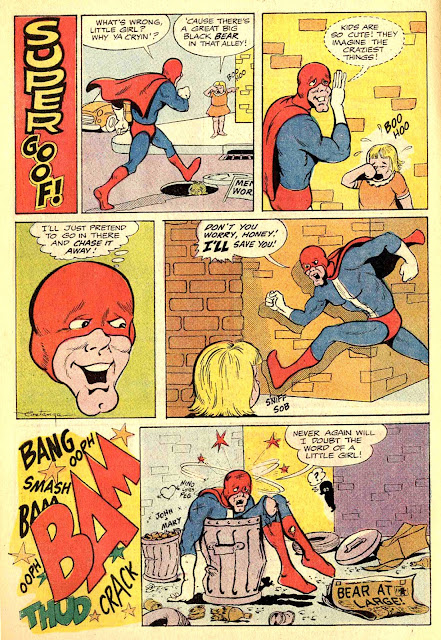 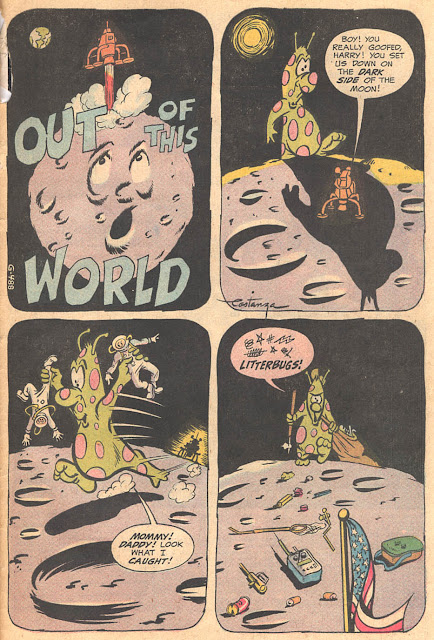 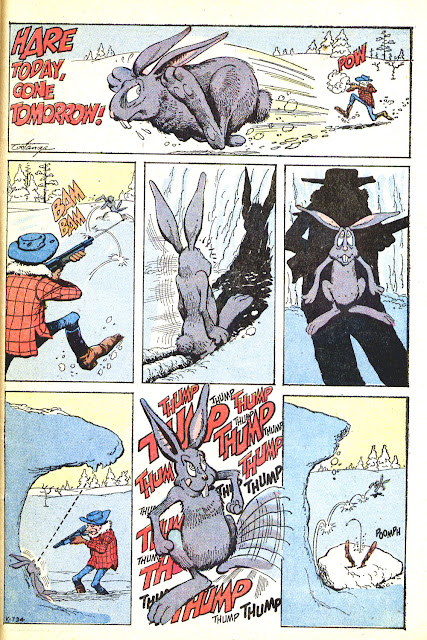