Happy birthday, Joe Staton! One of Groove City's absolute favorite artists is celebrating today, and we wanna help celebrate in our own small but far-out way! As most of you know, Joe's snazzy art has graced the pages of tons of comics from most every publisher. He's especially revered for his co-creations E-Man, Mike Mauser, and the Huntress, as well as his art on comics featuring the Avengers, the Hulk, the Justice Society, Green Lantern, Legion of Super-Heroes, and so many more (right up to the Dick Tracy strip and E-Man revival--in Charlton Arrow-- going on right now)! Did ya know that Joe drew several Superboy solo-stories during the Groovy Age? No jive! Joe drew several issues of the Superboy strip in Adventure Comics (in 1977/78 between the Aquaman and Dollar Comics eras, issues 456-458), and stayed on when the Boy of Steel moved to the front of Superman Family (issues 191-194 and 196 in 1978/79). Would you like to see the smashing splashes from those super stories? Well, then, here ya go! 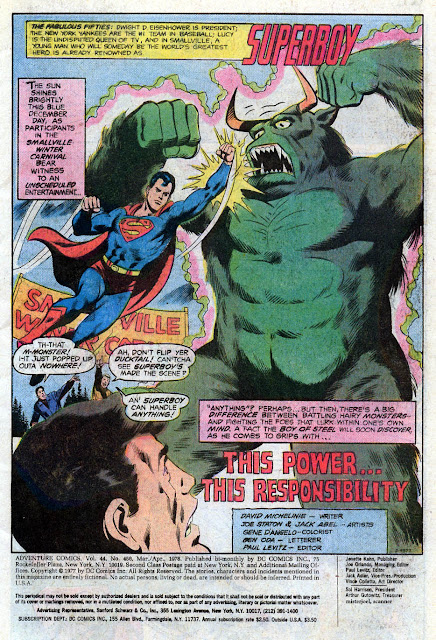 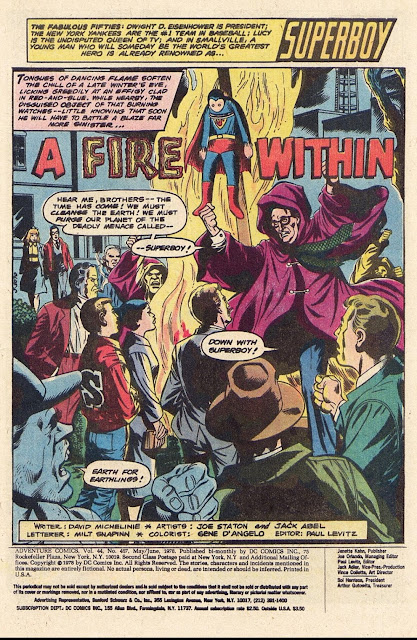 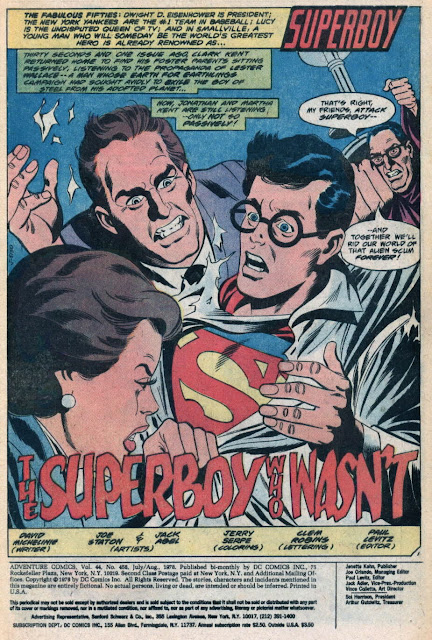 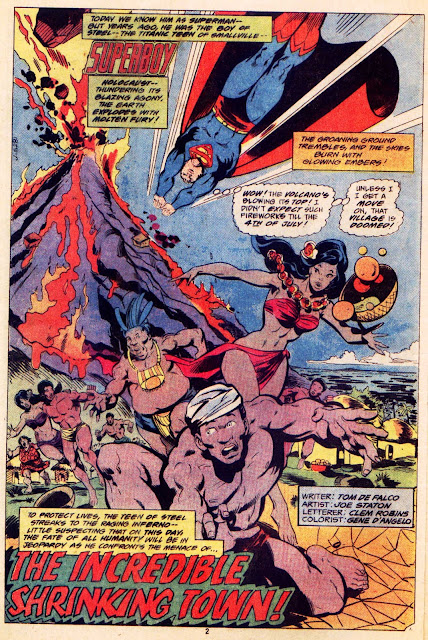 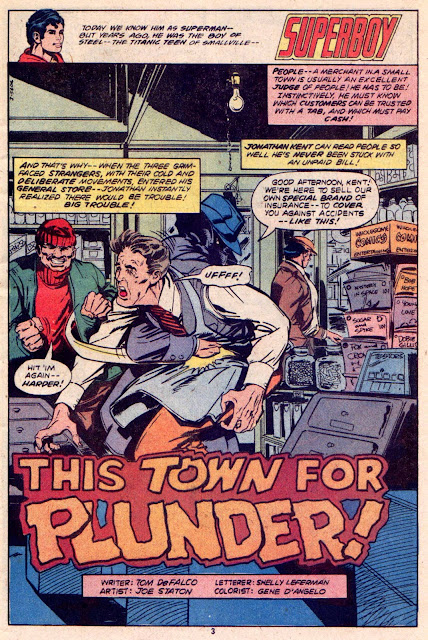 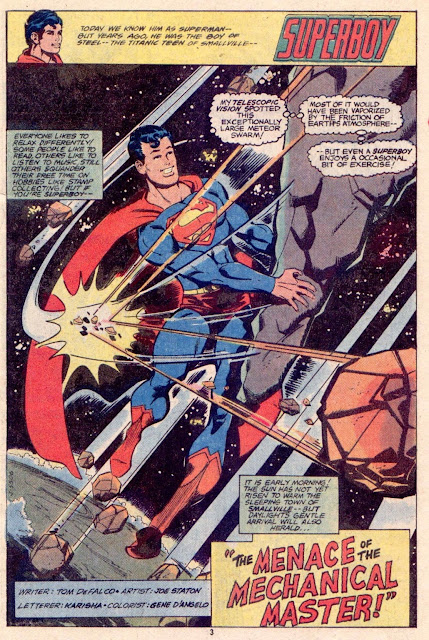 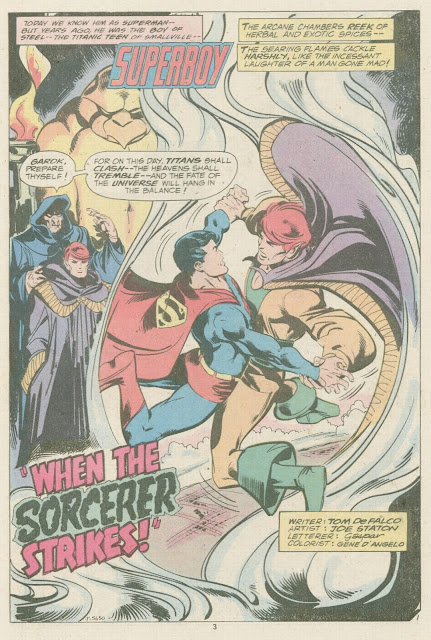 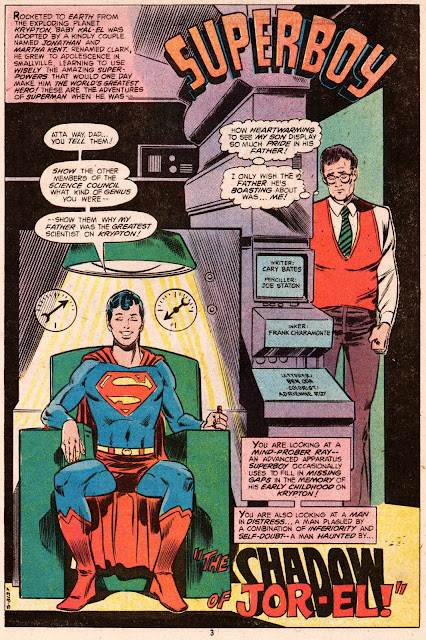