Check it out, Groove-ophiles! Rudy Nebres is another was another Filipino artist whose art made a huge impact on the American comicbook scene during the Groovy Age. He mostly worked as an inker, but he also did full art on many U.S. features (Ol' Groove's fave example being his work with Chris Claremont on Iron Fist in Deadly Hands of Kung Fu issues 19-24--you can read 'em starting right here, btw). He inked several Conan and Kull stories, which was cool, too--but t'was a rare treat to get to see Mr. Nebres penciling and inking till his talented heart's content as he did on the following portfolio featuring some of Robert E. Howard's greatest creations (and Red Sonja, too). Feast your eyes on these mini-masterpieces from Savage Sword of Conan #39 (January 1979), baby! 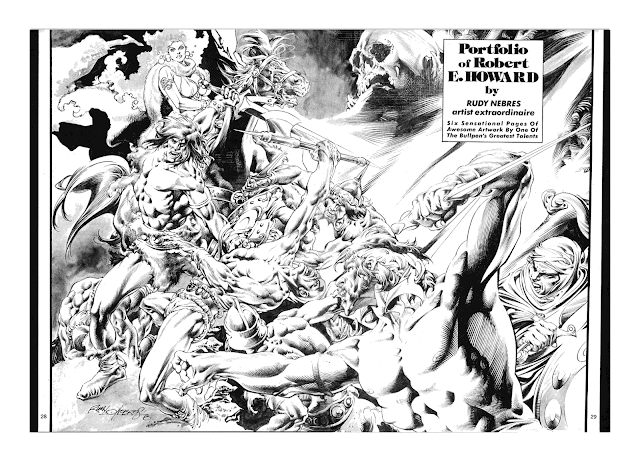 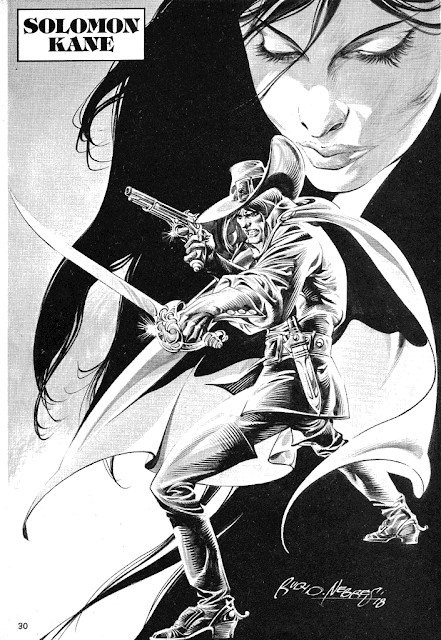 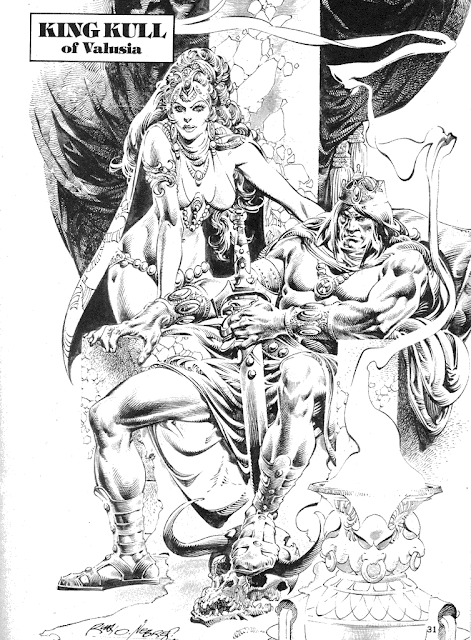 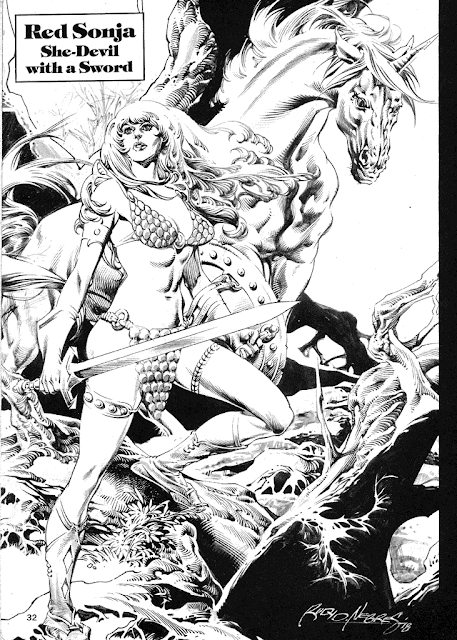 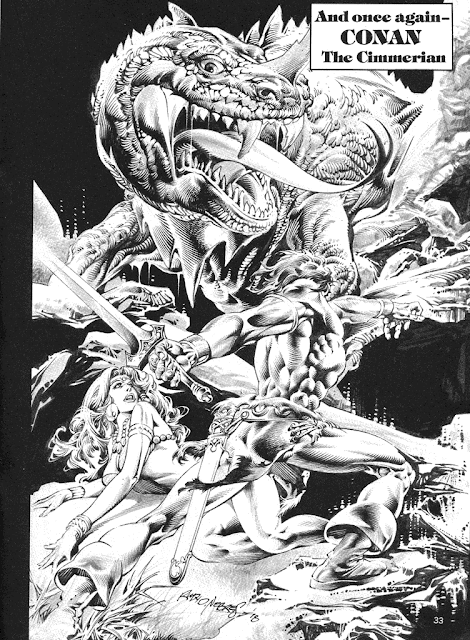