Hey, hey, hey, Groove-ophiles! How 'bout some King Kirby? Did you ever grab a mag 'cause the cover looked cool and you could'a cared less about what was inside? Mike (The Shadow) Kaluta covers had a habit of making Young Groove do that very thing. After the cool and creepy Kaluta cover on Weird Mystery Tales #1 (April 1972) screamed my name from the spinner rack, I plunked down my twenty cents and headed for the car. I flipped open to the first page and there was some spooky guy named Destiny staring back at me--illoed by Bernie (Swamp Thing) Wrightson, no less. Next to him was a slightly smallish splash panel done up by, wonder of wonders, Jack Kirby (and inked by Mike Royer, natch), himself. It was strange to see a Kirby story in a mag without a Kirby cover, but it was the Groovy Age, baby! Expect the unexpected! As usual, The King blew me away. "Horoscope Phenomenon or Witch Queen of Ancient Sumeria?" might've had a goofy title, but it featured the Kool Kirby Karacter designs I'd come to love and expect, this time featuring various members of the Zodiac (not the Marvel bad-guy group, Gilligan--I mean the "What's your sign?" Zodiac). I didn't know it at the time (and actually could'a cared less back then) but this terror-tale was created for Jack's defunct black and white horror mag, Spirit World. A few more of those unpublished tales would find their way into early issues of Weird Mystery Tales--and once I knew Kirby'd be featured in WMT, Young Groove would be looking for 'em! Are you ready to enter the Spirit World, Groove-ophiles? 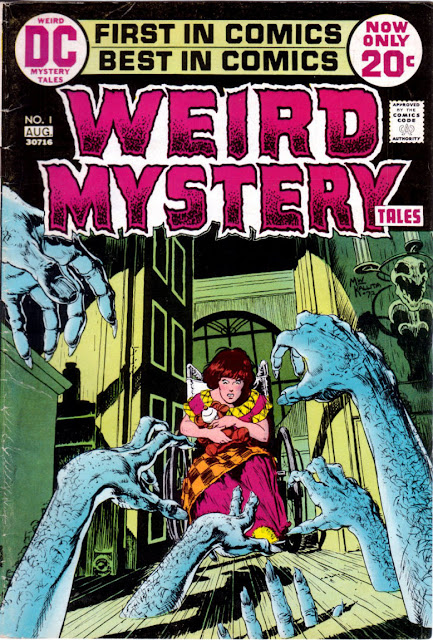 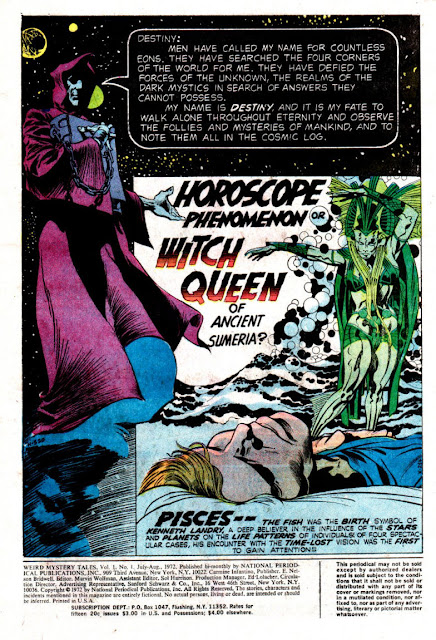 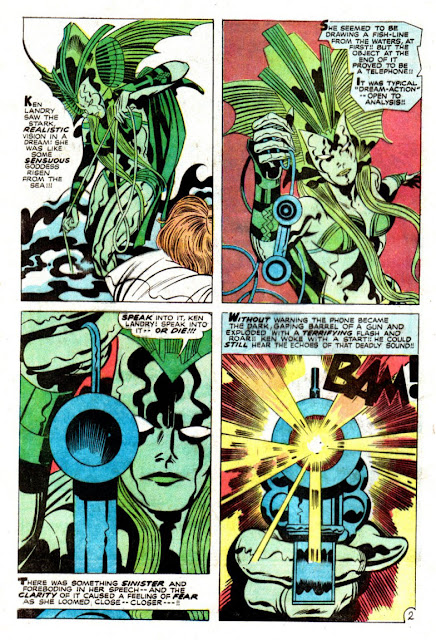 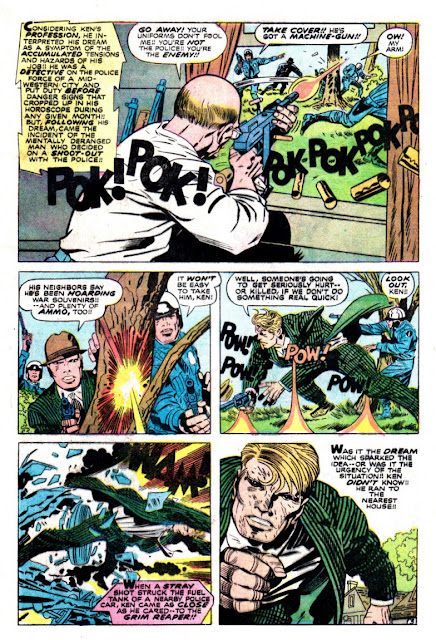 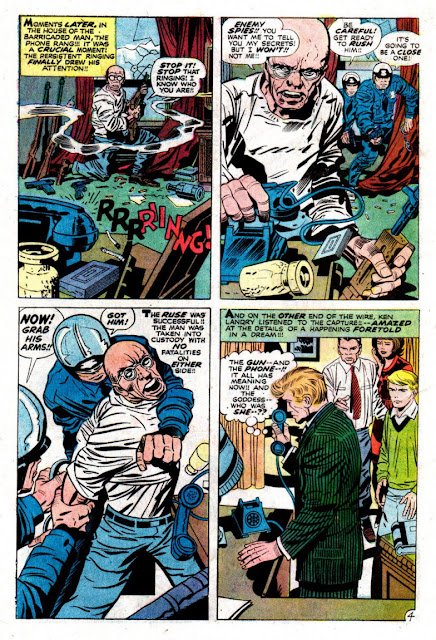 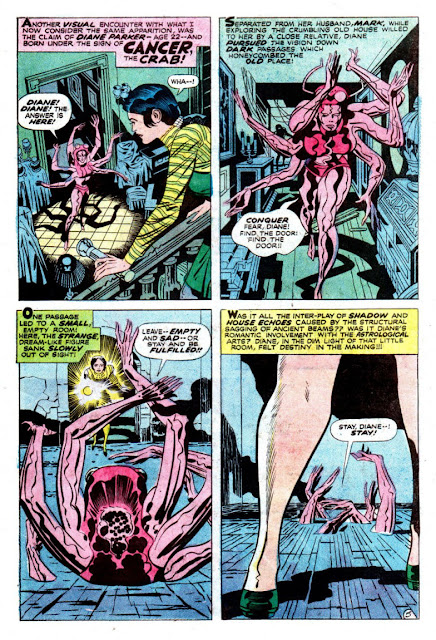 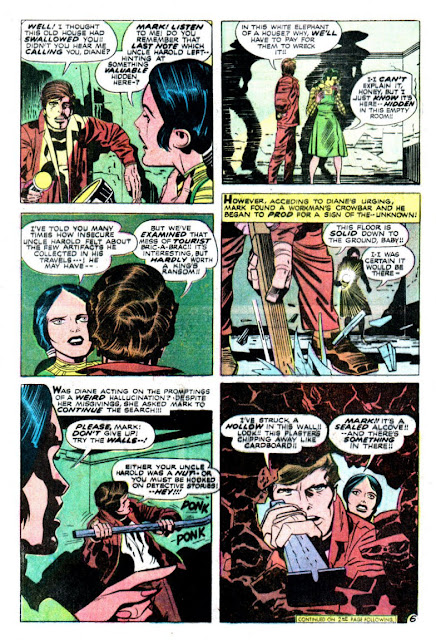 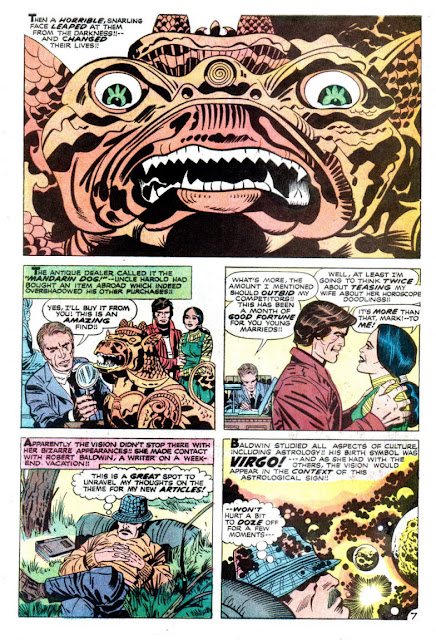 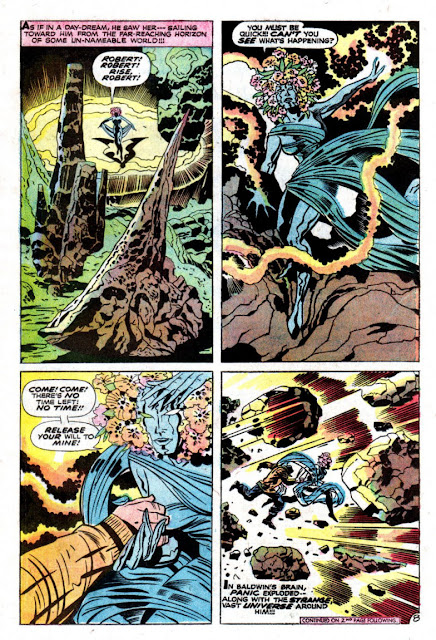 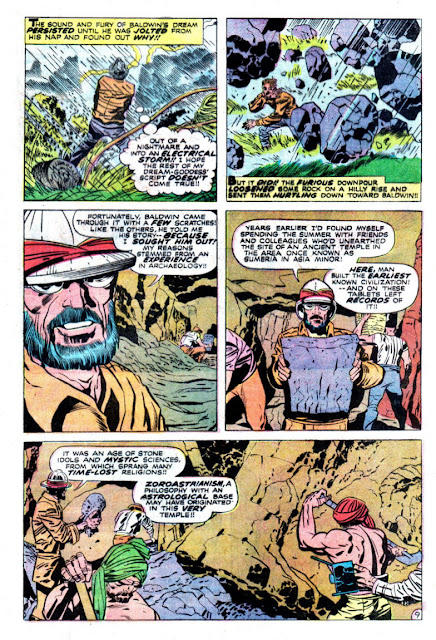 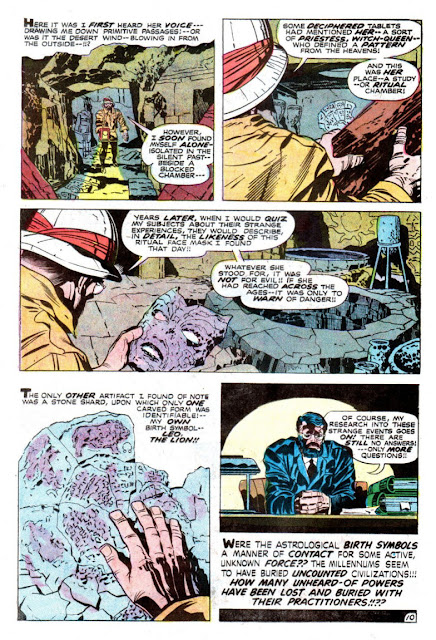