Bring on the Back-ups: "Return" by Boudreau and Simonson

Today we observe Veteran's Day here in the good ol' U.S. of A., and Ol' Groove would like to take a moment to thank those men and women who put on the uniforms and risked their lives for the cause of freedom. Now, the following tale isn't the traditional war tale one would expect to see for such a tribute, but since when do you expect "traditional" here in Groove City? Fans of war comics and sci-fi comics alike can certainly dig a futuristic fable like Gerry Bourdreau and Walt Simonson's "Return" from Star Spangled War Stories #180 (February 1974), don'tcha think? 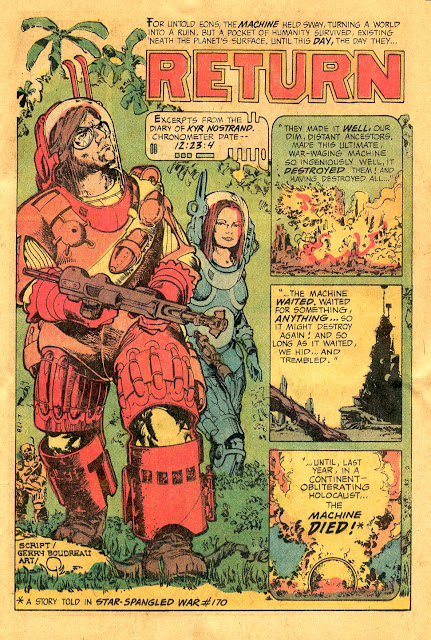 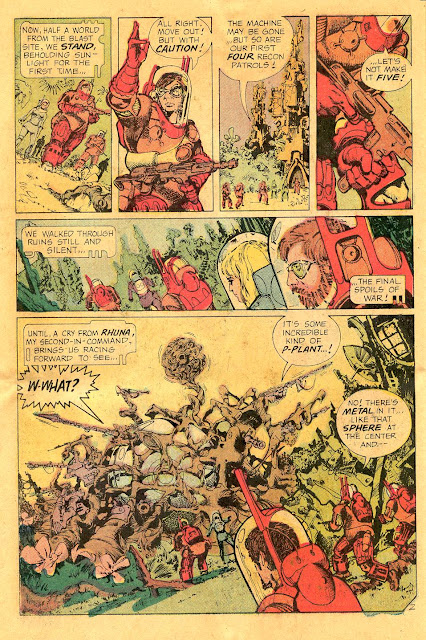 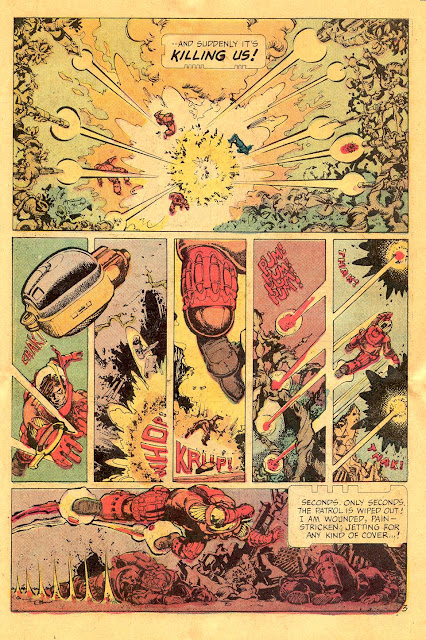 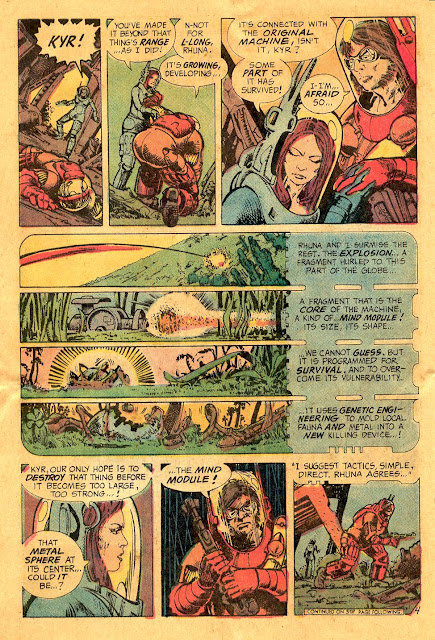 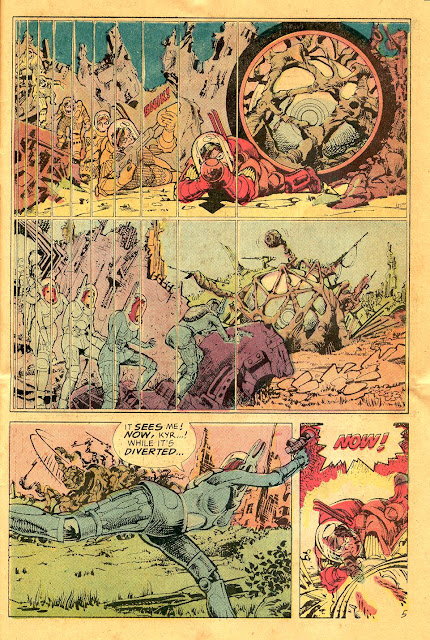 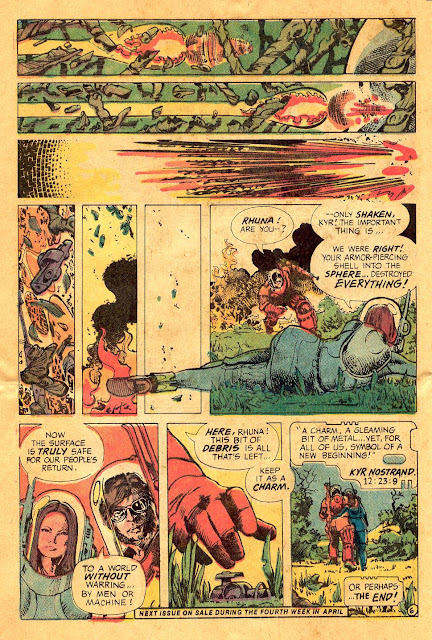 Is it just me, or does Kyr look a lot like Howard Chaykin did back in the Groovy Age? And is that Wondrous Walt, himself, on page 2? Hmmmmmmmm...
Posted by The Groovy Agent at 12:02 AM