What it is, Groove-ophiles! Jaunty Jim Steranko mentioned it in his editorial in FOOM Magazine #1, but it wasn't until getting the second ish that Young Groove realized that Marvel was really serious about their FOOM Character Contest. All'a those cool looking characters other FOOMers were coming up with spurred me into creating...Bird Boy! Thankfully, Marvel was merciful as well as mighty, and didn't run my illegible illo (complete with traced Neal Adams Robin head! Though they did include my name in the contestants list in FOOM #3...) 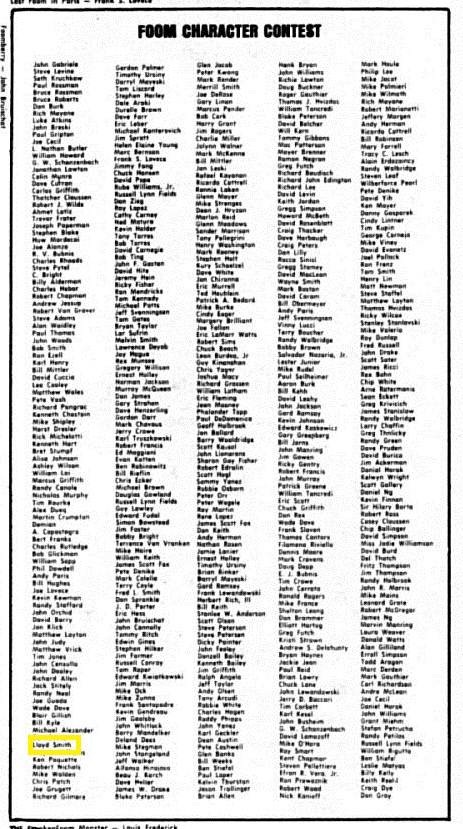 Bet you'd like to see all of those cool creations the elite of Marveldom Assembled concocted for FOOM numbers 2-4, wouldn't ya? As ever, Ol' Groove aims to please... 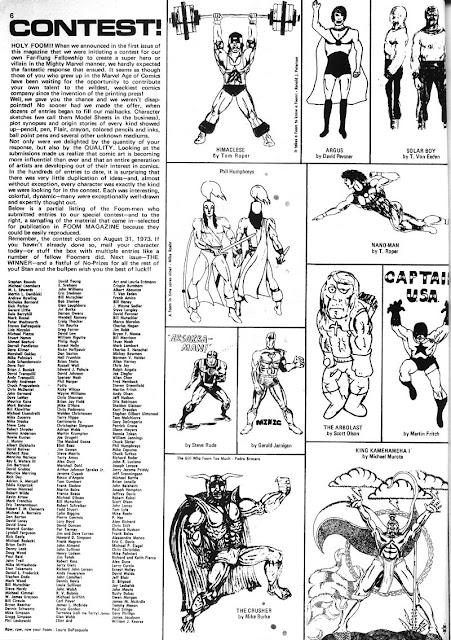 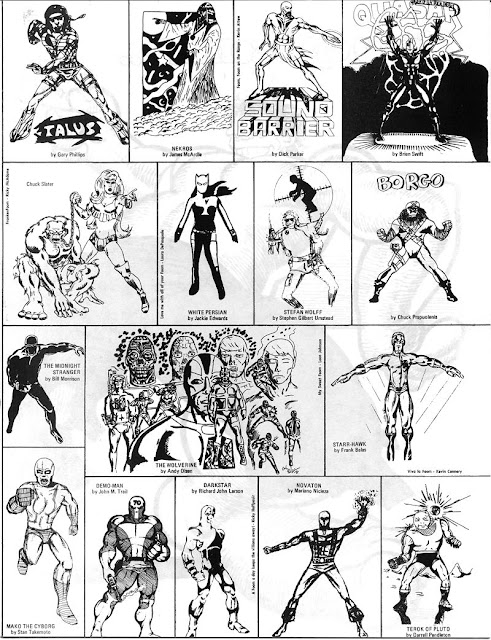 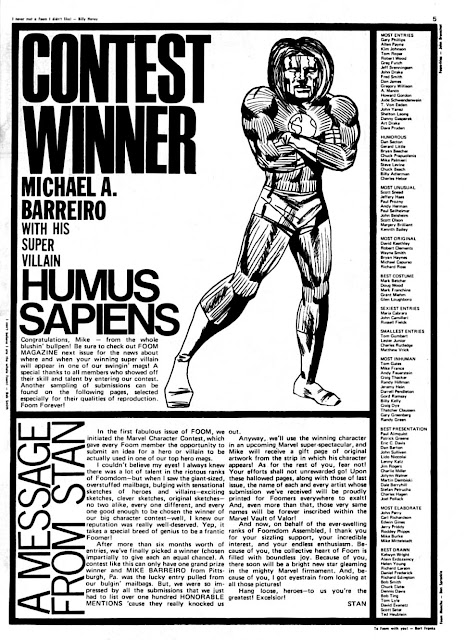 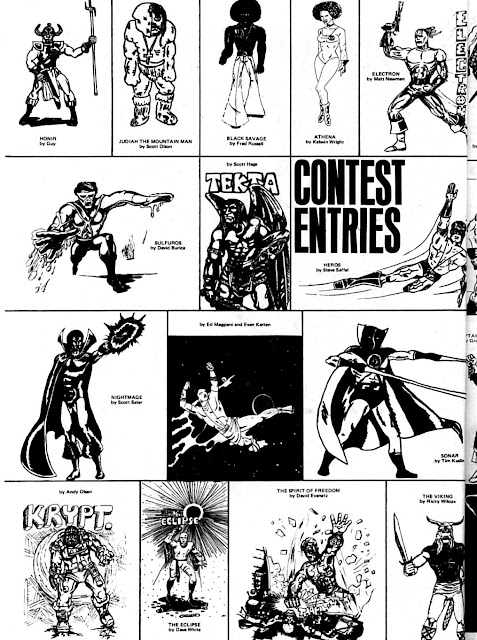 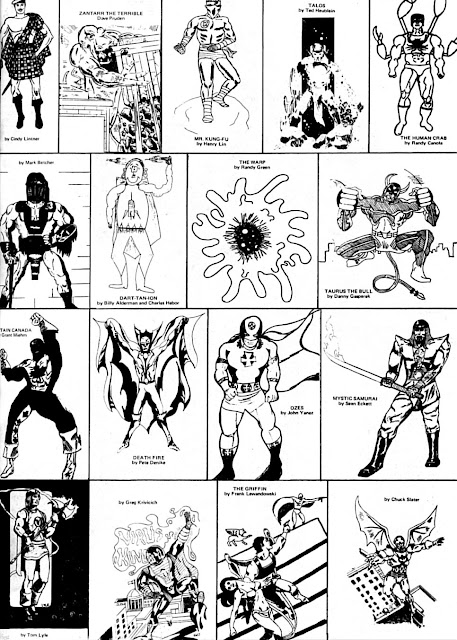 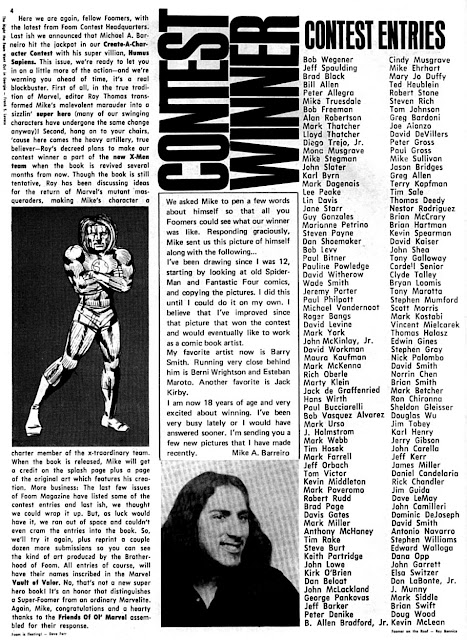 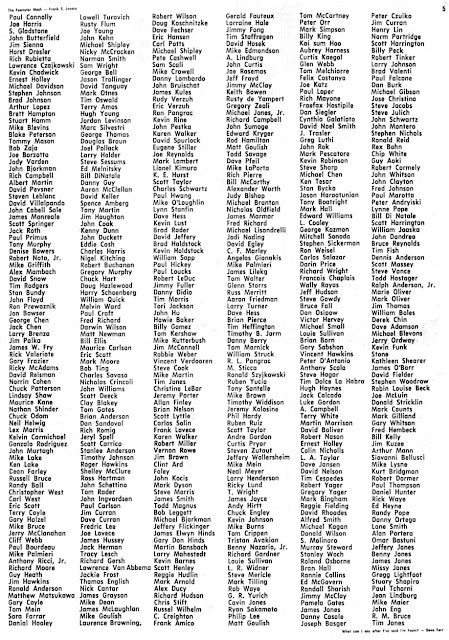 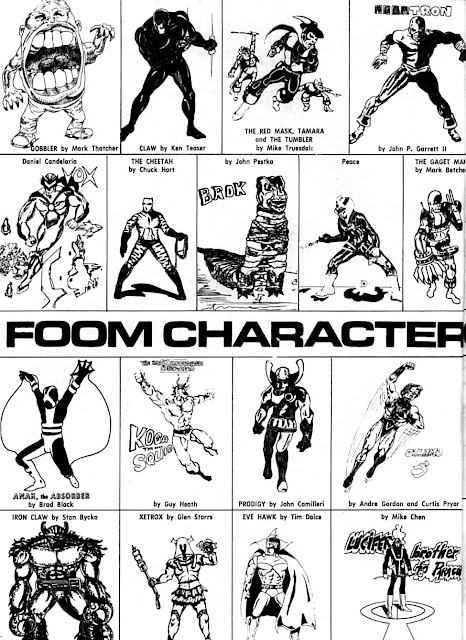 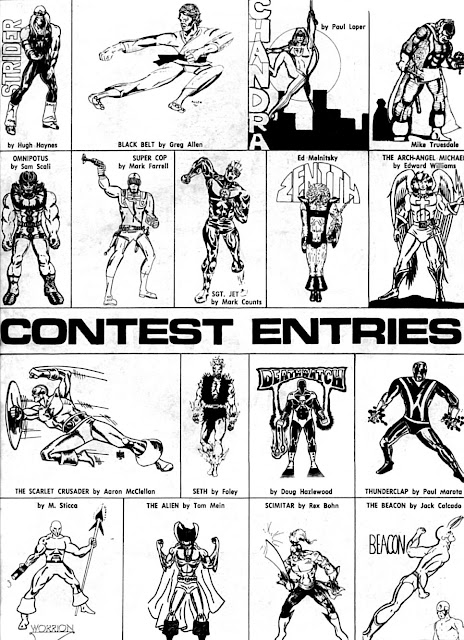 Winner Mike Barreiro had to wait a little longer than expected for his character Humus Sapiens to make his debut...28 years, in fact! Yep, though Humus Sapiens won the 1973 contest, he didn't appear in a Marvel comic until 2001...and even then, it wasn't in X-Men, but Thunderbolts, and as Humus Sapien, sans the "s" at the end of his monicker. Dunno much about the character, but his power must be super-patience...

Did'ja notice there is a character in there by the name of Wolverine? And check out the background depicting his origin. Makes ya go, "hmmm", huh?

And did you catch some of those contestants' names? Are they who we think they are? Steve Rude? Trevor von Eeden? Rich Larson? Grant Miehm? Mike Chen? Dough Hazlewood? Bill Morrison? Steve Saffel? And who did I miss? Any of you Groove-ophiles represented in those pages?
Posted by The Groovy Agent at 12:02 AM