Greetings, Groove-ophiles! Here's another one of those comics in which the art saves a kinda silly story from being a total flop. Not that Linda Fite was a bad writer, it's just the whole idea of controlling bulls to...well, you'll just have to read it for yourself. Funny, when I was a Young Groove I thought Man-Bull was a pretty far-out baddie. Can't figure out why I thought that after reading this tale from Claws of the Cat #4 (March 1973). The art combo of Jim Starlin, Alan Weiss, and Frank McLaughlin was very enjoyable to me, though. Looks like Starlin layouts throughout, but most of the figures--except for Man-Bull and his alter-ego which look very Starlin-esque--look like Weiss' handiwork. The gals, especially Greer (the Cat) Nelson, have that long, lean Weiss look to 'em. McLaughlin's inks were heavy, but I think they complimented Starlin quite well, and weren't bad on Alan. Anyway, turn off your brain and let your eyes enjoy "Stampede" from the final issue of Claws of the Cat... 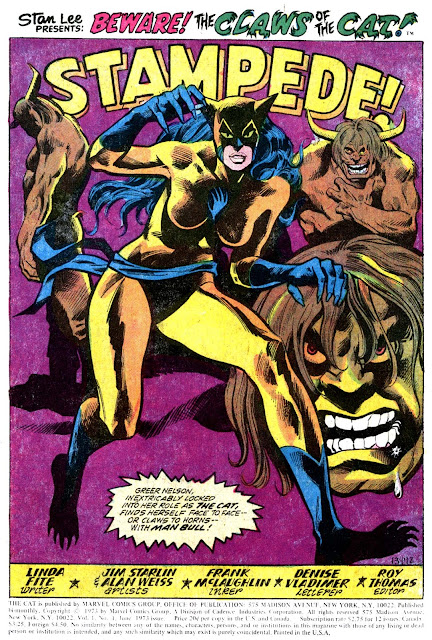 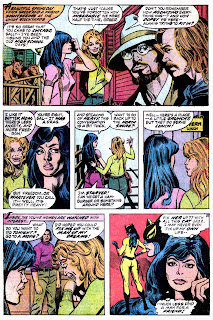 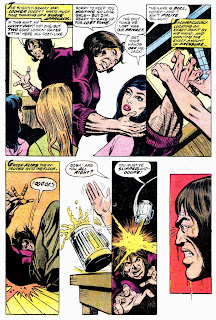 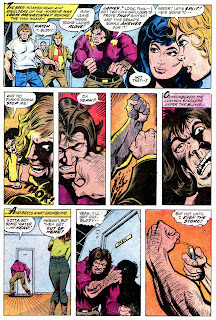 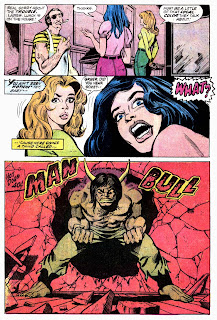 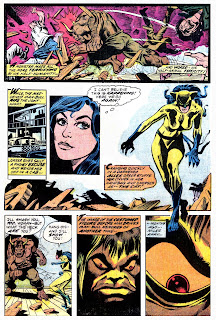 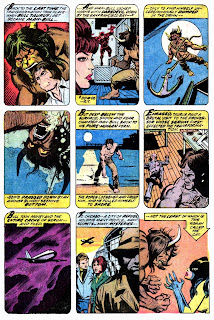 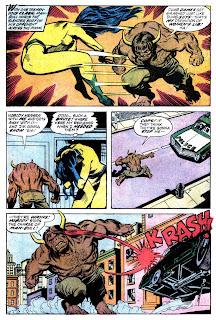 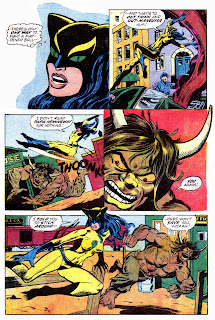 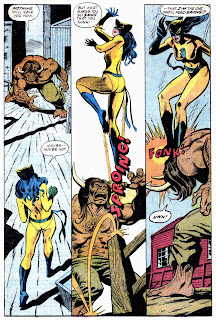 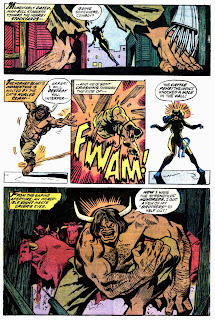 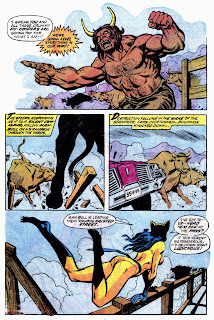 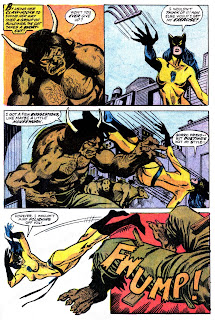 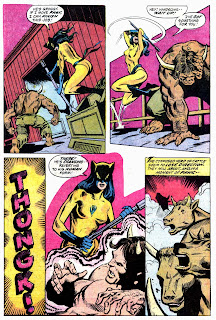 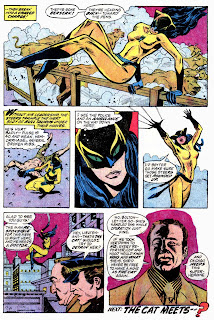