Groove's Faves: "Tumult in the Tower of Time!" by Wolfman, Gan, and Marcos

Hey, hey, hey, Groove-ophiles! A year ago today we rapped about Skull the Slayer #2, so today we're gonna rap about ish #3! Ol' Groove had no intentions of making this an annual gig, but that's the way it goes sometimes, huh? Anywho, Skull #3 (October 1975) is creator/writer/editor Marv Wolfman's final ish and does he ever go out with a bang, baby! The Tower of Time went a long way in explaining what was going on in Skully and company's world, plus it left lots of room for all kinds of future adventures. This was also Steve Gan's final ish as penciler, though he would return to ink new permanent penciler Sal Buscema in Skull #6. The art in the ish is great, as usual, but the differences in Marcos' and Gan's inking styles is jarring for a couple of pages until you get back into the flow... 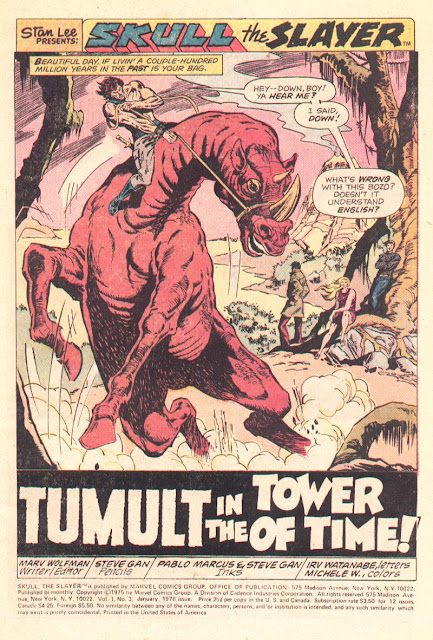 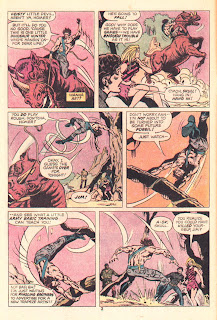 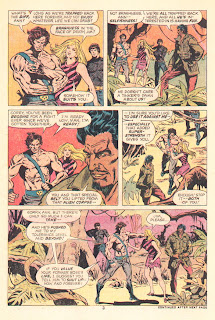 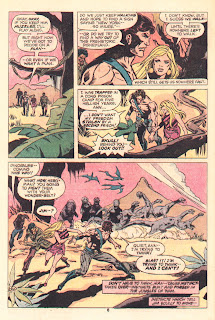 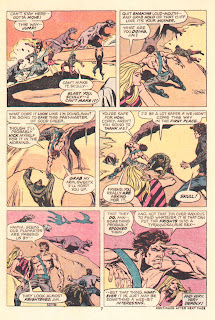 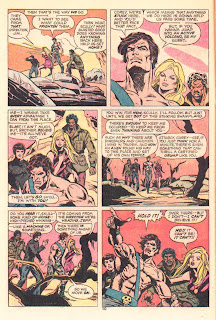 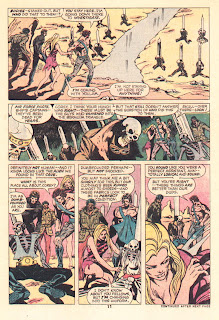 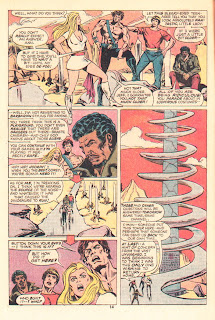 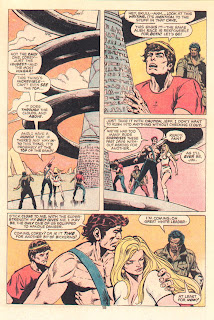 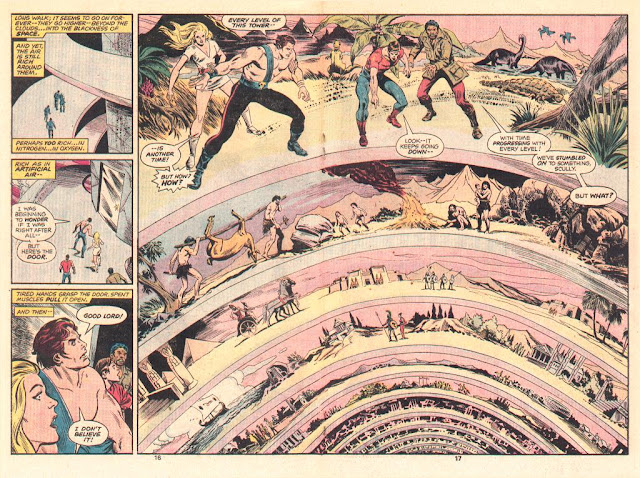 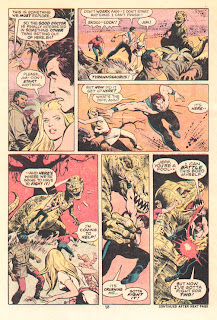 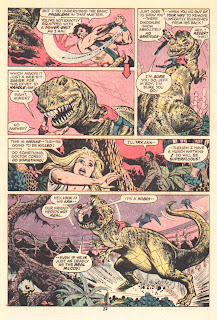 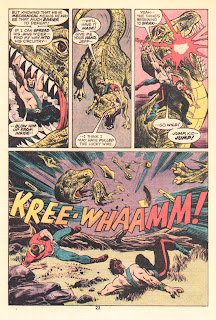 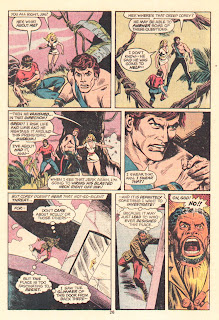 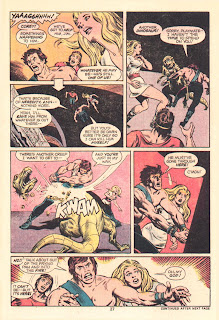 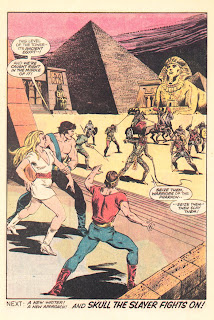 All-in-all not a bad swan song for Wolfman and Gan, but even better things were waiting for Skull in a couple of issues under Bill Mantlo and Sal B. Stay tuned! Mebbe Ol' Groove won't wait another year to visit Skull the Slayer!
Posted by The Groovy Agent at 12:02 AM