Merry Christmas, and welcome back to our two-week trip to December nine-teen-seventy-something to look at the comics Li'l Groove scarfed up from the spinner racks of various drugstores and the ever-lovin' King Kwik! Christmas 1971 always holds a special place in Ol' Groove's memories. Lots of family who didn't normally get to travel for Christmas holiday got to visit aaaand, my fave memory, I finally, for New Year's Eve got to stay up and play Monopoly with the grown-ups! No one but me probably remembers that, but it was a huge deal for Li'l Groove! Anyway--here come da comics! 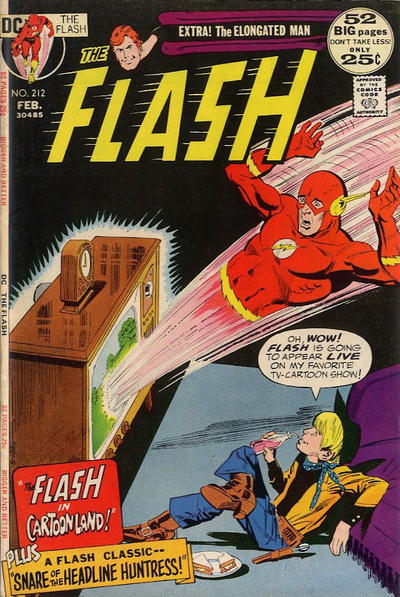 Ol' Groove did a post on this one many years back. Li'l Groove so wanted a cowboy outfit like the one the kid on the cover is wearing! 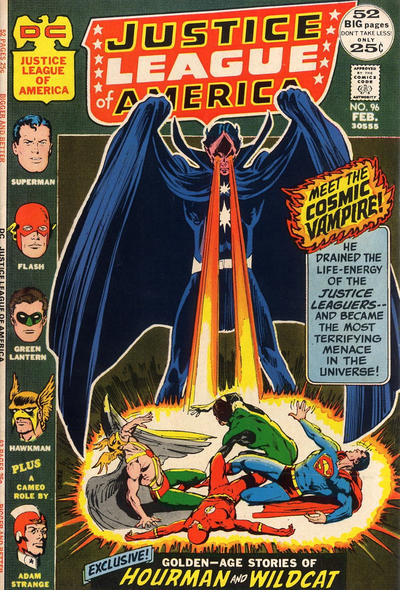 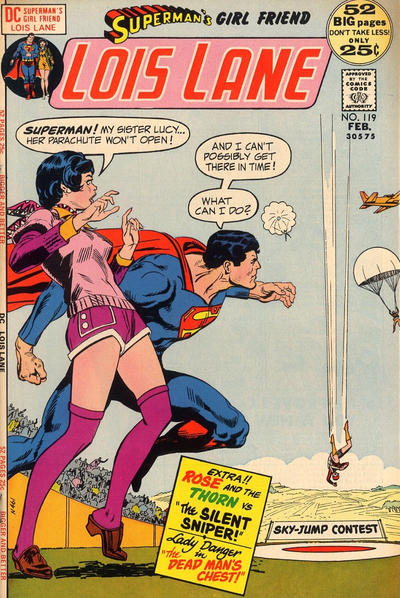 Why in the world did Li'l Groove buy Lois Lane comics? For the Rose & Thorn back-ups! 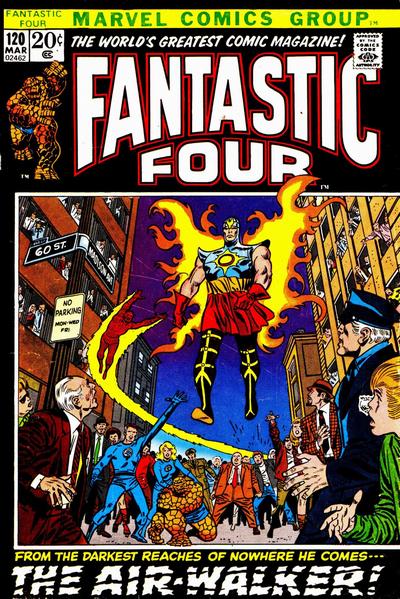 After seeing comicbook characters flying, why did a guy WALKING on the air strike Li'l Groove as so cool? 'Cause it was cool! 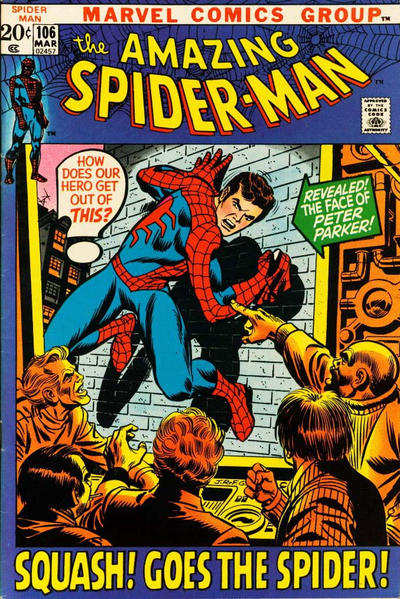 Bad guys had been trying to figure out Superman's identity for years--but when it happened to Spidey, it took on a whole 'nother level of drama!

Okay, Ol' Groove mentioned in the last post that in 1971 I was supplementing the comics I bought new off the spinner rack with coverless, cellophane-wrapped comics (three for twenty cents or a quarter). Those, ahem, unaurhorized comics really helped me grow my collection--and snagged me some very important comics like Avengers #97 (the end of the Kree/Skrull War), Captain American #147 (Cap vs. Hydra--when those battles really meant something), and the first appearance of Jonah Hex in All-Star Western #10. And to let you experience 'em the same way Li'l Groove did for the first time, here are the splashes to those brain-blasting comics instead of the covers! (See, splashes are important, too!) 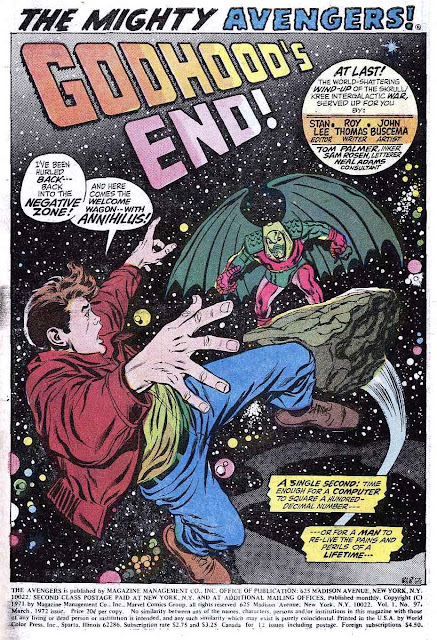 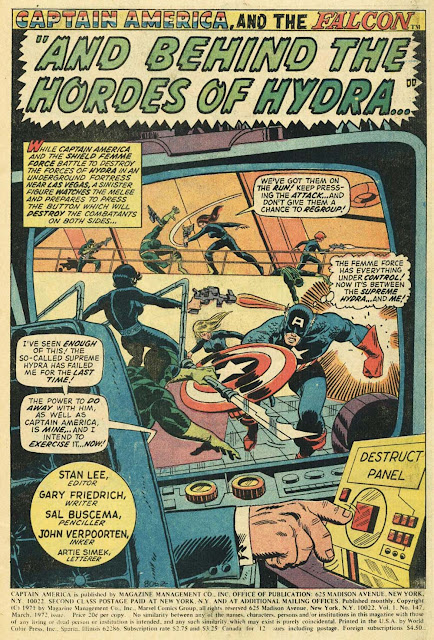 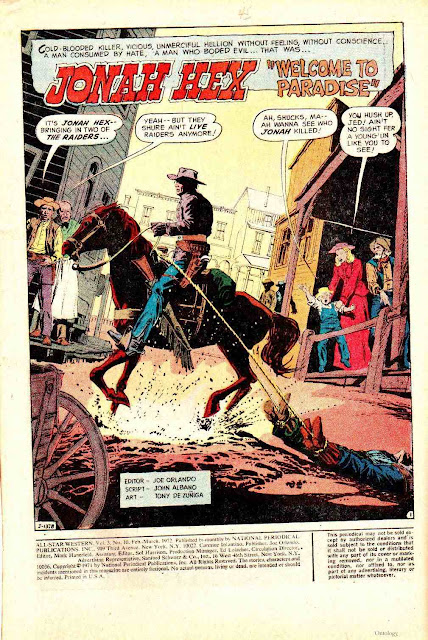