Black and White Wednesday: "The Death of a Friend" by Skeates and Brocal

For some reason, Mummy Fever gripped the comicbook world during the spring and summer of 1973. While Marvel was unleashing its better known Living Mummy upon unsuspecting readers, Warren Publishing opened the tomb on another mummy, calling their strip "The Mummy Walks". "The Mummy Walks" series consisted of six short tales (seven if you count the re-tooled and colored premiere-story-turned-ending) running from Eerie #48 (cover-dated June 1973)-50 (c-d August 1973), 52 (c-d November 1973)-54 (c-d February 1974) with the whole she-bang being reprinted in Eerie #78 (c-d October 1976).

"The Mummy Walks" is deservedly a cult-fave among Warren fans "in-the-know" due to Steve Skeates' adult (in the best sense), emotionally-charged, original take on what could easily have become a worn-out monster trope. Jerome Curry, a seemingly average man, using an ancient amulet, is able to inhabit the body of an ancient mummy to avenge himself on those whom he feels has wronged him. Curry is no hero, but a selfish, vindictive, monster himself. In a later tale, Curry's body is murdered while he was inhabiting the mummy, trapping him in the mummy's body. There are a few attempts to make Curry more human, more relateable, but in the end, Skeates' gives his anti-hero his just desserts in a most ironic fashion. (Ol' Groove'll share more of "The Mummy Walks" in the future, of course!)

Jaime Brocal's art is perfect for the strip, moody and detailed with enough realism to ground the outlandish concept and make it totally believable.

Enough rappin'! If ya ask nice, there'll be more of "The Mummy Walks" in your future, but for now let's dig on Jerome Curry's debut tale from Eerie #49 (scans from the reprint in Eerie #78), "The Death of a Friend!" 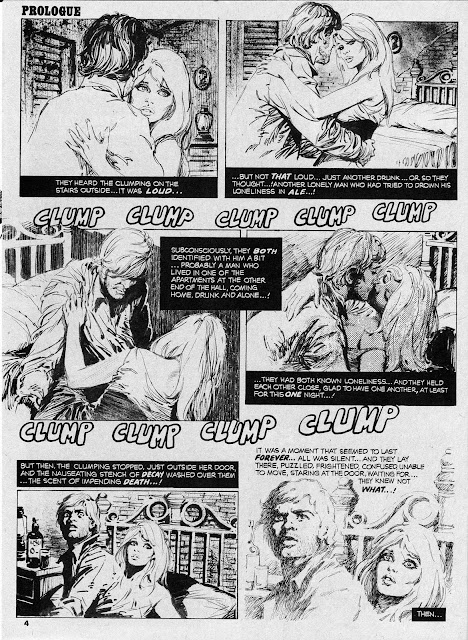 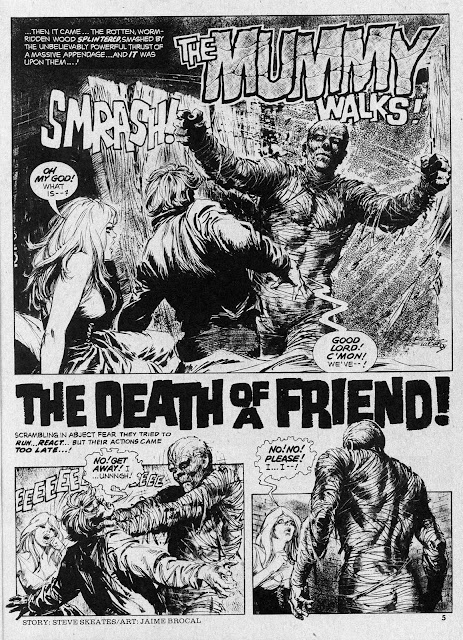 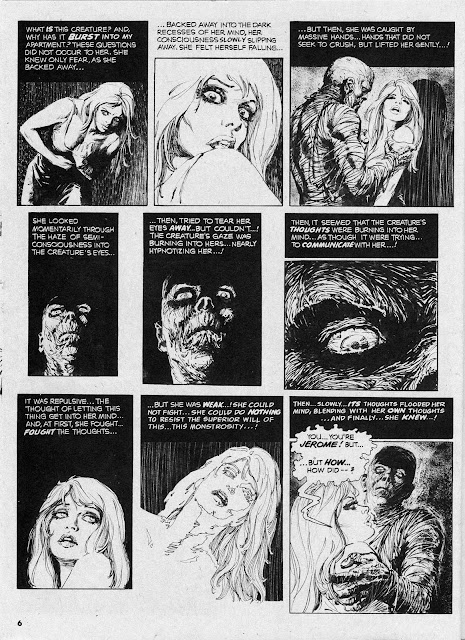 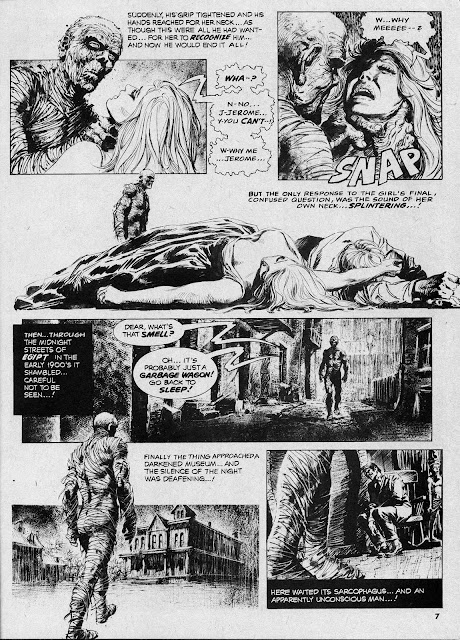 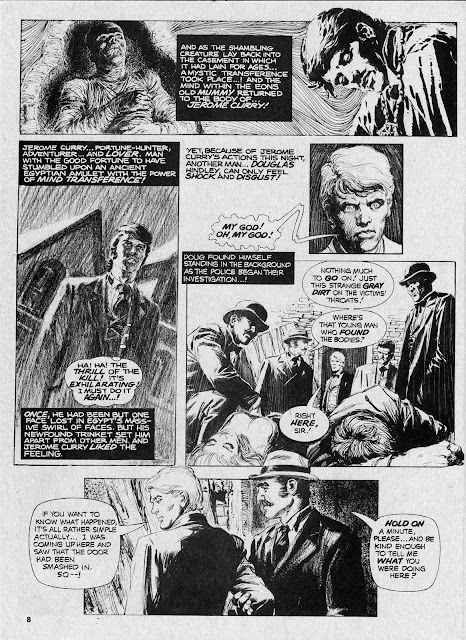 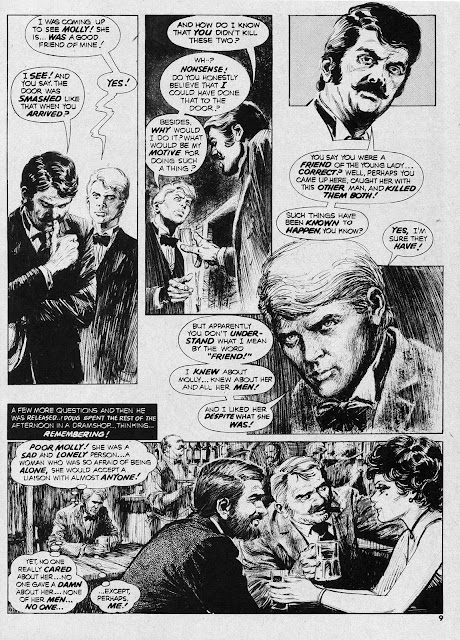 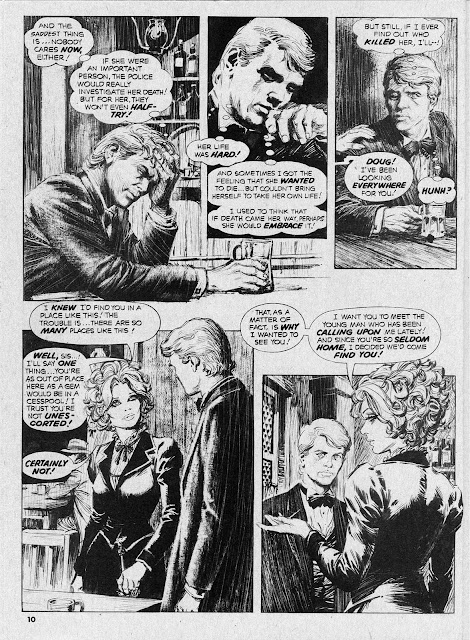 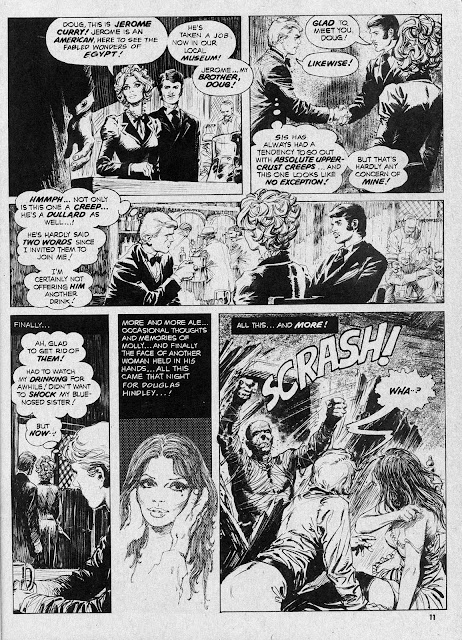 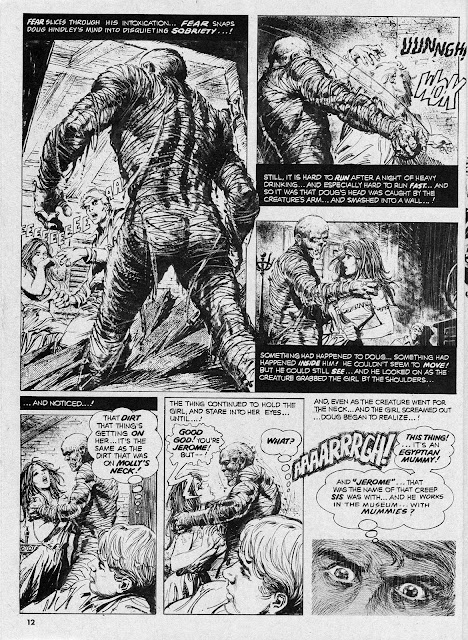 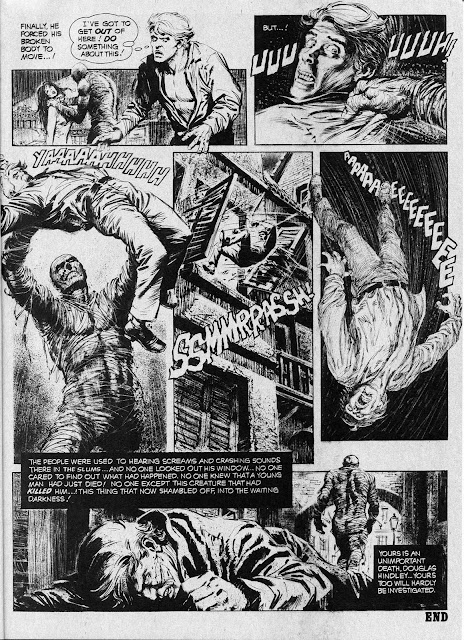