Cosmic Week: "Spider, Spider on the Moon!" by Mantlo and Byrne

Greetings, Groove-ophiles! Welcome to COSMIC WEEK on DotGK! Ol' Groove loves his cosmic comics, so I figured I'd spend a week digging back into the Files of the Far-Out, and do I ever mean faAAr out! We'll kick things off with our fave golden god-slayer, Adam Warlock--meeting Spider-Man?

Well, a few months after Warlock's final ish disappeared from the spinner-rack, Boisterous Bill Mantlo and Jocular John Byrne got the bright idea of teaming Adam with Spidey. Thing was, in Warlock's final ish (August 1976), Judo Jim Starlin had hit Adam with a truly cosmic problem--he'd literally outgrown the universe! What might have been a several-ish storyline was quickly remedied by Bill and John, Adam was whittled down to size, and he and Spidey teamed up against The Stranger. This is a milestone tale, as it reveals that there are more "soul gems" than Warlock's in existence. That little bit of innovation would later lead to the Infinity Gem Gauntlets, Wars, and more throughout the 1990s. MTU #55 (December 1976) also introduced a new god-like character known as The Gardner, who'd become a major player in Marvel's cosmic universe. 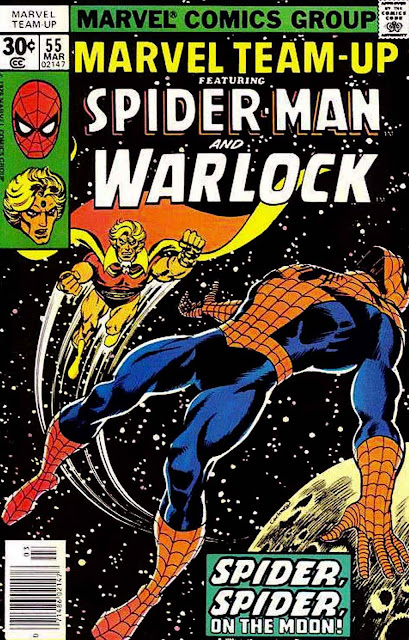 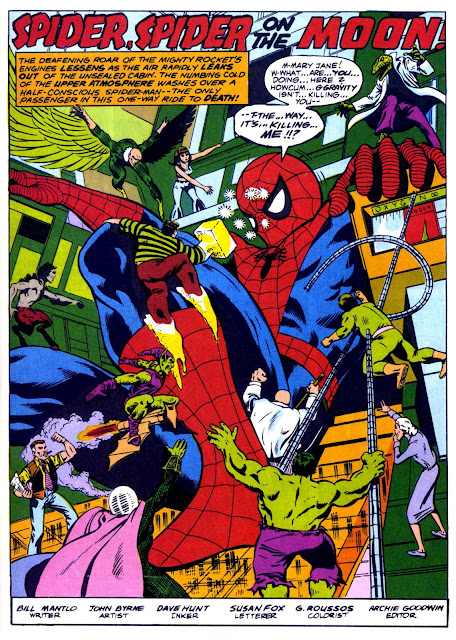 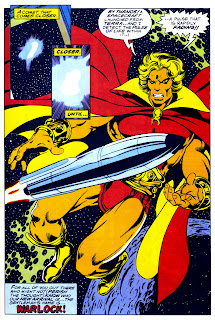 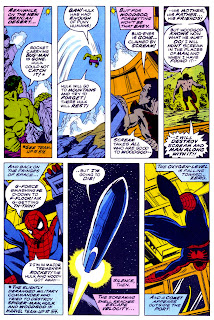 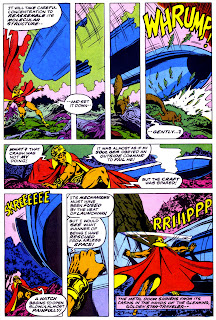 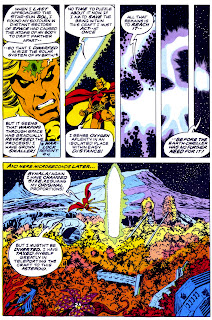 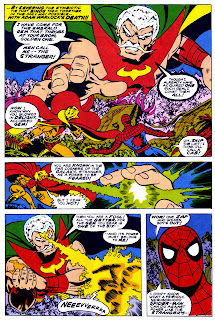 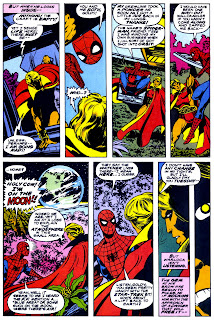 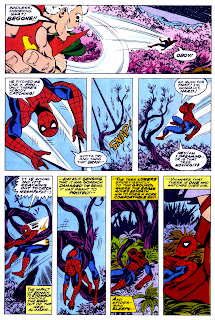 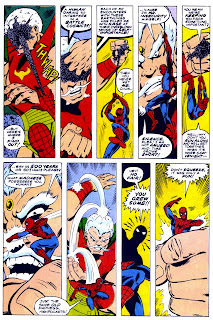 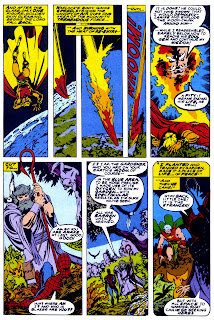 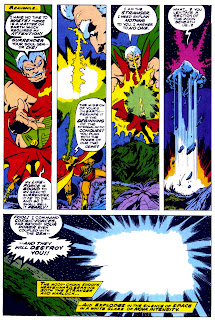 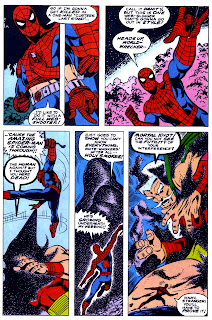 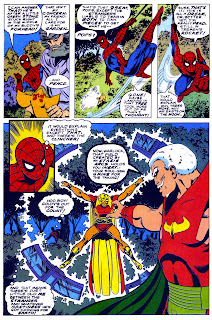 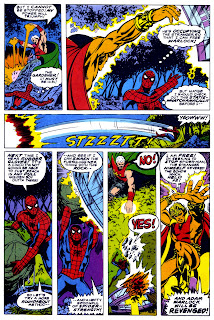 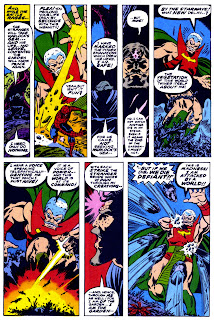 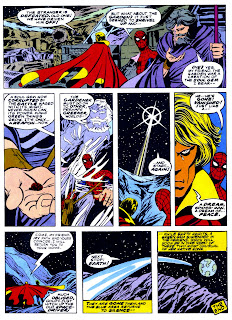 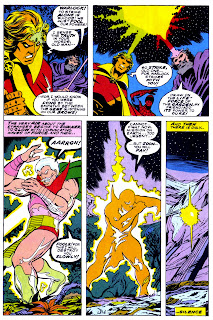 Whew! And that's only the beginning of the way-out wonders Cosmic Week has yet to offer!
Posted by The Groovy Agent at 12:02 AM