COSMIC WEEK keeps on truckin' with a special pick for BLACK AND WHITE WEDNESDAY, Groove-ophiles! A while back we rapped about Star-Lord's kick-off in Marvel Preview #4 (October 1975), and how that tale was intended to appear in the first ish of Star-Lord's own stillborn mag. Today we're gonna dig on Star-Lord's back-up feature, THE SWORD IN THE STAR. Now, TSitS, created by writer Bill Mantlo abetted by artists Ed Hannigan, P. Craig Russell, and Rick Bryant (innovators and ground-breakers, all), was to run in the first 10-12 issues of Star-Lord. (It's really cool that Marvel originally had that much confidence in the mag's potential. Wonder wha hoppen to douse that confidence?) Prince Wayfinder's story was conceived as an epic in the tradition of The Odyssey and King Arthur. You can tell from the premiere story that Mantlo was pouring his all into the concept. You could also tell that he had a definite vision for Prince Wayfinder and company. Check it out (complete with an equally epic intro)! 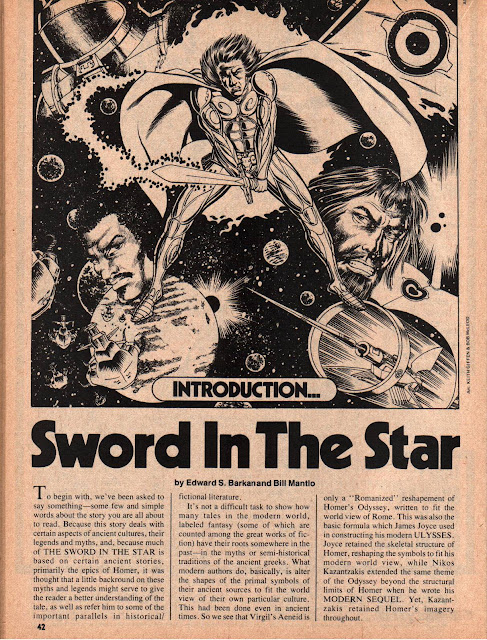 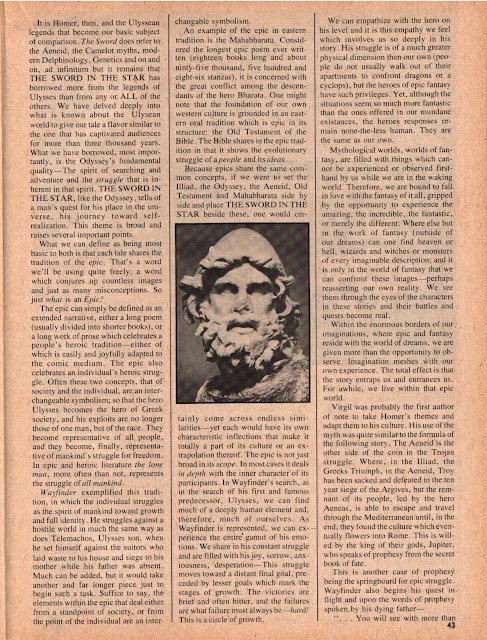 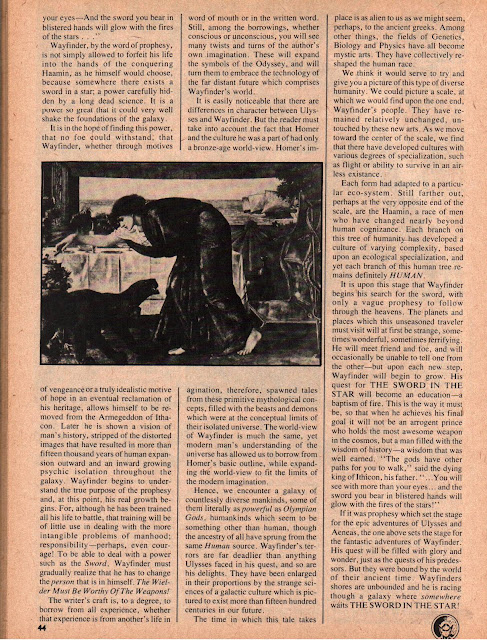 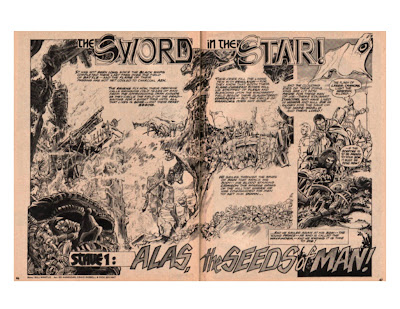 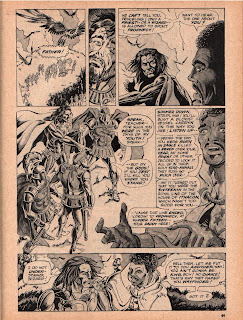 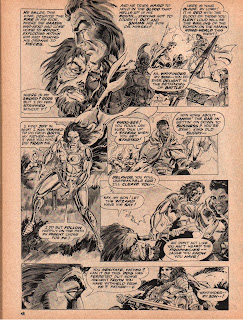 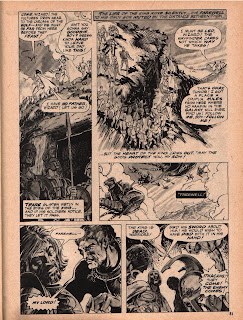 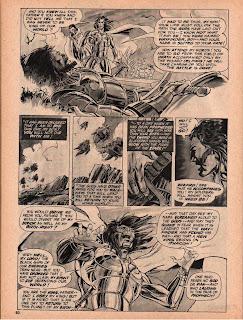 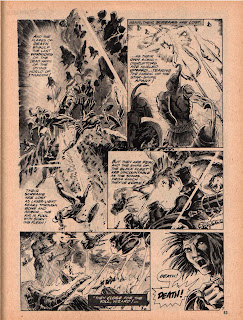 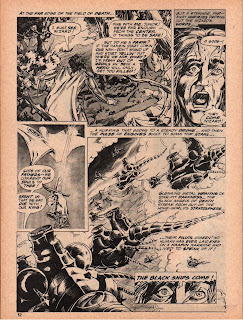 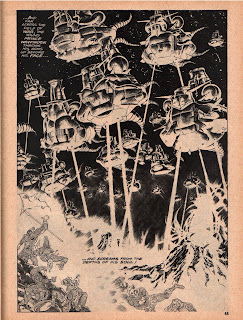 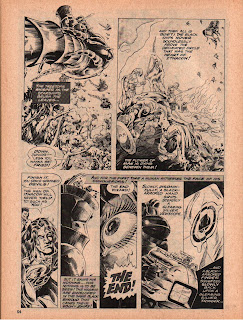 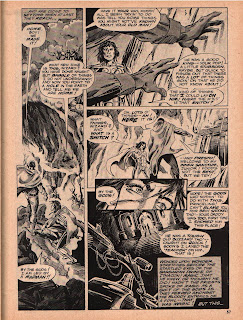 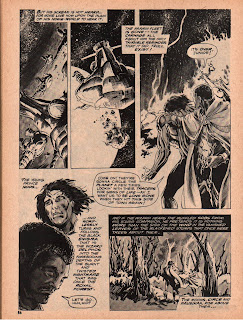 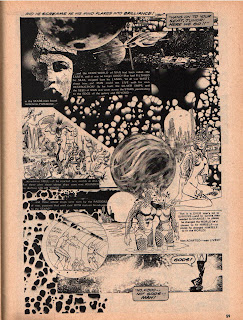 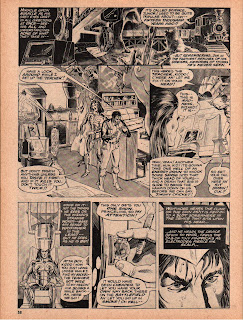 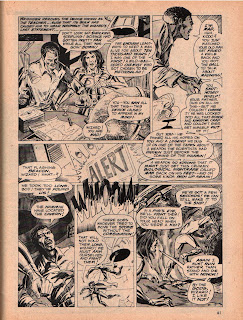 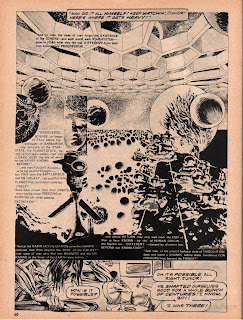 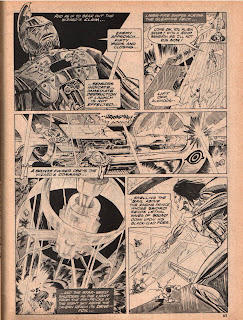 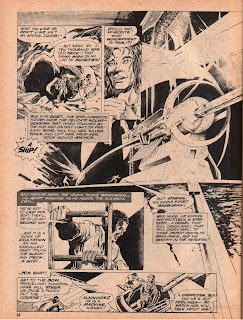 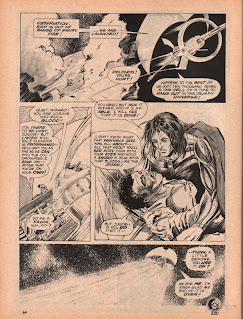 Only one more episode of The Sword in the Star was completed. It was beautifully illustrated by a young Keith Giffen (his first pro work!) and appeared in Marvel Preview #7 (Spring 1976) starring...Satanna? So, as you can see, Mantlo's epic was quickly made filler-fodder. Man, reality really stinks sometimes. (And yeah, Ol' Groove'll share that Mantlo/Giffen masterpiece with ya in the near future if ya want me to, so cheer up!)

Boisterous Bill did eventually find a way to complete his epic, though it must have morphed far, far away from his original intentions as Wayfinder found his way into the pages of The Micronauts in the 1980s. Via flashbacks we learn that the prince finally found his sword which evidently led to the creation of the Microverse, Time-Traveler, and the Enigma Force, all core-concepts of the Micronauts' own mythology.
Posted by The Groovy Agent at 12:02 AM