If You Blinked You Missed: Army at War

During the Silver Age, war anthologies were a mainstay of DC's line of comicbooks. During the Groovy Age, the serialized leads of those mags eventually took over completely. Our Army at War became Sgt. Rock; Star Spangled War Stories became The Unknown Soldier; The Haunted Tank ruled G.I. Combat's pages. During the Summer of 1978, the year of the DC Explosion, it was decided that DC needed a new war anthology; one that had no continuing features. It's hook would be that the stories would cover every war and the various aspects of them. Editor Paul Levitz was given a week to pull together the contents of Army at War #1 (July 1978), and a nice package he pulled together, indeed, with talents like Edelman, Michelenie, Rubeny, Ayers, Bingham, Redondo, and of course Joe Kubert. Check it out... 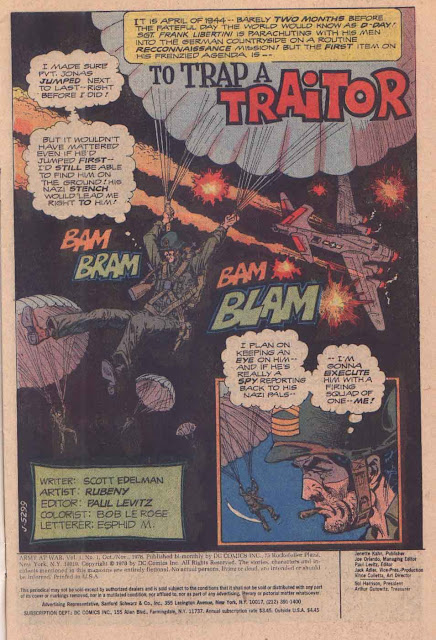 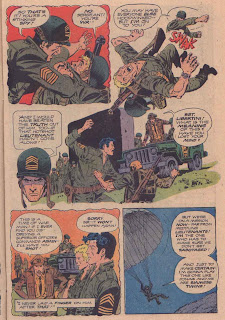 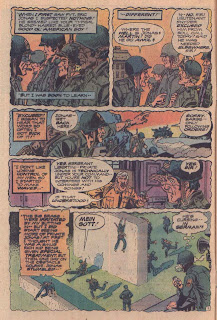 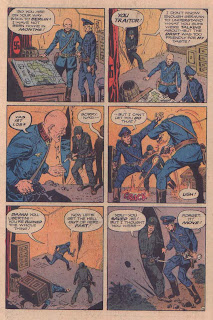 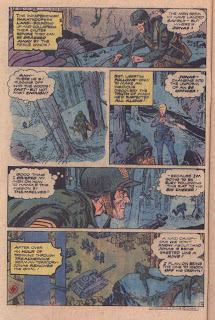 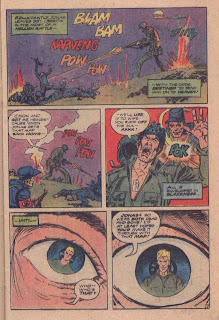 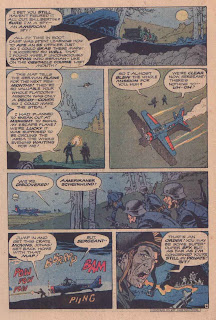 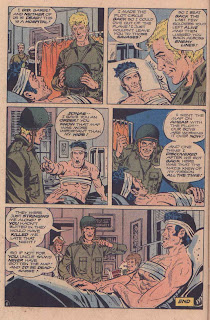 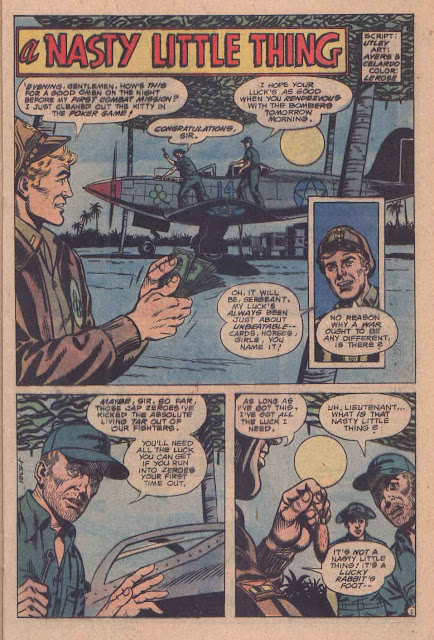 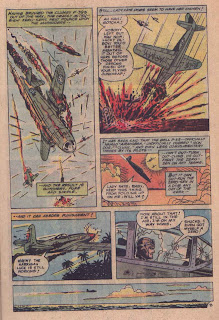 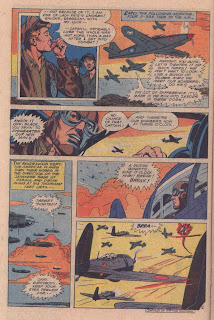 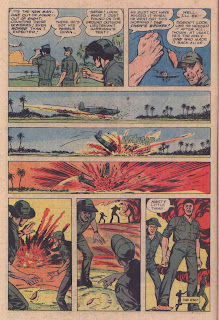 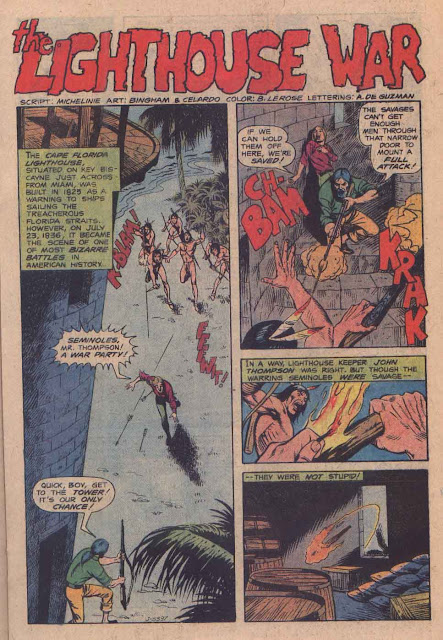 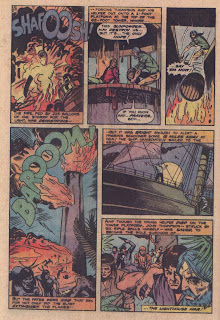 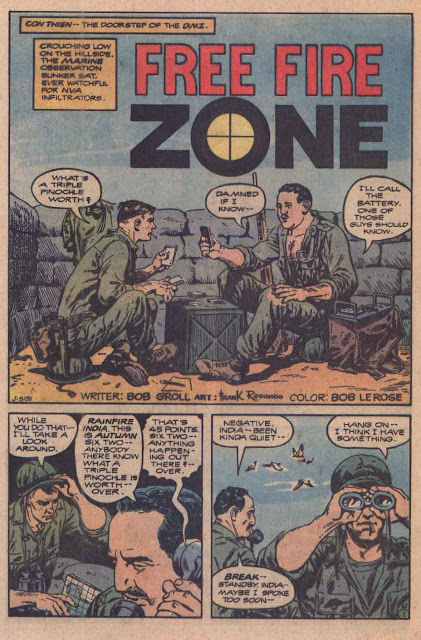 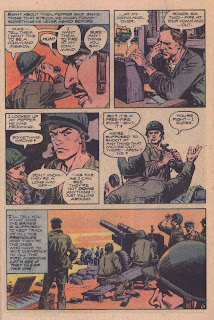 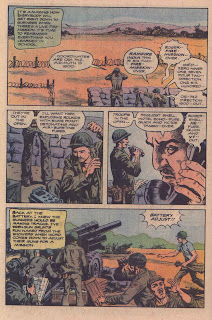 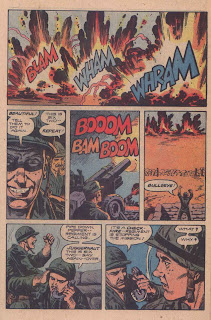 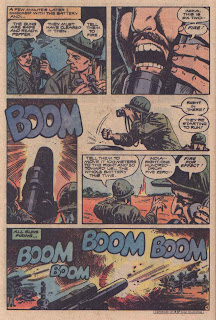 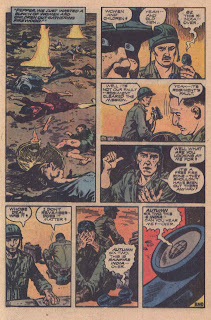 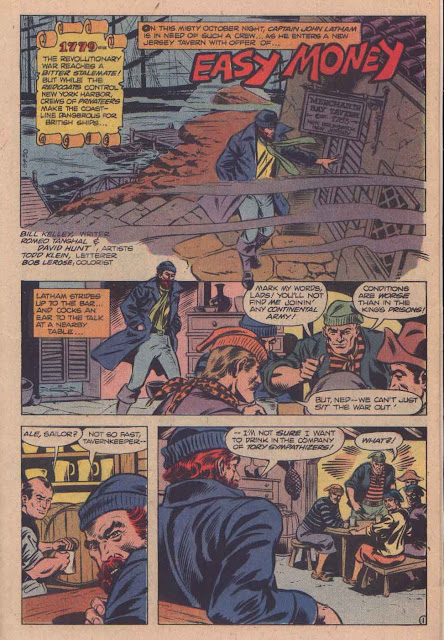 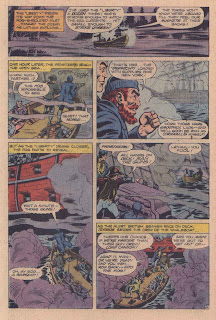 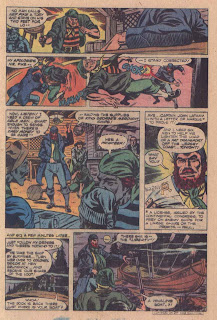 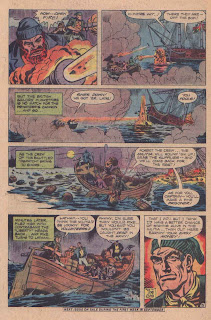 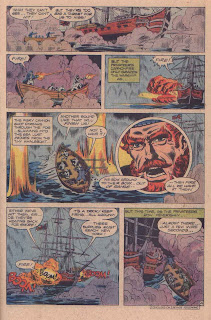 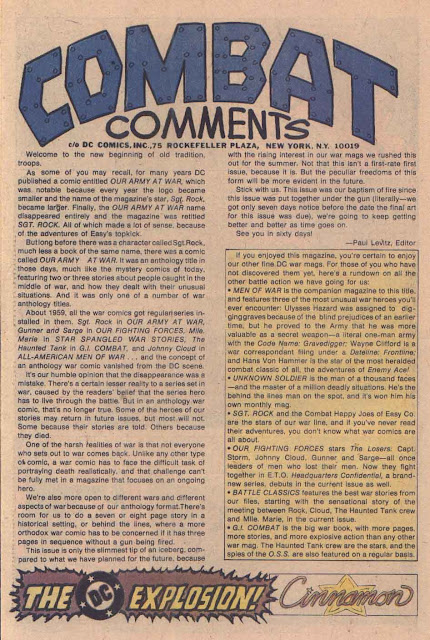 Sadly, the DC Explosion quickly became the infamous DC Implosion, with the powers-that-were at Warner (DC's owners, don'tcha know) pulling the plug on twenty (!) of DC's mags. Army at War was one of 'em. A shame, too. If Levitz could package a quality mag in a week, imagine what he might've done with a monthly or bi-montly schedule...
Posted by The Groovy Agent at 12:02 AM