Bring on the Back-ups: "Butch Cassidy in Paradise!" by Tom Sutton

Here's one from the "They don't make 'em like that anymore" Department: "Butch Cassidy in Paradise!", written and drawn by Tom Sutton (with inks by John Tartaglione), the back-up tale from Skywald's Butch Cassidy #1 (March 1971). Don't try to figure it out, just go with it and enjoy. 'Cause like Butch himself would say, "It doesn't matter. I don't know where we've been and I've just been there." 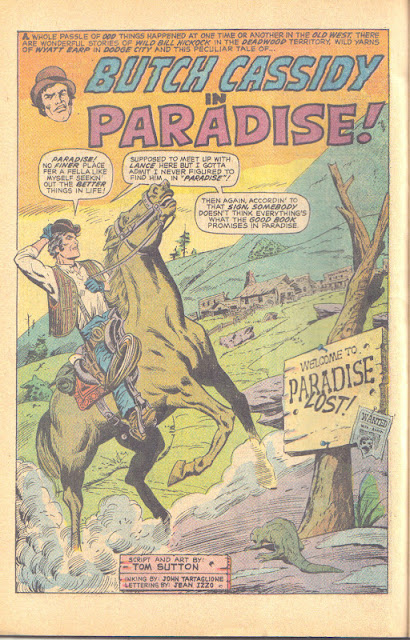 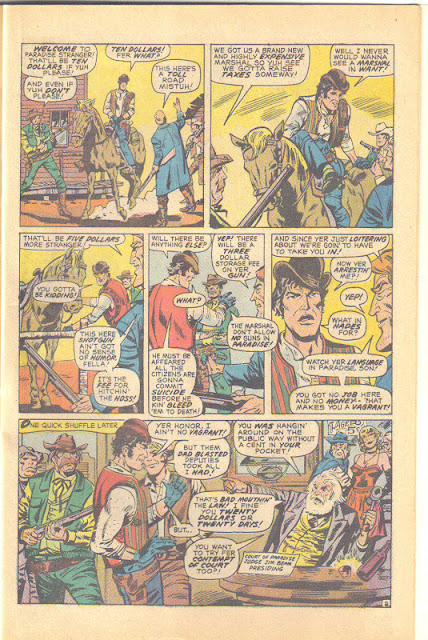 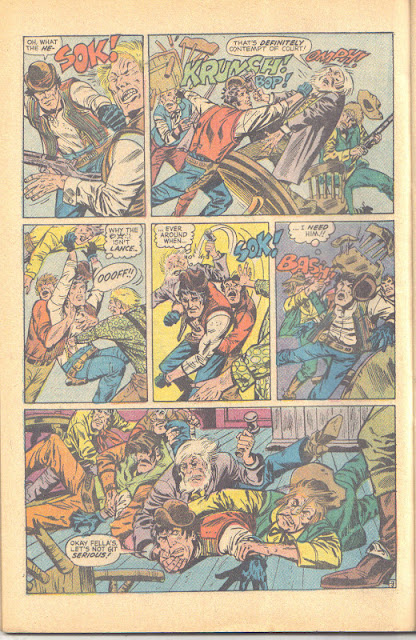 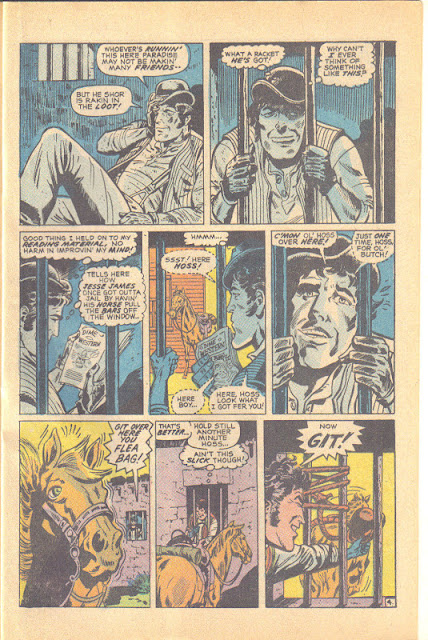 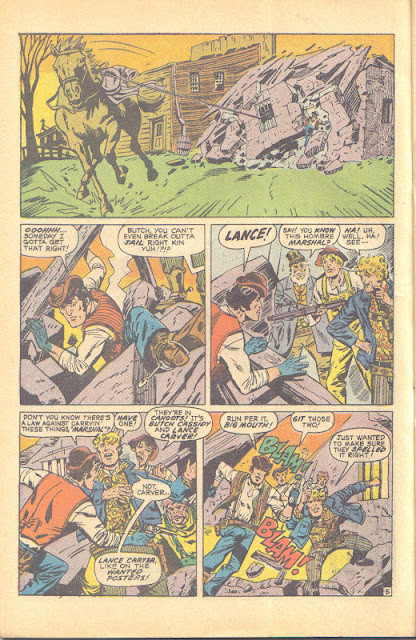 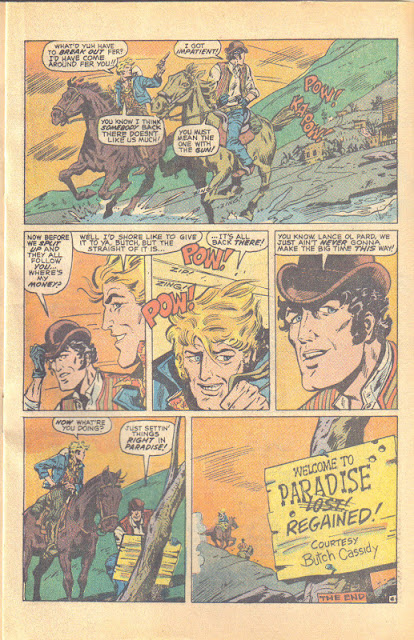 Yeah, Skywald released this mag based on the popularity of the then-(semi)new Butch Cassidy and the Sundance Kid flick, but strangely enough, they split Butch and Sundance into their own separate titles with totally different sidekicks. Whazzupwitdat?
Posted by The Groovy Agent at 12:02 AM