Hey, hey, hey, Groove-ophiles! Ya know, if the second ish of Savage Tales had gone as originally planned, the second Man-Thing story would have been by writer Len Wein (creator of Swamp Thing) and artist Neal Adams. S'true! Letting nothing go to waste, Mighty Marvel shoe-horned that filed-away fable into Astonishing Tales #12 (March 1972) in which the mag's star Ka-Zar would soon come golden locks to carrot nose with Manny, himself. One thing I don't dig are the touch-ups by John Romita. Dunno why they were necessary, but as great as Jazzy John is, his style and Neal's don't mesh at all. Minor distractions aside, Ol' Groove felt this seldom-seen classic is definitely worth a peek-a-boo, so here 'tis in all it's black, white, and yellow gory glory! 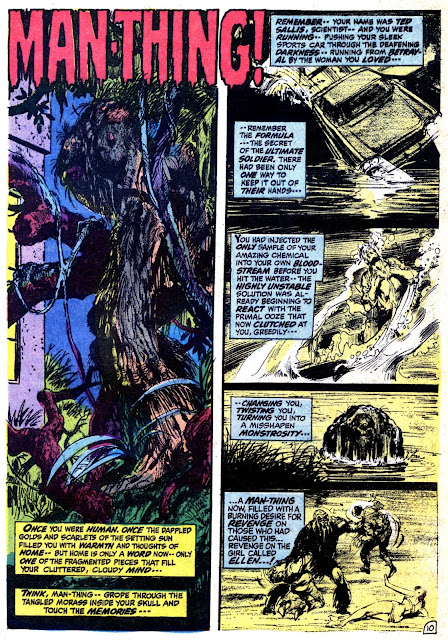 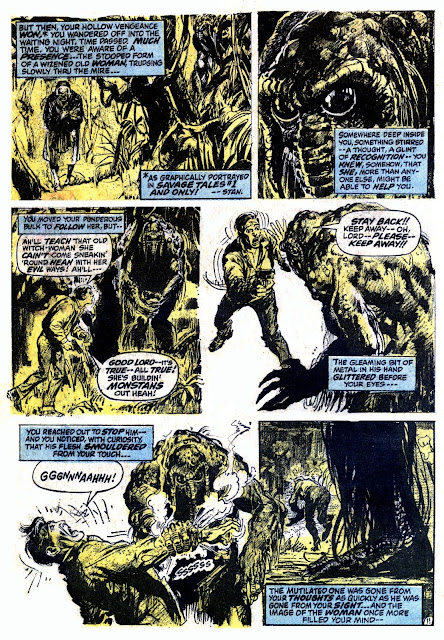 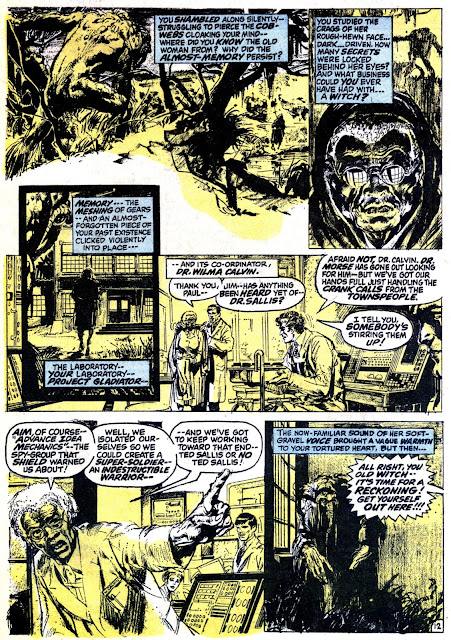 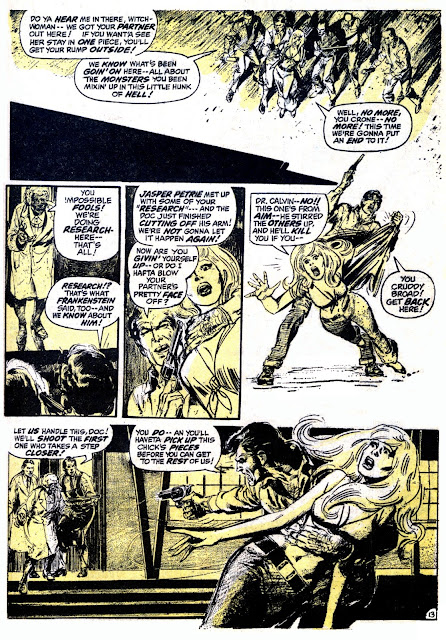 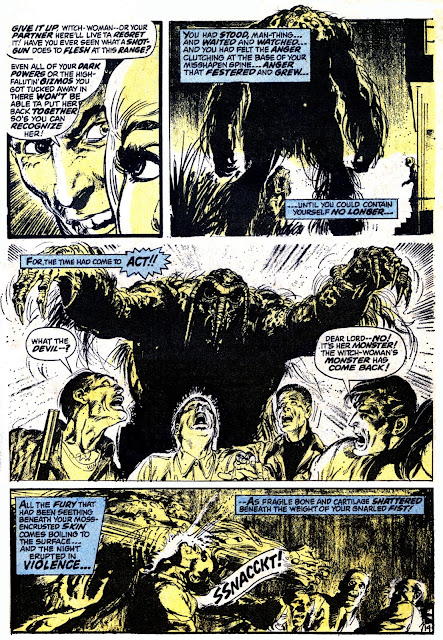 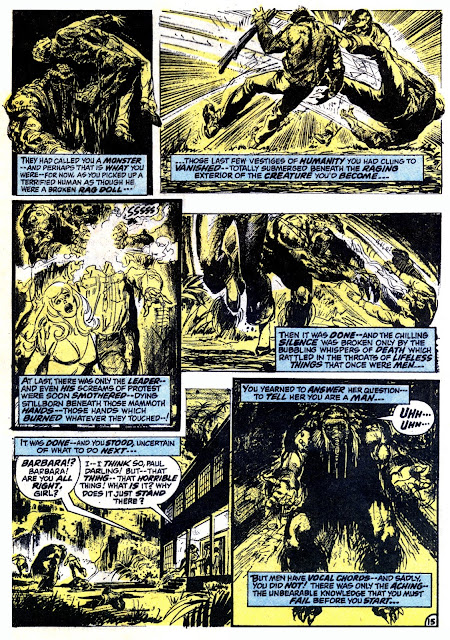 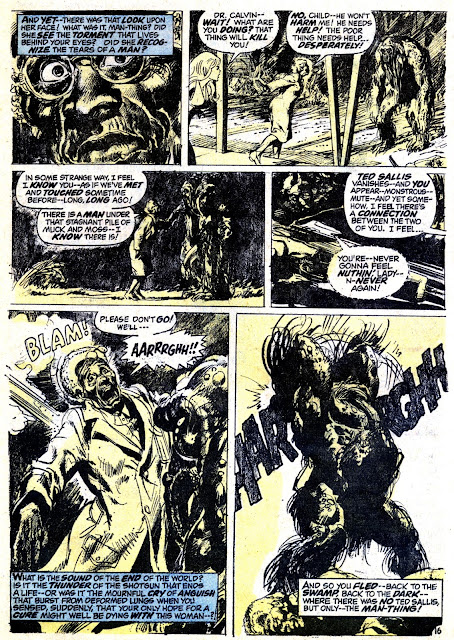