Man, does Ol' Groove ever love Star-Lord--but I'm sure I'm not the only one! Created by Steve Englehart and Steve Gan for Marvel Comics way back in 1975, Peter Jason Quill's alter ego remained a cult favorite during the Groovy Age, went through a lot of changes over the past decade-plus, and has become a movie star via the excellent Guardians of the Galaxy movies (though he's a very different Star-Lord in those). Star-Lord was originally going to headline his own b&w sci-fi mag, but those plans fell through, so his debut was in Marvel's b&w try-out mag, Marvel Preview #4 (October 1975). He disappeared until July 1977 when he re-surfaced in MP #11 under the care of the new creative team of Chris Claremont, John Byrne, and Terry Austin (who would soon go on to make history with some mag with an "X" in the title...). In May 1978, Claremont teamed with a new artistic team: Carmine Infantino and Bob Wiacek to produce a more hard-sci-fi styled Star-Lord for MP #14, then that same team got it all together one more time in MP #15 (July 1978). In March 1979, Star-Lord finally appeared in full-color, under the creative team of Doug Moench, Gene Colan, and Tom Palmer in Marvel Super-Special #10 (March 1979). A couple months later, it was back to black and white for MP #18 where Moench was still writing, but for that ish, he was teamed with a new guy who would soon become a legend: Bill Sienkiewicz (with stunning inks by Bob McLeod). Not long after that, Star-Lord made his standard color comics debut in Marvel Spotlight Volume 2, in issues 6-7 (February-April 1980), once more with Moench at the typewriter who was joined by Charlton mainstay Tom Sutton on the art. That same team produced a third Star-Lord fable, but that one didn't see print until the final issue of Marvel Premiere (May 1981). Whew! That's a lot to read in order to get to these sensational splashes, huh? Weeelll--it's worth it! Blast off! 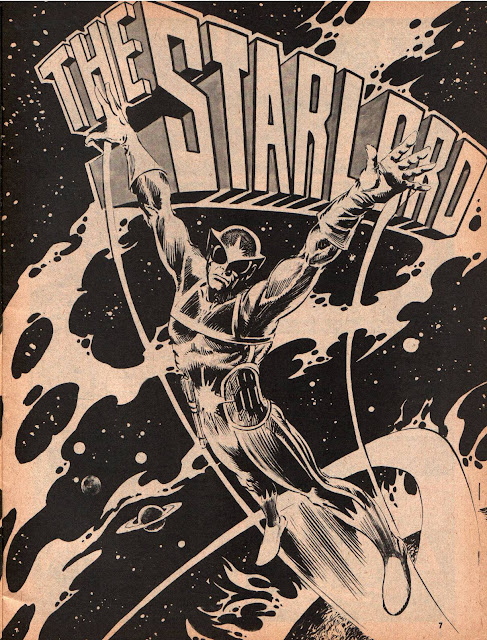 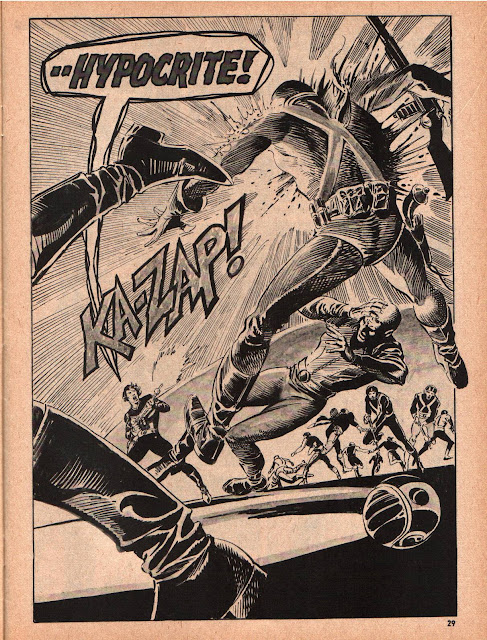 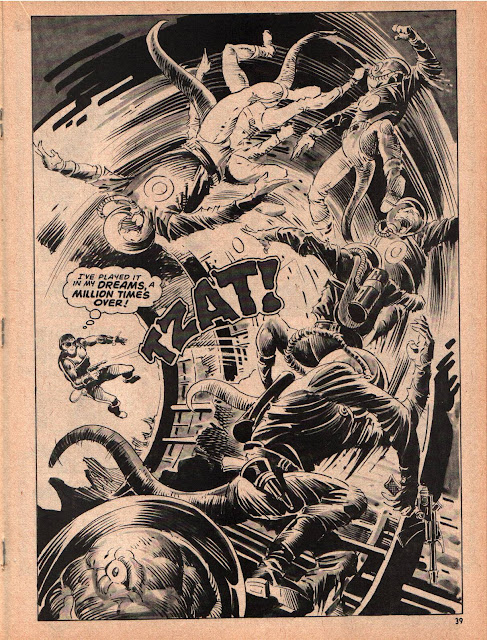 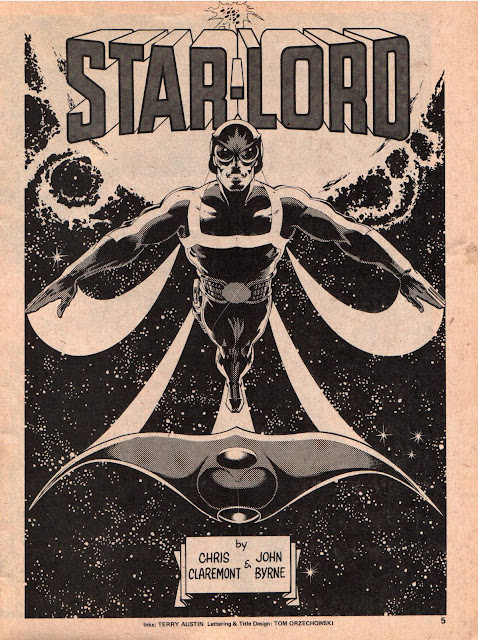 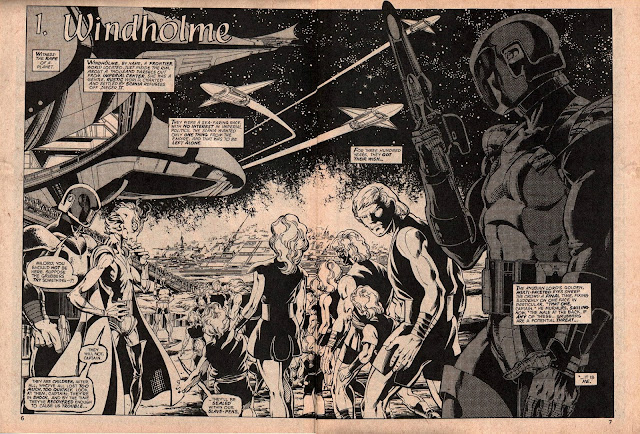 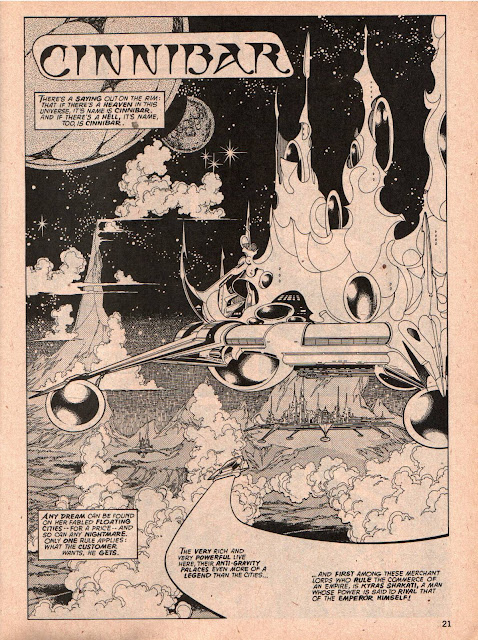 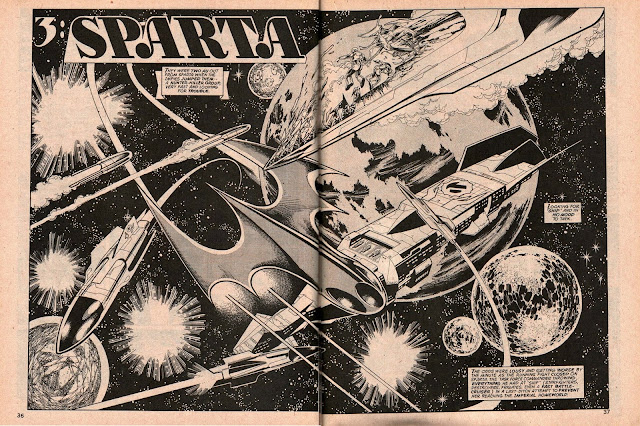 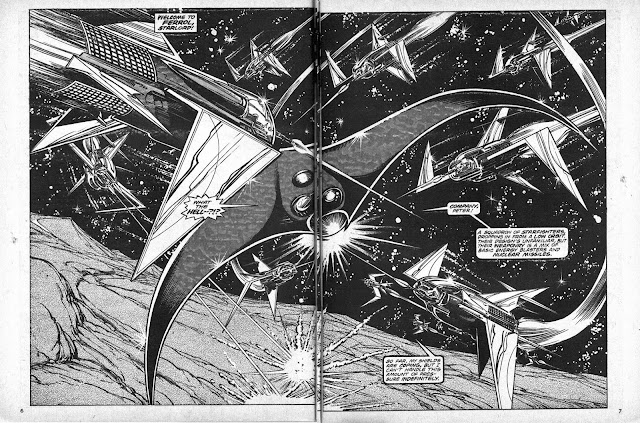 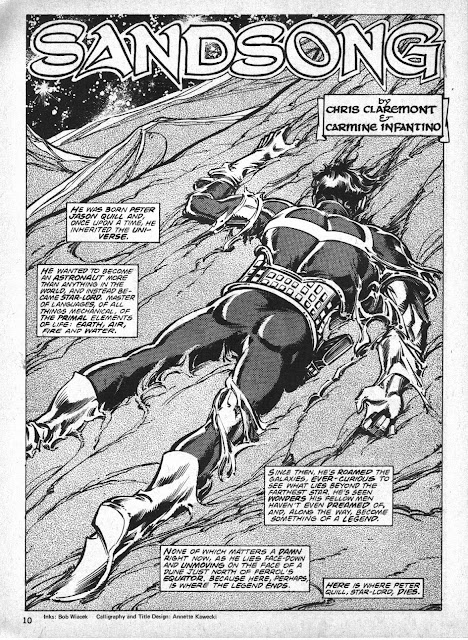 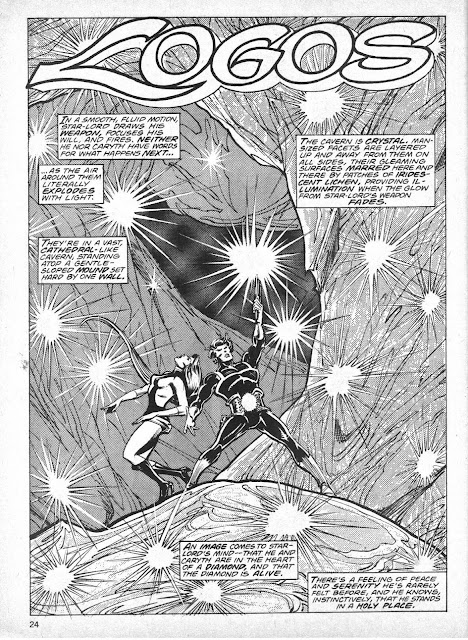 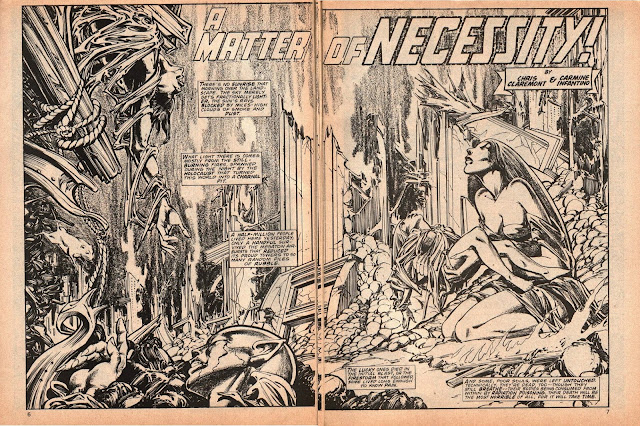 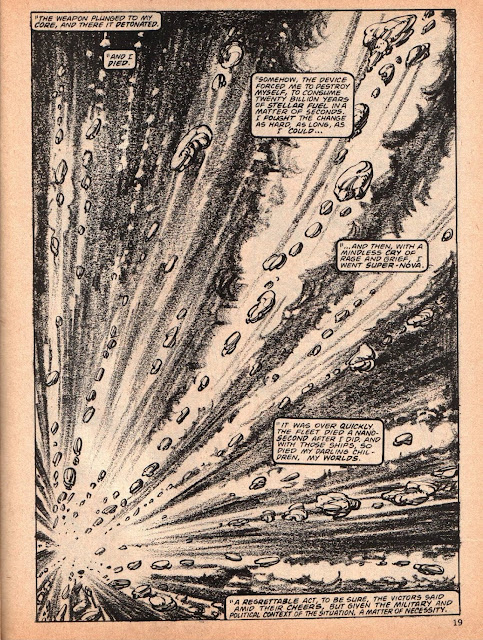 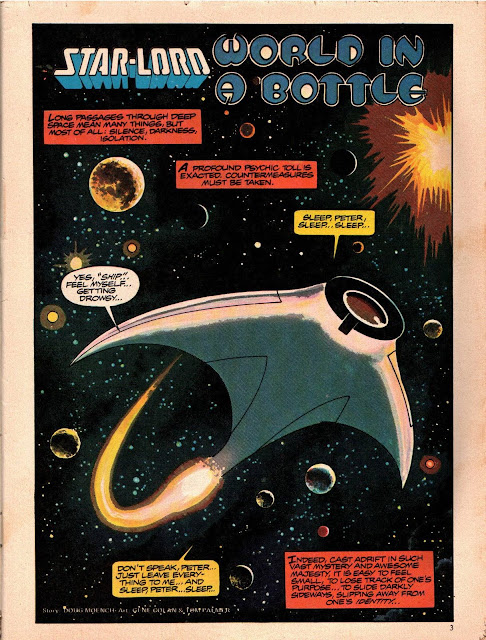 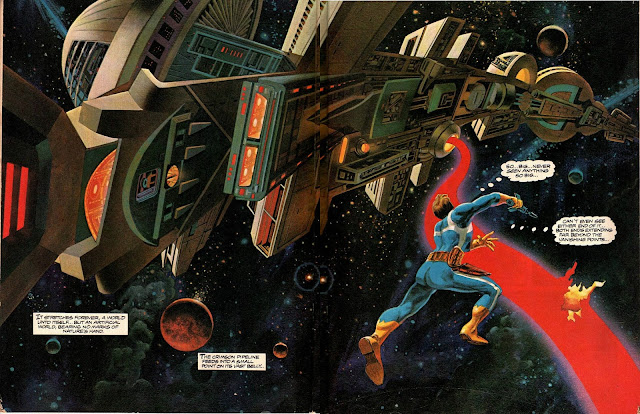 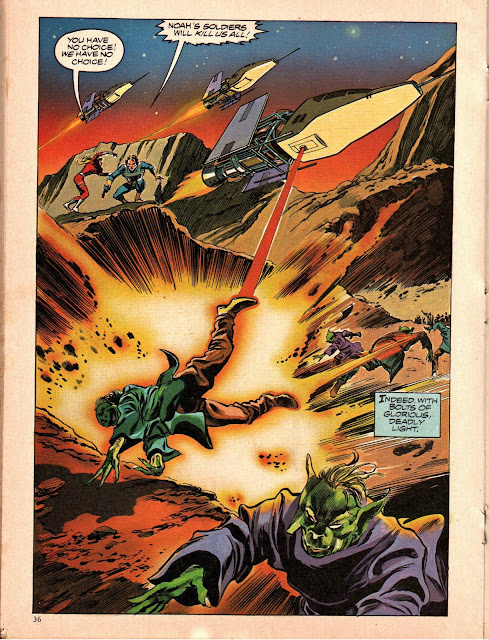 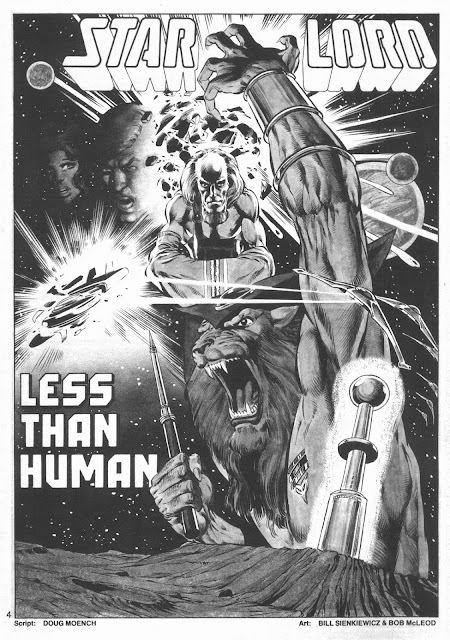 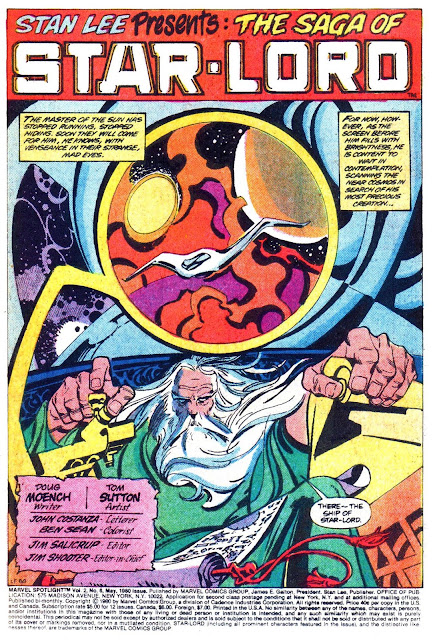 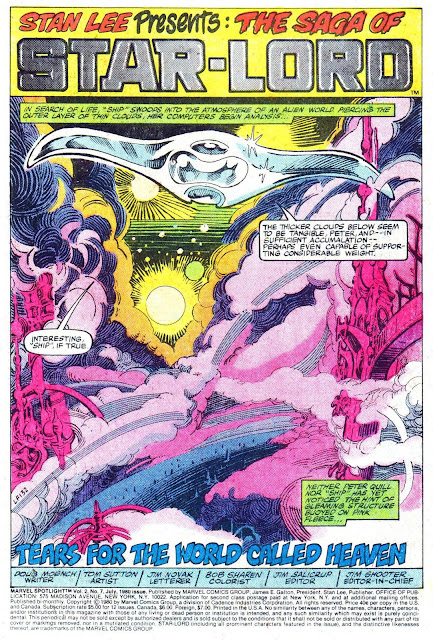 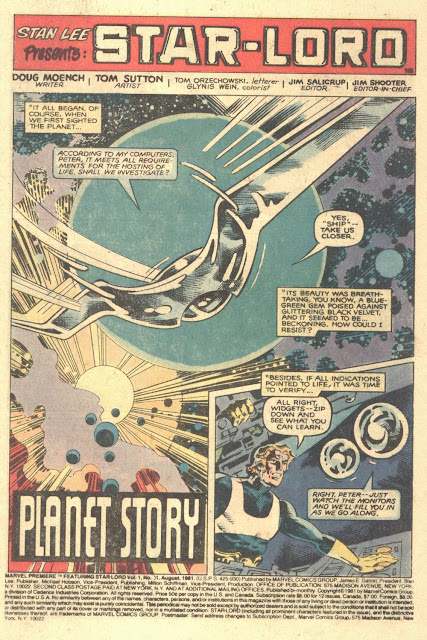