Greetings, Groove-ophiles! You asked! You begged! You pleaded! You even threatened! But here it is, anyway: part one of the wrap up of the Omega the Unknown saga from Defenders #76 (July 1979)! The (Rich Buckler/Al Milgrom) cover says it all: "At last...the Omega Saga!" Now, it's doubtful that this is the wrap-up that anyone expected, but Steven Grant, Herb Trimpe, and Steve Mitchell did what they could with what they had! Keep in mind, this particular ish is more set-up for the action and revelations to come next ish.

First, here's the final page of Defenders #75 that led into ish 76 by Ed Hannigan, Trimpe, and Mike Esposito... 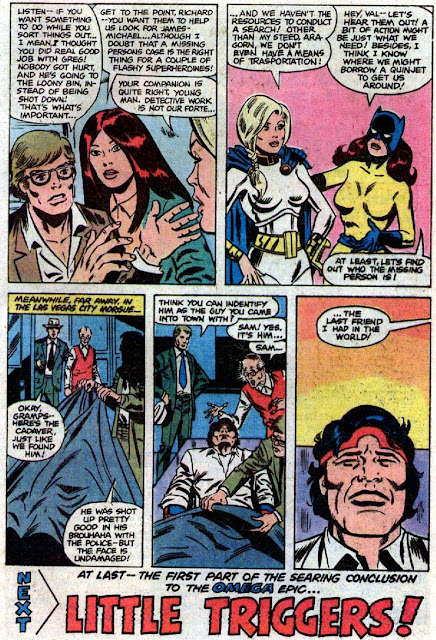 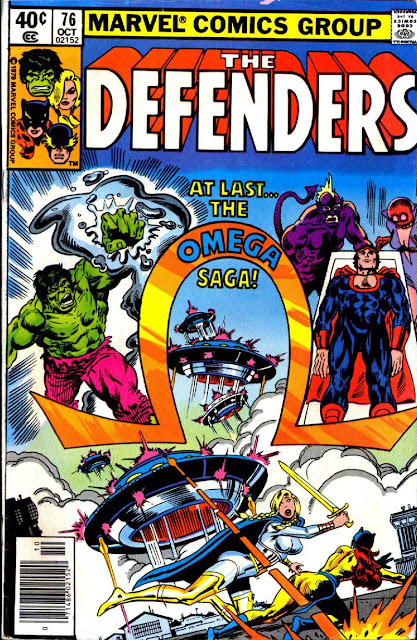 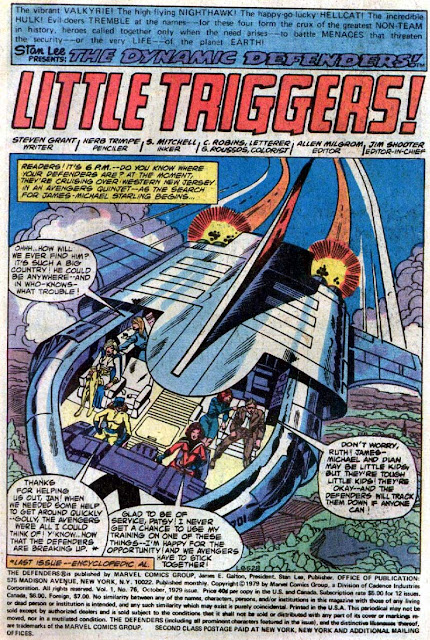 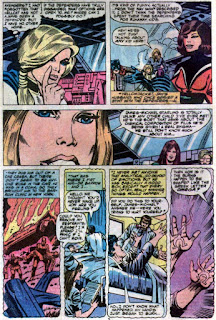 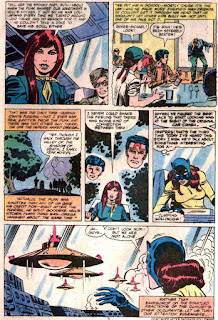 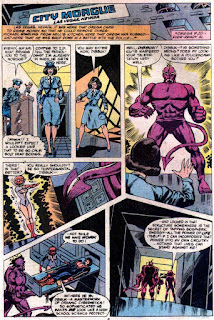 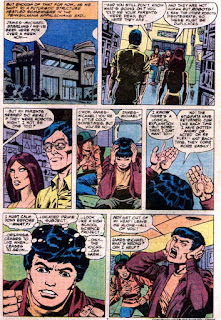 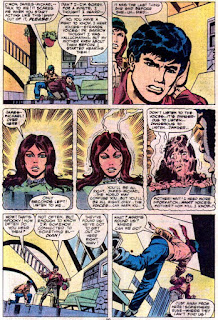 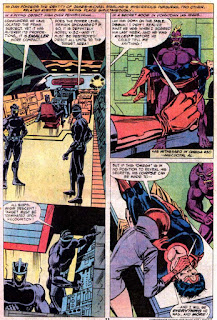 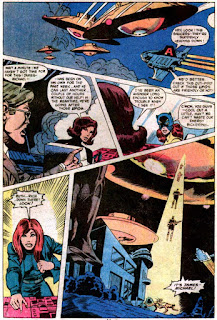 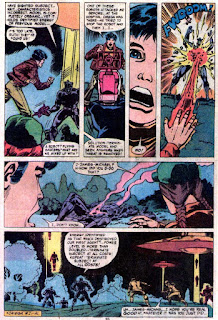 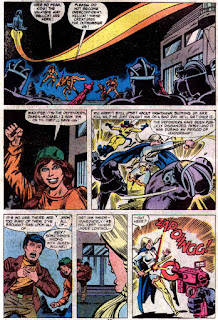 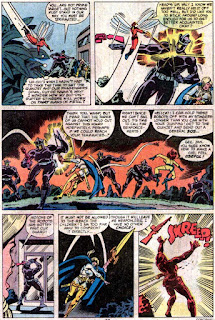 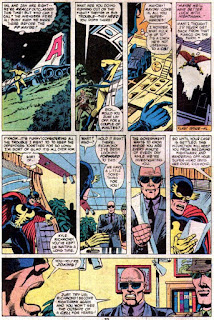 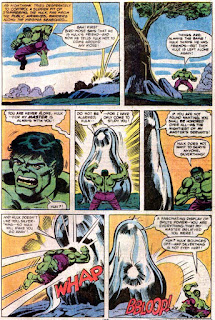 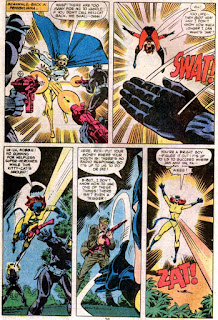 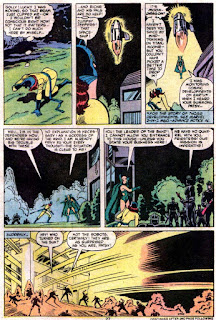 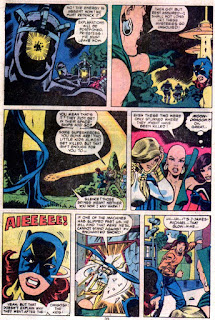 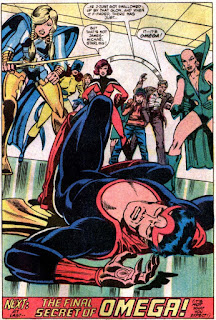