Hey, hey, hey, Groove-ophiles! When Young Groove saw the far-out Jim Starlin/Mike Esposito cover of Marvel Feature #8 (December 1972), I knew something was up. Ant-Man and Wasp were in their original outfits. Did I smell a reprint coming...? You bet your sweet bippy! The Dread Deadline Doom smacked Ant-Man's regular creative team upside the head, which led to a partial reprinting of Stan Lee/Ernie Hart/Jack Kirby/Don Heck's origin of the Wasp from Tales to Astonish #44's "Creature from the Kosmos". Now  I never was one to get all uptight when the DDD left Marvel to run such reprints, 'cause I'd never seen 'em before, so they were new to me, dig? And I figured with all the Ant-Man movie news coming out now, plus the announcement that Evangeline Lily will play a role in it has your appetite whetted for some Ant-Man/Wasp history. The news makes Ol' Groove hope the lovely lass from Lost plays the Wondrous Wasp!

Now, there's lots of dispute over the credits for "Creature..."; on the splash of MF #8 they credited Lee and Kirby; Grand Comics Database credits Hart and Heck. In Superhero Women, Stan himself lays it down like this: he plotted it, editorial assistant H.E. Huntley (aka Ernie Hart or Ernest Huntley Hart) scripted it, Jack Kirby laid it out, and Don Heck finished/inked it. Sounds good to me! The credits for the 70s framing sequence are a bit easier: Mike Friedrich wrote it, P. Craig Russell penciled the first two pages, Jim Starlin penciled the "new" half of page three and all of the final page, and Jimmy Janes inked 'em up right purty. Whew! Enough yang, yang, here come the origin of the Wasp! 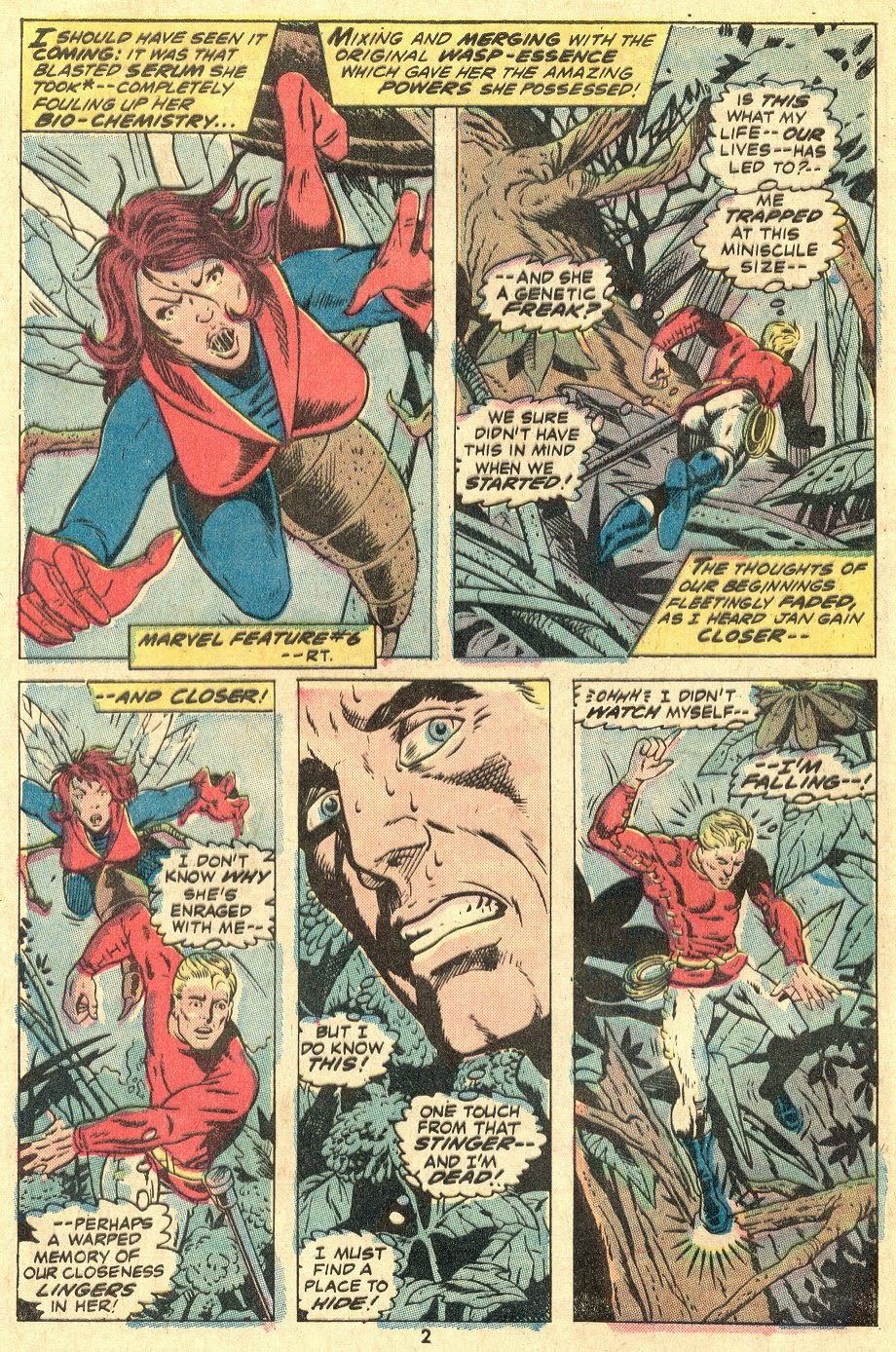 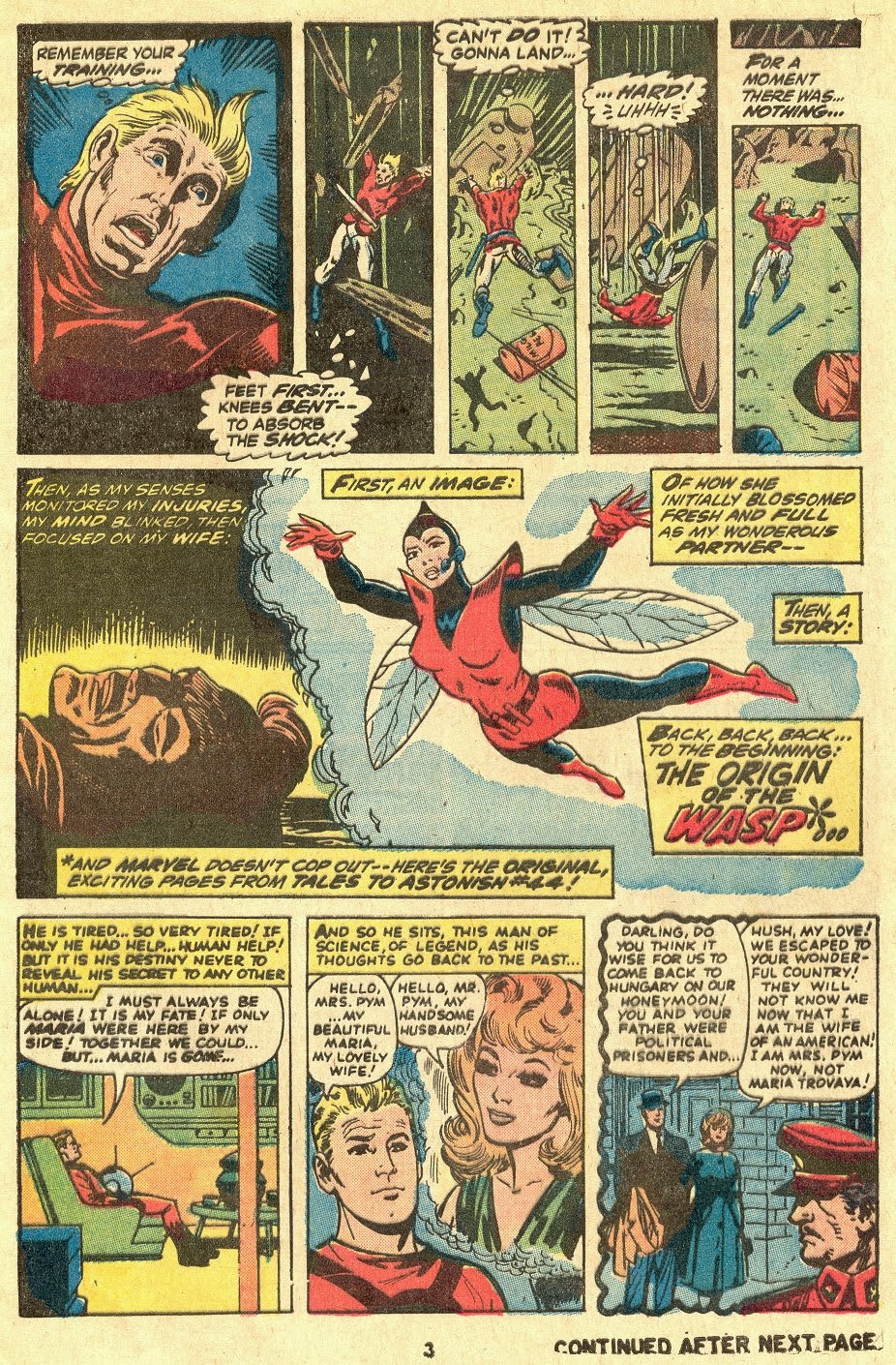 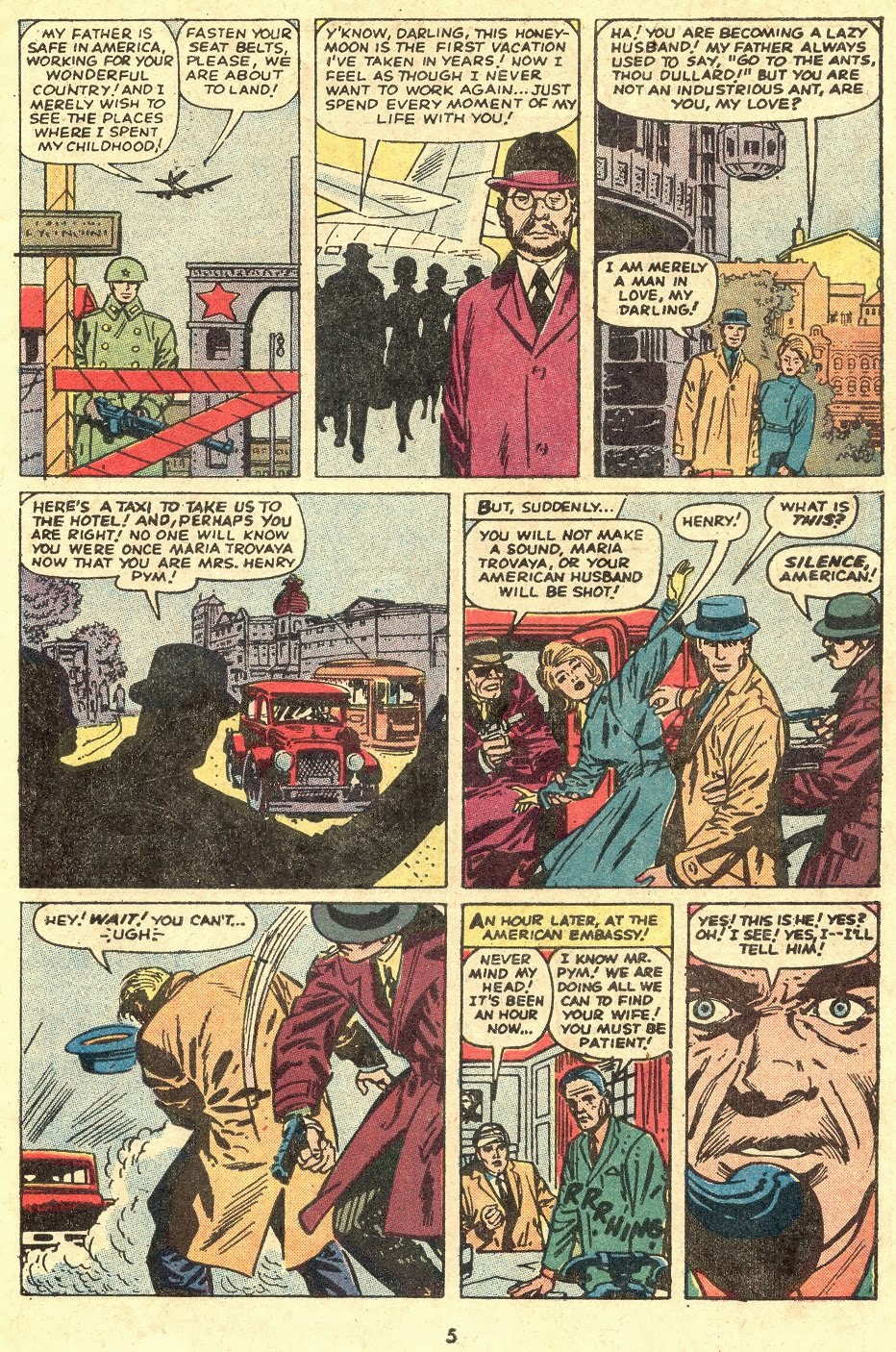 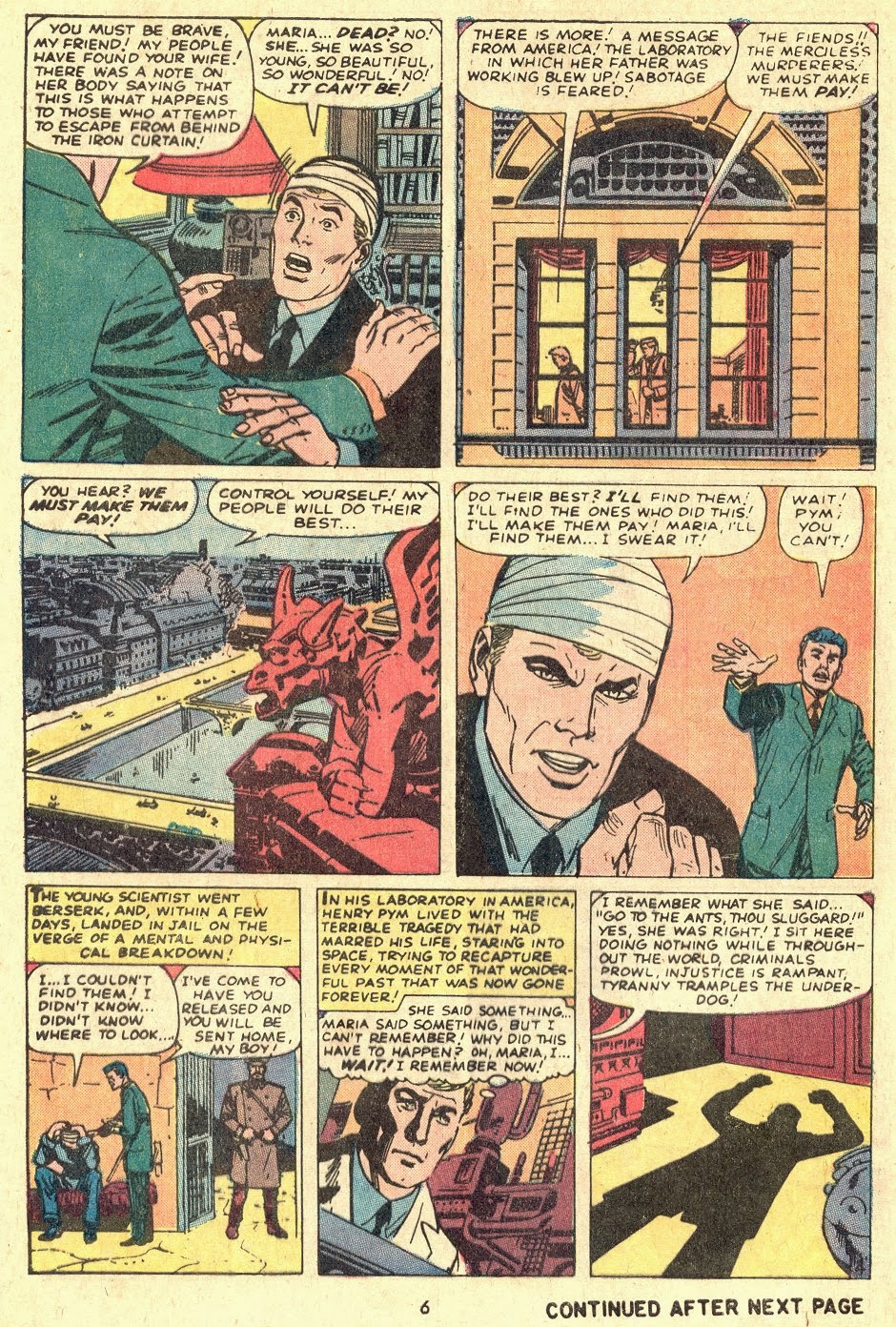 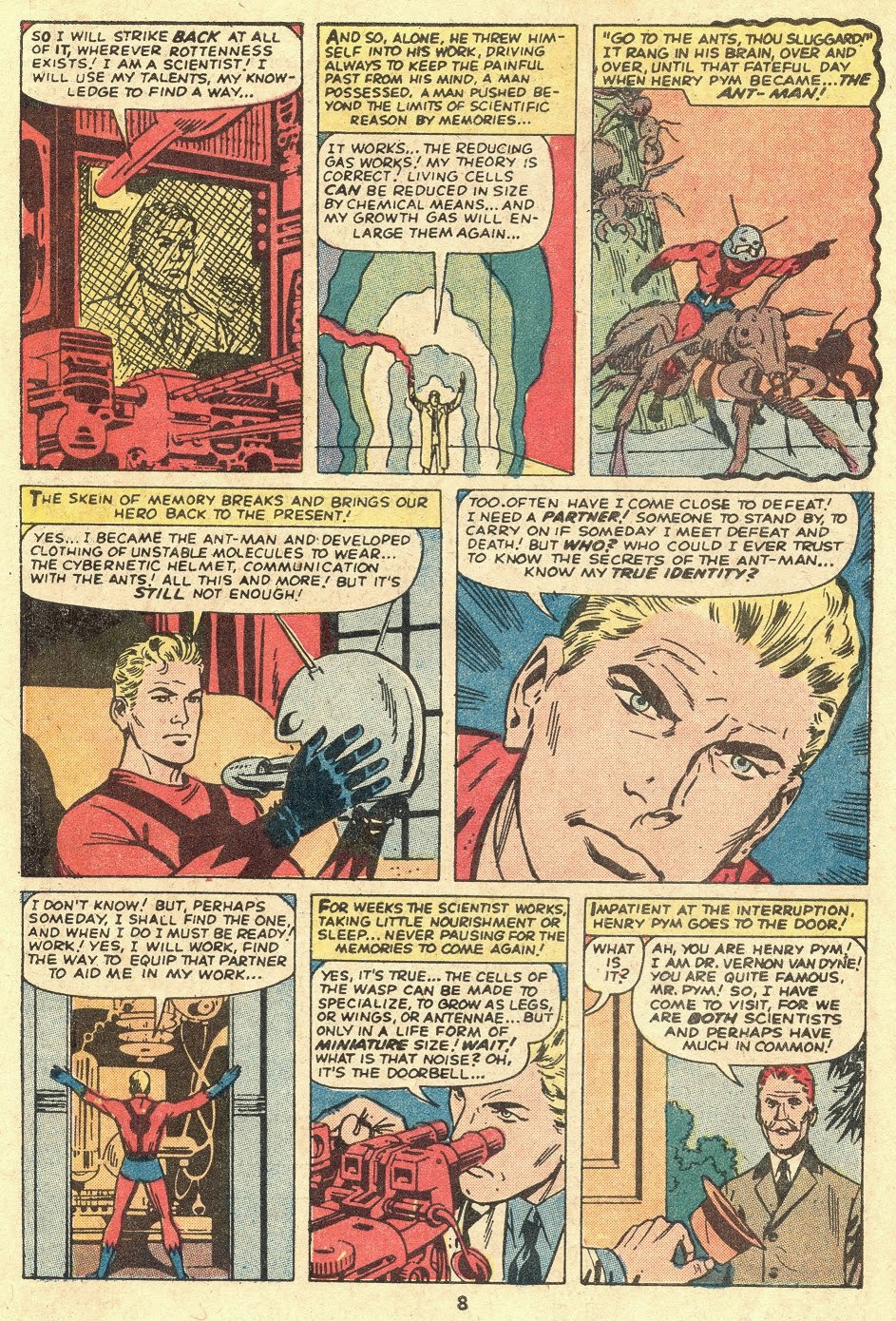 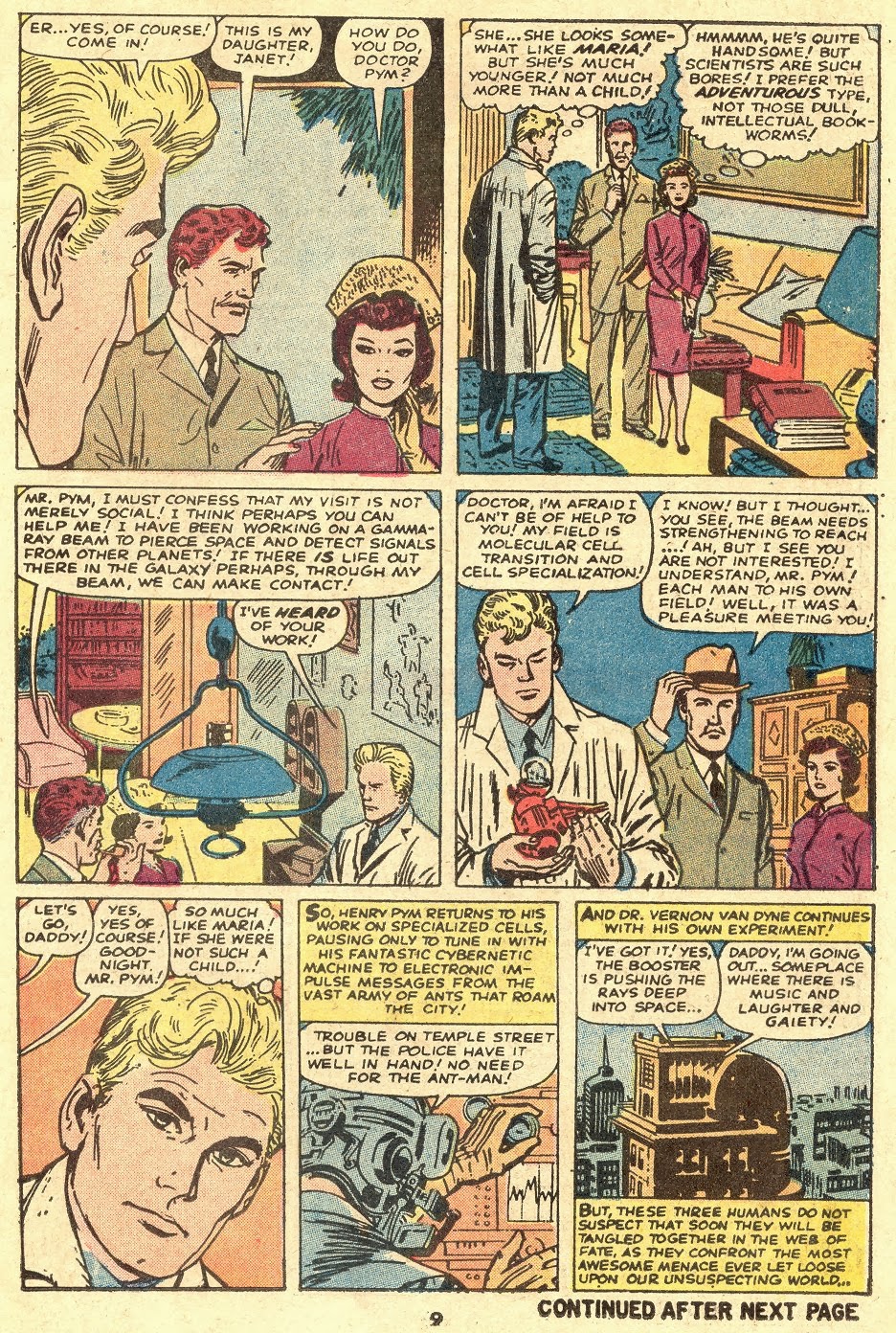 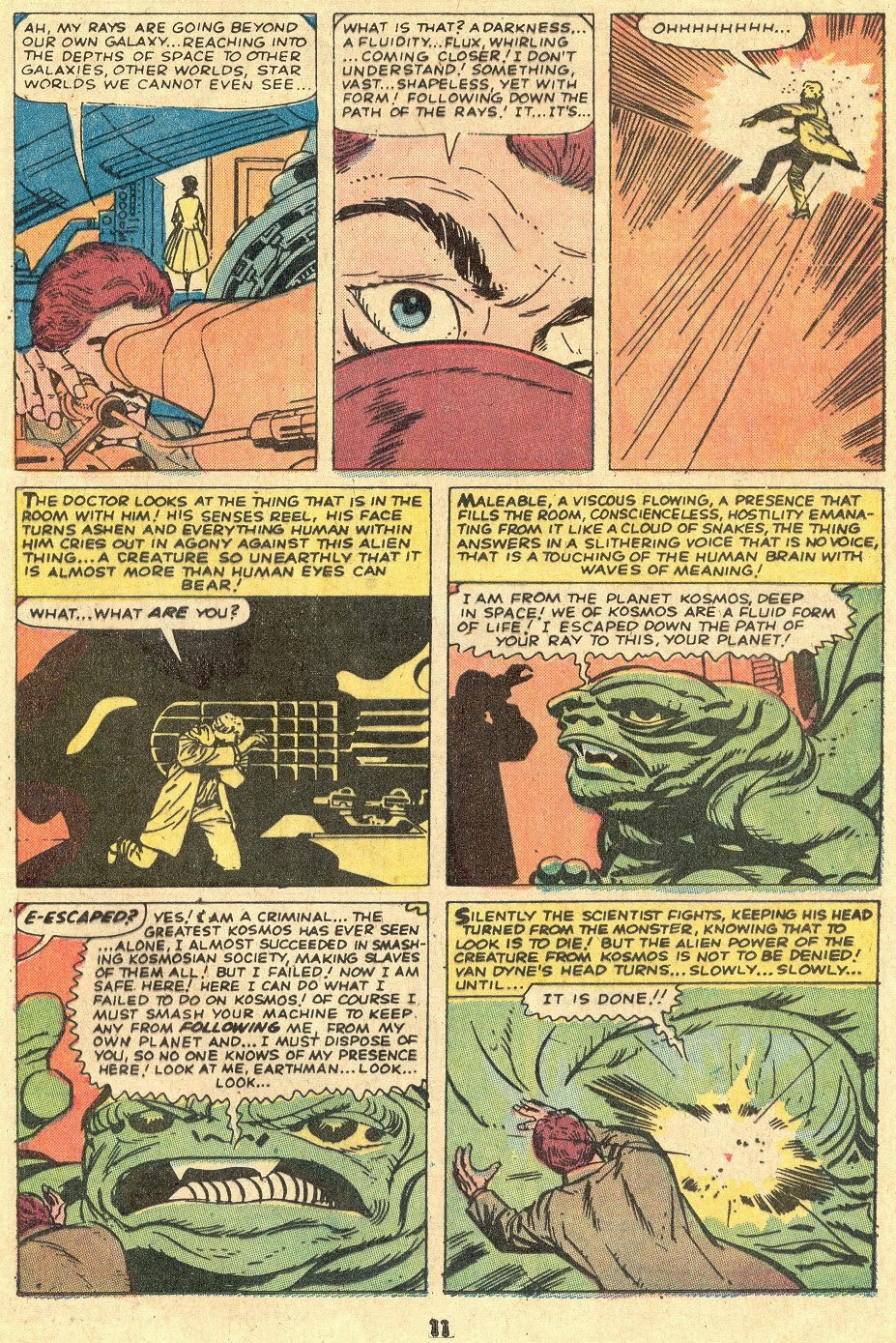 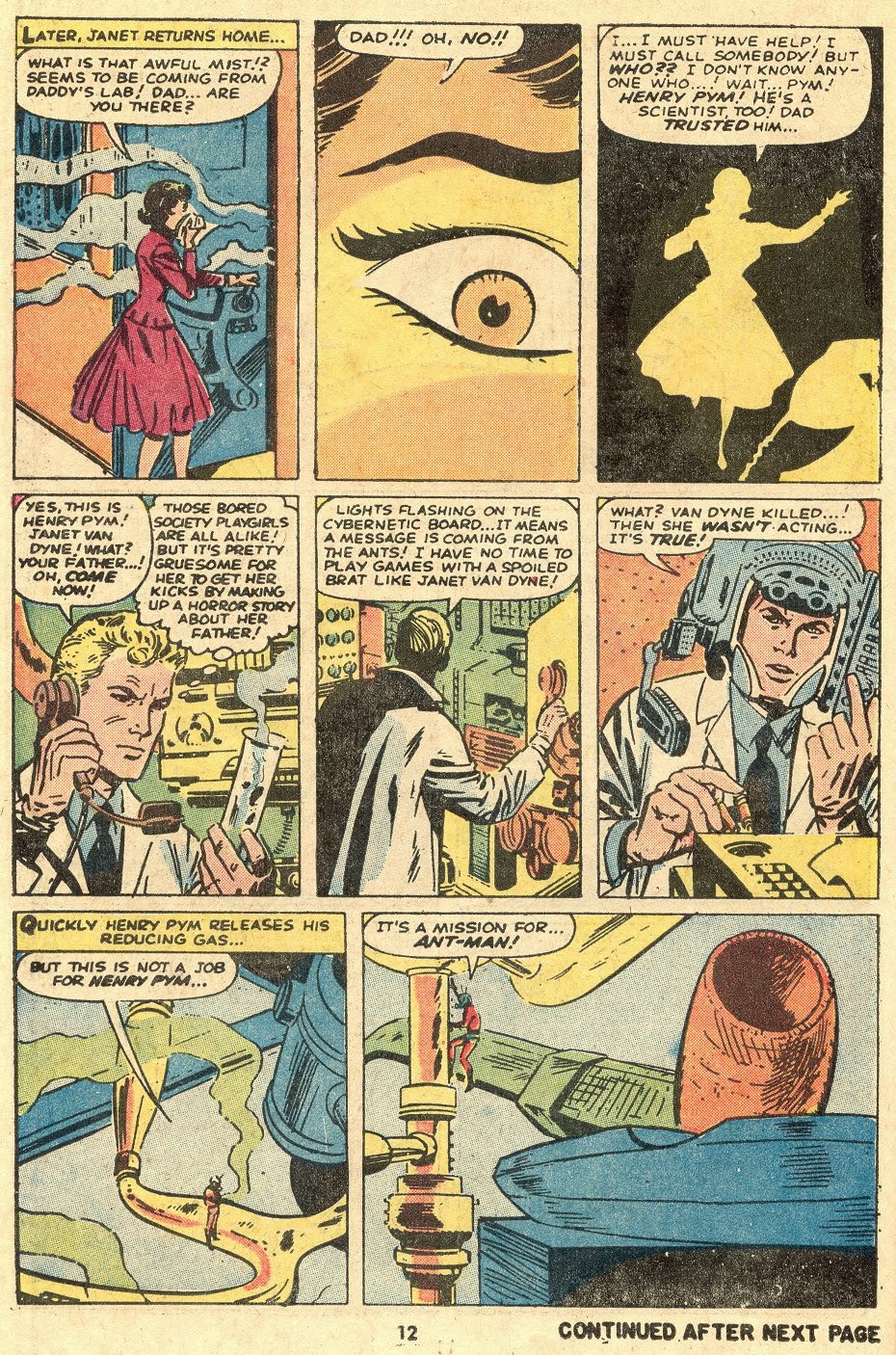 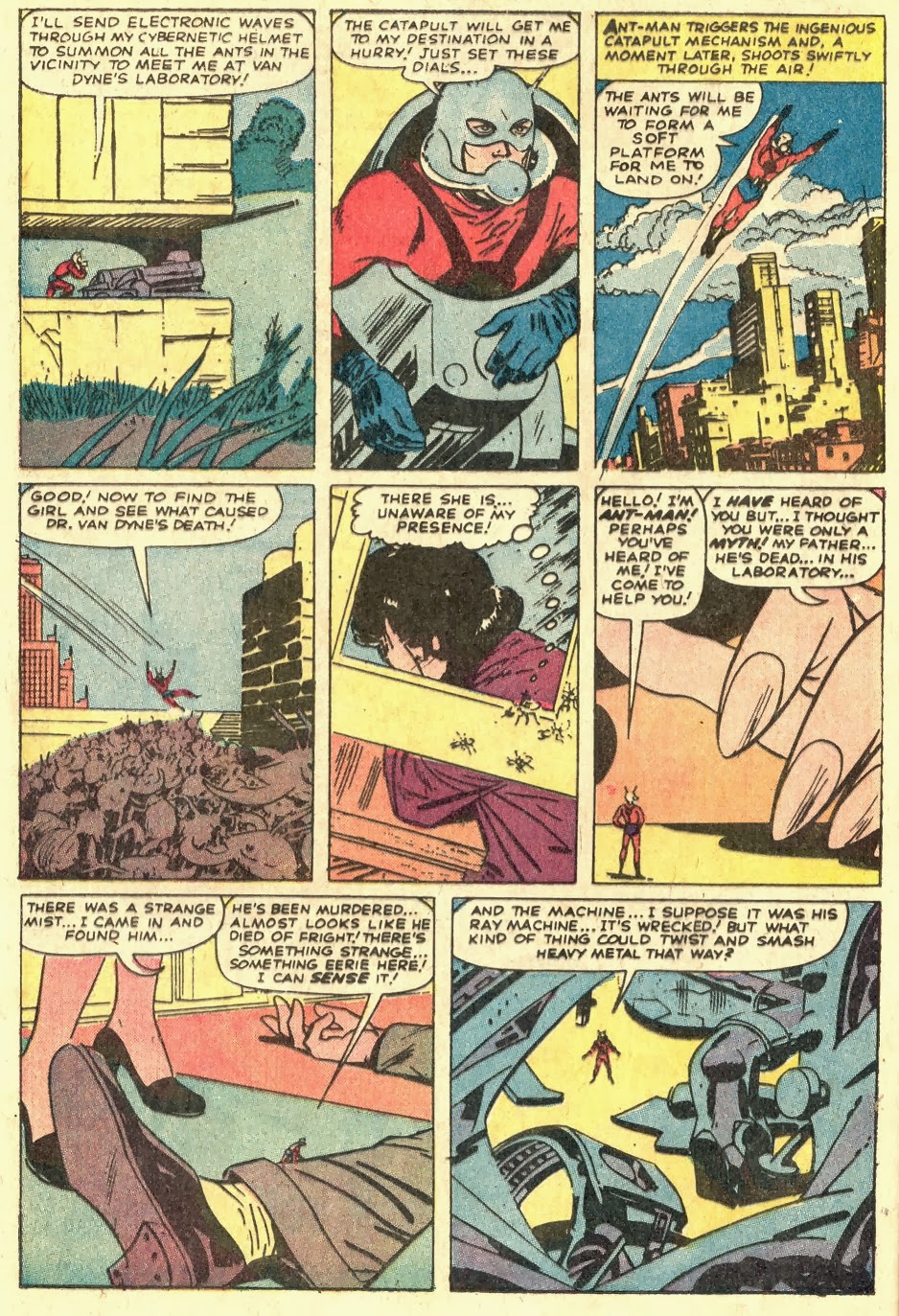 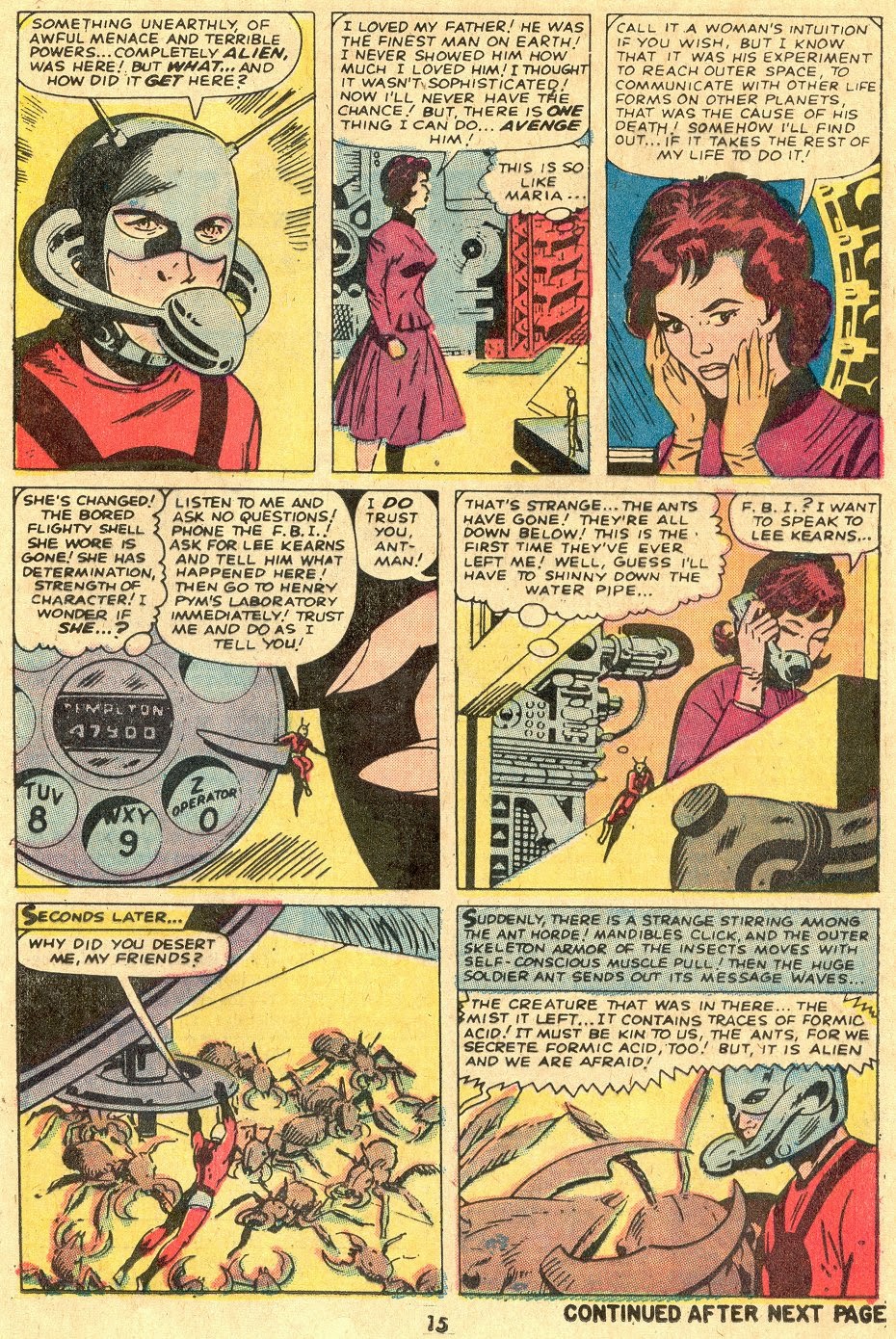 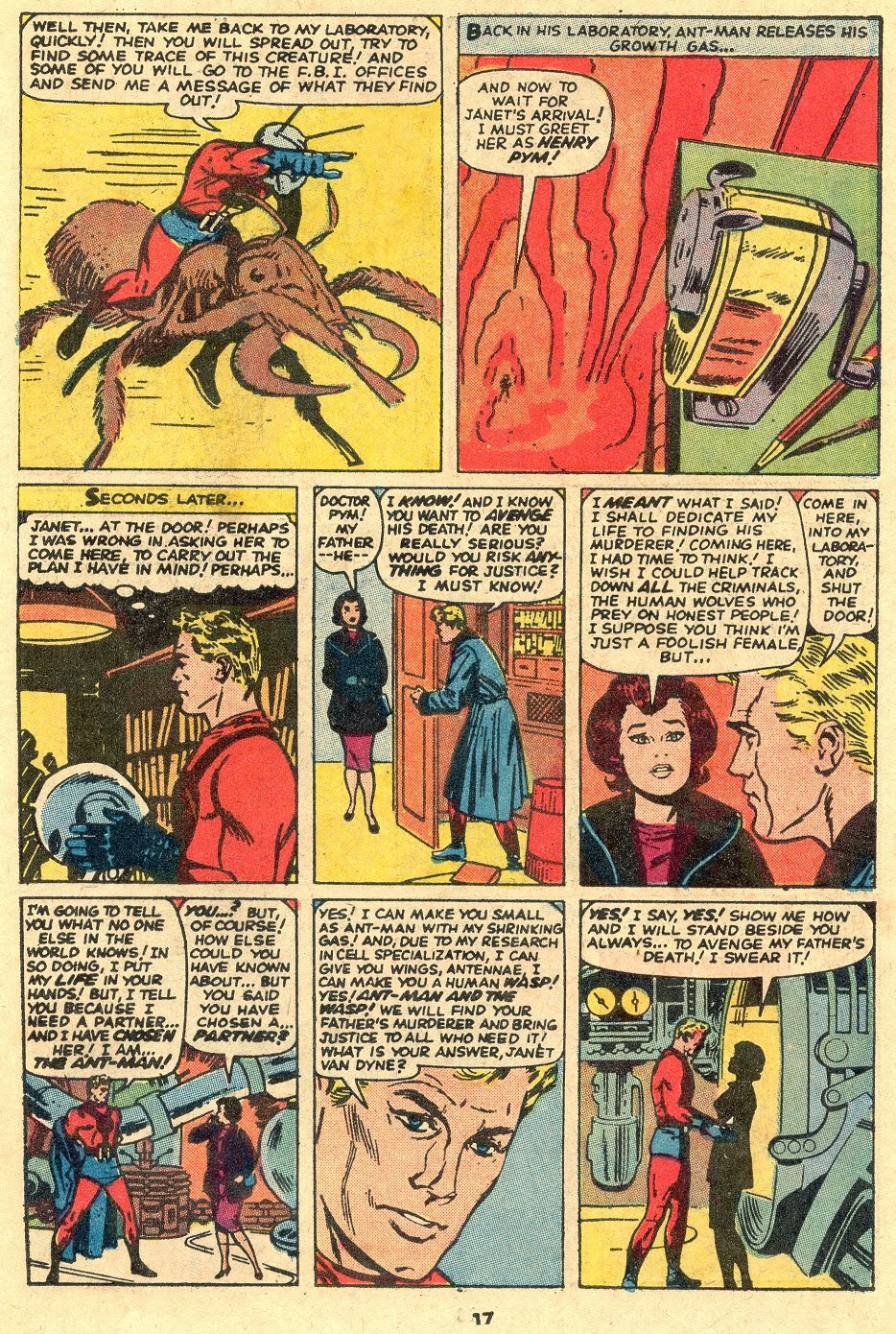 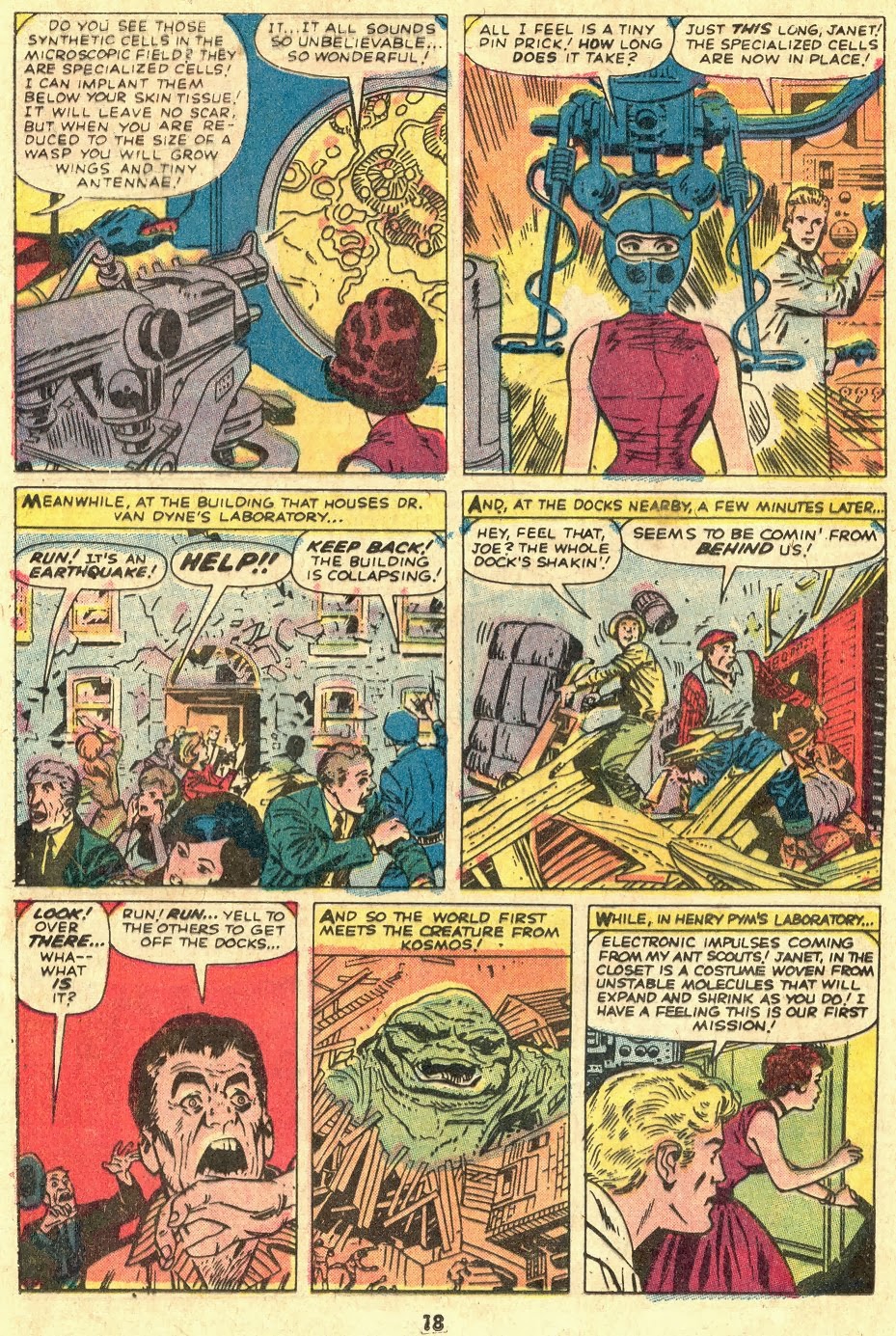 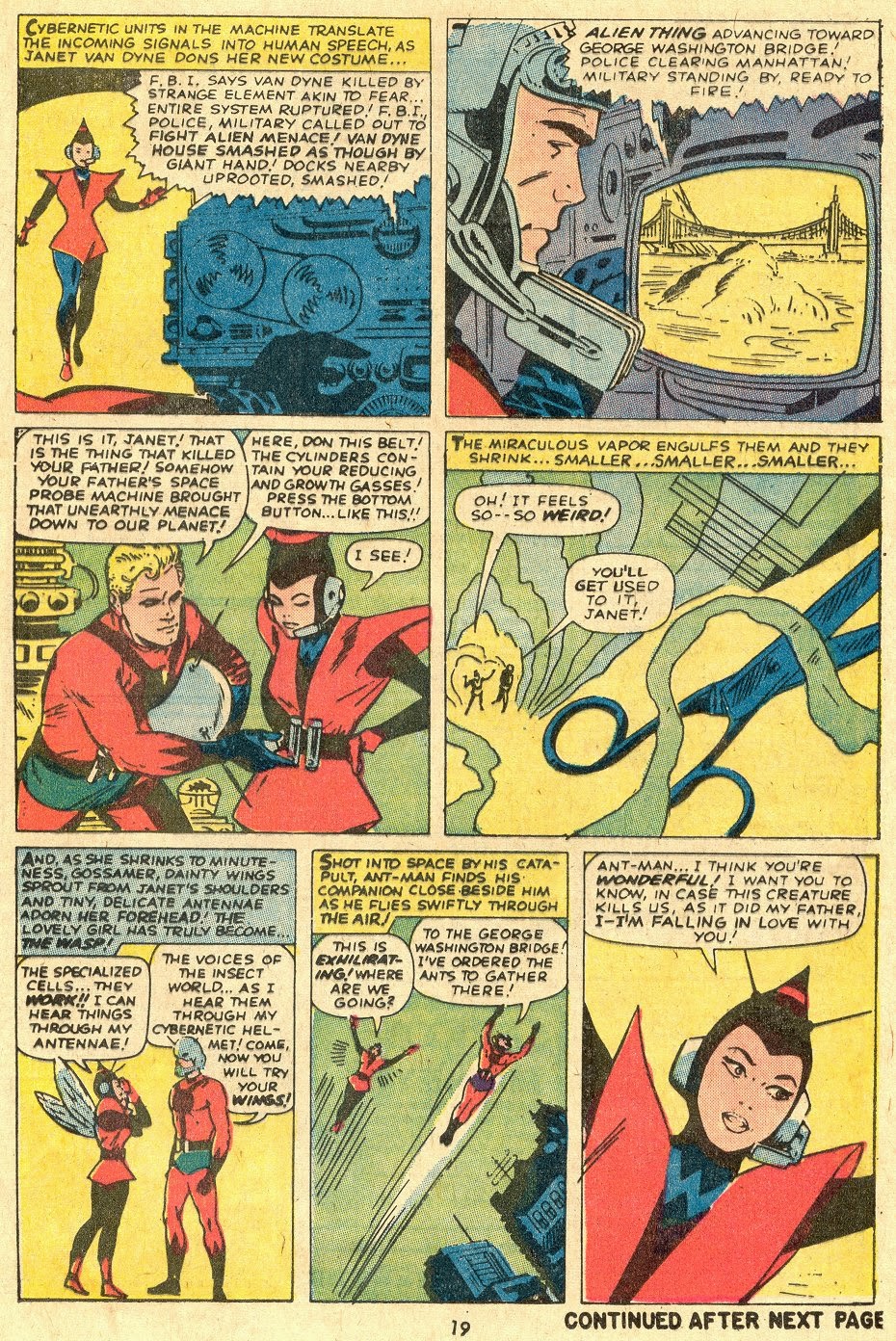 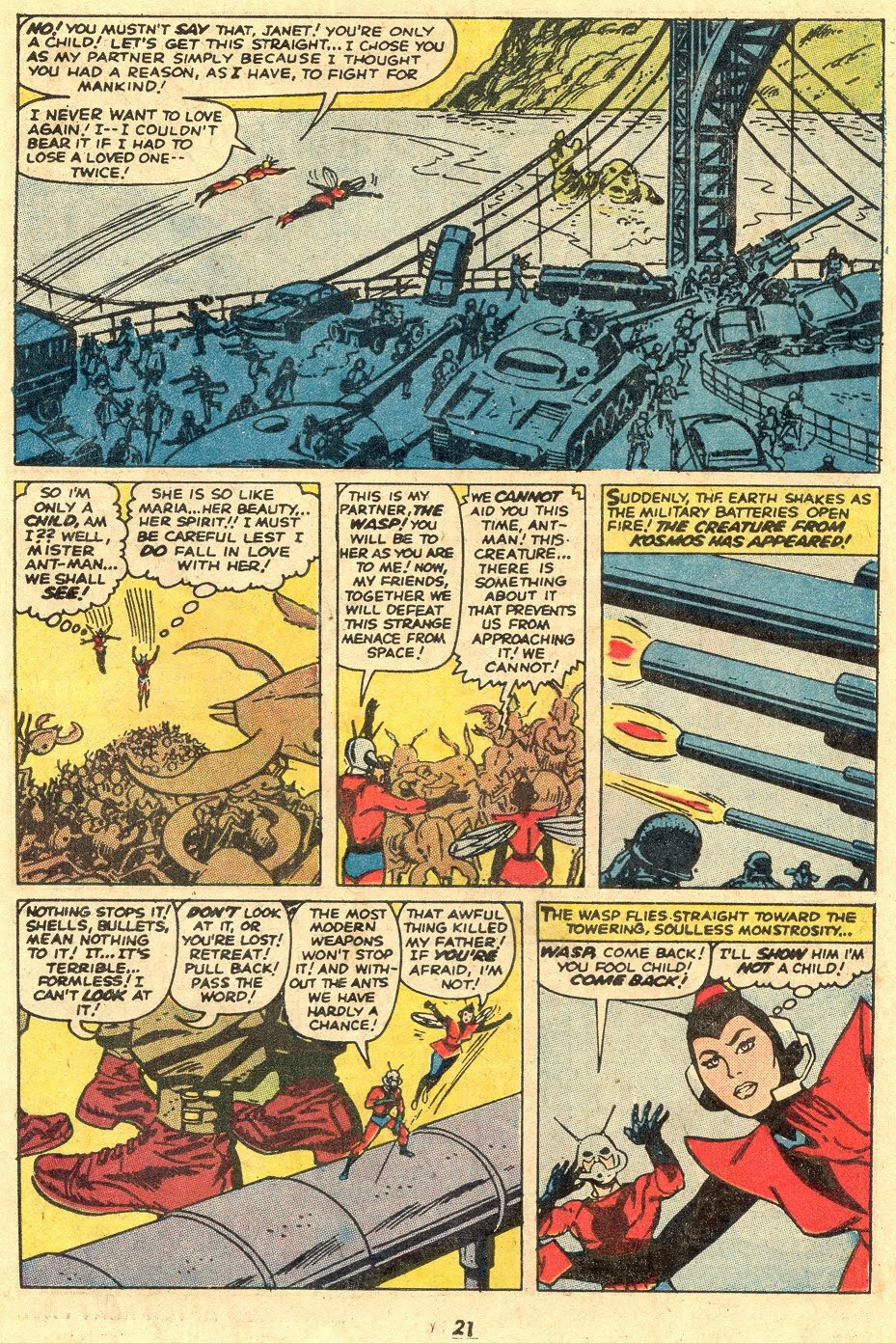 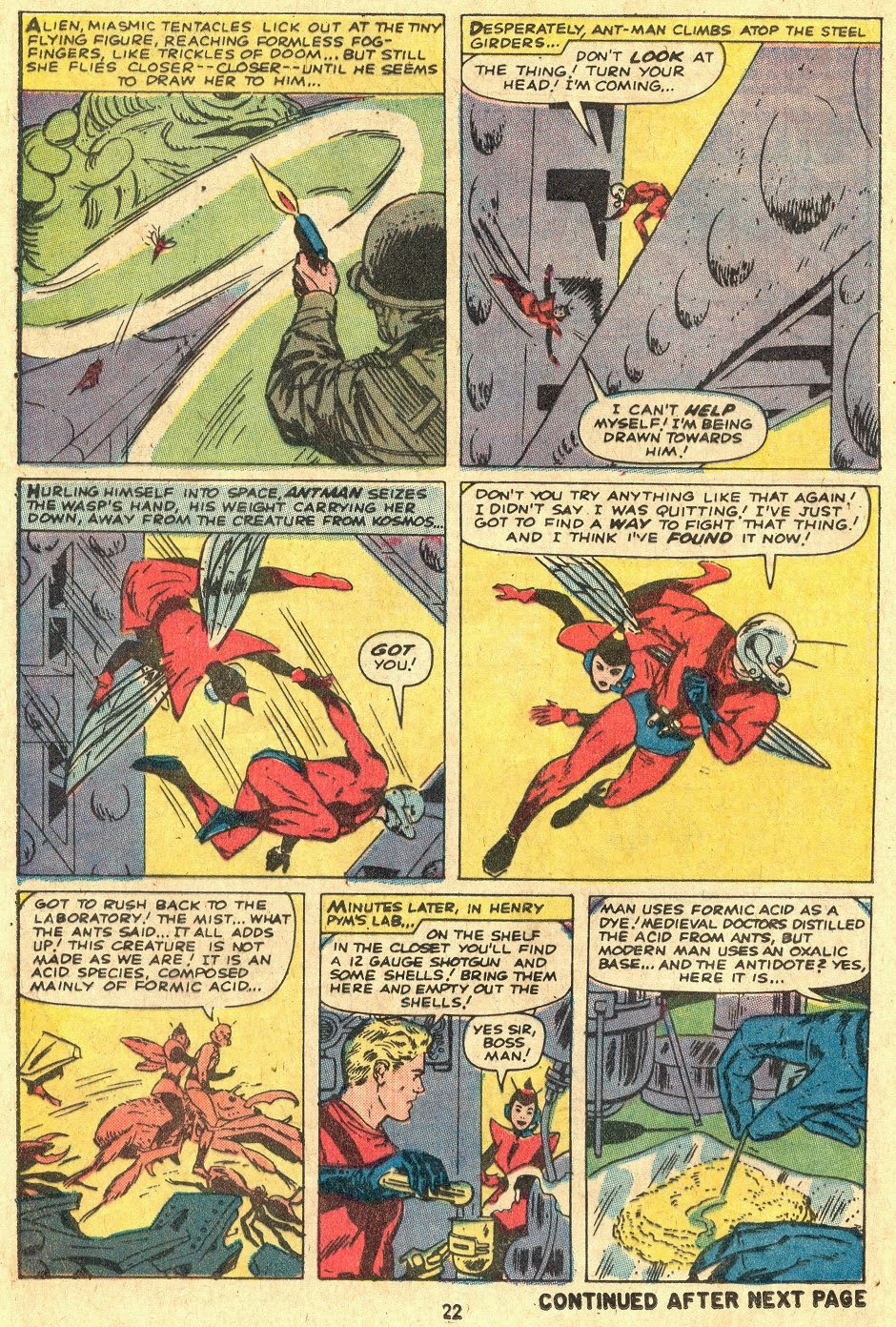 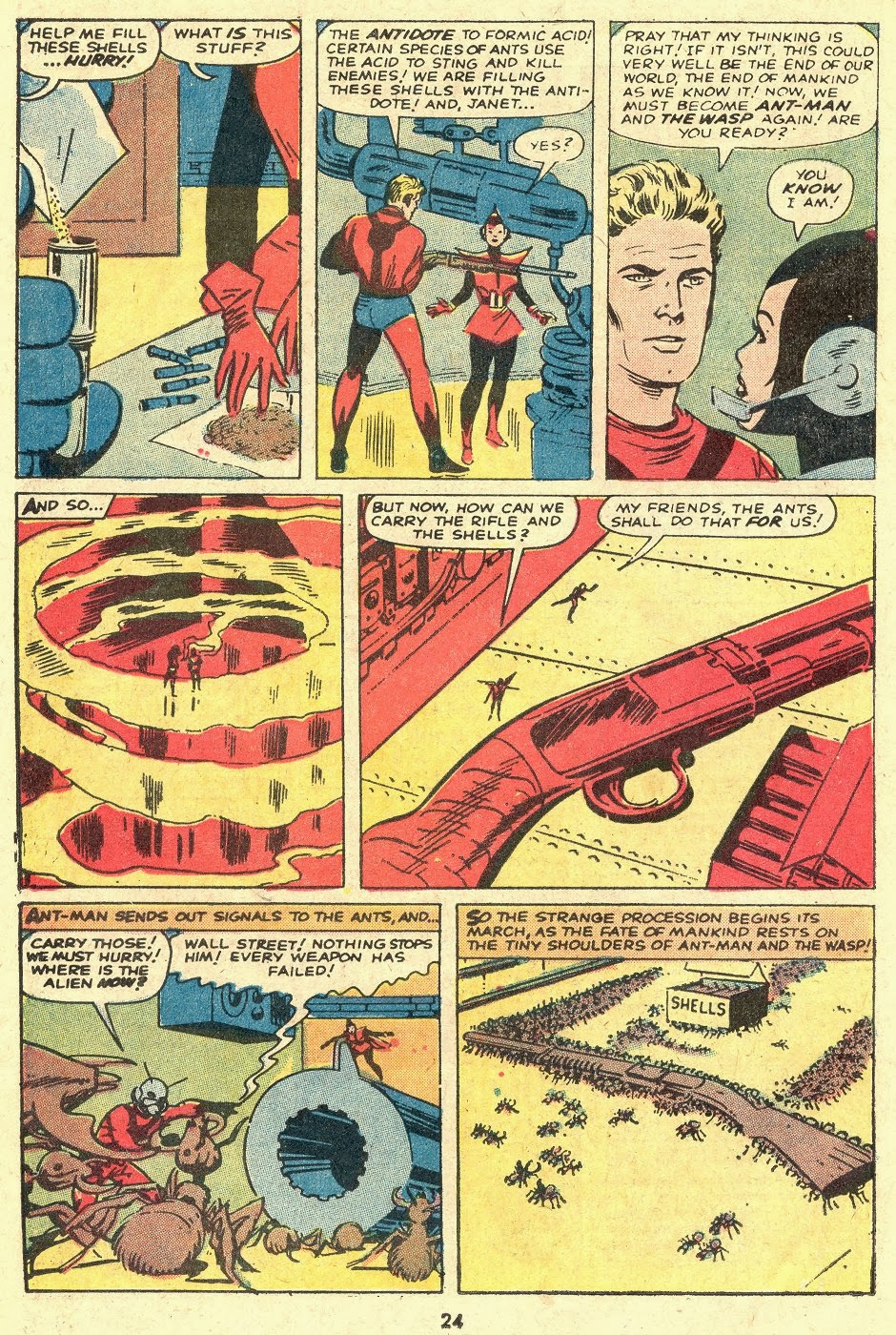 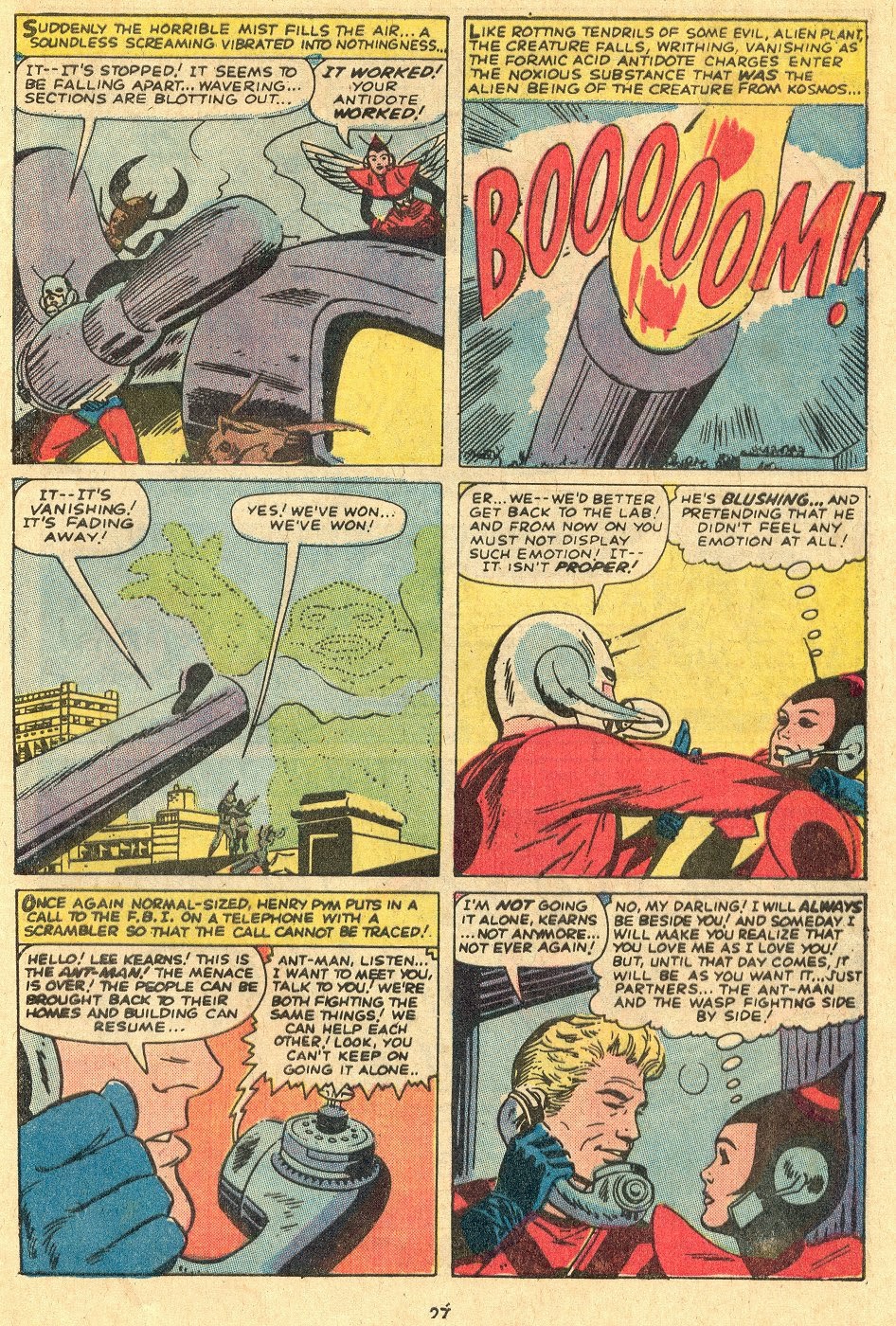 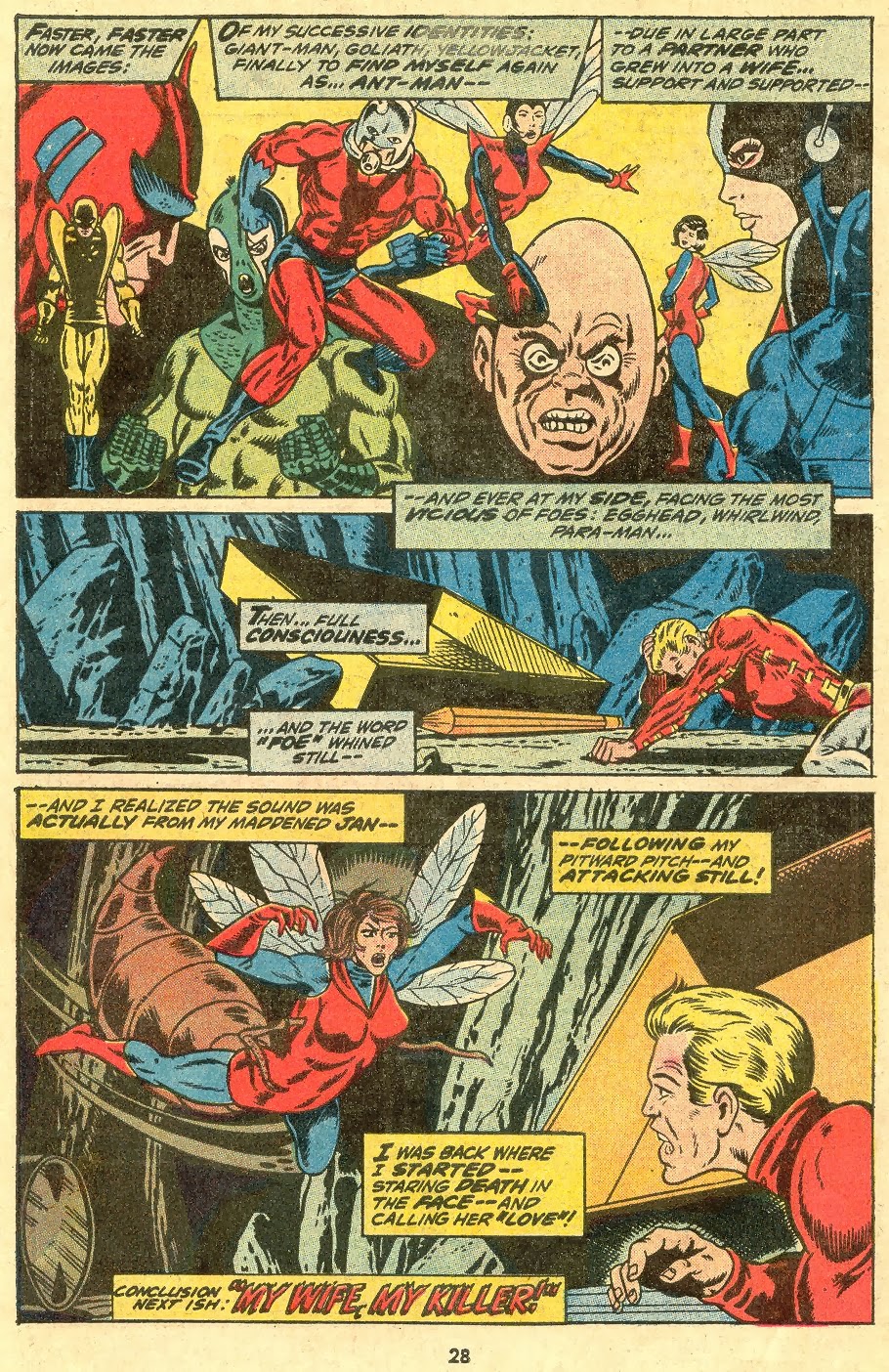