Black and White Wednesday: "Well, Come on All You Big, Strong Men..." and more by Stern, Byrne, and Vohland

Greetings, Groove-ophiles! Ol' Groove is getting so excited about the upcoming Captain America: Winter Soldier movie that I can hardly stand it! Cap has always been at the tippy-top of my list of fave Marvel characters and I've loved Chris Evans' turns as Cap in The First Avenger and Avengers, so April 4th can't come soon enough for moi! That being said, yers trooly was in the mood for some Cap history...and one of the all-time best articles on the life and times of Steve Rogers was written nearly 40 years ago by Roger Stern for FOOM Magazine #8 (late 1974). "Well, Come on All You Big, Strong Men...", as well as shorter articles on Bucky and the Falcon were illustrated by John Byrne and Duffy Vohland. As most of ya know, in the early 80s, Stern and Byrne teamed for one of the best Captain America runs of all time, but that's a story for another time (and another blog). I bet you'll dig these articles on Cap, Falc, and Bucky--these heroes will be quite different from the movie versions--but underneath it all, Ol' Groove has the feeling they won't be too terribly different after all... 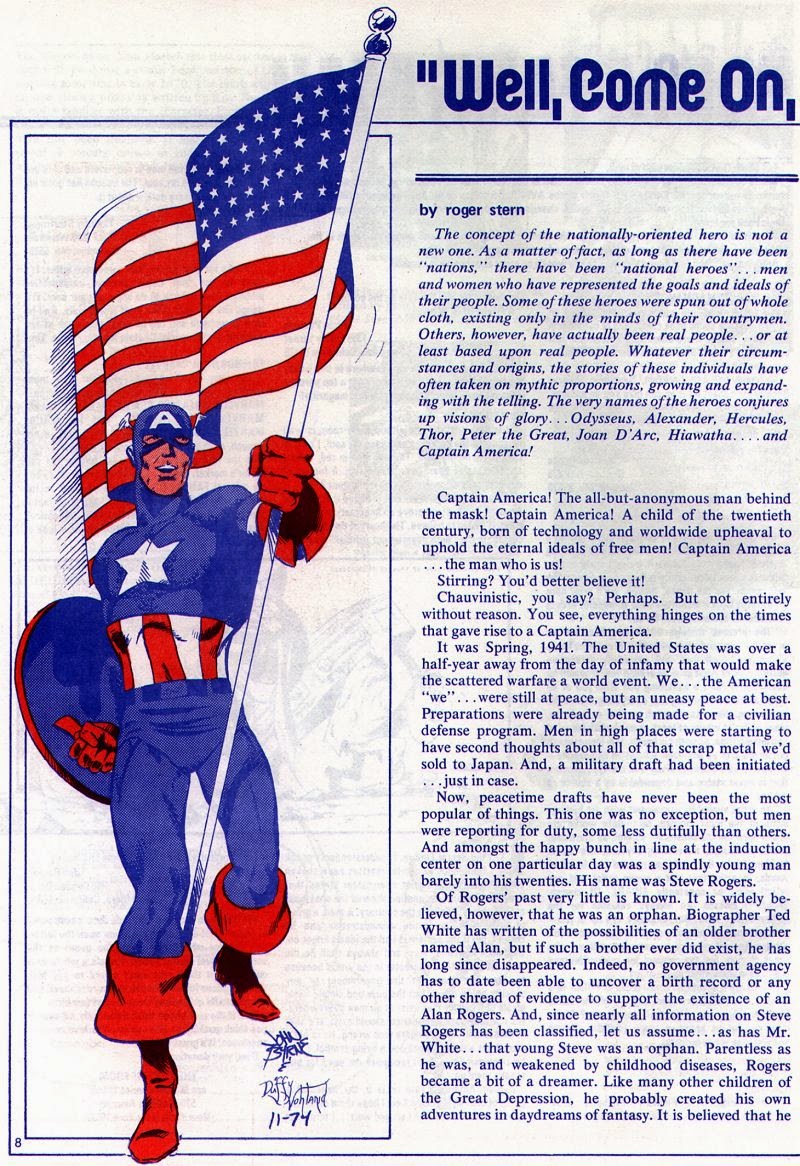 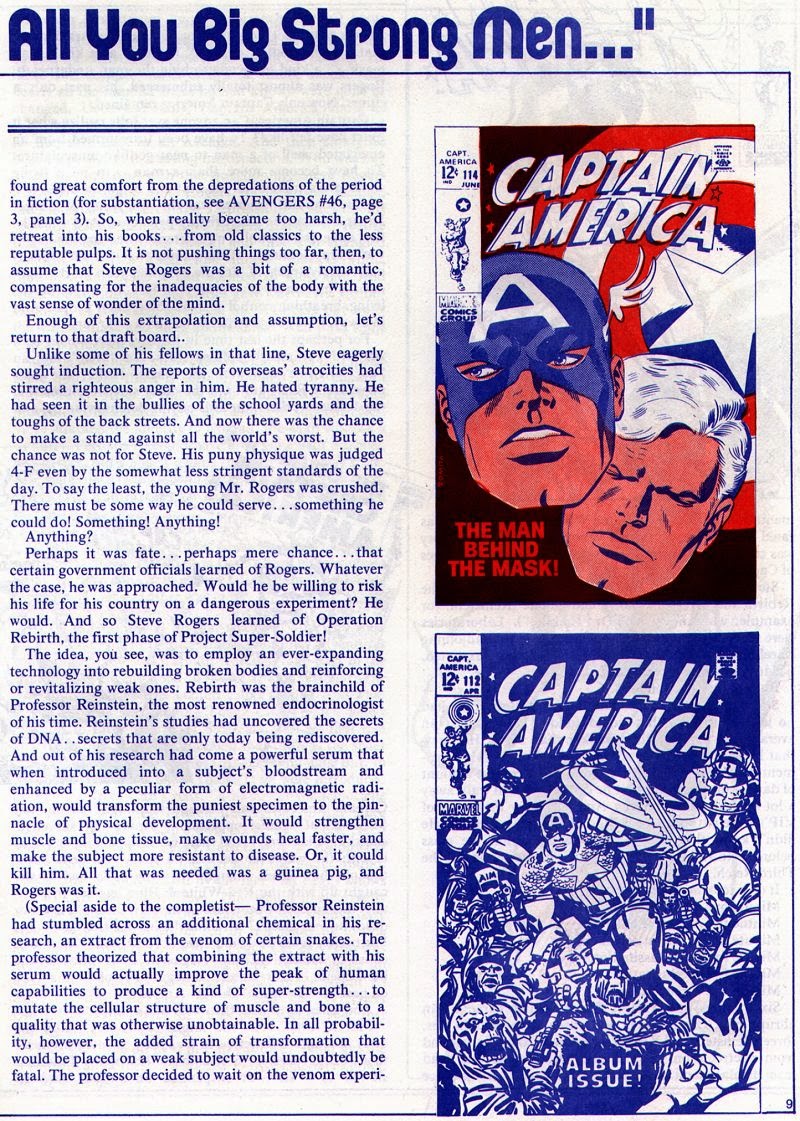 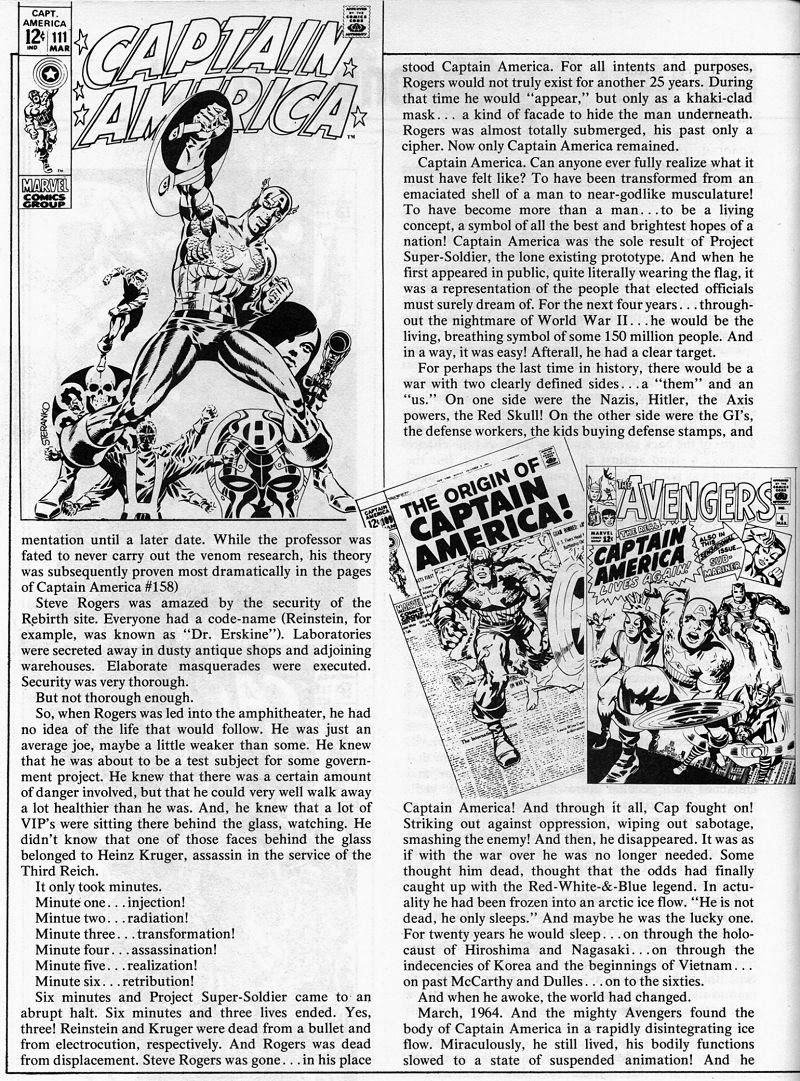 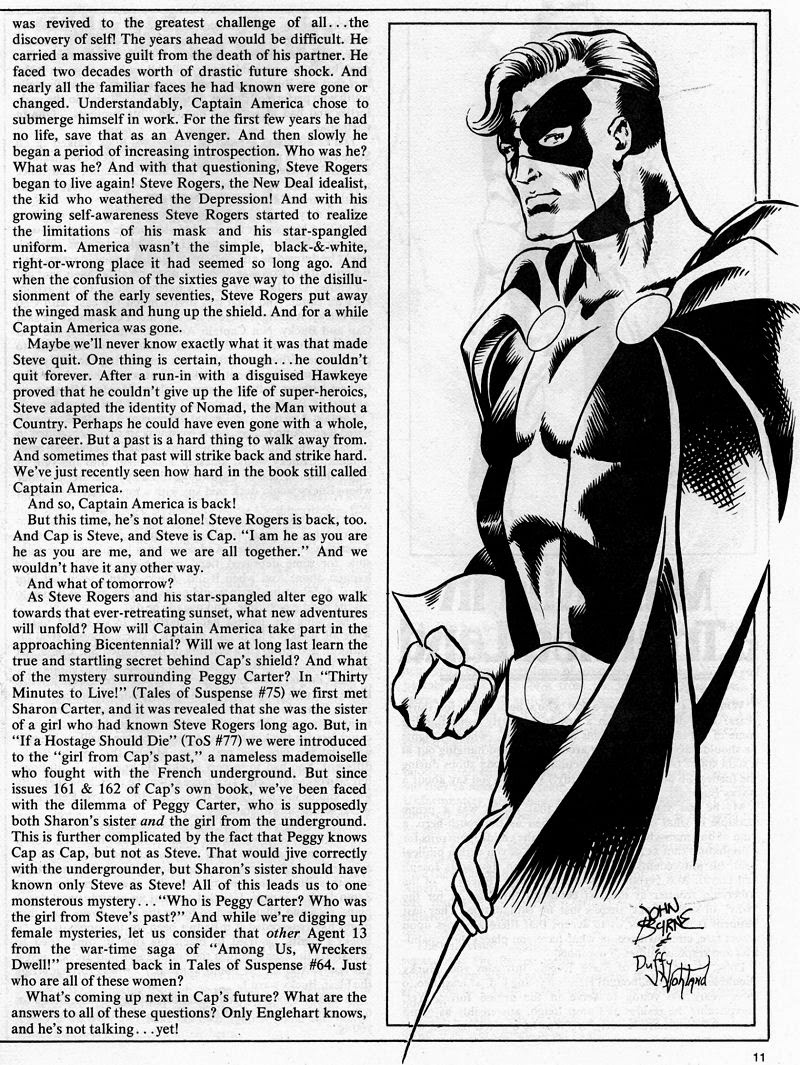 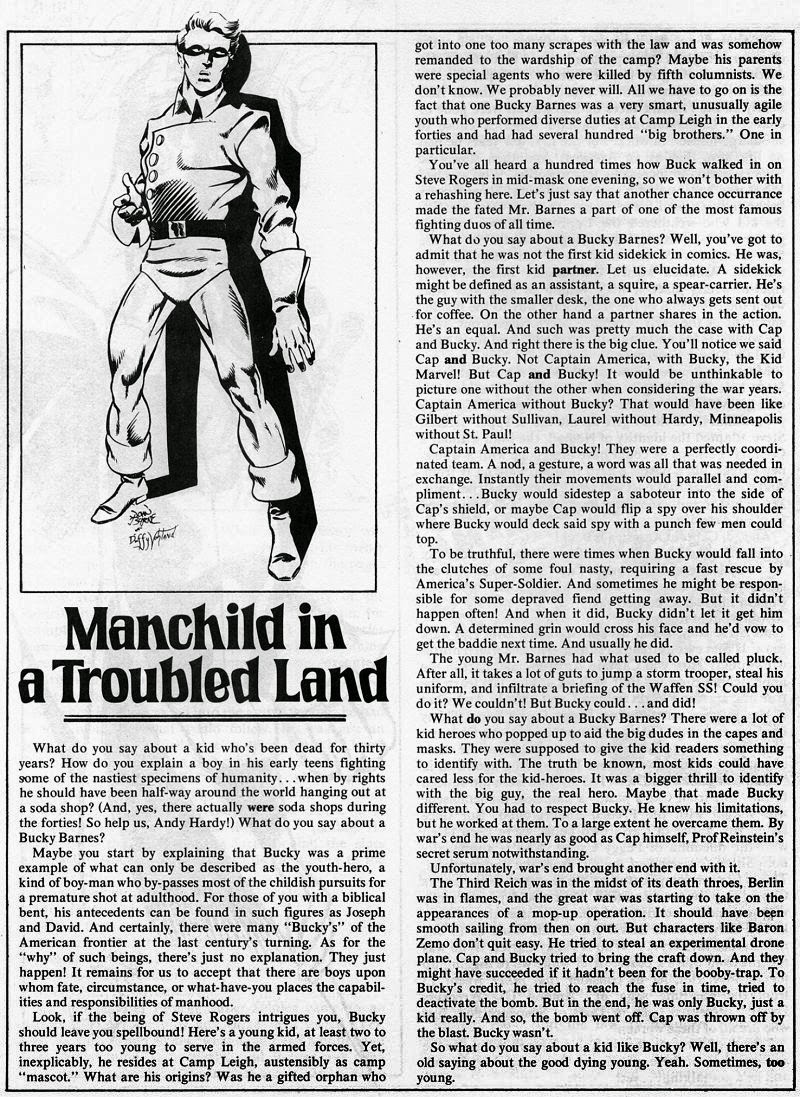 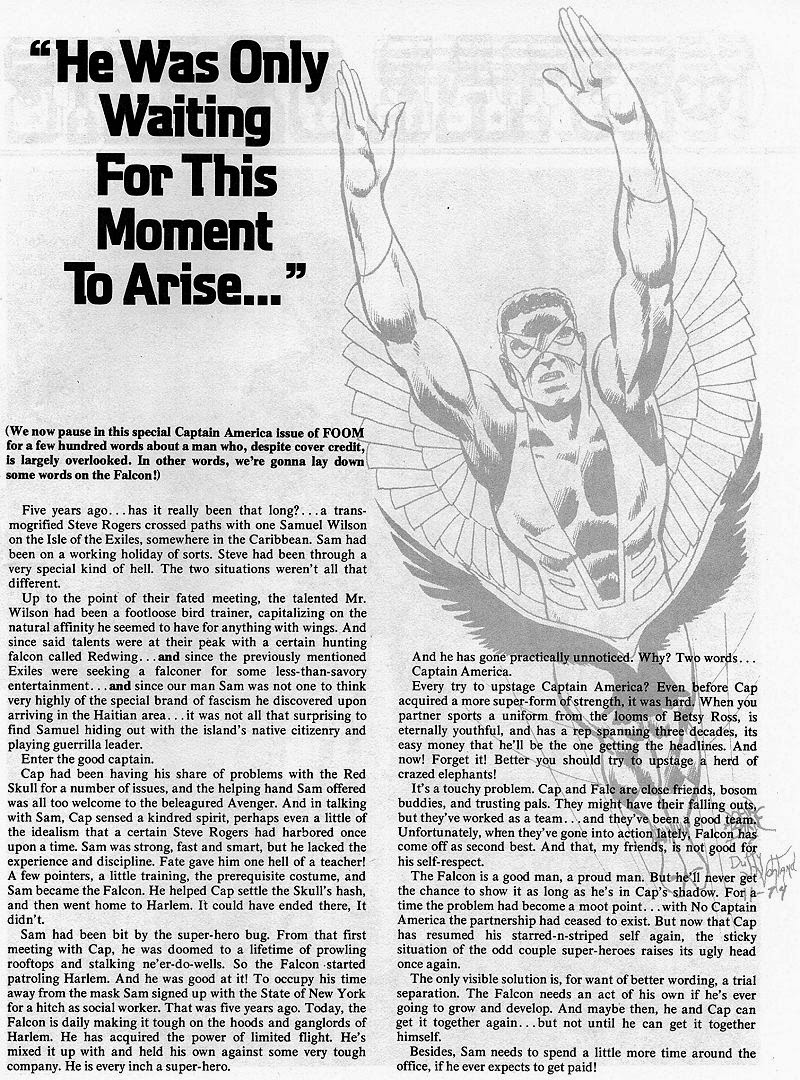