Byrne-ing to Read/Amazed by Aparo: "In the Beginning" by Wein, Byrne, and Aparo

Hey, hey, hey, Groove-ophiles! Way back when John Byrne (along with writer Chris Claremont and inker Terry Austin) was making The Uncanny X-Men the coolest comicbook on the planet (think Dark Phoenix Saga-era!), he found the time to pencil his very first comic for DC: the first issue of The Untold Legend of the Batman (April 1980). Written by Len Wein and inked/finished by (tah-dah!) Jim Aparo, TULotB was the ultimate Batman origin mag--at least until Frank Miller's Batman: Year One came along in 1986 (and some would argue that B:YO is more a Commissioner Gordon origin mag, but I digress). Besides the teaming of two of the all-time best artists of the Groovy (and any) Age, Untold  gave us extra pages (22 pages in the 17 page era!) so we could really dig into every nook and cranny of The Batman's past! And how 'bout how well Byrne and Aparo's styles mesh here? You can tell Byrne's faces and figure-work quite easily, but Aparo's inks give it that dark, moody look we so loved in The Brave and the Bold! I hear that Untold is soon to be reprinted in a Batman omnibus of some sort, so be on the lookout! (Know ye this: issues two and three contain all-Aparo art, so Byrne fans might be bummed, but Aparo fans will be dee-lighted!) Let's start things off with the ads that made Teen Groove go mad with desire (okay, my life wasn't nearly as sad as that sounds...)... 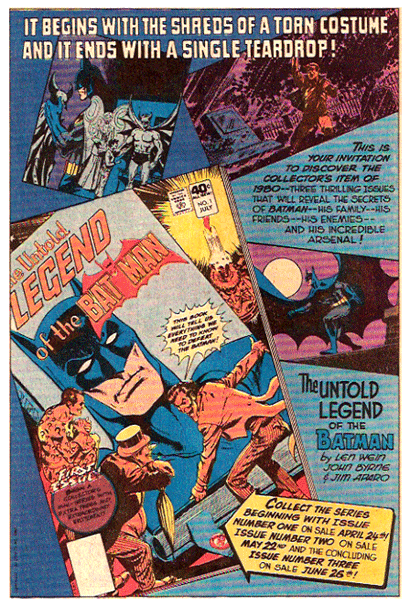 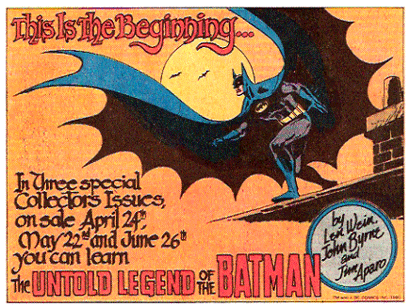 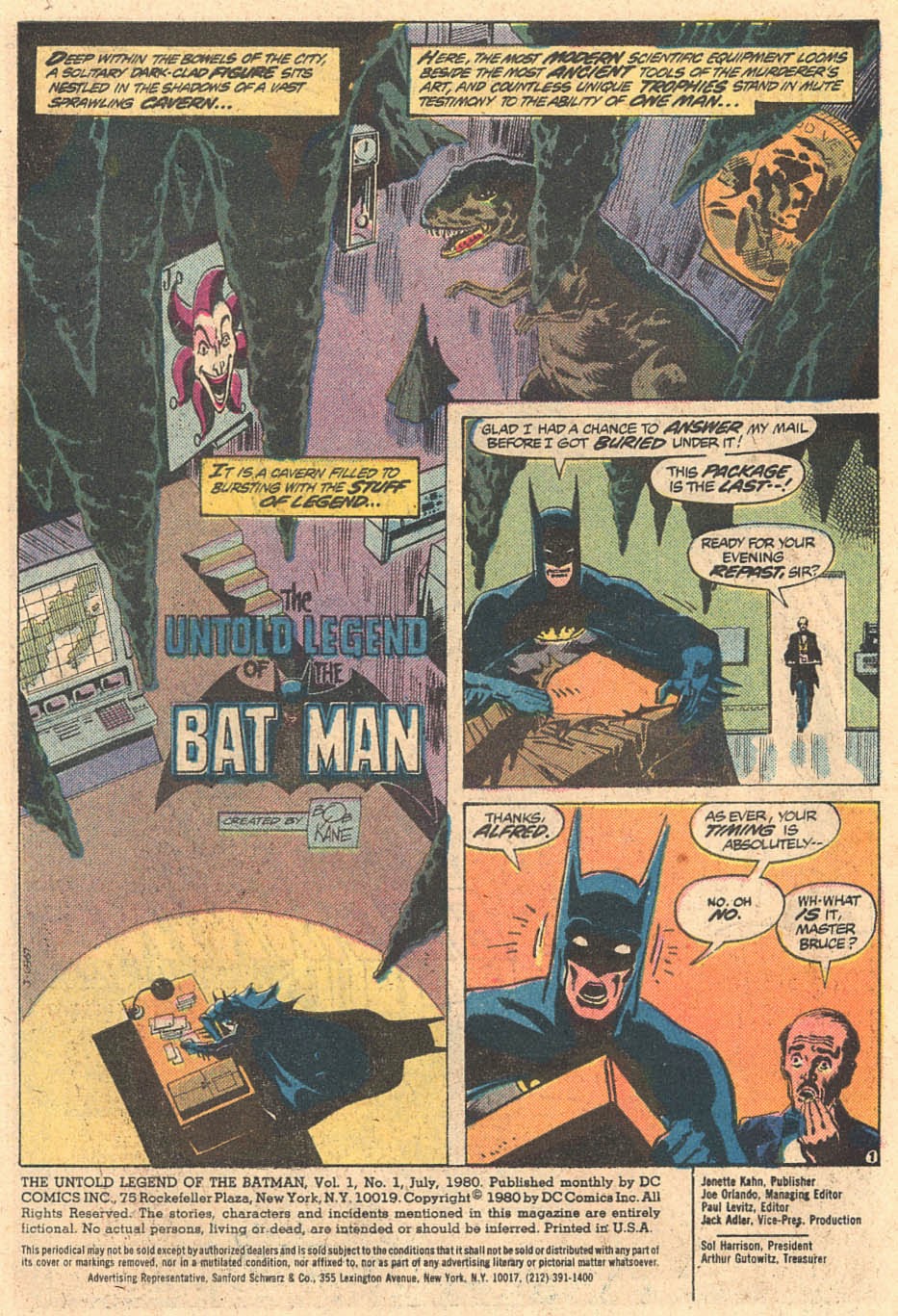 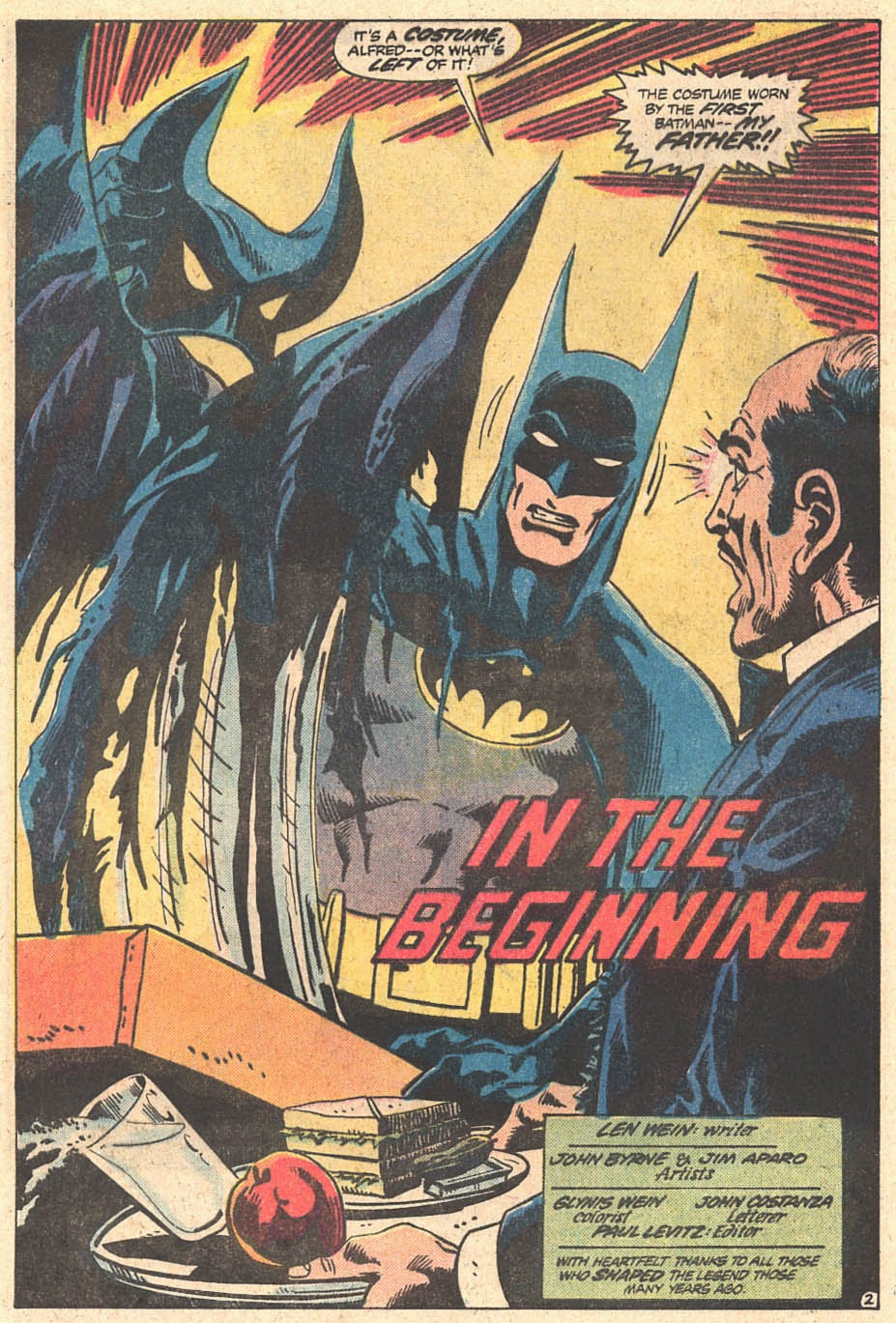 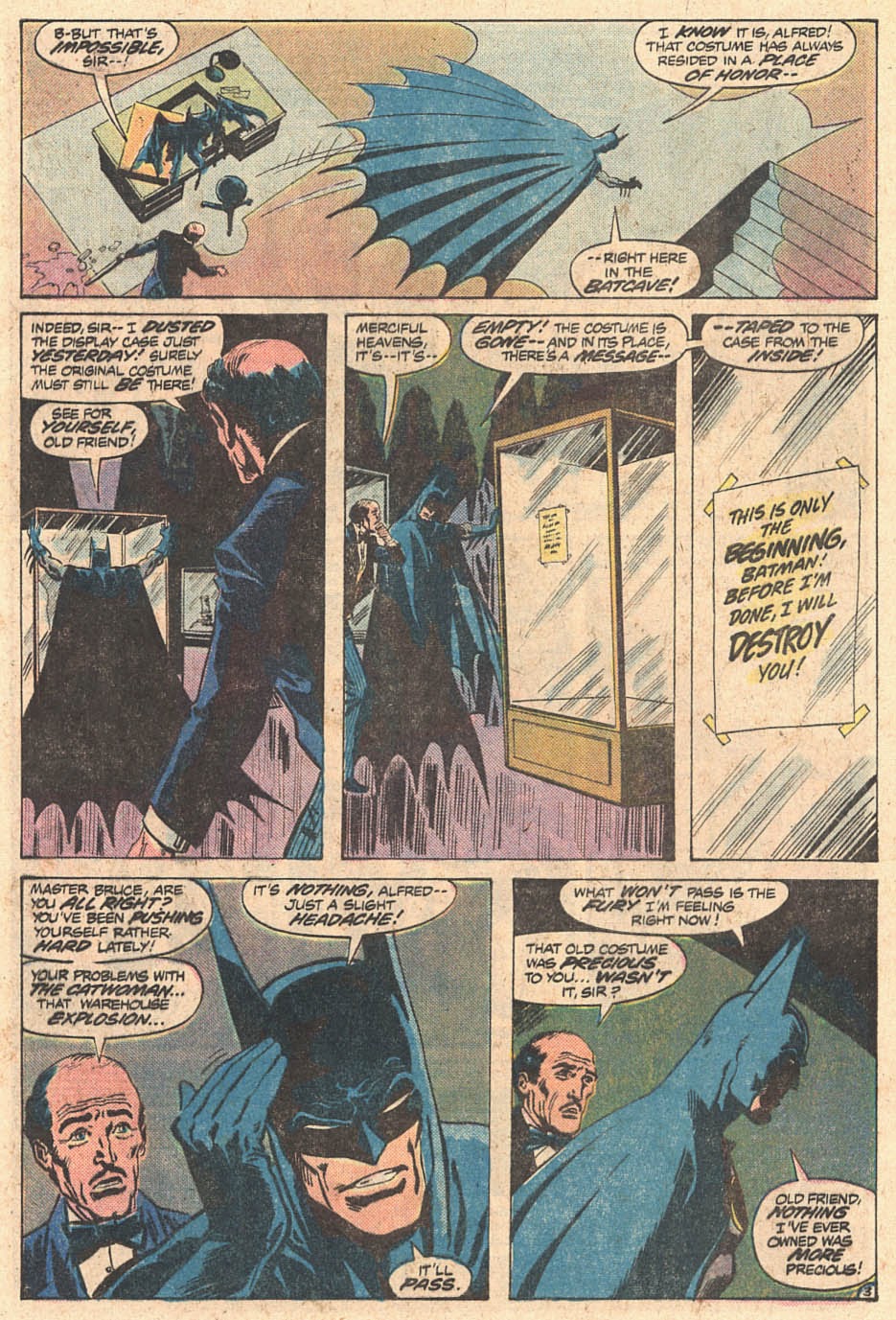 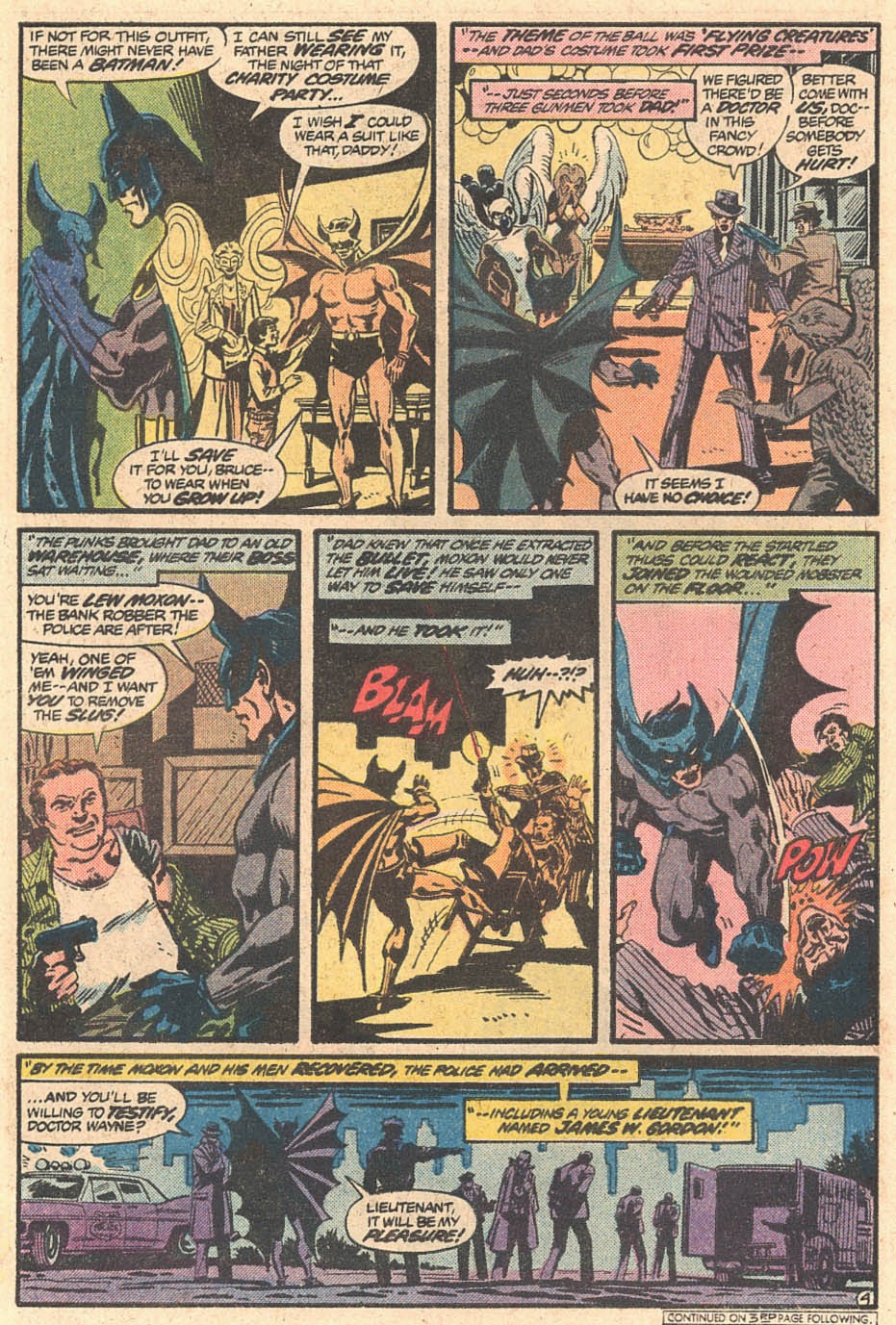 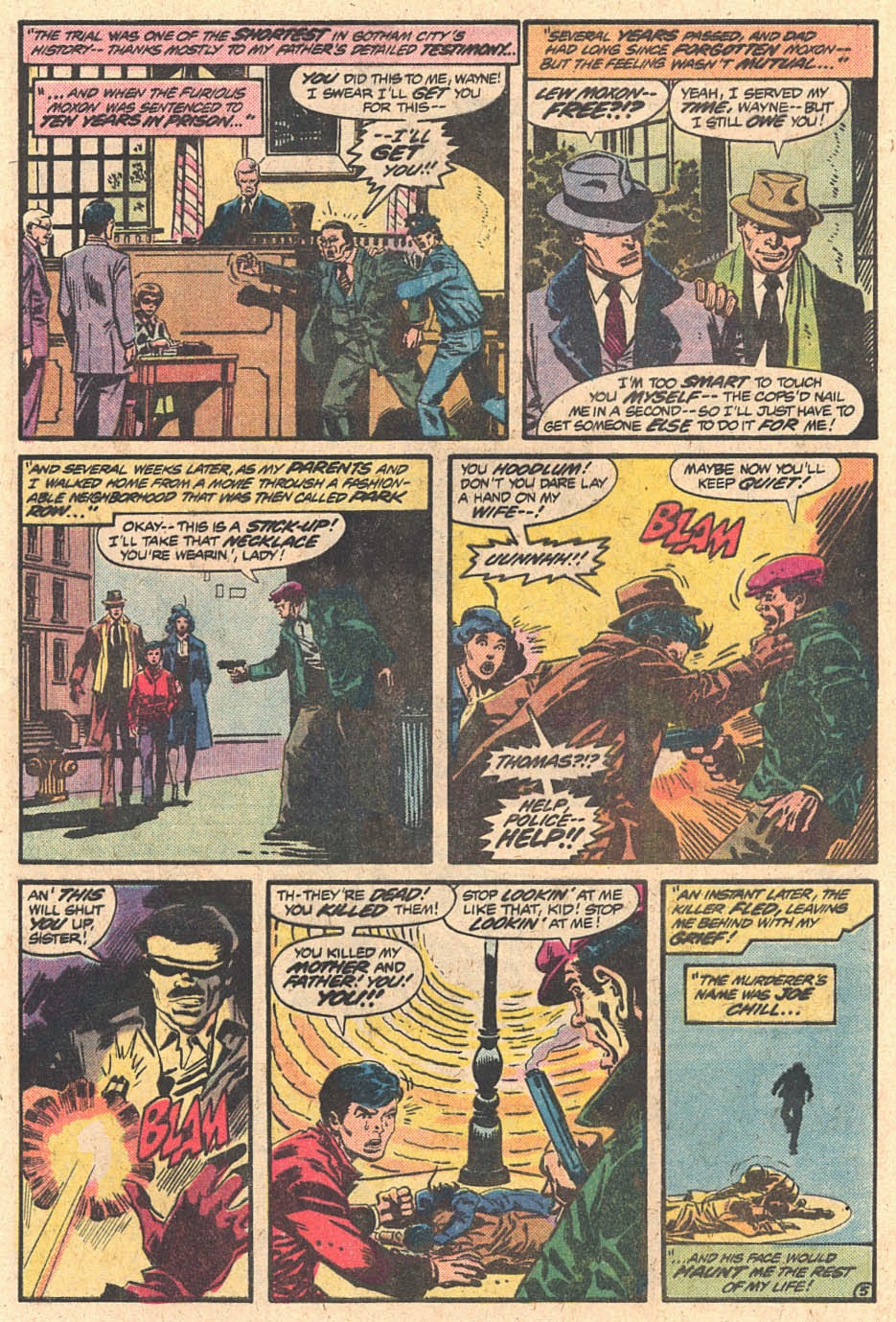 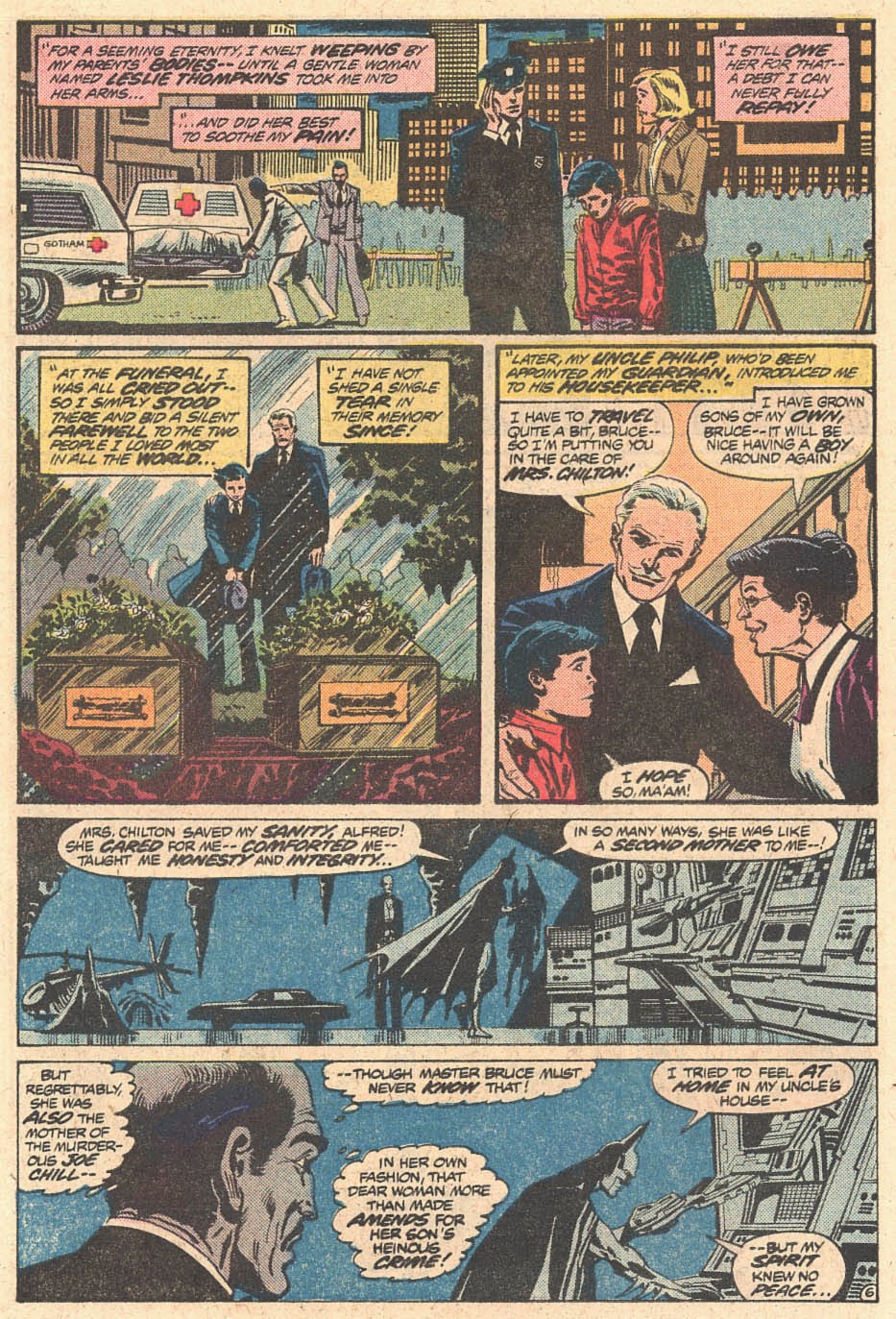 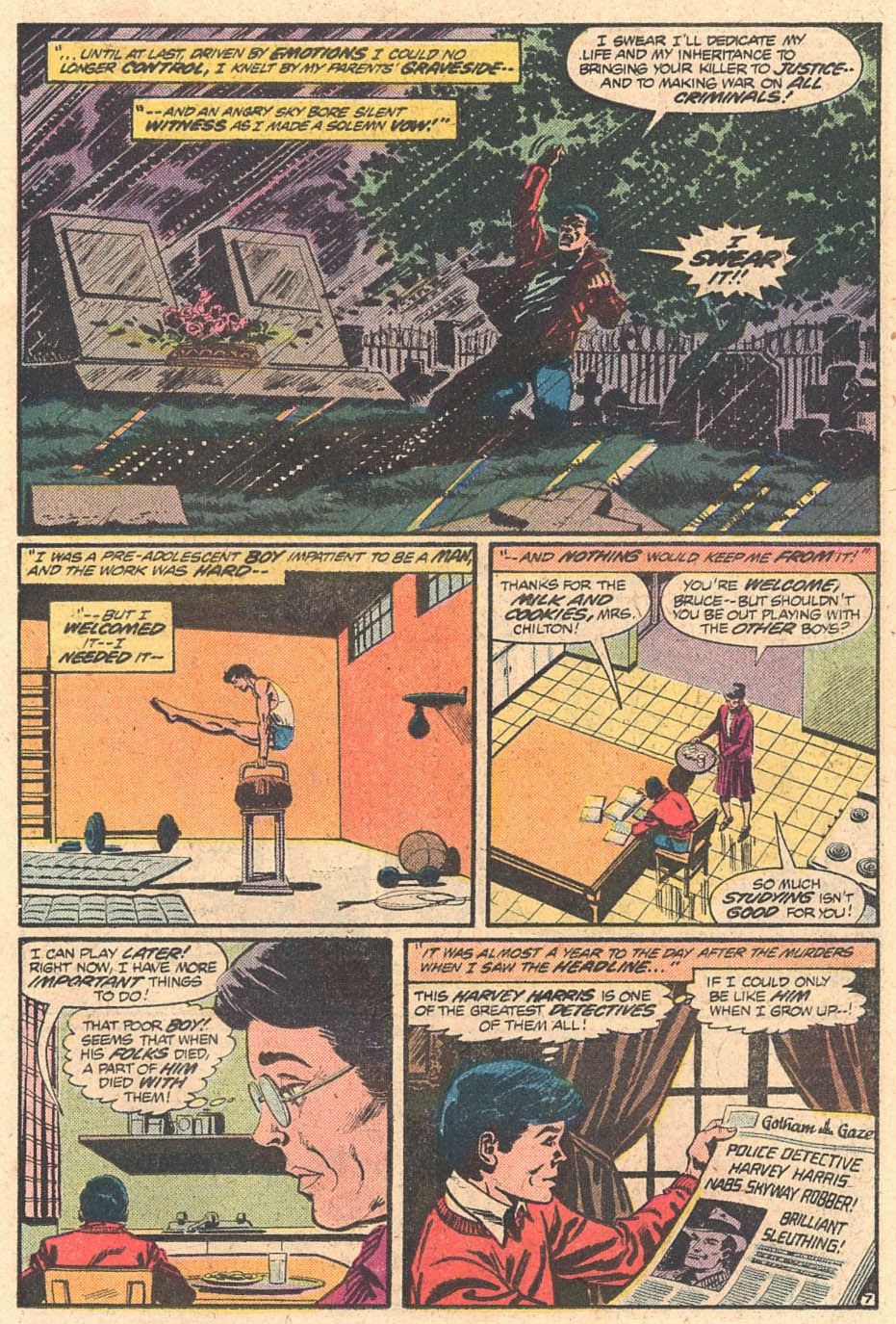 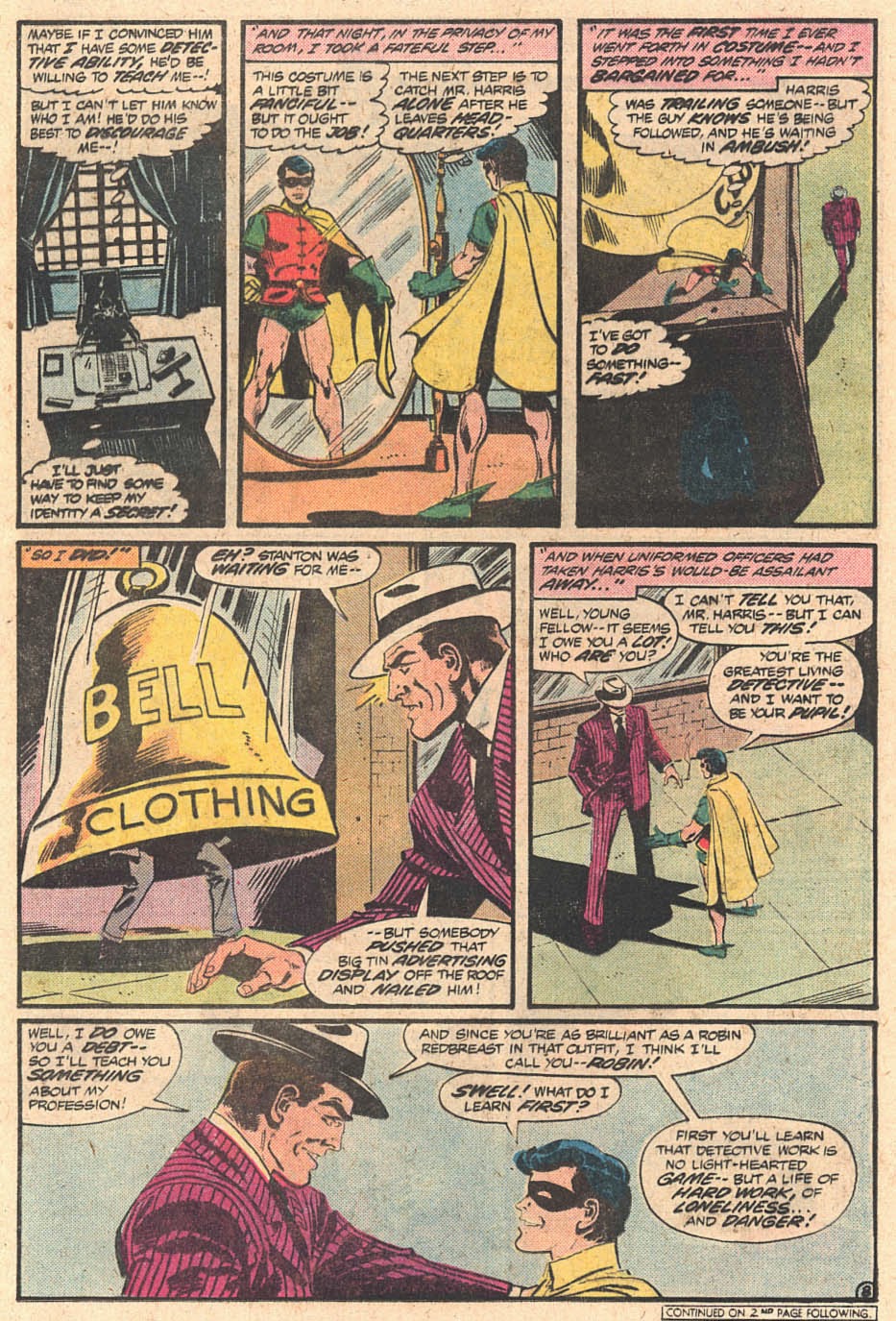 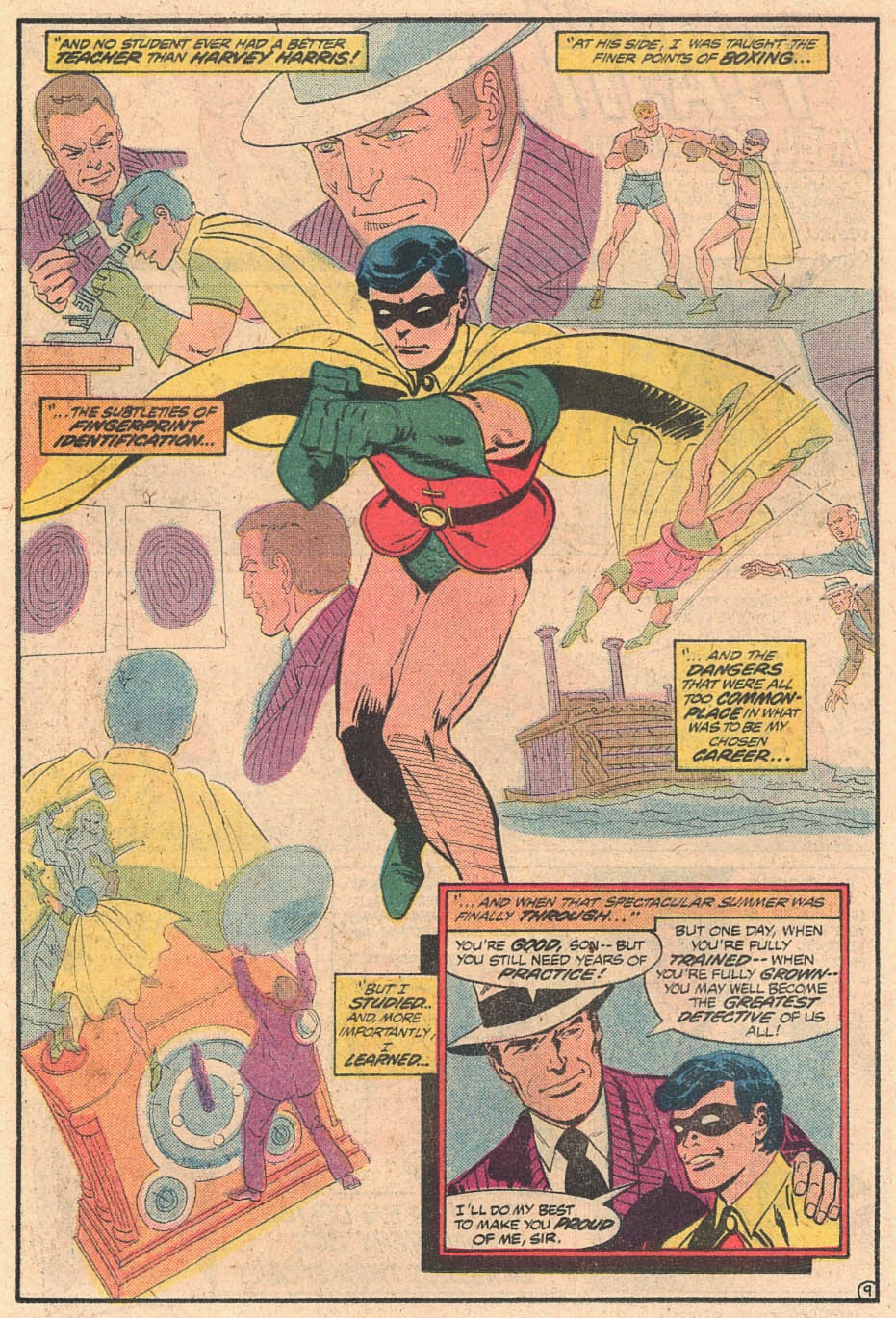 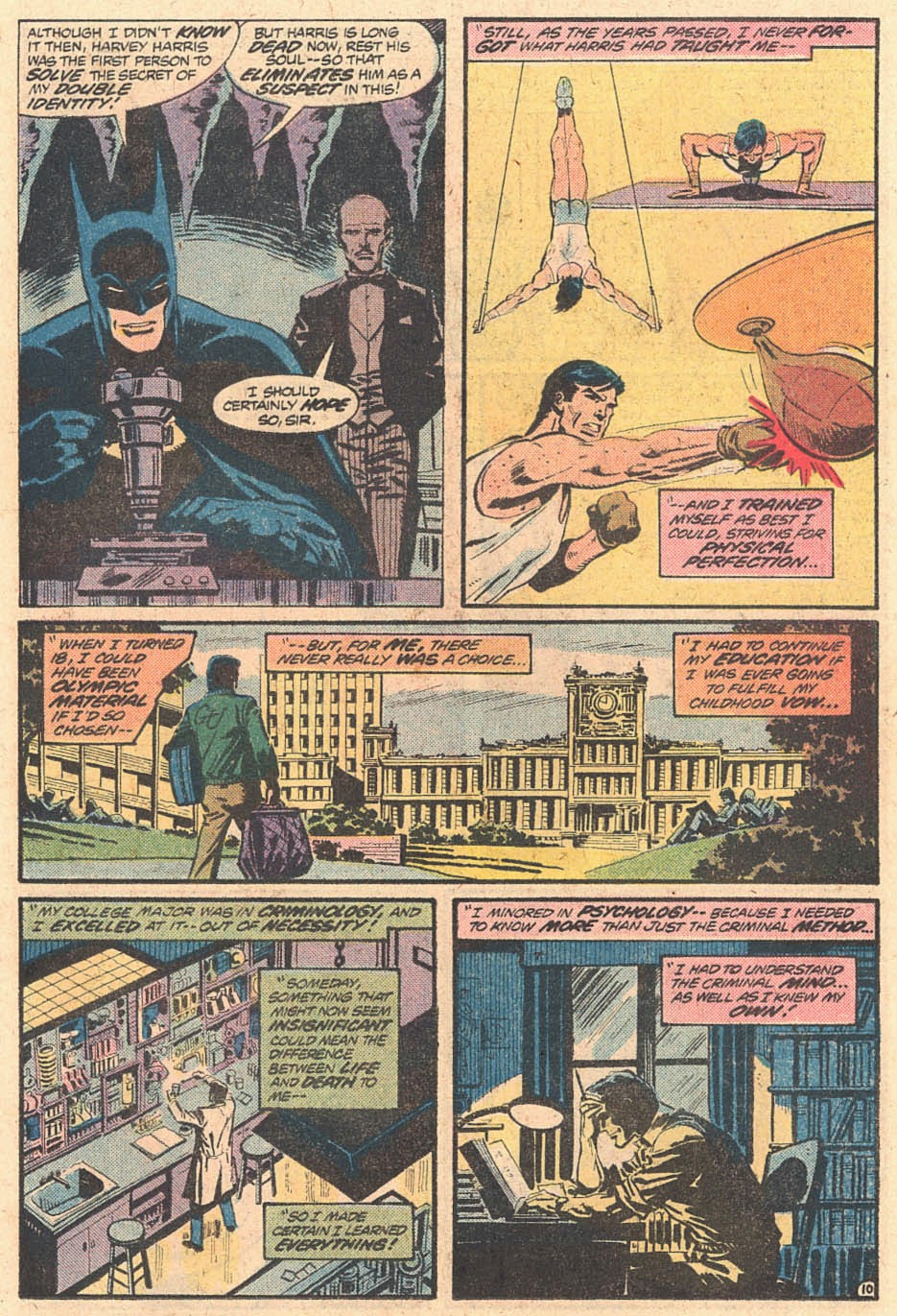 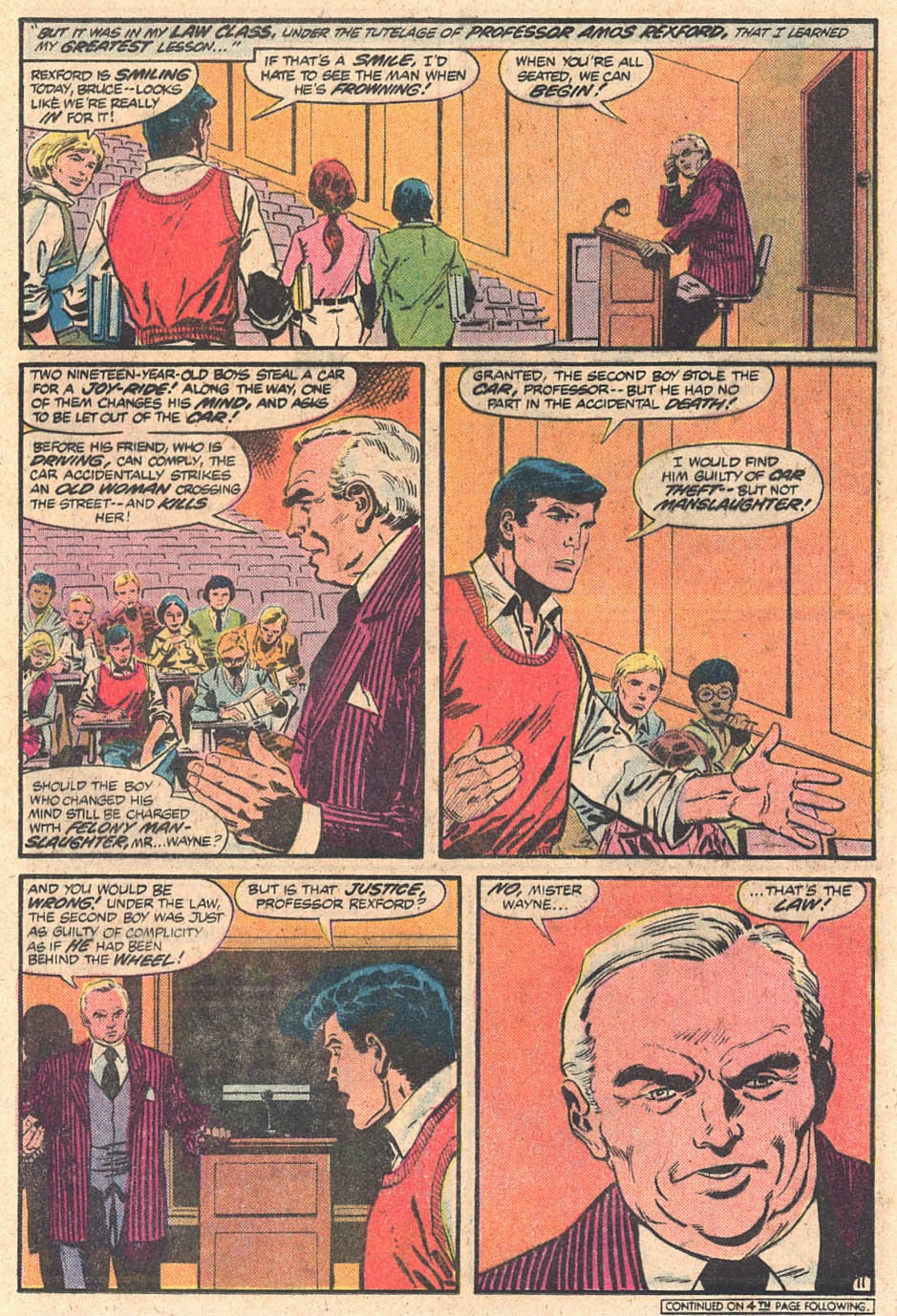 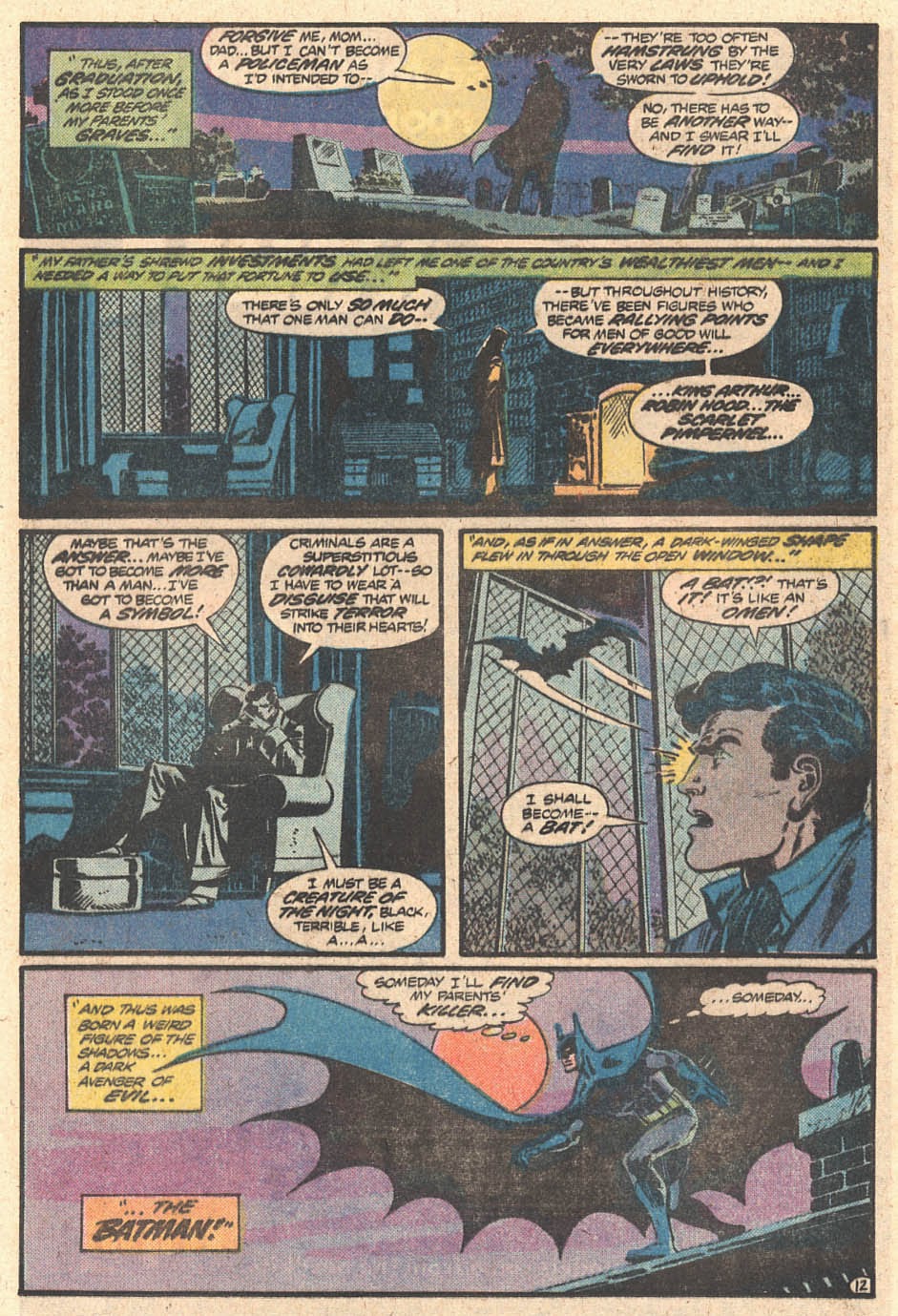 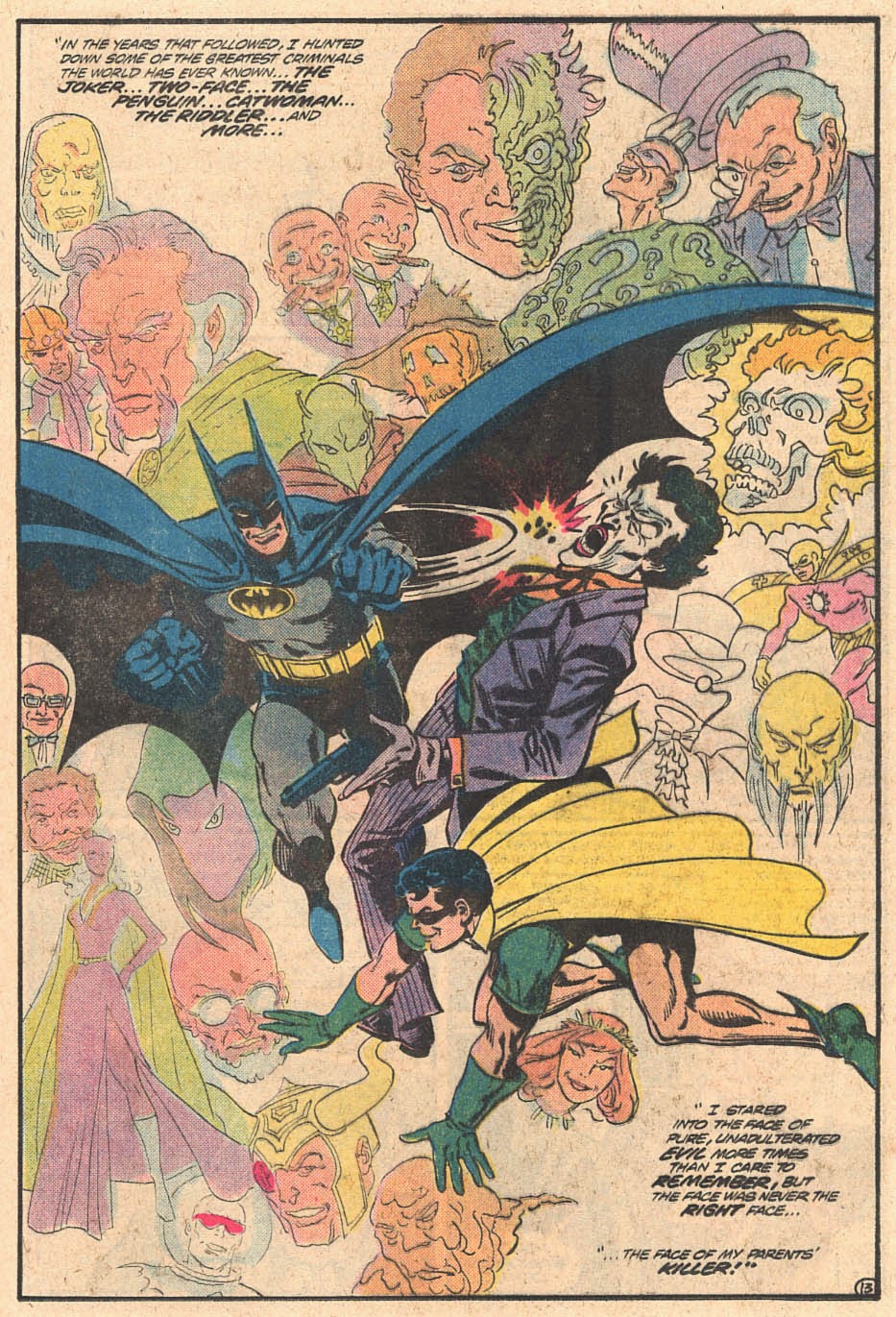 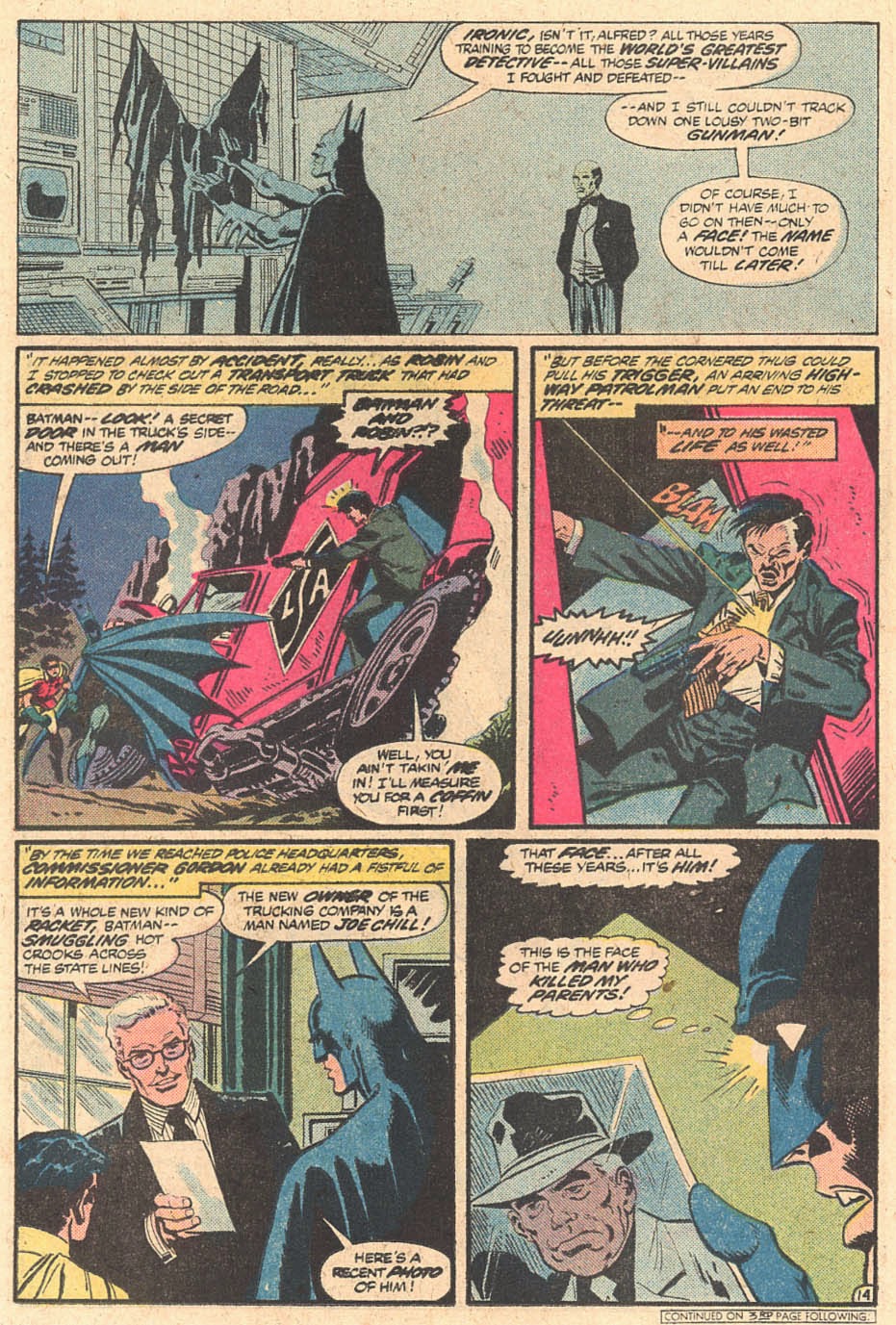 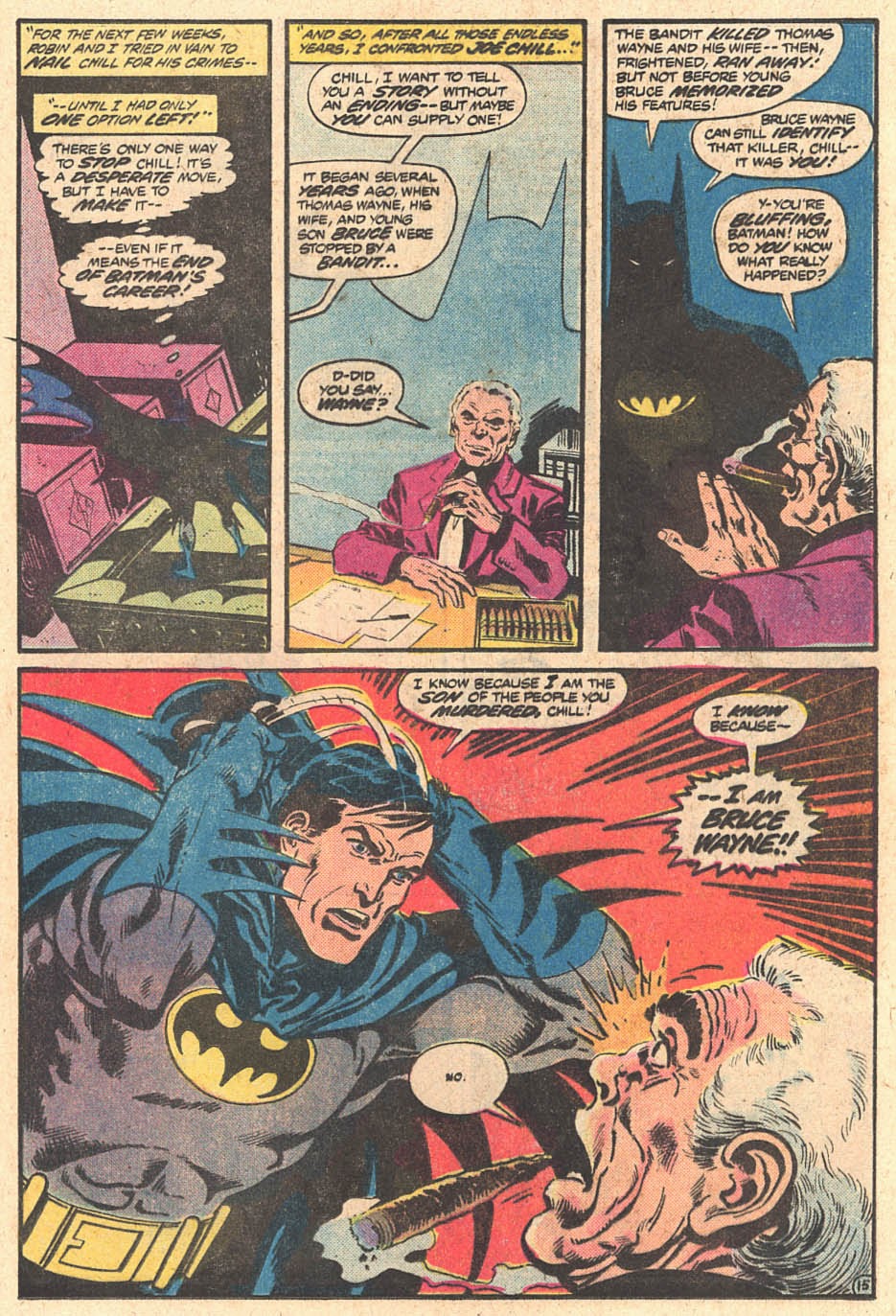 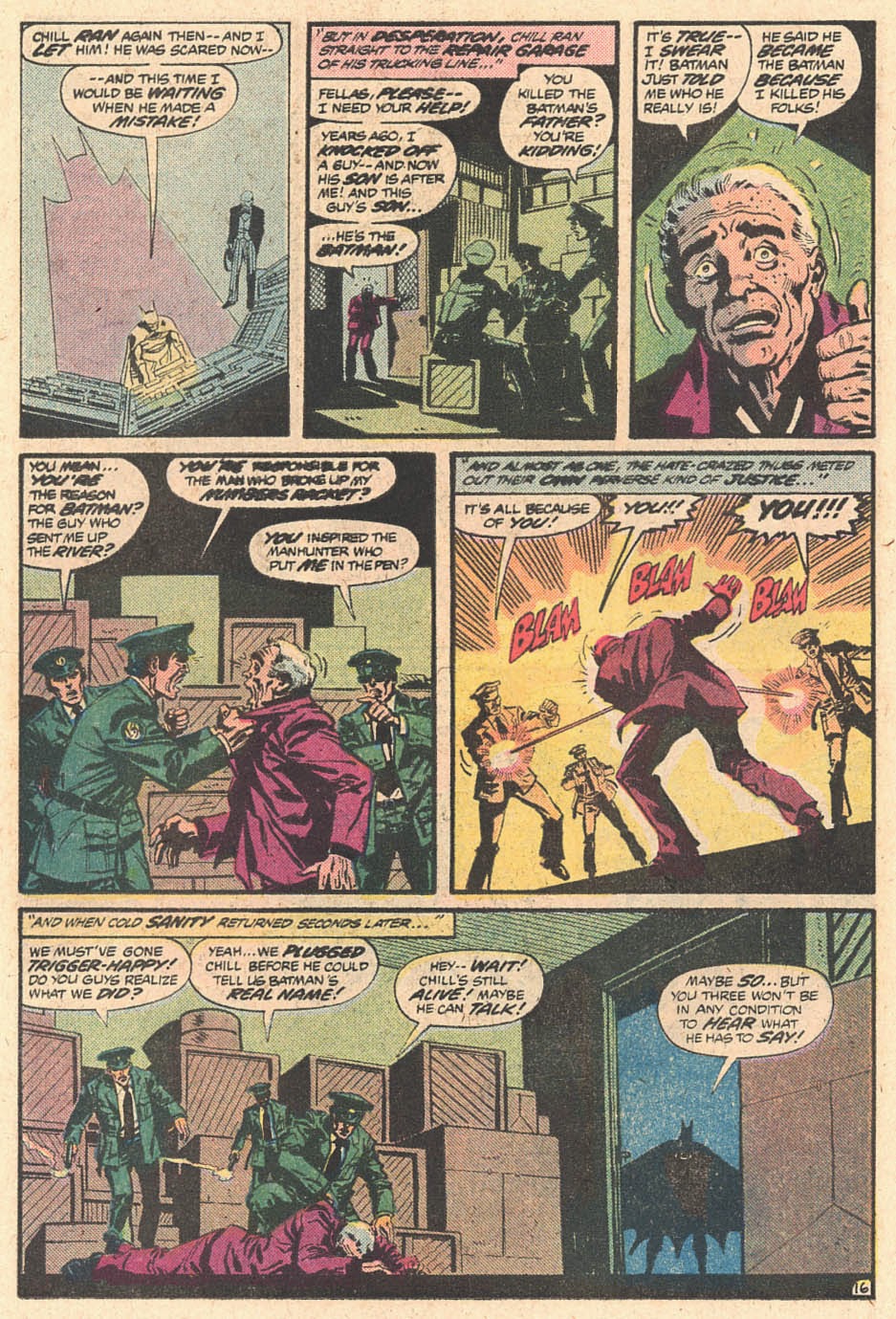 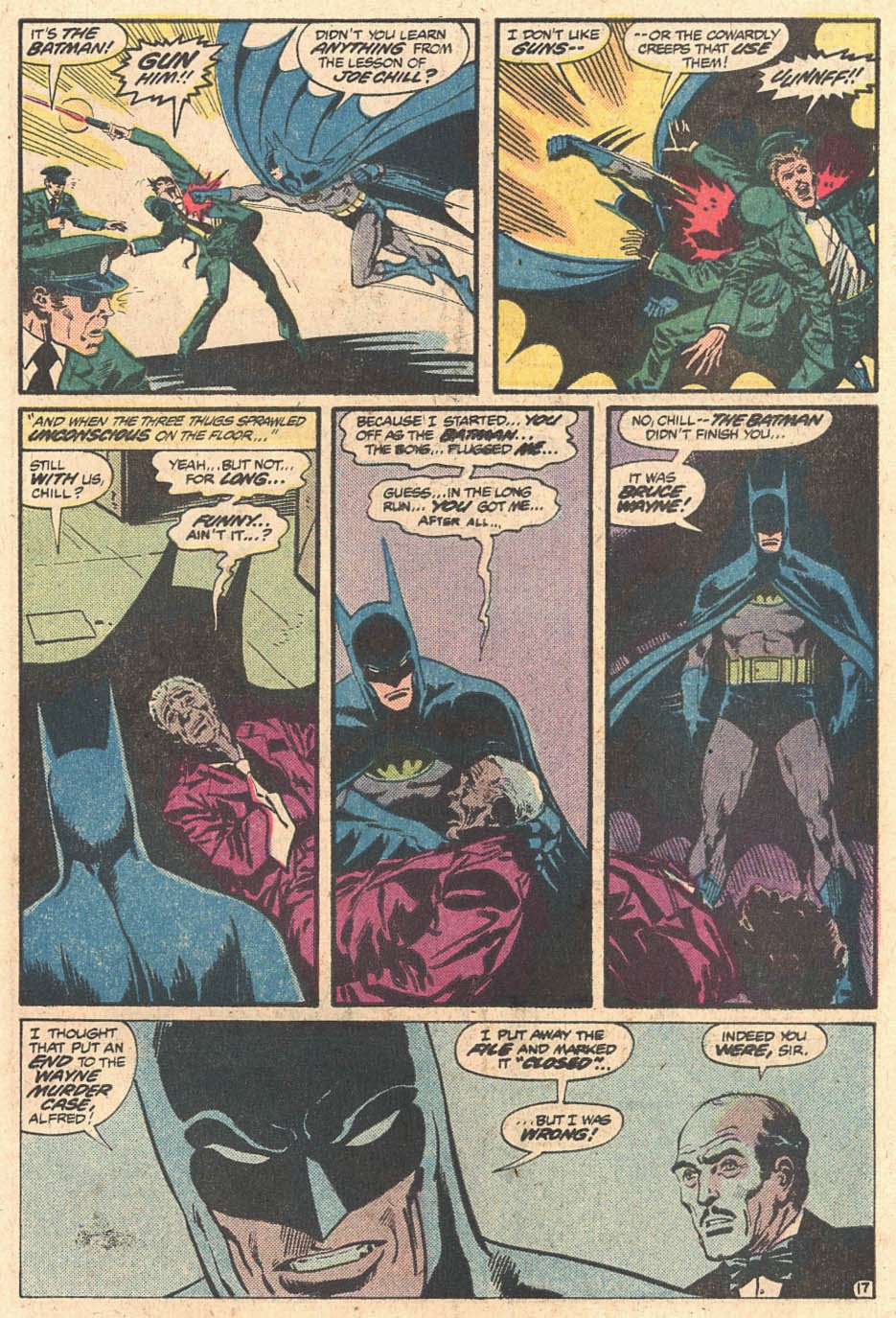 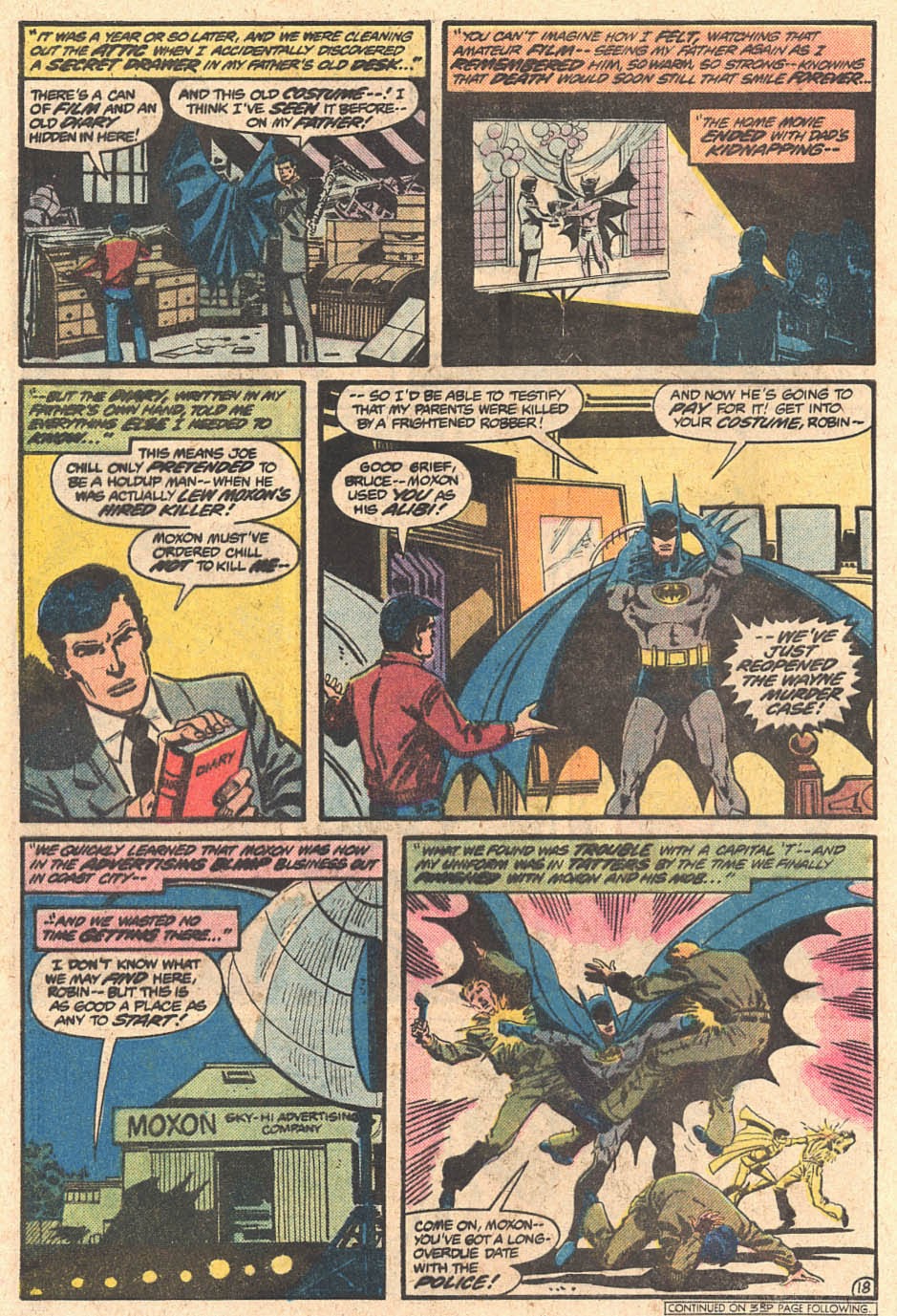 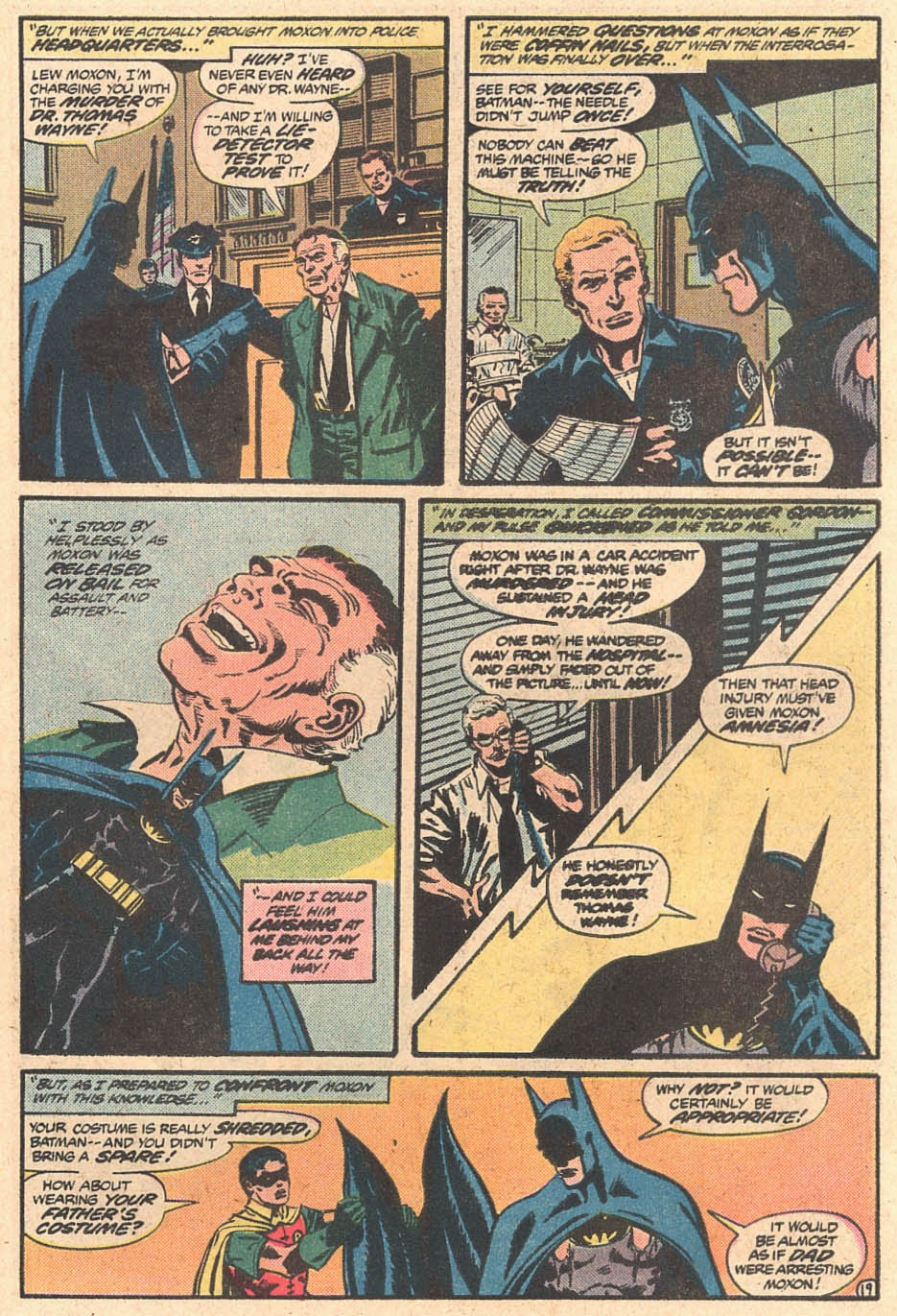 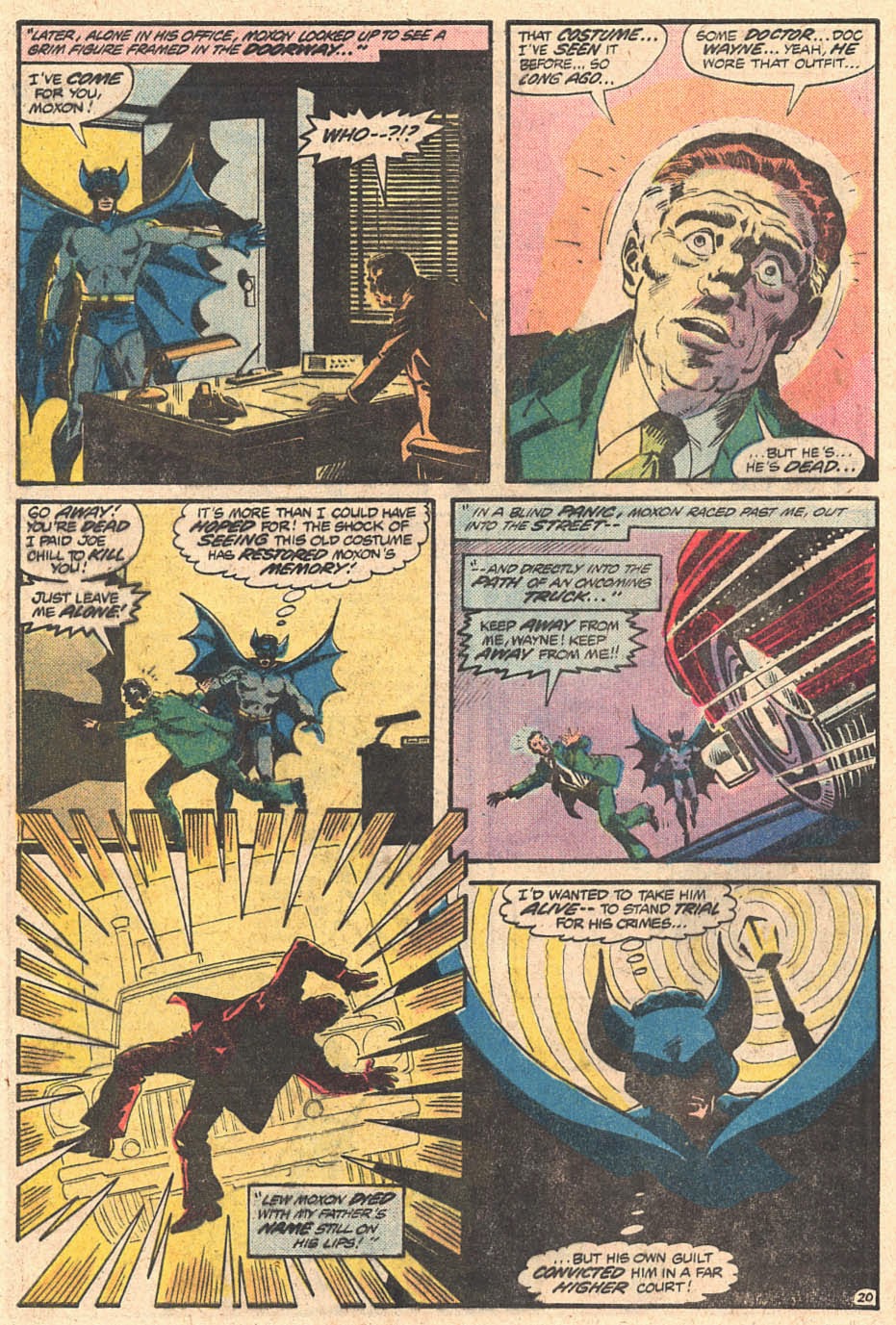 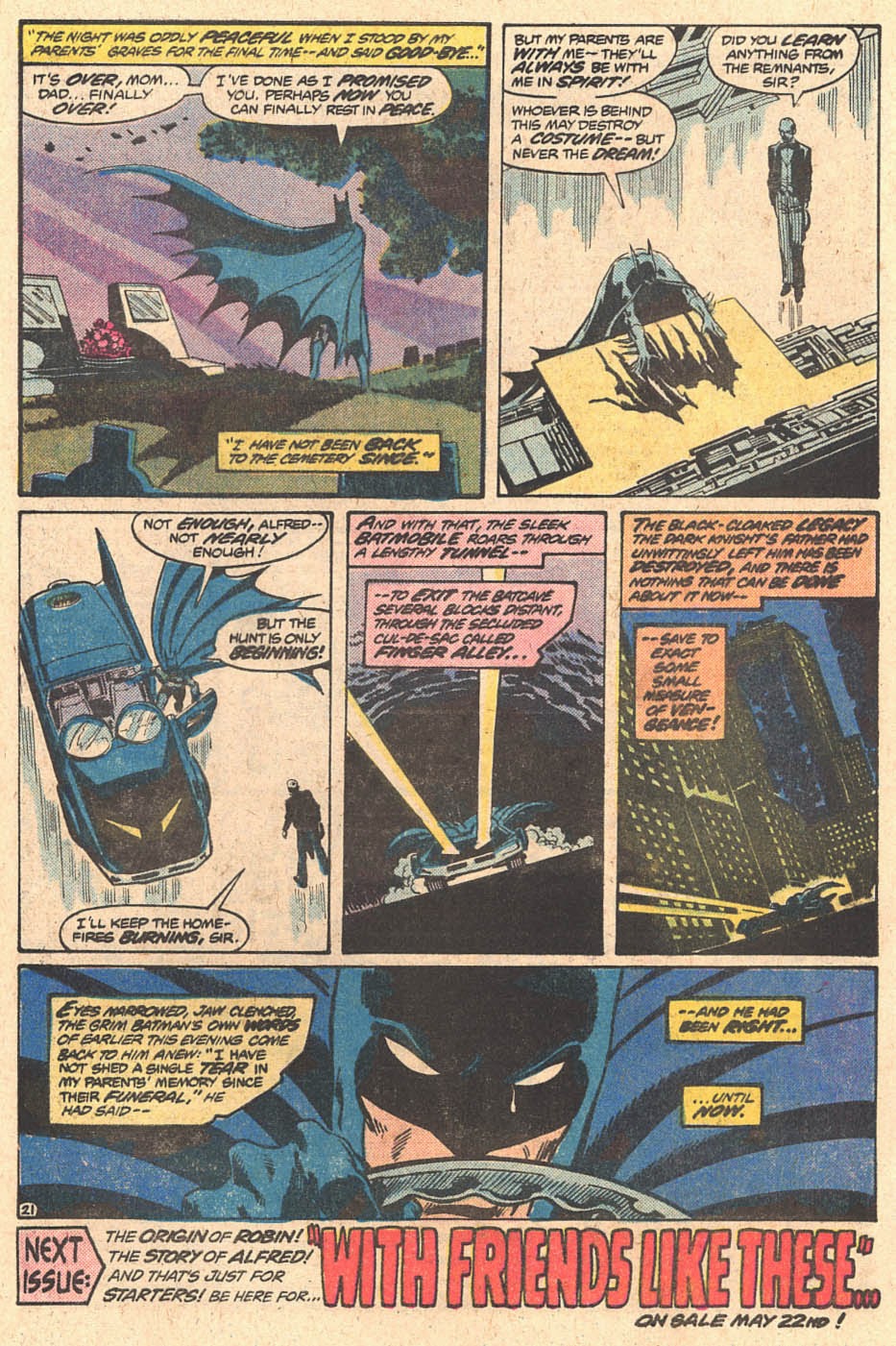 AWESOME ADDENDUM:  Over on the Byrne Robotics message board, Mr. Byrne, himself, tells the story of how he got the ULotB job and why he only drew the first issue. Sigh, what might have been!

Ya know that The Untold Legend of the Batman was the second-ever comicbook limited-series, don'tcha? What was the first? Tune in Monday! If ya don't know, you'll find out--and if ya do know, Ol' Groove hopes you'll get a kick out of it!
Posted by The Groovy Agent at 12:02 AM