Hey, hey, hey, Groove-ophiles! Superboy and the Legion of Super-Heroes was one of the coolest mags of the Groovy Age, of this there is no doubt. Writers Cary Bates, Jim Shooter, Paul Levitz, and Gerry Conway made the Legion seem more hip than they'd ever been and artists Dave Cockrum, Mike Grell, Michael Netzer, James Sherman, Jim Starlin, Howard Chaykin, and Joe Staton kept the team looking young, hip, and, oh, yeah, sexy. This was especially true from late 1976-early 1978 when Superboy went to a double-sized format. We got everything from 34 page epics to two or three shorter strips adding up to that 34 pages, In SatLoSH #236 (November 1978), we got three shorter strips, all of 'em cool (the other two will probably show up here someday), two drawn by Sherman and this one by our favorite former Mike Nasser, Michael Netzer.  Written by Paul Levitz and inked by Joe Rubinstein and sci-fi legend Rick Bryant, "Mon-El's One Man War!" not only gave us a look at how great a superhero Mon-El actually was, but it set up what would lead to a major storyline on down the road. And Netzer's art! Wow!  In eight short pages he gave us Star Wars level outer space action with one of the coolest space-ships ev-er. Those pages still sing with grace and cool and originality! Well, the intro shouldn't be longer than the story, so Ol' Groove is shutting up and away we go wit the comix! 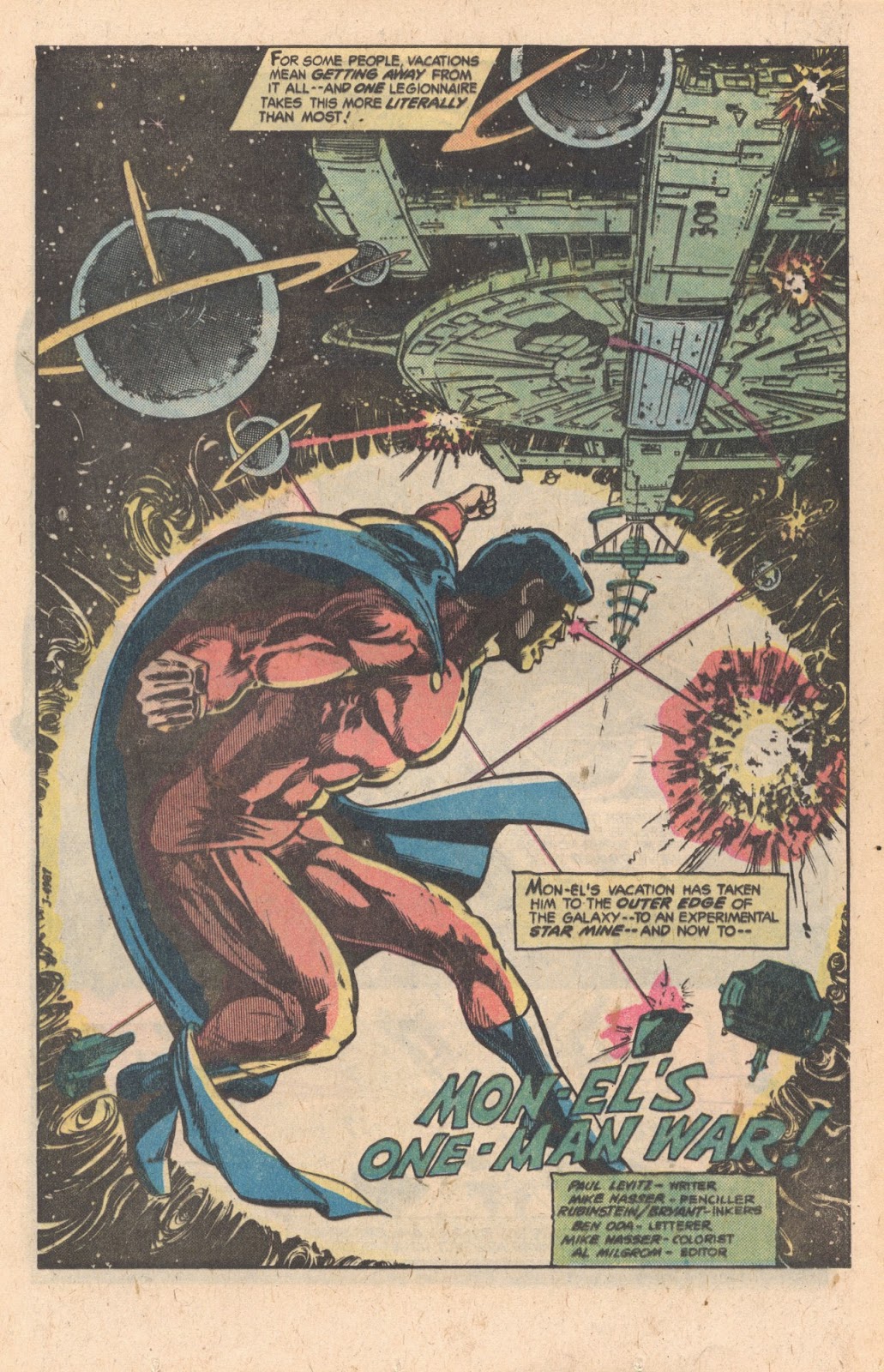 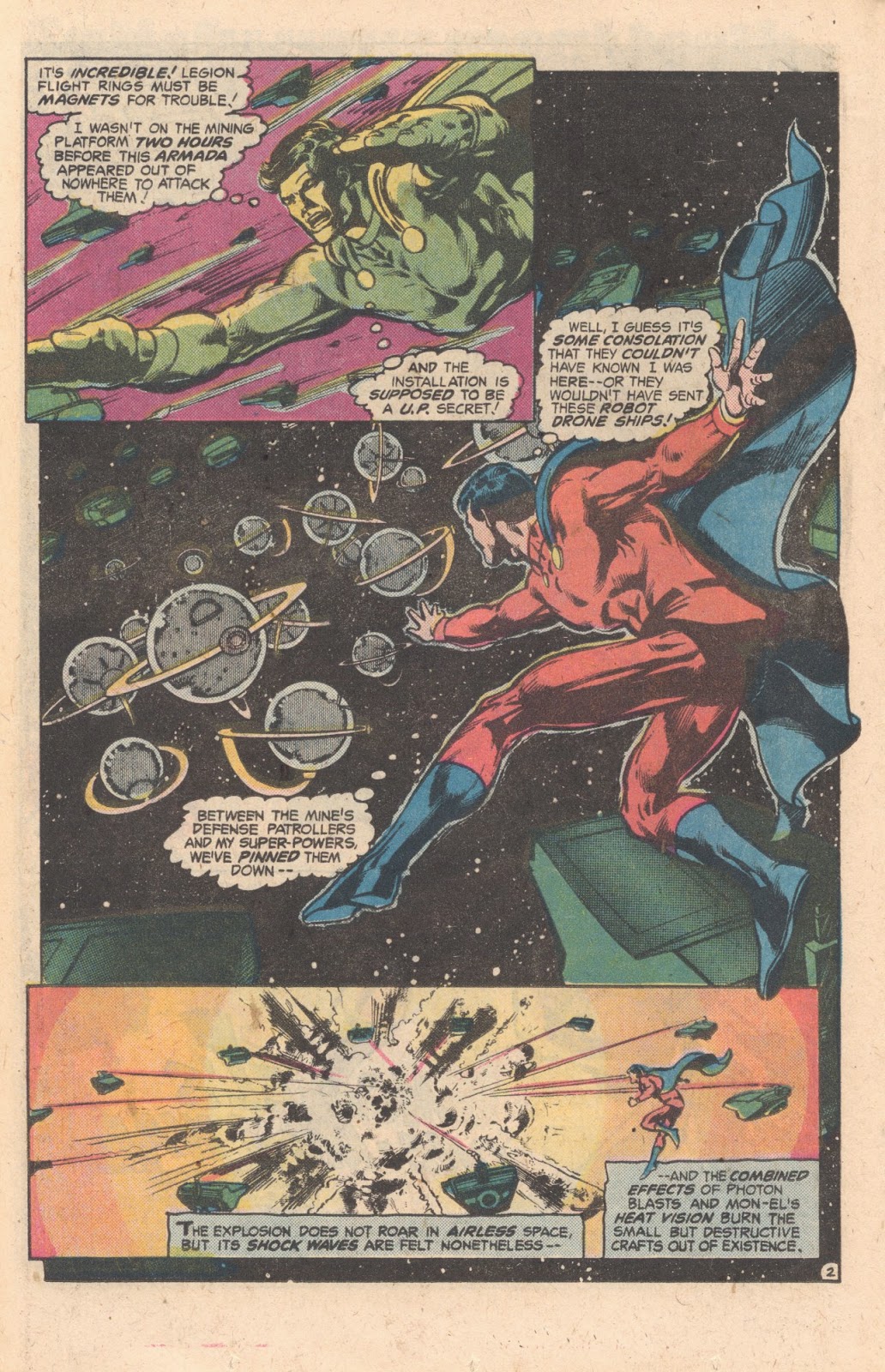 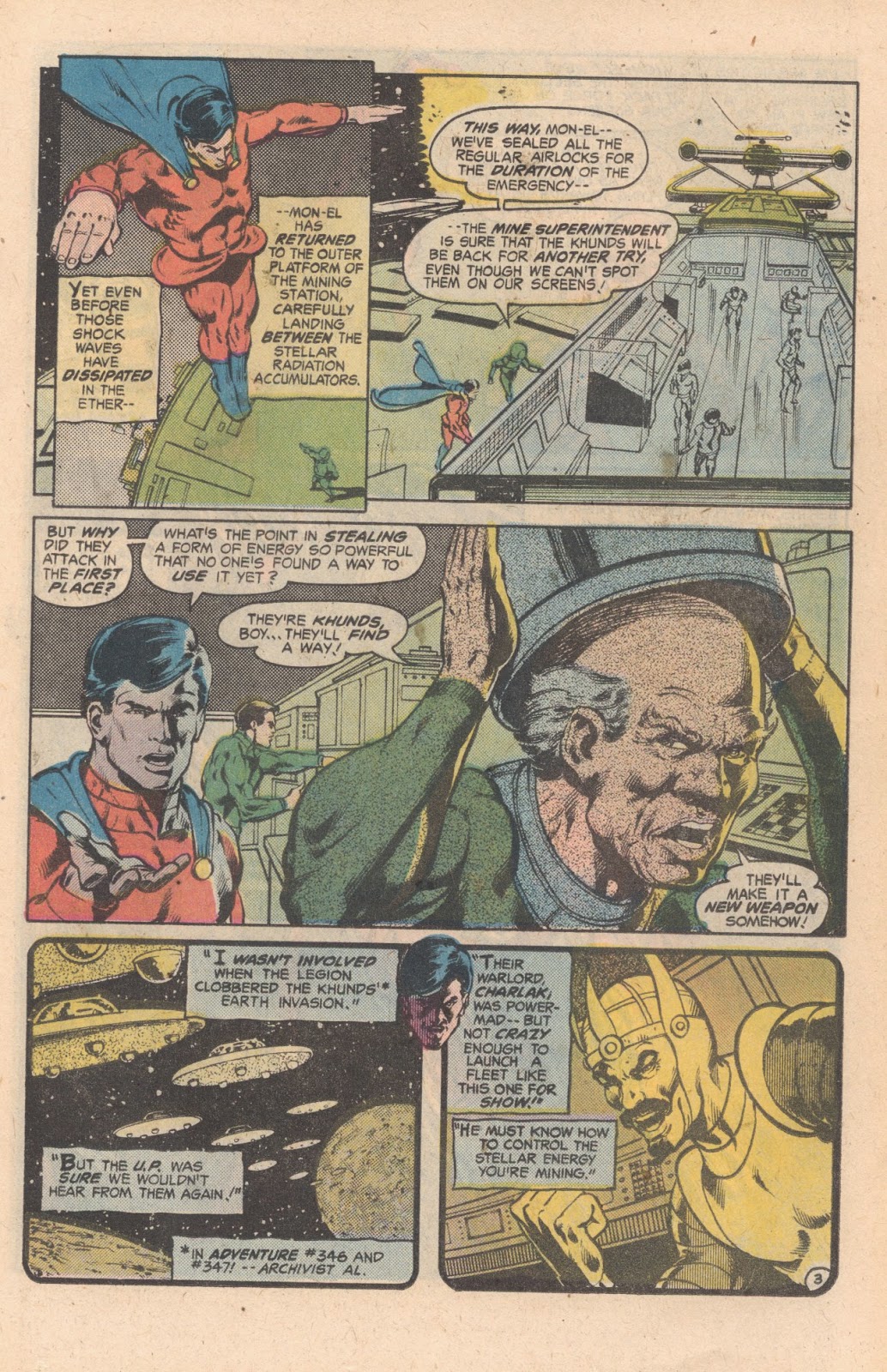 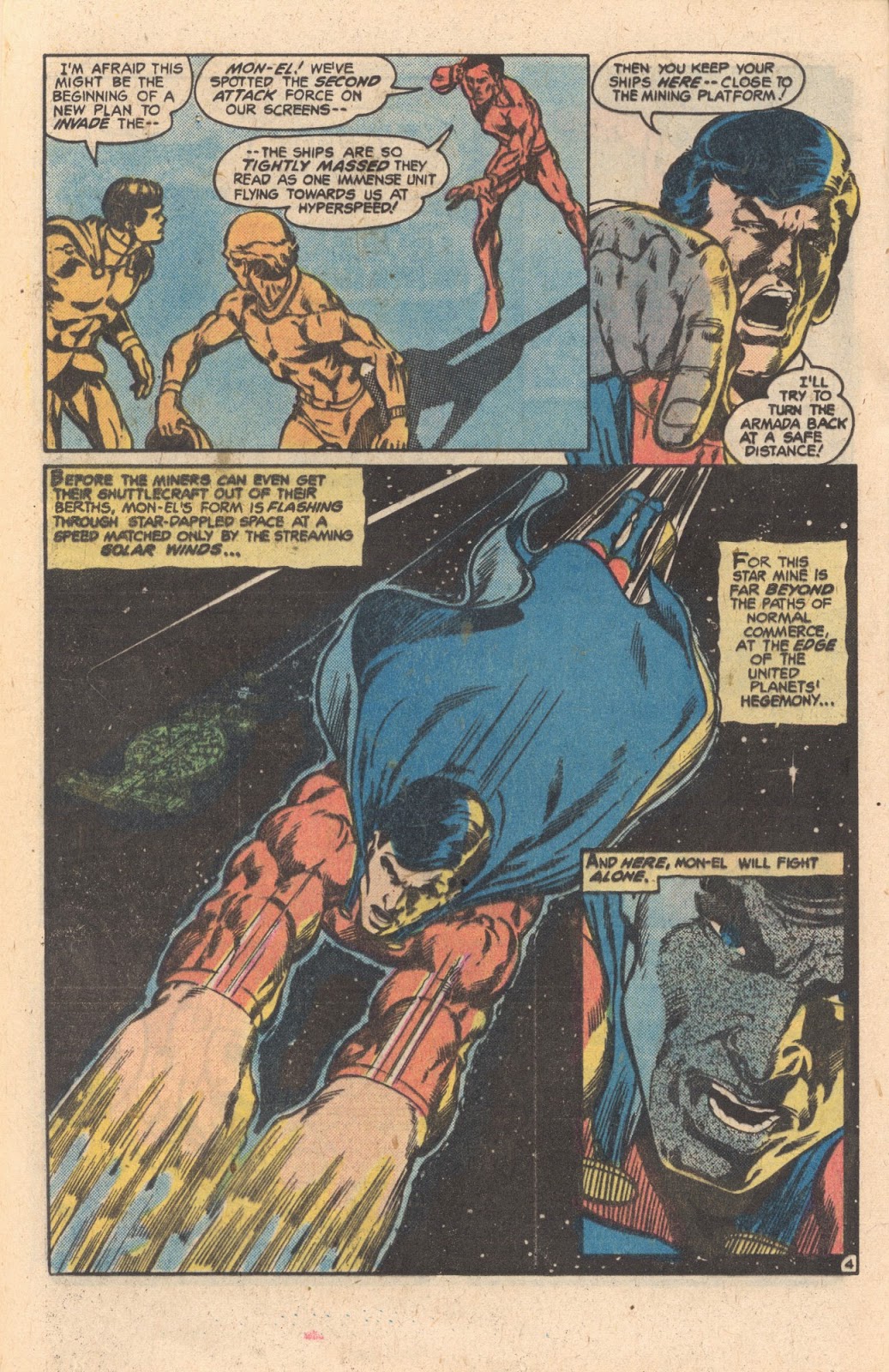 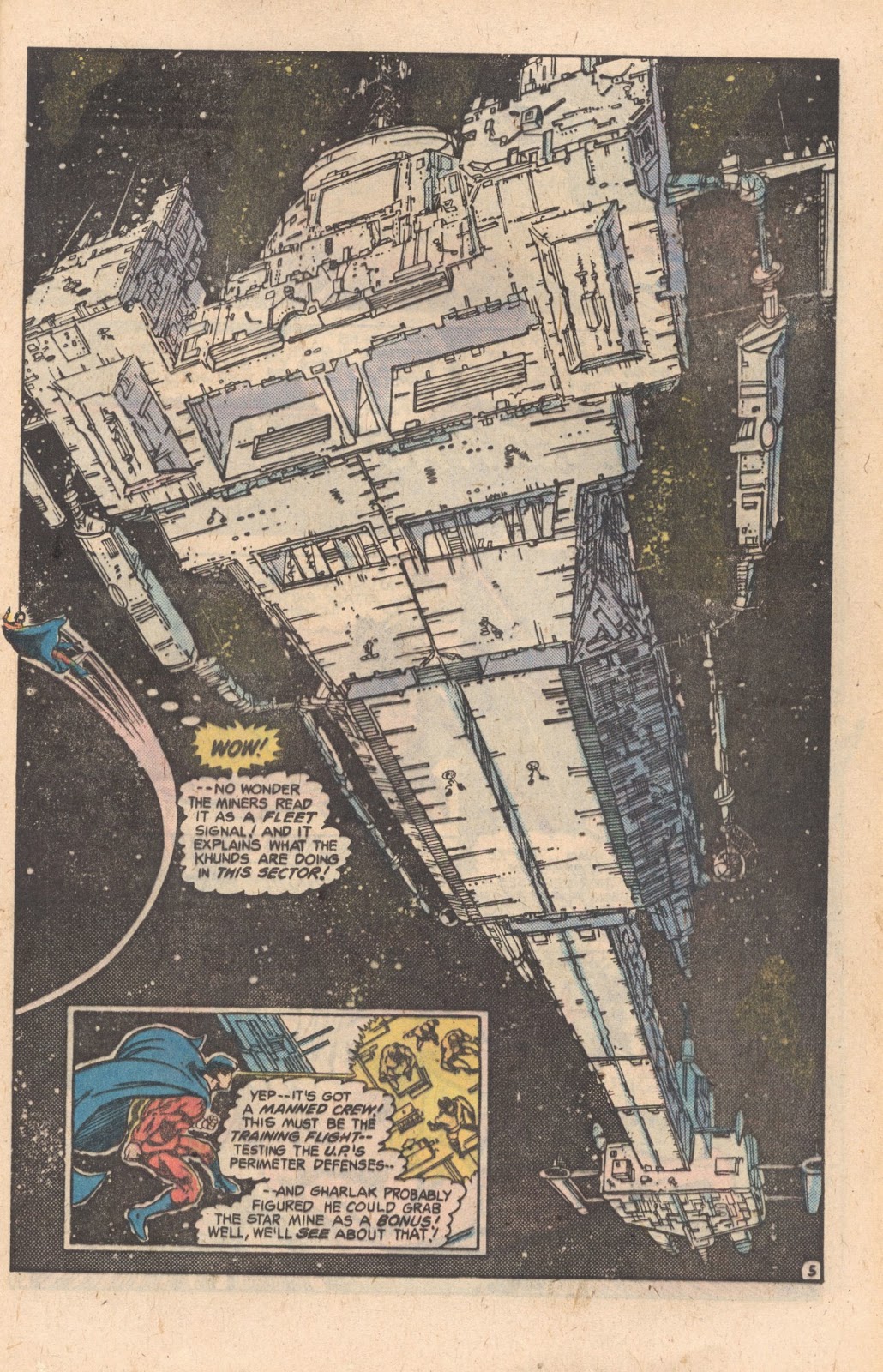 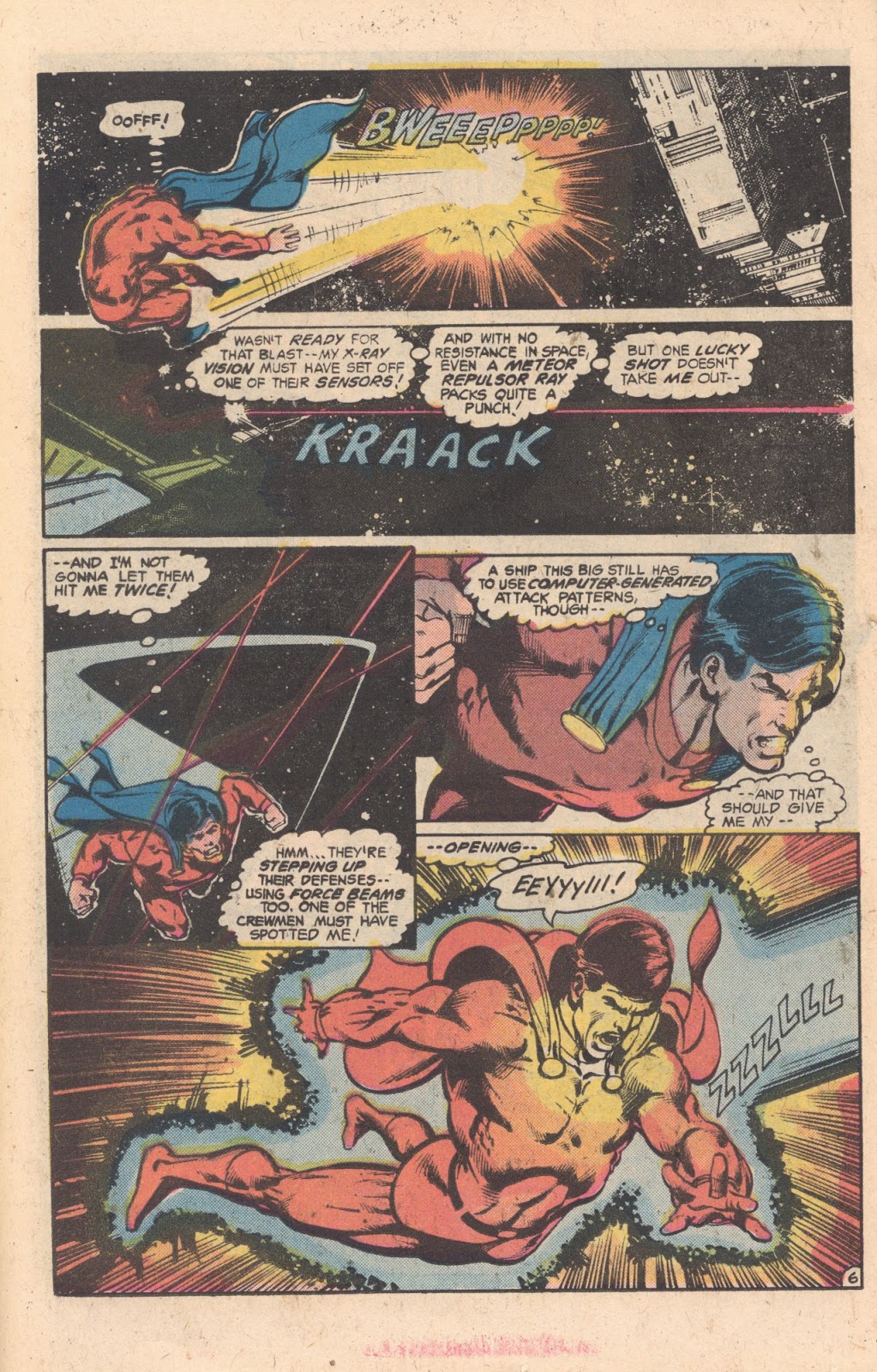 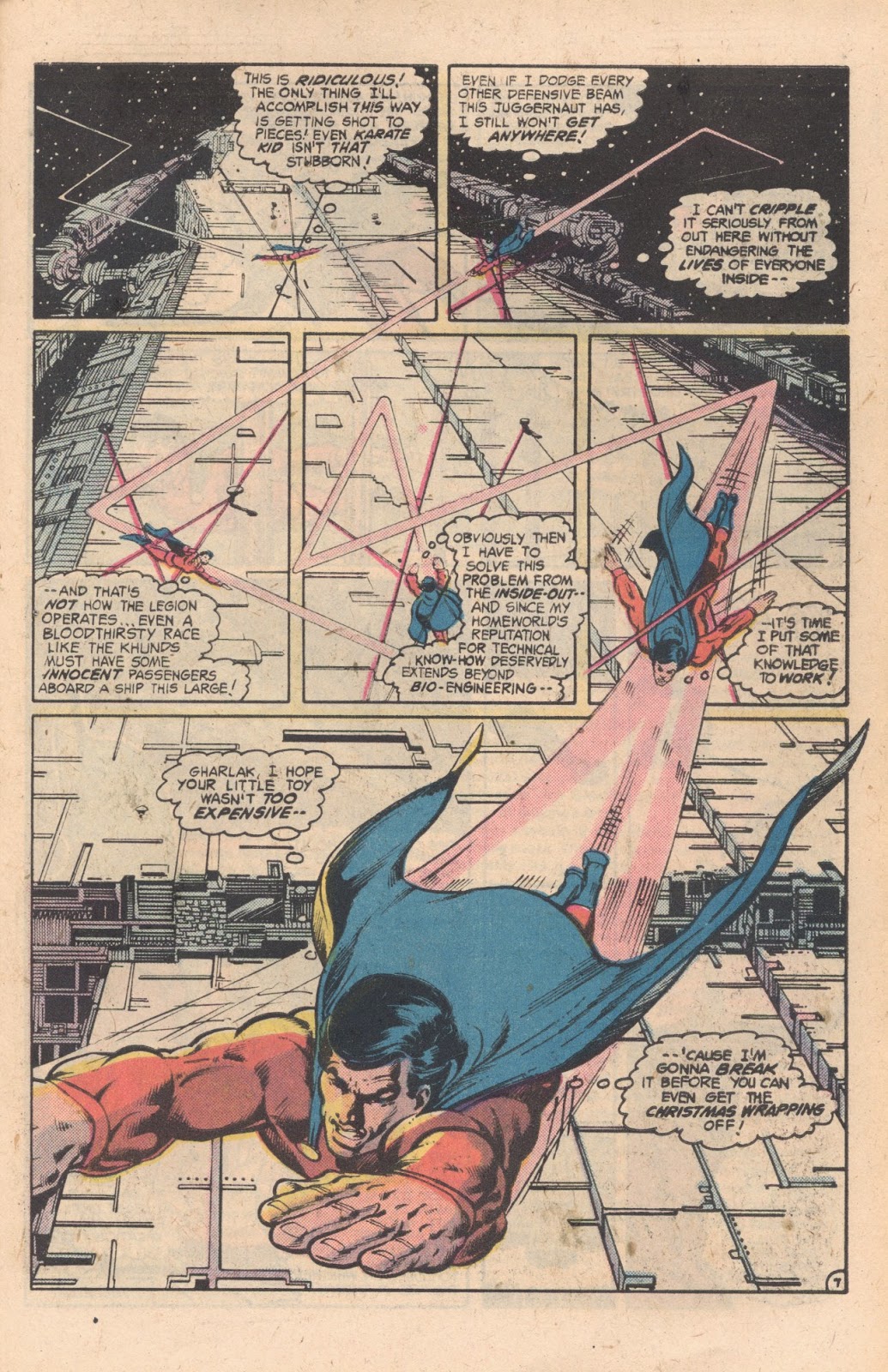 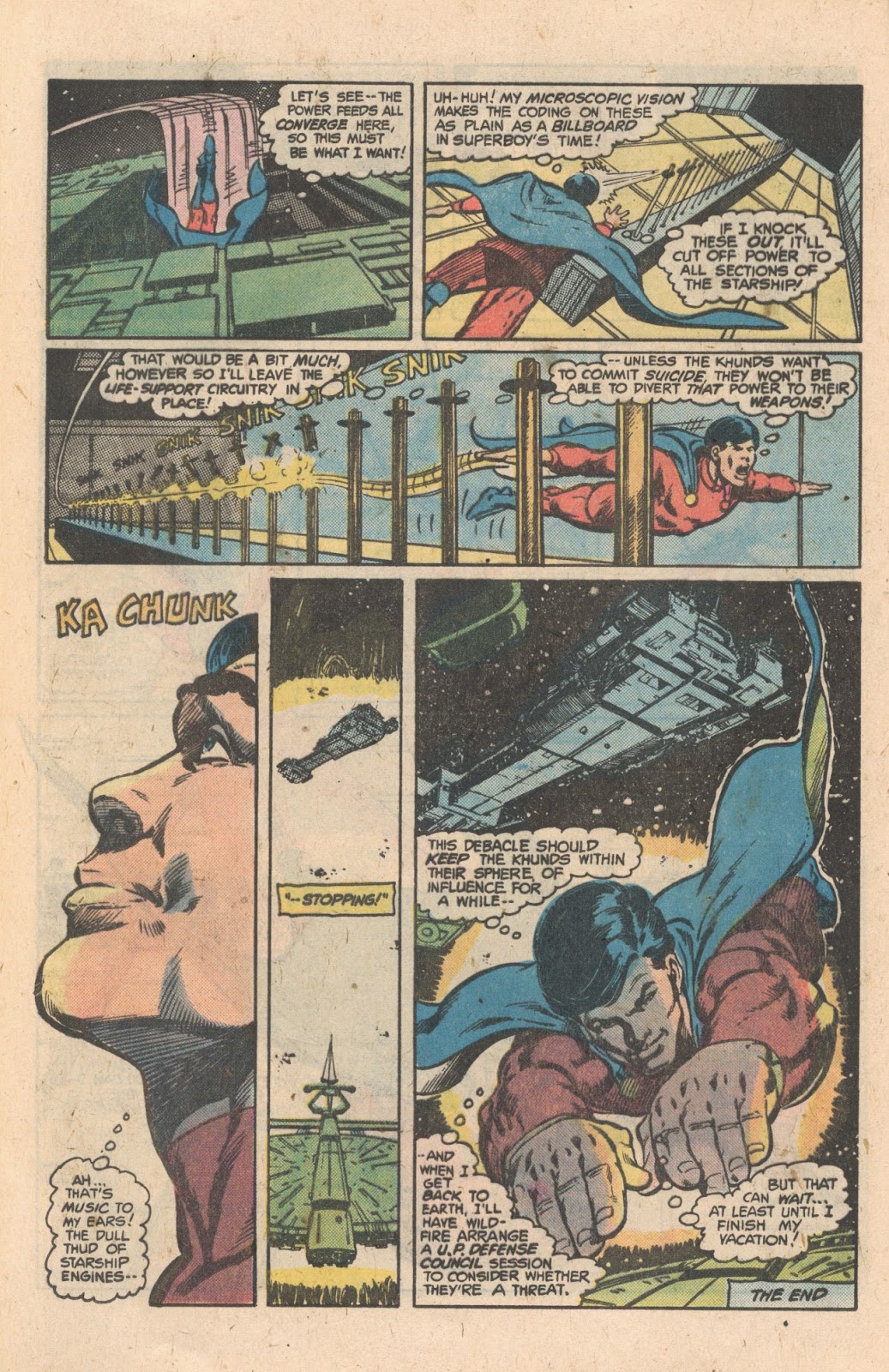