Random Reads: "The Return of the Living Mummy!" by Gerber and Mayerik

Hey, hey, hey, Groove-ophiles! When Steve Gerber and Rich Buckler unleashed The Living Mummy upon Marveldom Assembled in Supernatural Thrillers #5 (May 1973), do ya think they knew they had a hit on their hands? Whether they knew it or not, The Living Mummy was diggable enough to be given its own regular berth in ST beginning with ish #7 (March 1974). Gerber would write "The Return of the Living Mummy!", but the art would be handled by a new-comer with an amazing, organic and moody style perfectly suited to a supernatural action strip, Val Mayerik (remember him from Thongor, Groove-ophiles?). Check it out! 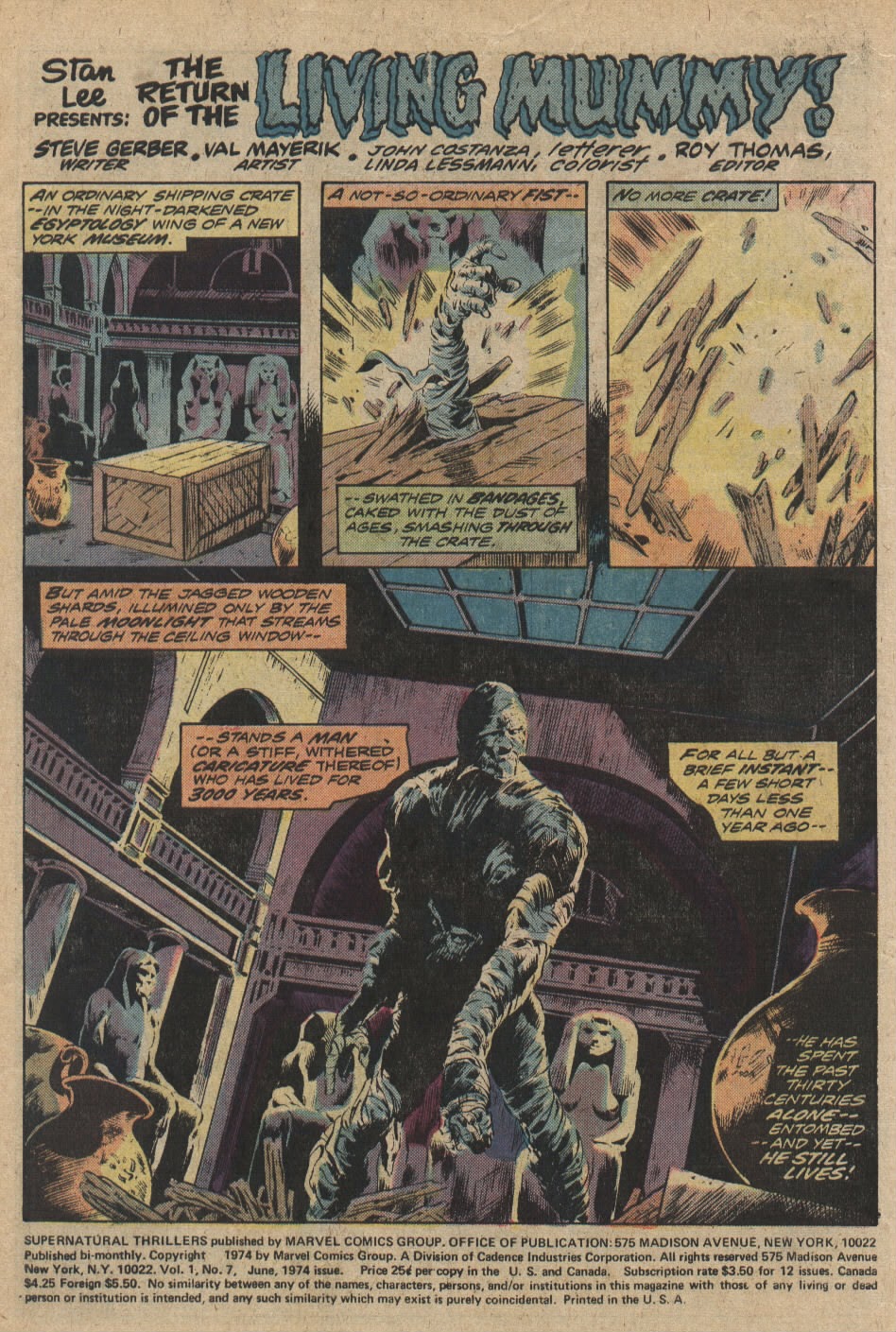 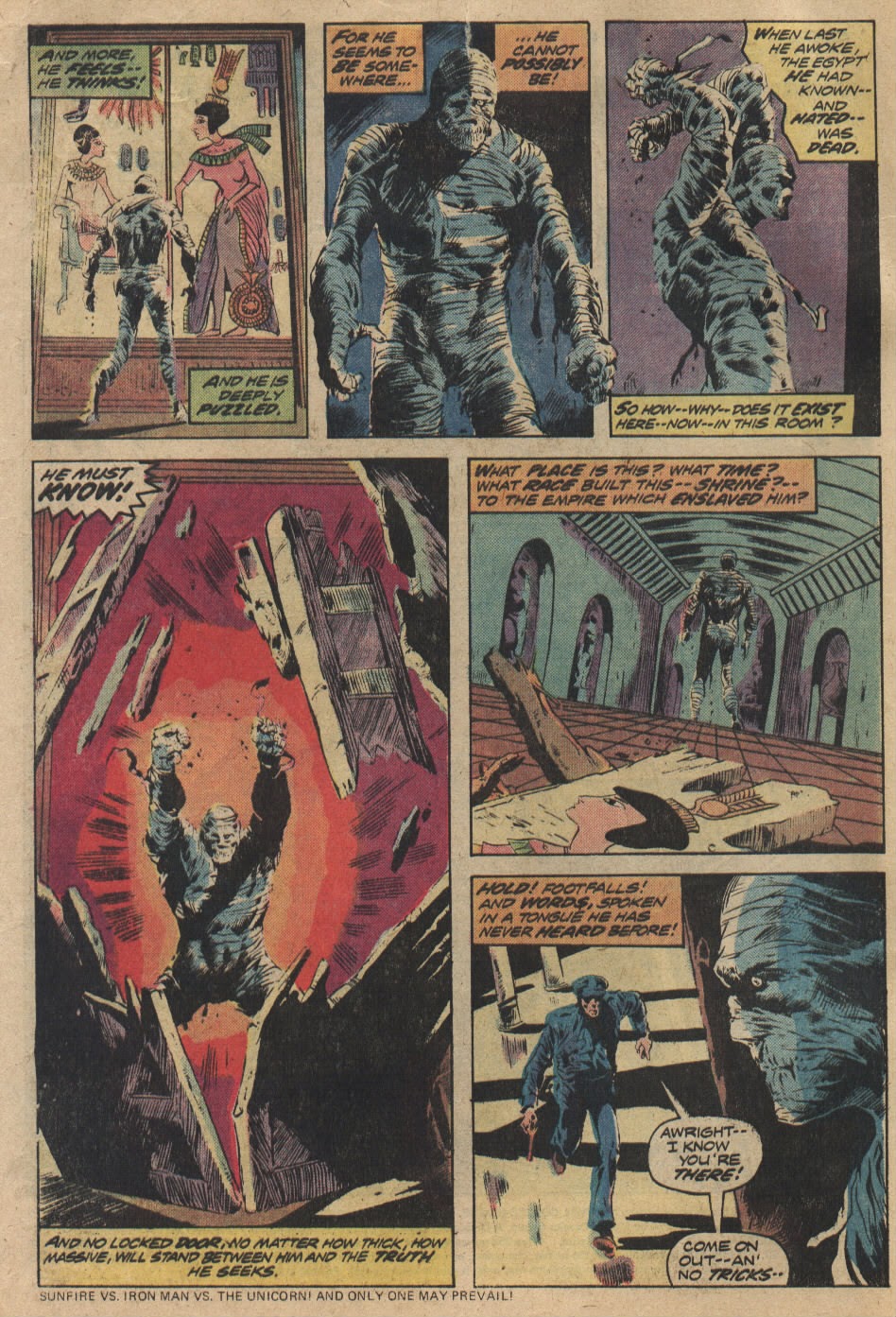 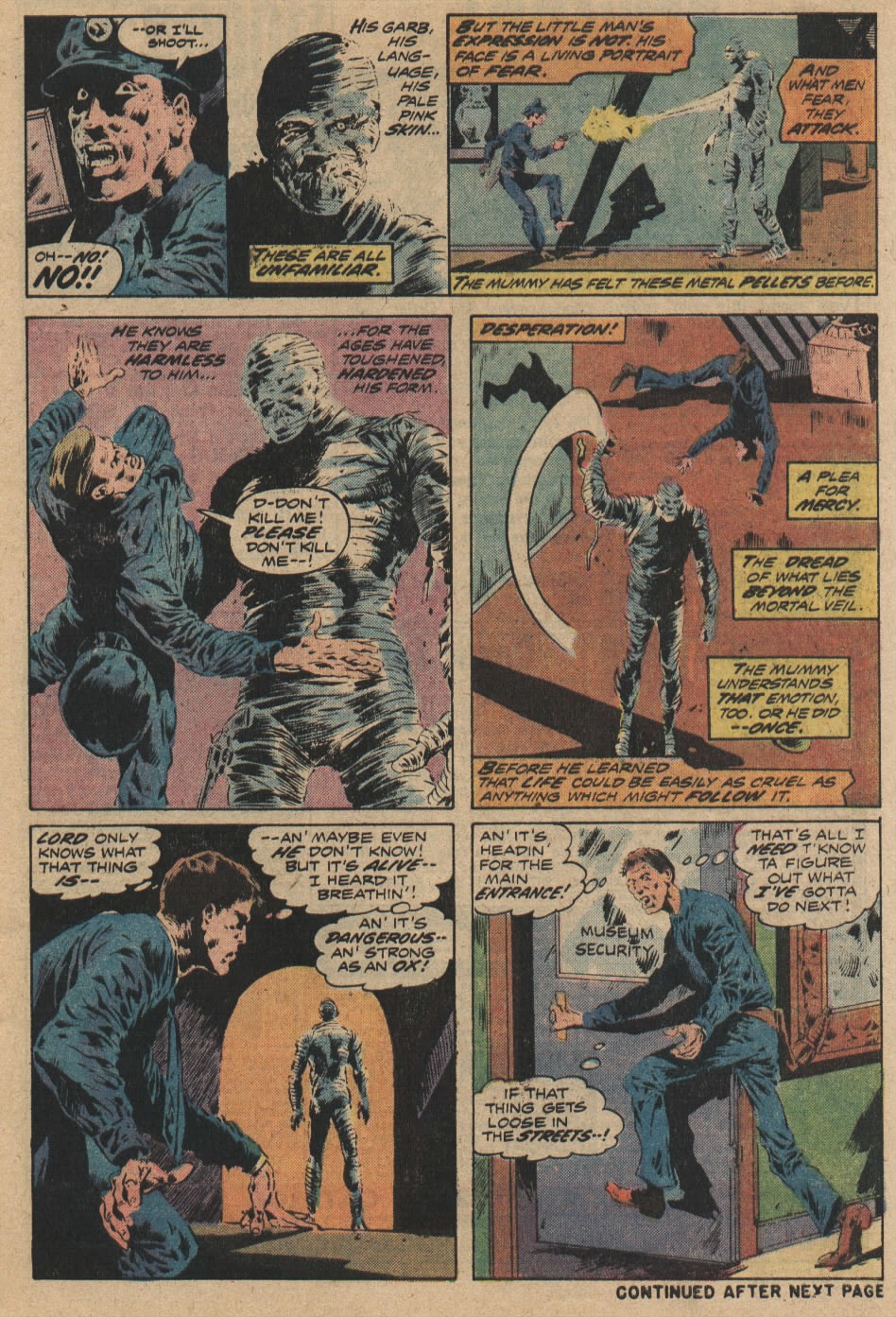 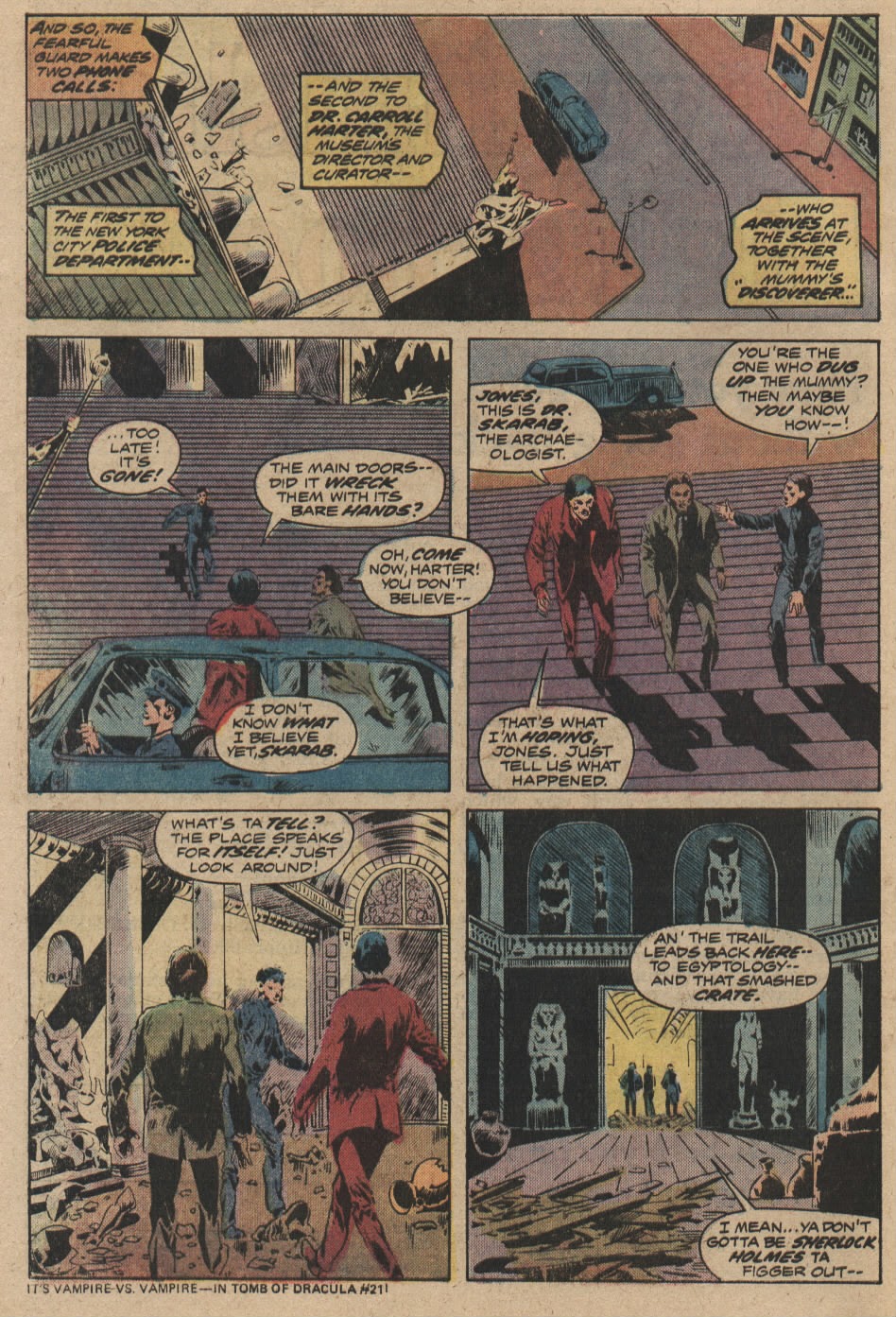 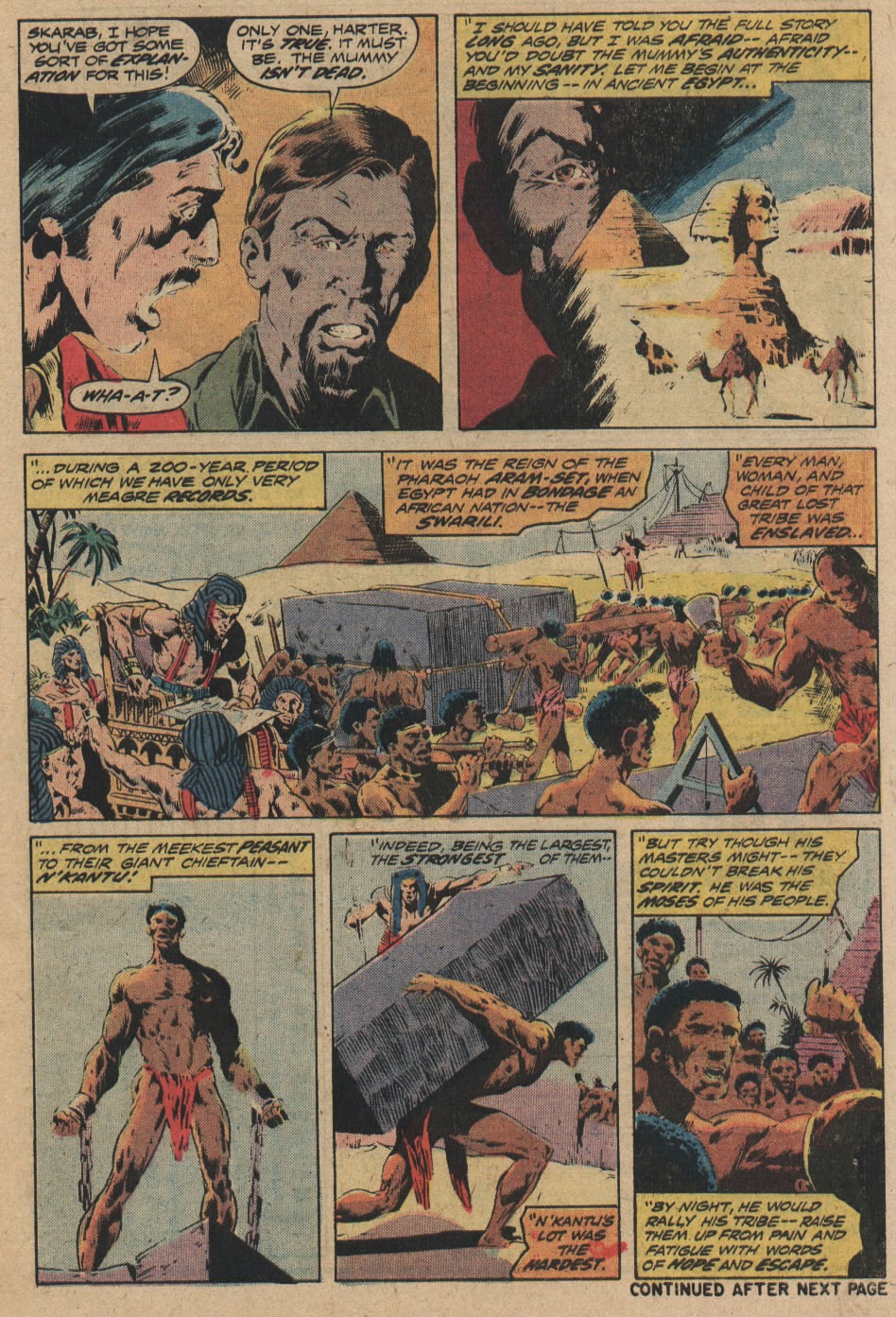 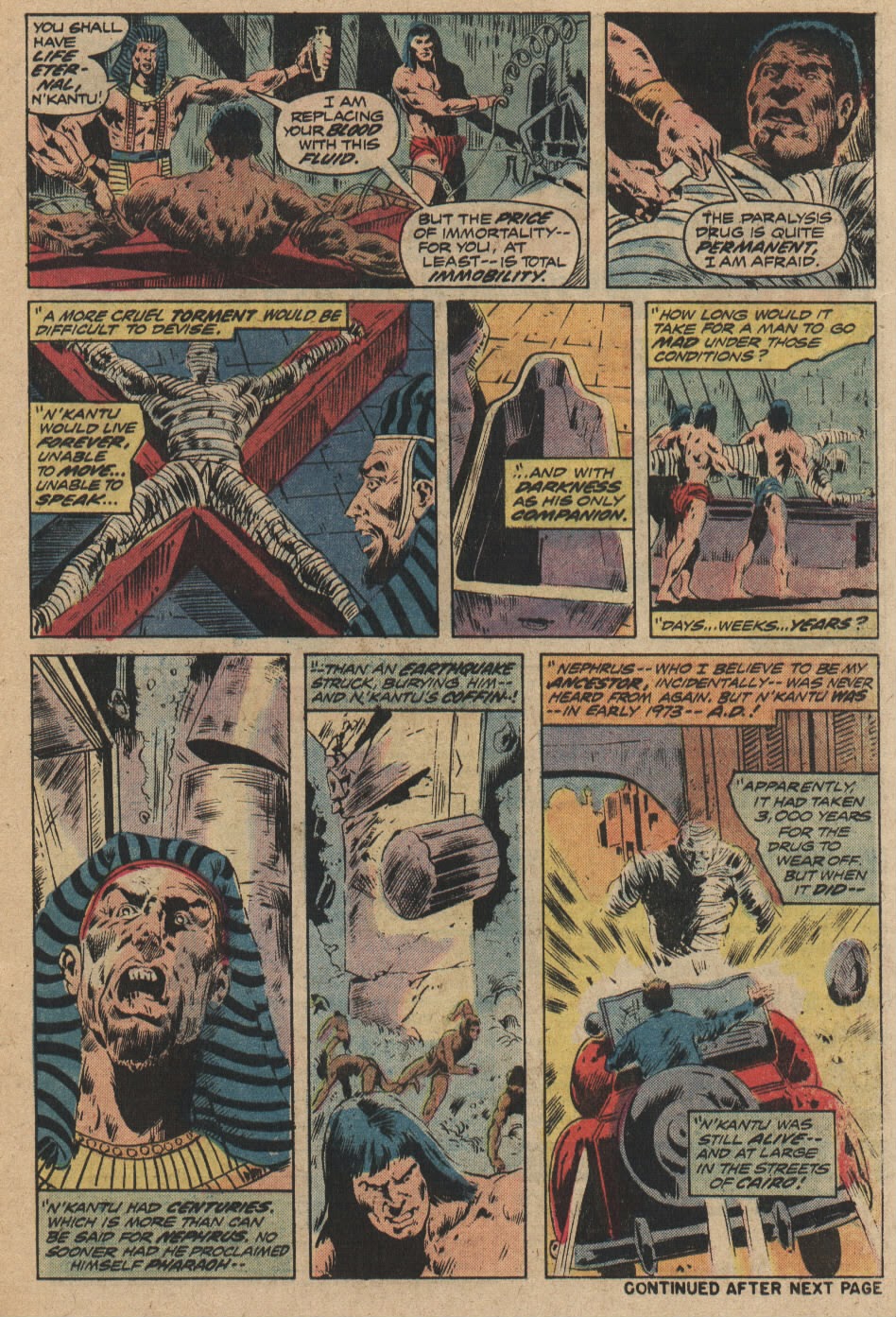 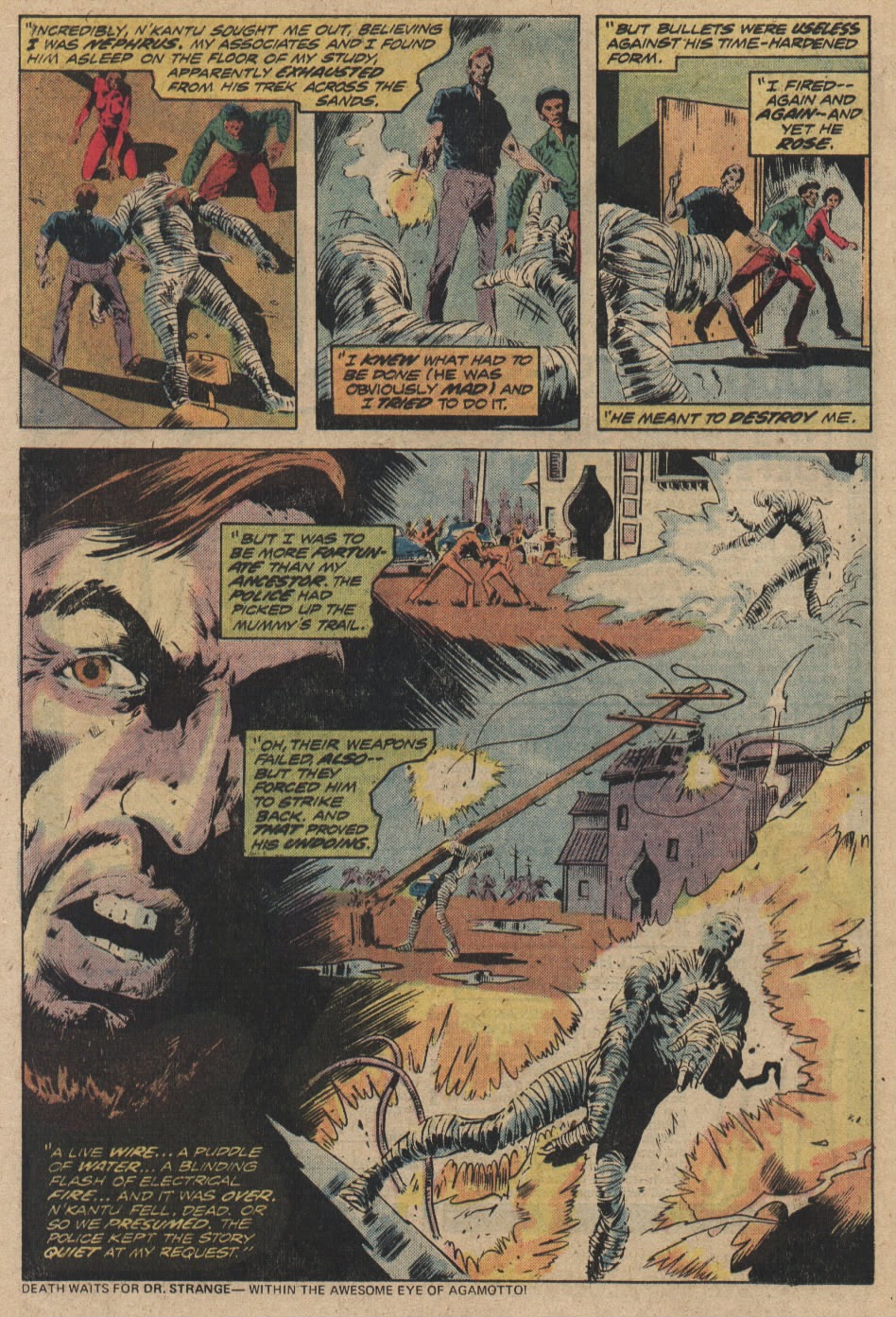 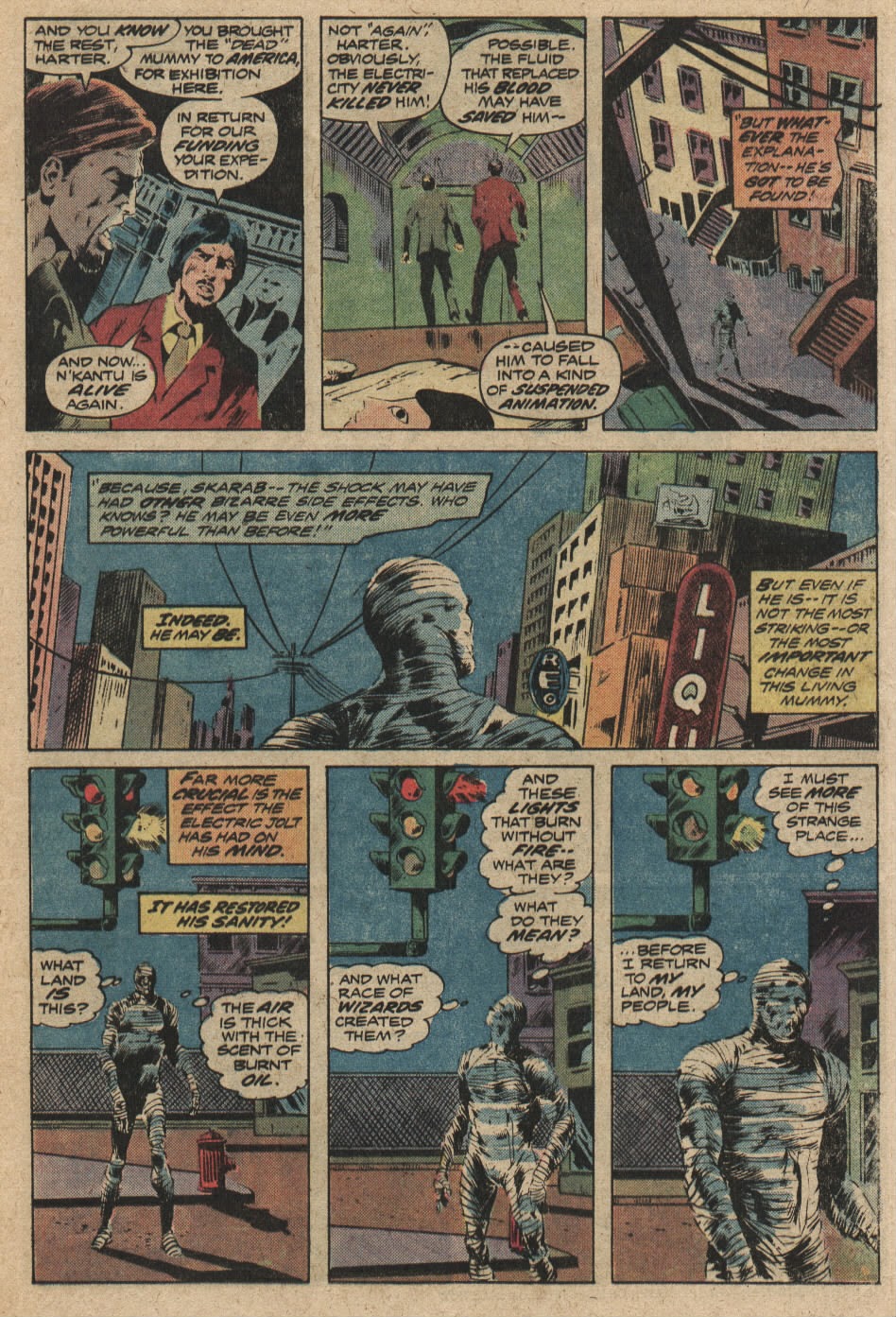 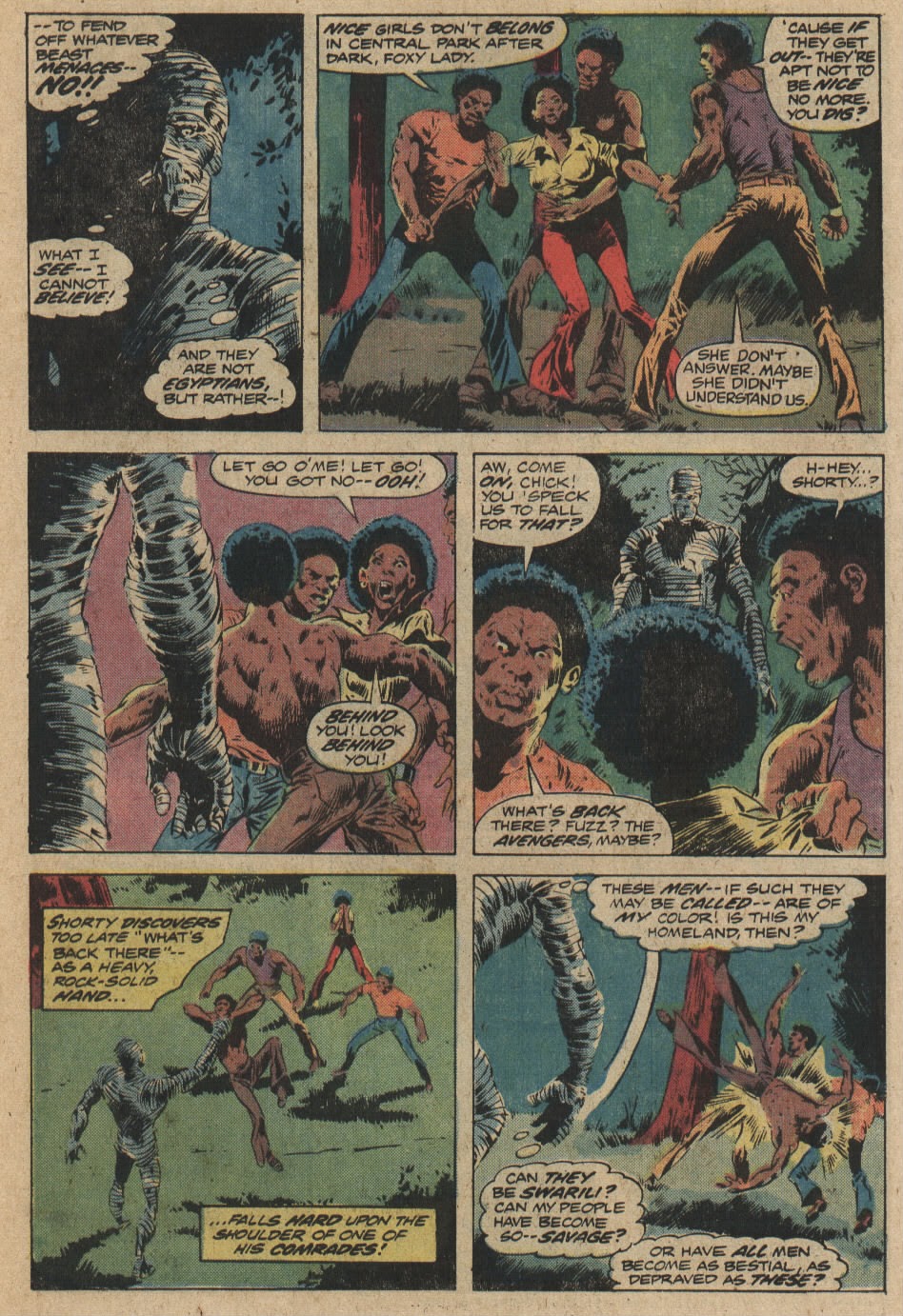 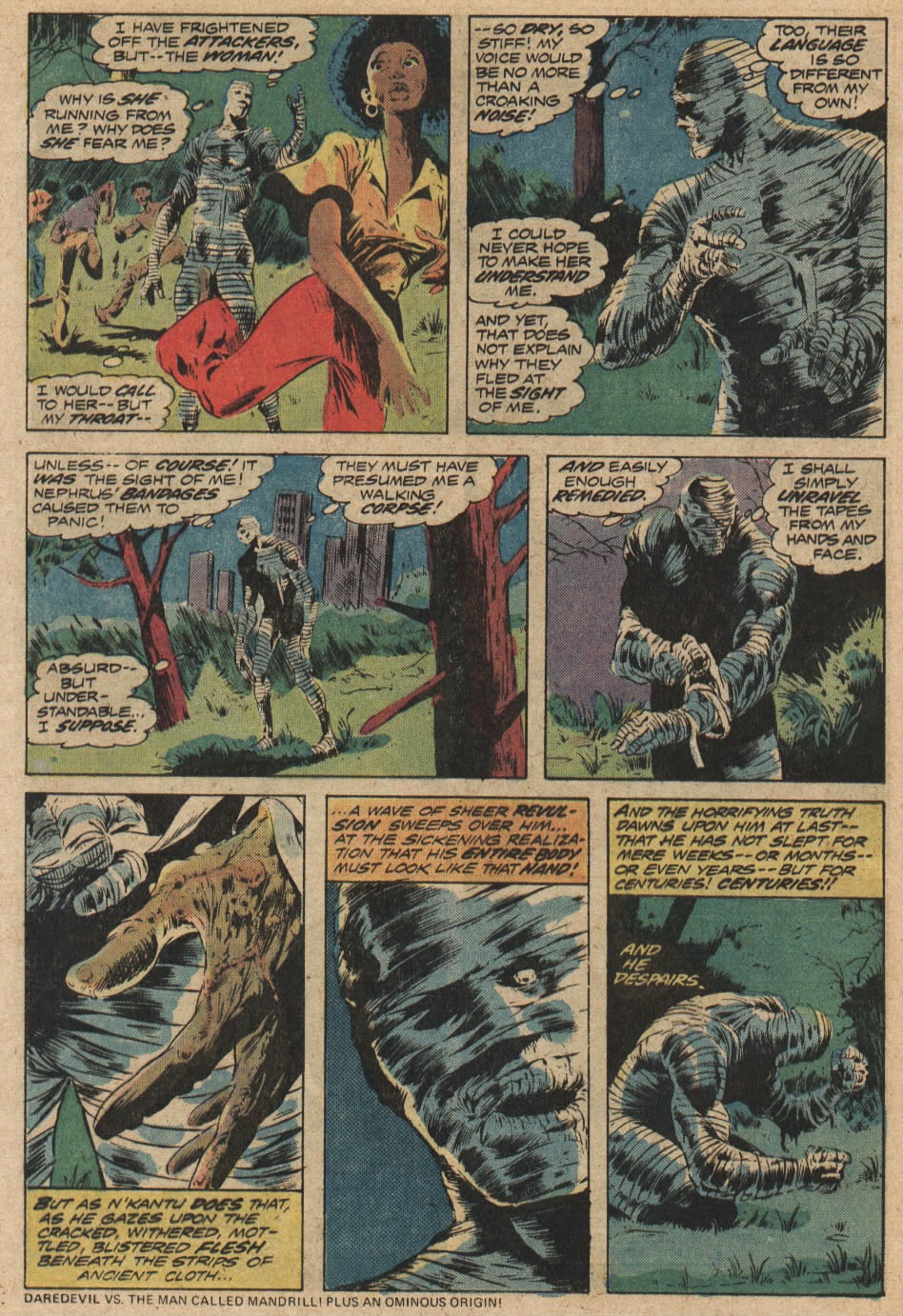 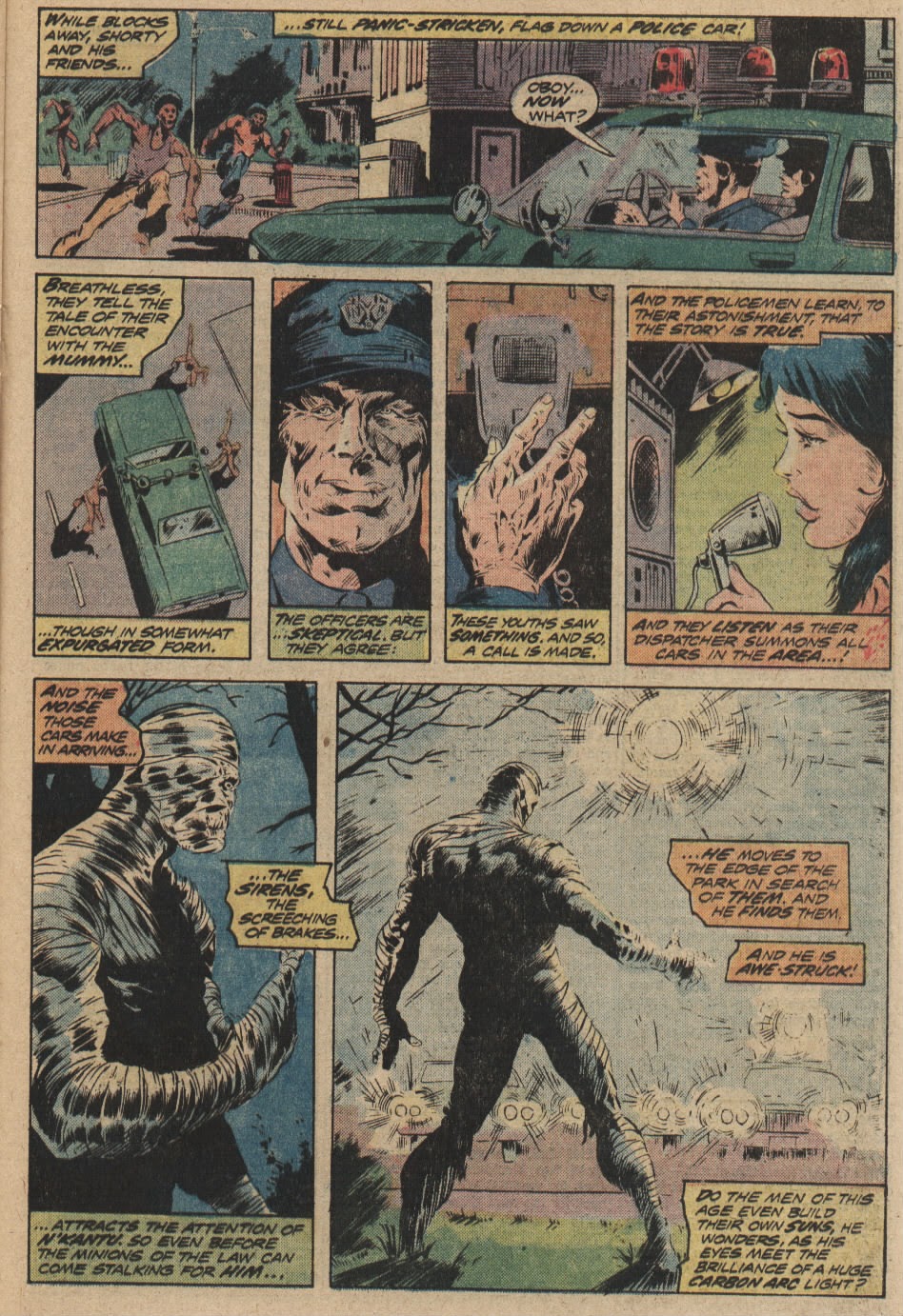 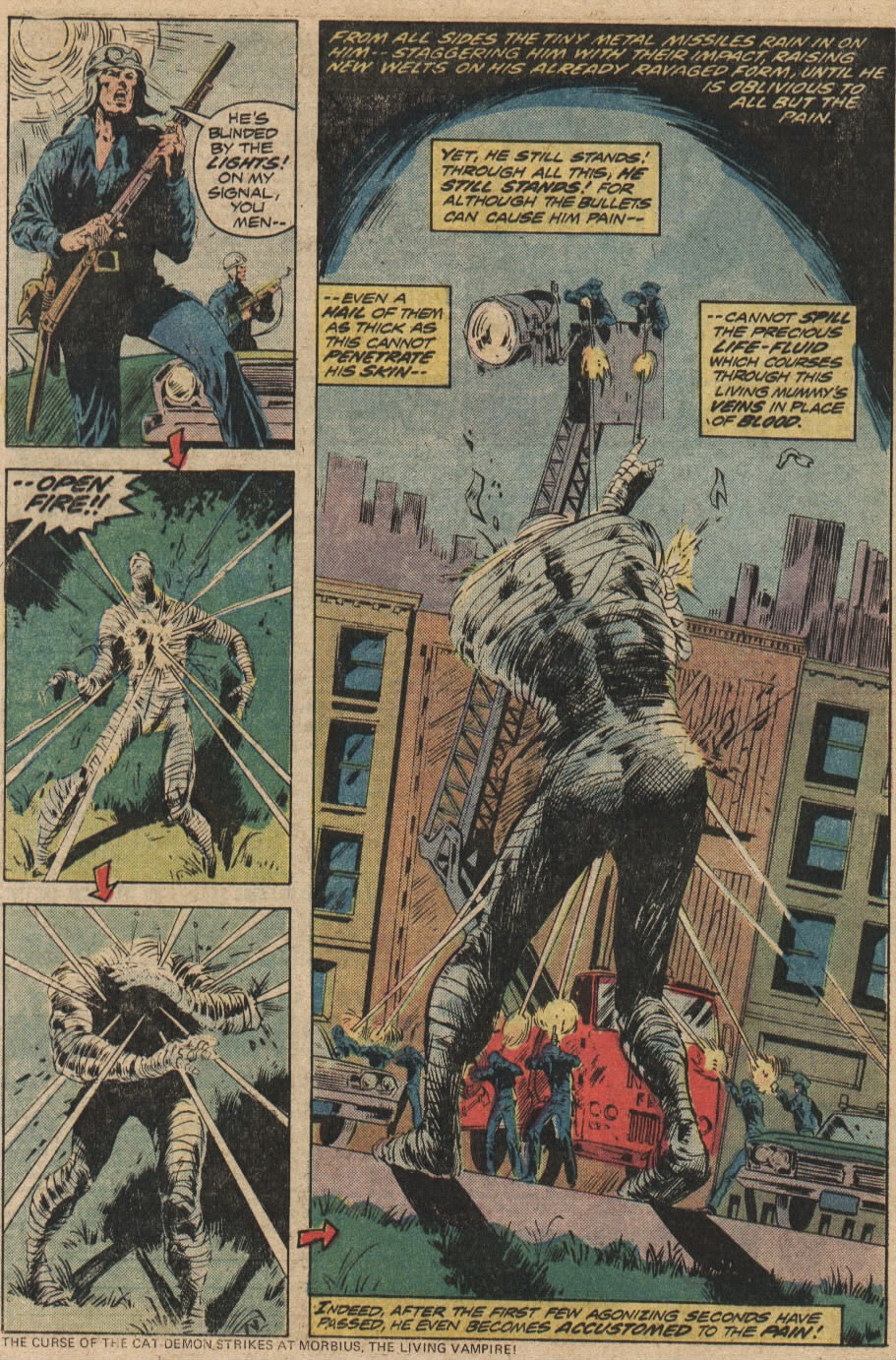 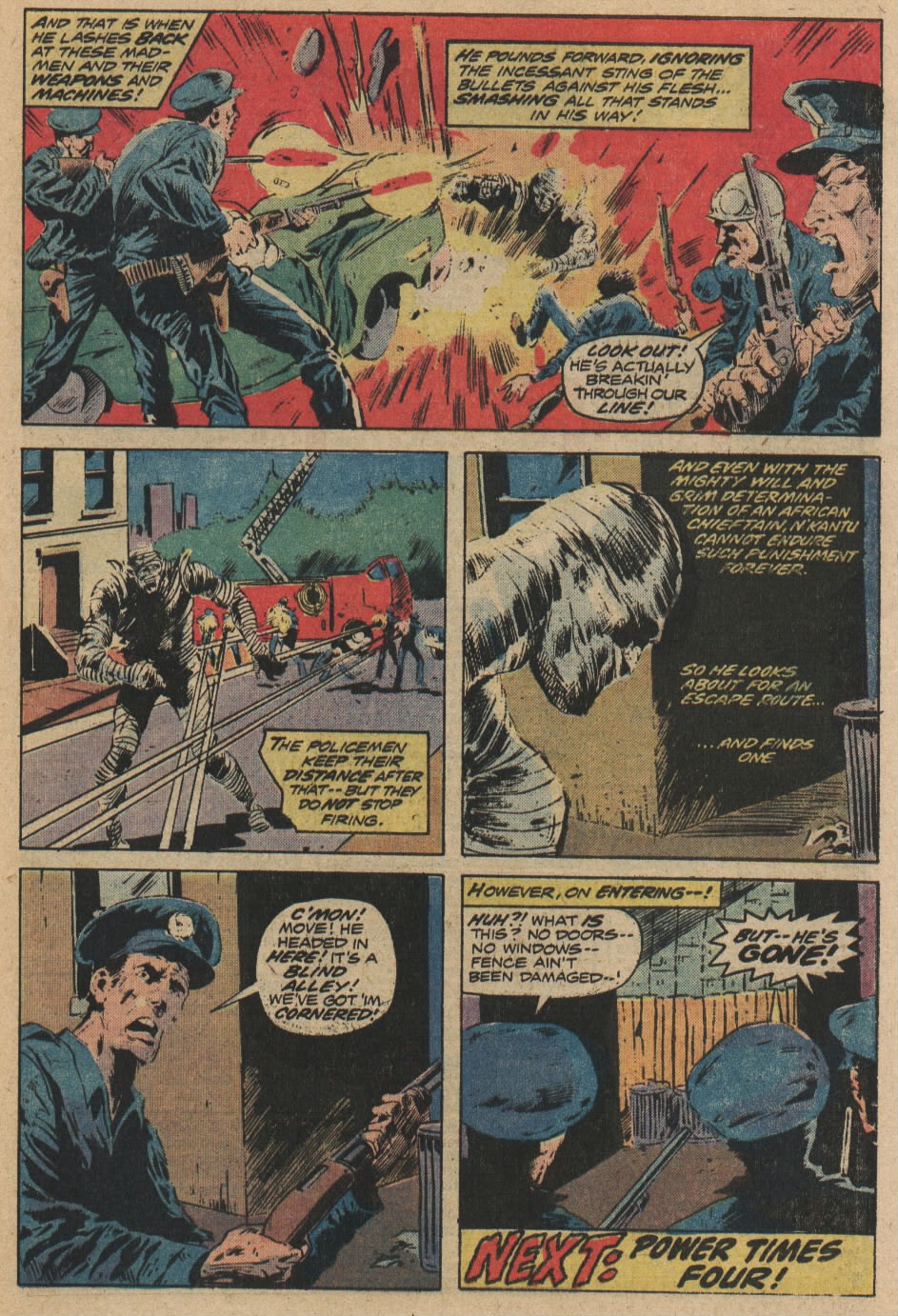 The strip would continue for another 8 issues, with Tony Isabella taking over the writing chores for six of those issues. Mayerik would pencil all but the final ish. It was a pretty cool series, indeed!
Posted by The Groovy Agent at 12:02 AM