Groove's Faves: "The Batman Encounters--Gray Face" by Gibson and Yeates

Dig it, Groove-ophiles! When the Groovy Age ended, it definitely went out with a bang, not a whimper. Take for example, Detective Comics #500. Coming out just a couple days before Christmas 1980, this 84 page, square bound celebration of perhaps the greatest comicbook of all time was loaded with classic material. From the oft-reprinted and much loved "To Kill a Legend" to the well-known "Once Upon a Time", to the rarely seen  "The Strange Death of Doctor Erdel" and "What Happens When a Batman Dies?", to the never-reprinted "The 'Too Many Cooks...' Caper" and "The Final Mystery of Edgar Allan Poe", that legendary comic is a holy grail/must-have for ever Bat/'Tec fan. But, to Ol' Groove, the coolest thing in that coolest-of-cool comics was the prose feature, "The Batman Encounters...Gray Face!" illustrated by then-newcomer Thomas Yeates and written by...Walter Gibson. Yep, the man behind The Shadow wrote a special Batman prose feature for 'Tec #500. Gibson's (under the "house name" Maxwell Grant") Shadow tales were definitely huge inspirations for Batman creators Bob Kane and Bill Finger, so rather than hide that fact, DC allowed us to revel in it. And you, you lucky Groove-ophile, get to revel along with us today! 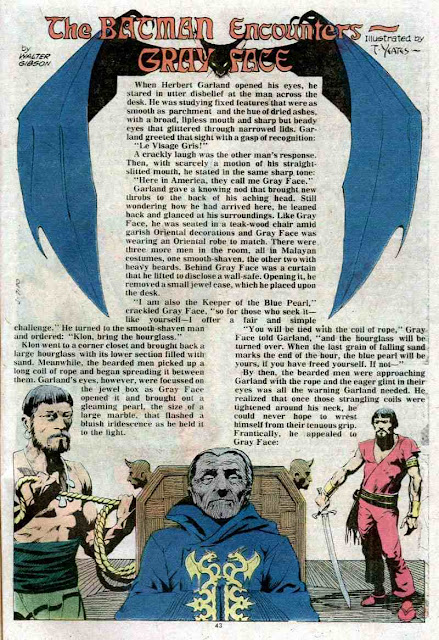 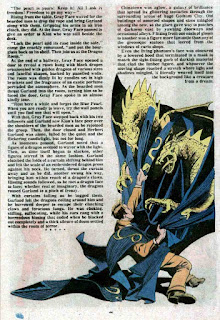 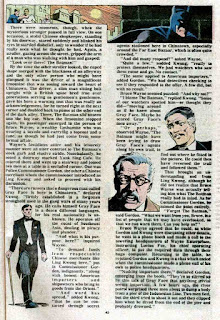 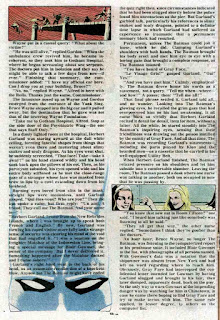 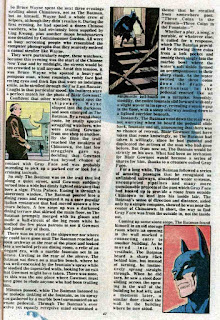 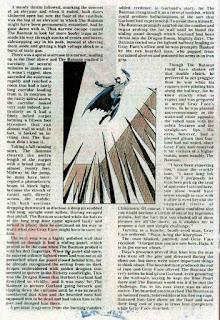 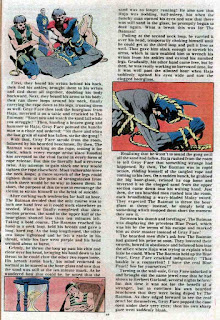 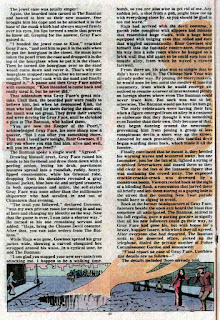