Making a Splash: Claw the Unconquered

Check it out, Groove-ophiles! Though he greatly resembled Conan, Claw never reached the heights of REH's greatest creation. He was, in Ol' Groove's opinion, a very cool twist on the savage barbarian. Writer/creator David Michelinie seemed to have been more than a little influenced by Michael Moorcock's Elric and his kin--which made Claw stand out even more. The series' first artist, Ernie Chan (then going by Chua), a sometimes Conan inker/artist, made the series look fabulous--and because of his Conan connection, he probably made Conan fans look twice at Claw! Later, artist Keith Giffen (this is eaaaaaaarly in his career, baby) took over and gave Claw a totally different, and (imo) even cooler look. Dunno why such a well-written, superbly illustrated sword and sorcery (with a big dash of sci-fi) mag like this didn't make it. If it'd been up to yers trooley, Michelinie and Giffen would still be giving Claw menaces at which to swing his sword! Here are all the published splashes from Claw the Unconquered issues 1-12 (February 1975-June 1976, January-May 1978). Dig 'em! 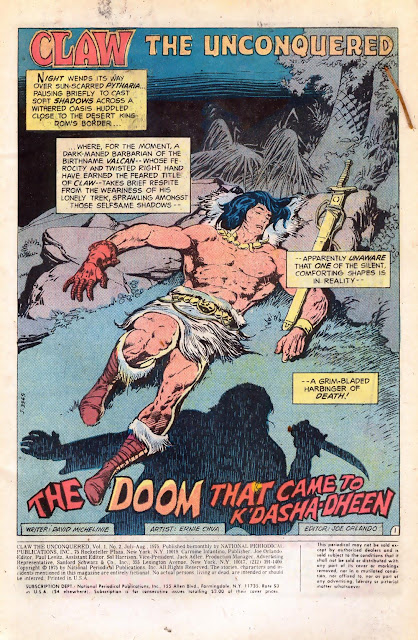 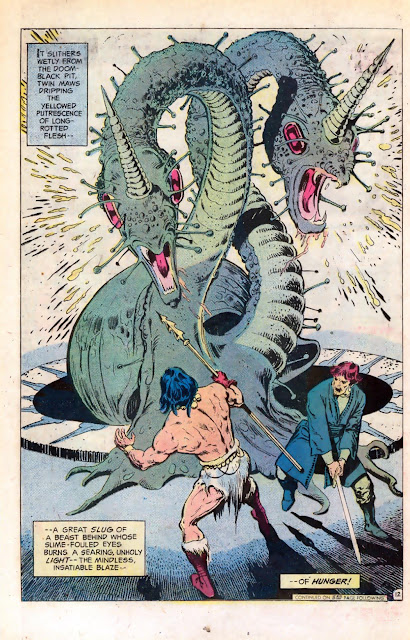 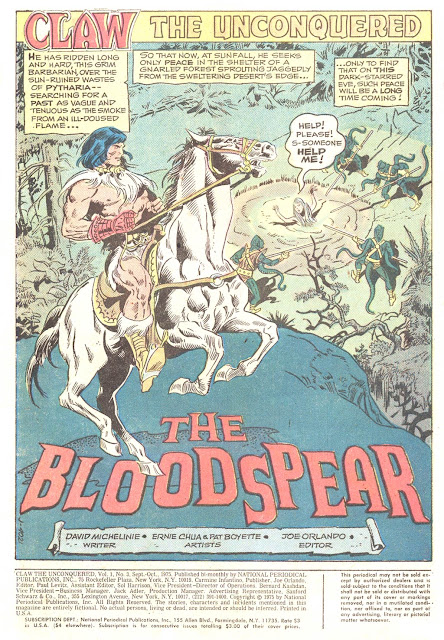 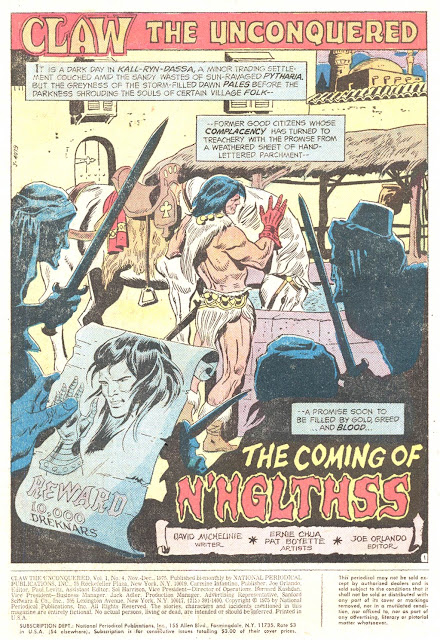 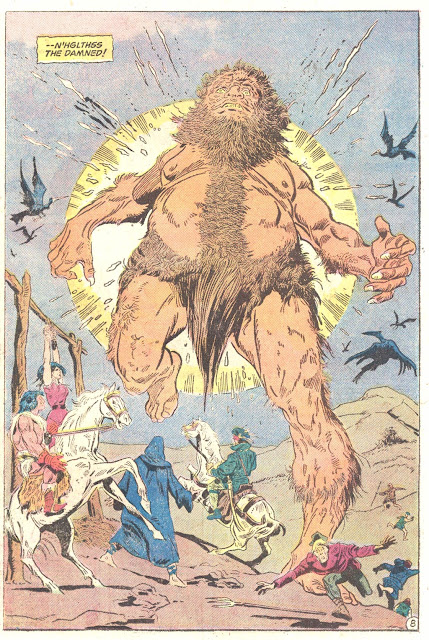 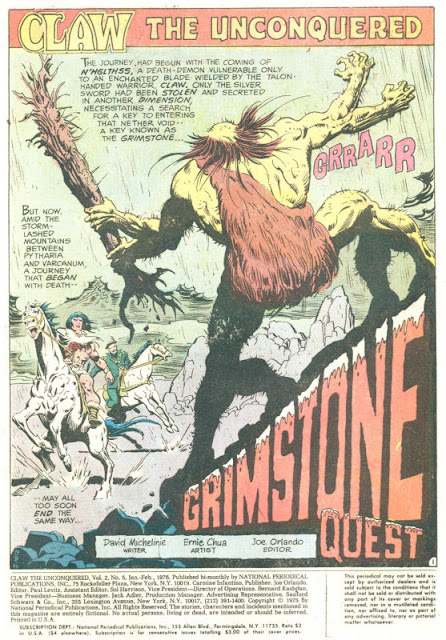 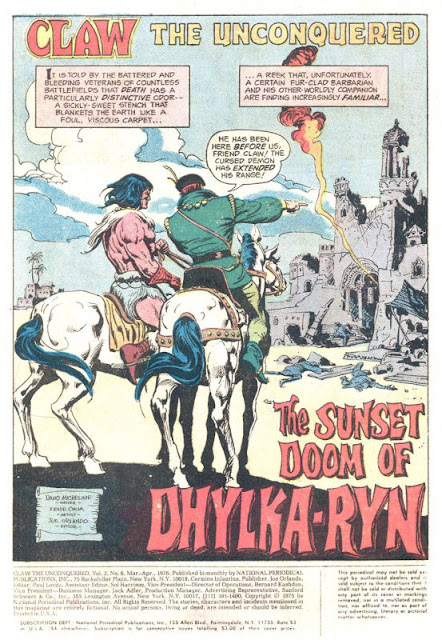 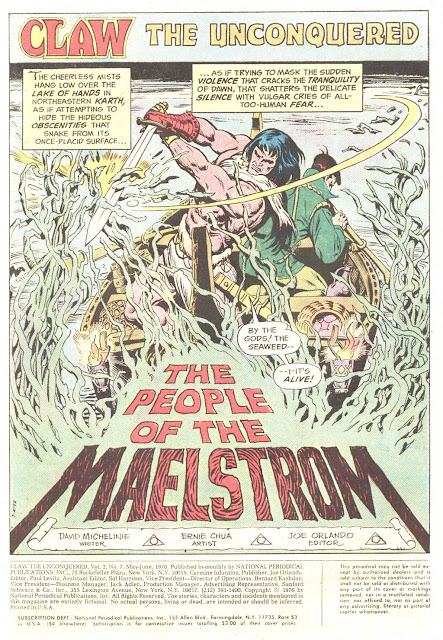 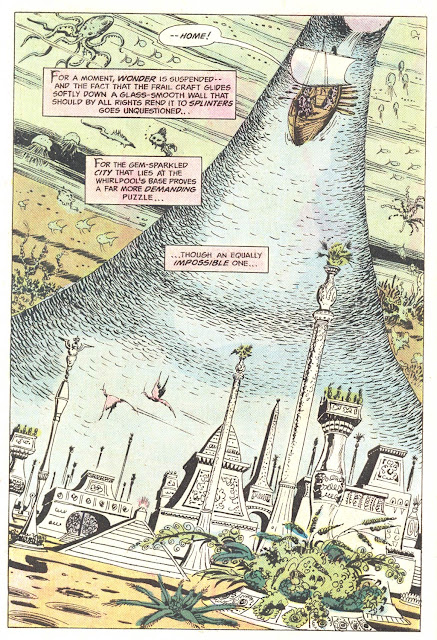 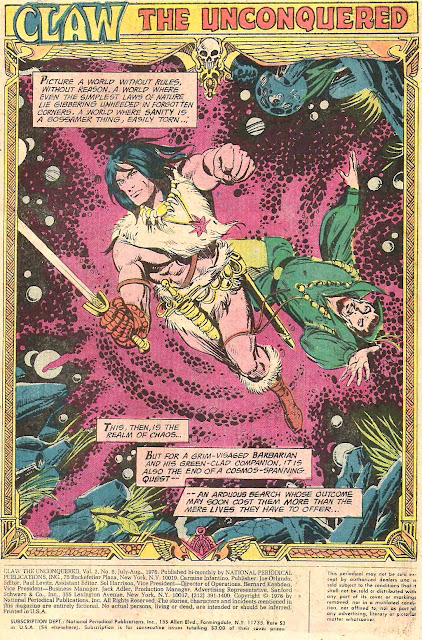 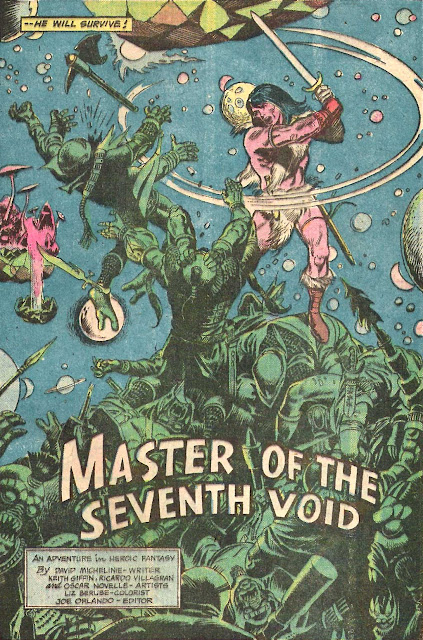 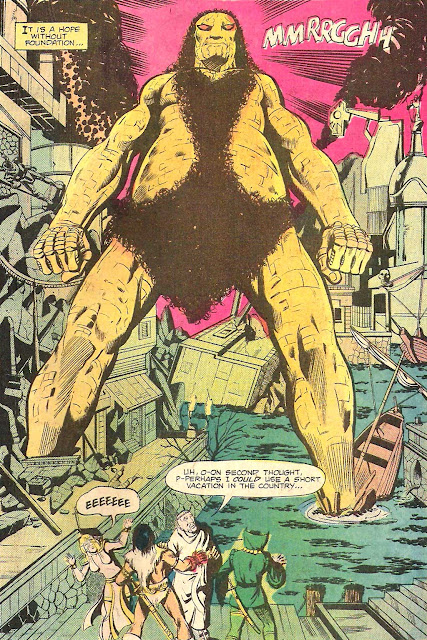 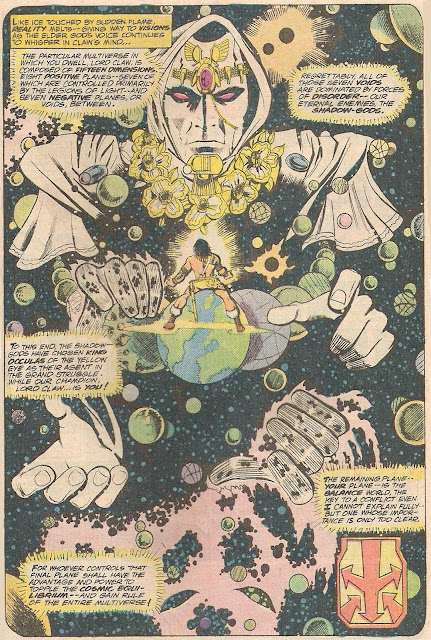 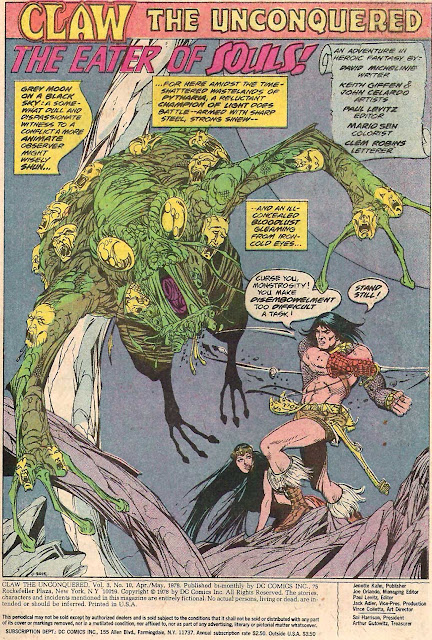 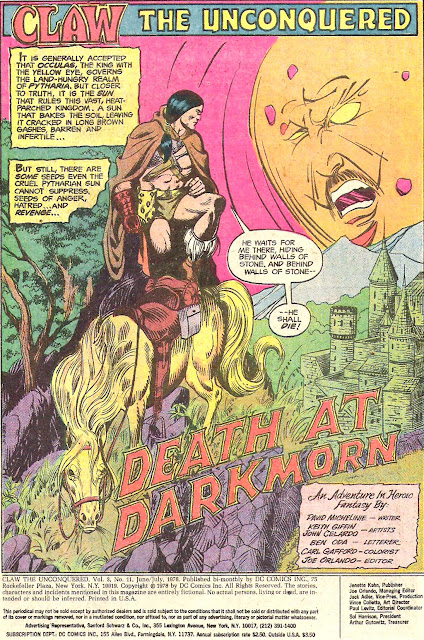