If You Blinked You Missed..."Omega the Unknown" by Gerber, Skrenes, and Mooney

Greetings, Groove-ophiles! For those of us who were growing up during the Groovy Age, one of the most unique and well-remembered Marvel mags was Omega the Unknown. Co-created and written (mostly) by Steve Gerber and Mary Skrenes, designed by Gerber, Len Wein, and John Romita, and illustrated (usually) by Jim Mooney, OtU was dark and mysterious--and yes, grim and gritty--long before it became "The Thing To Do." Gerber wanted to create a new kind of mag; one about a kid (James-Michael Starling) facing the dangers of the real world. Being 1970s Marvel, the powers-that-were there knew that a comic called "James-Michael the Emotionless" wouldn't long survive the spinner-rack jungle, so there had to be a super-hero headliner. Enter strong, silent (and I do mean si-LENT), and enigmatic Omega. He looked like a grown-up James-Michael, was super-strong, had strange mental and energy-based powers, and sported an omega motif. Gerber and Skrenes made him purposefully uninteresting so the focus of the story would remain on James-Michael who faced the horrors of growing up in Hell's Kitchen. J-M faced horrific living conditions (rats, roaches, winos--and those are the cheerful problems) at home with his young guardians, nurse Ruth Hart and photographer Amber Grant (who had the annoying habit of calling J-M "punk"), as well as flat-out hate and brutality at the local public school.  James-Michael's experiences were so similar to (but so much more frightening than) Young Groove's own school experiences, I felt the need for escapism--while I was reading the comic! Things were so rough for the kid that when Omega fought the (usually second-rate) super-villains, it was acually a relief. The villains didn't seem as bad as the "real" bad guys J-M faced. Says a lot when the "lightest" ish of a series is the one in which the protagonist sees his own parents die! 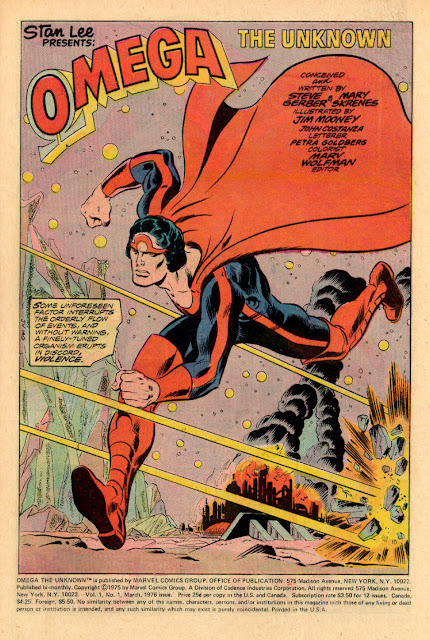 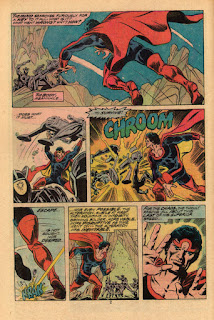 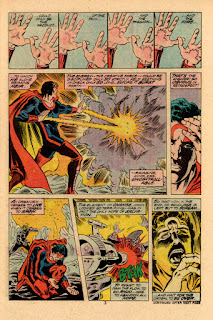 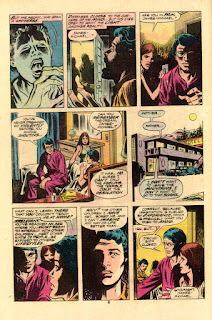 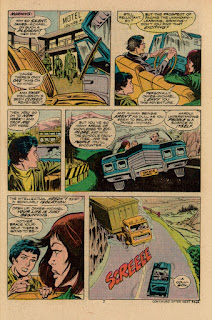 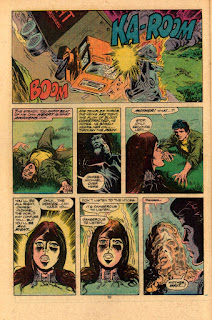 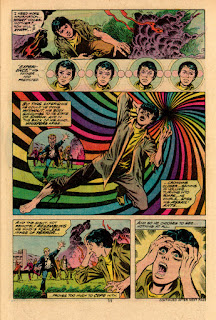 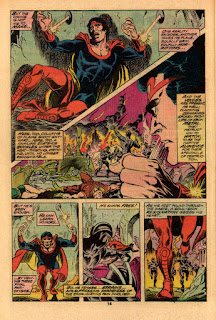 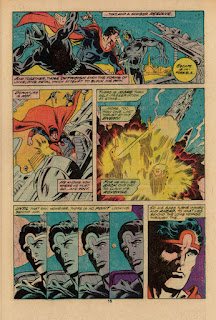 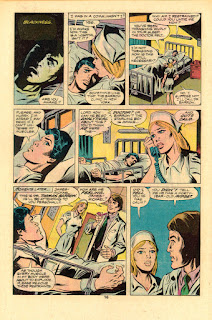 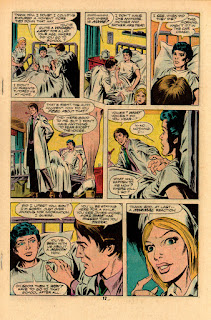 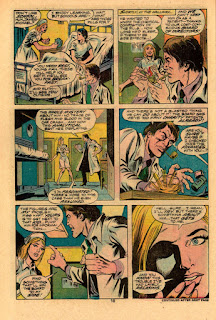 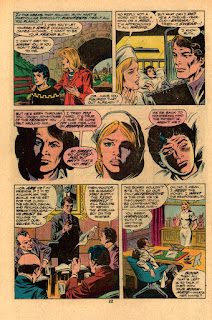 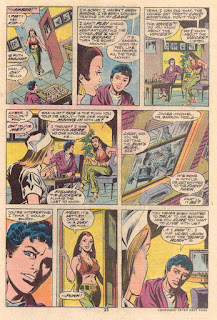 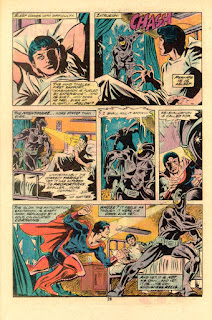 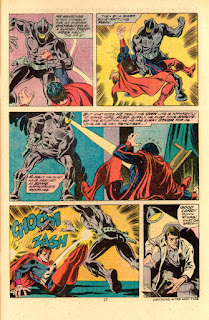 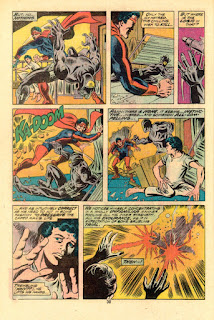 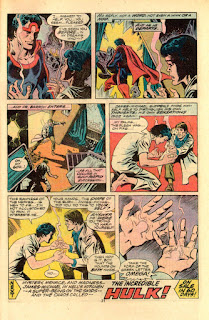 Omega the Unknown lasted 10 issues (December 1975-July 1977). Hardcore fans mourned the mag's passing because of the myriad questions that were left unanswered by writers Gerber and Skrenes. Gerber planned to tie-up Omega's (and of course, James-Michaels') loose-ends in Defenders, but he was fired from Marvel before that came to pass. Writer Steven Grant would valiantly try to do "what Gerber might have done" by wrapping up the OtG storyline in Defenders 76-77 (July-August 1979), but while Marvel was satisfied, fandom was not. Gerber never got to finish James-Michael's story, which is sad, to put it mildly. But we still have those ten amazing issues (well, two of 'em were fill-ins, but they weren't bad) to enjoy on a totally different level than most any other comic mag...ever.

More Omega next month!
Posted by The Groovy Agent at 12:02 AM