Black and White Wednesday: "Dragon Slayer" by Jones and Jones

Dig it, Groove-ophiles! We're going waaaaaaay back to 1967 to some early Jeffrey Jones work from Larry Ivie's legendary pro-zine Heroes and Monsters #2. According to Ivie's editorial in that ish, Jones' "Dragon Slayer" led the fledgling (and immensely talented) artist to gain work at Warren, King Comics, and even Ace Books (covers). Not only that, but the story was scripted by Jones' then-wife Louise (yep, the same "Weezie" who edited X-Men during the late 70s, co-created Power Pack in the 80s, and is married to Walter Simonson). 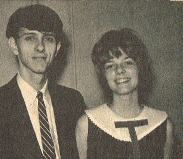 Yep, that was a long time ago, huh? Okay, are you ready for adventure? Then let's gooooooooo...! 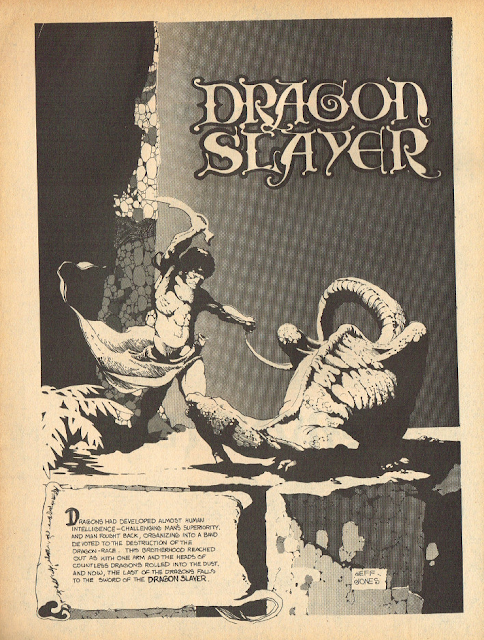 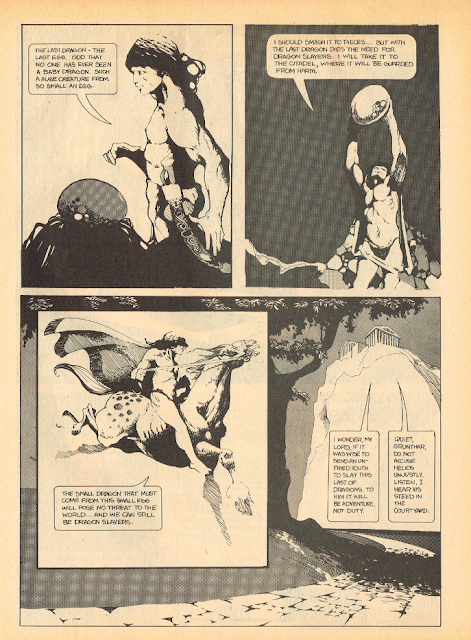 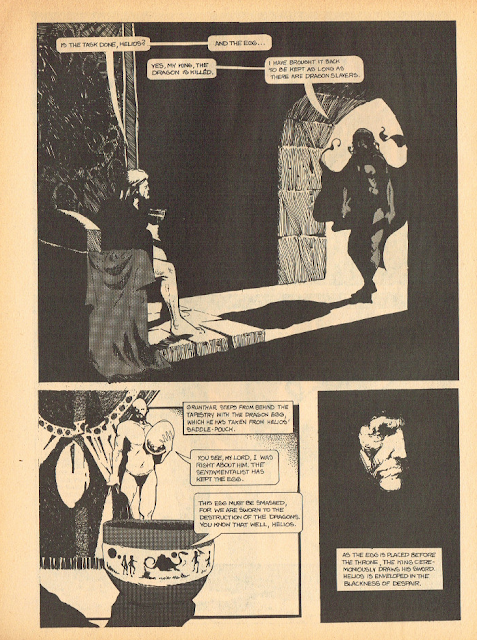 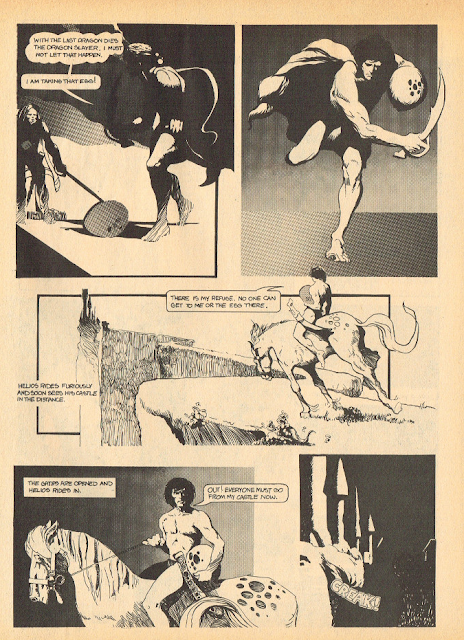 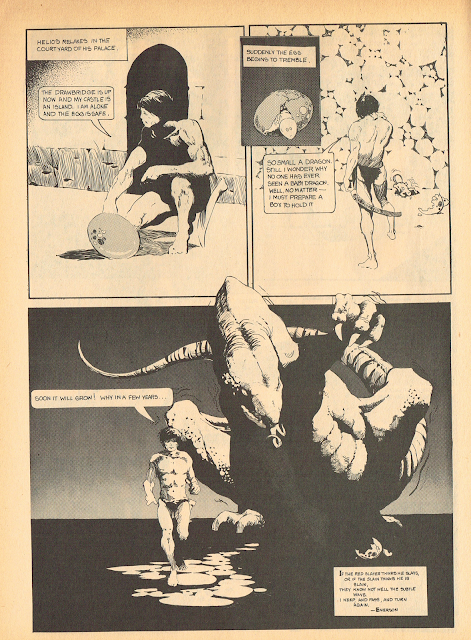