Dig it, Groove-ophiles! While Atlas/Seaboard wasn't the most original comicbook company in the history of comics, they at least had some great artists working on those kinda-familiar-comix. Since it was 1975, supernatural comics were the rage, and supernatural superheroes (or at least monster-type super-heroes, supernatural or no) were being churned out by the clawfull. The best of Atlas/Seaboard's were Rich Buckler's Demon Hunter, Howard Chaykin's Scorpion, Michael Fleischer and Ernie Colon's Grim Ghost, were the most fab of 'em all, while the Cougar, Morlock, the Brute, Man-Monster, and Tarantula had their own wonky charm. Son of Dracula (which didn't have an actual splash), Bog Beast, Devilina, and their ilk...well, Mom always said, "If you have nothing good to say..." 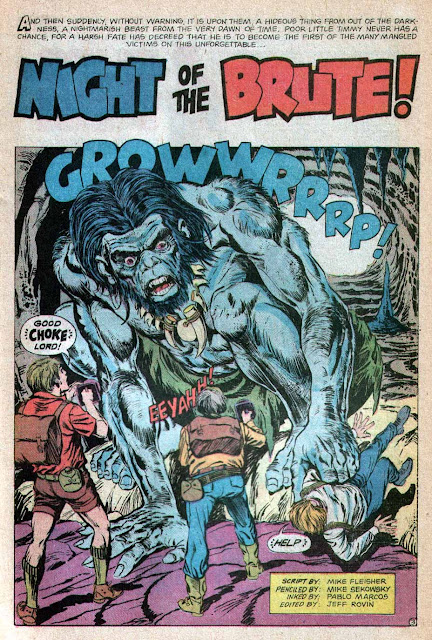 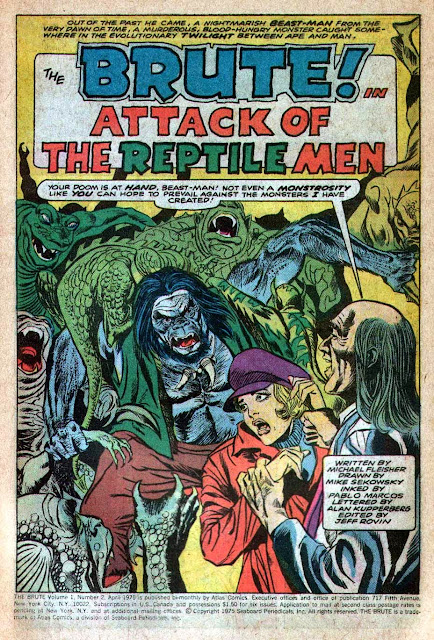 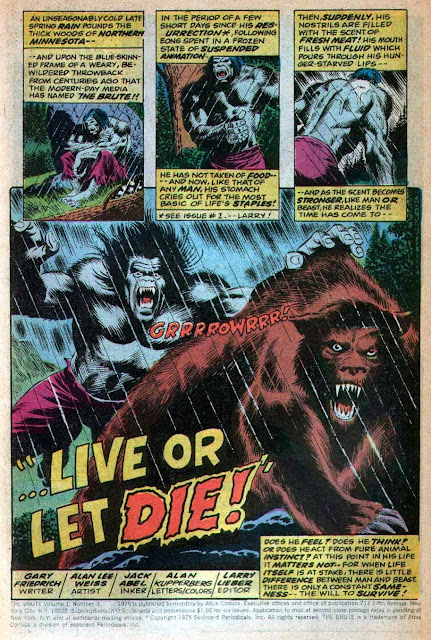 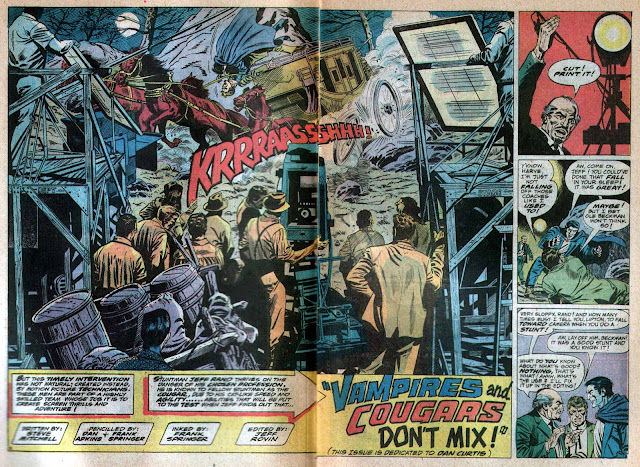 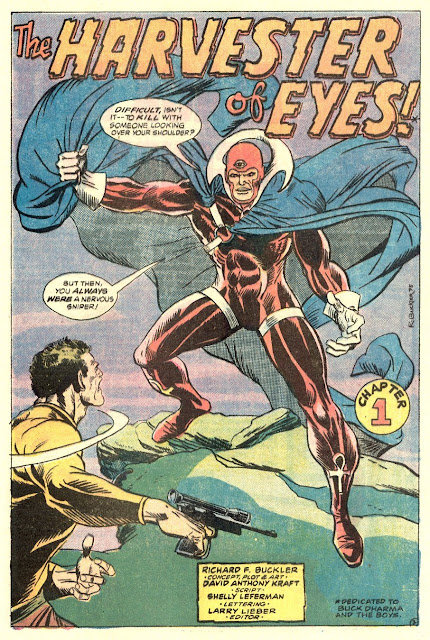 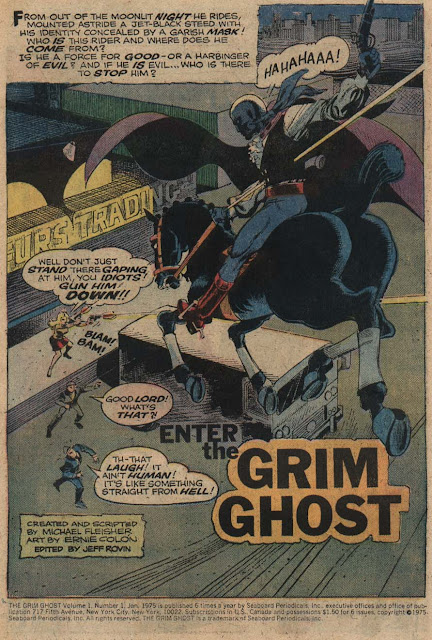 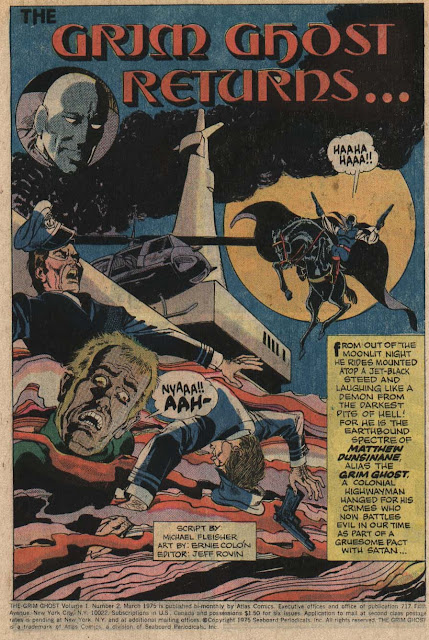 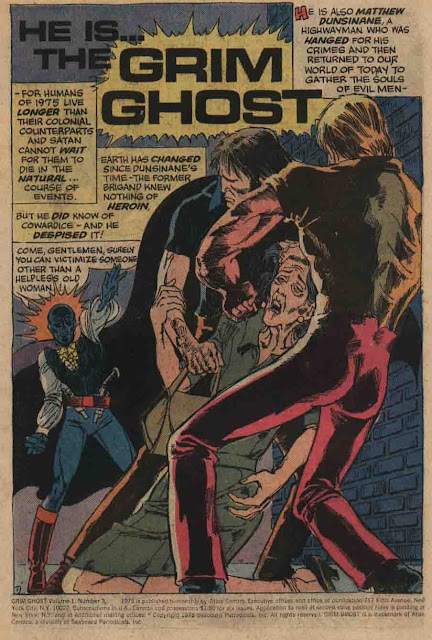 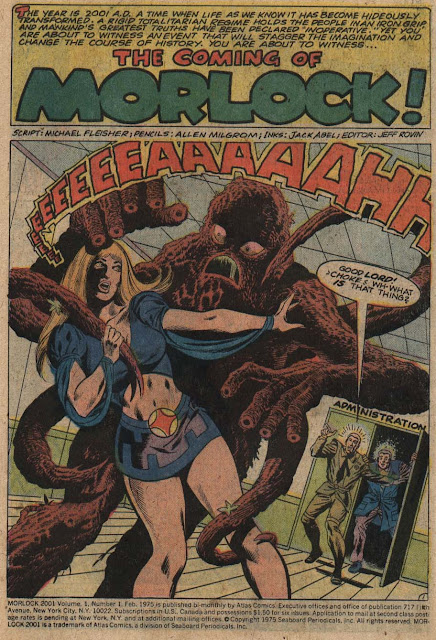 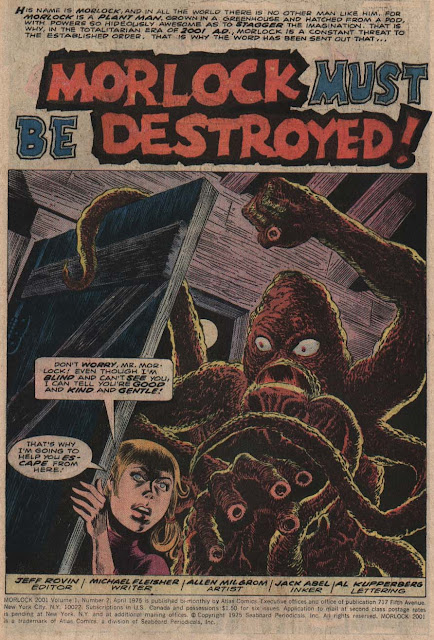 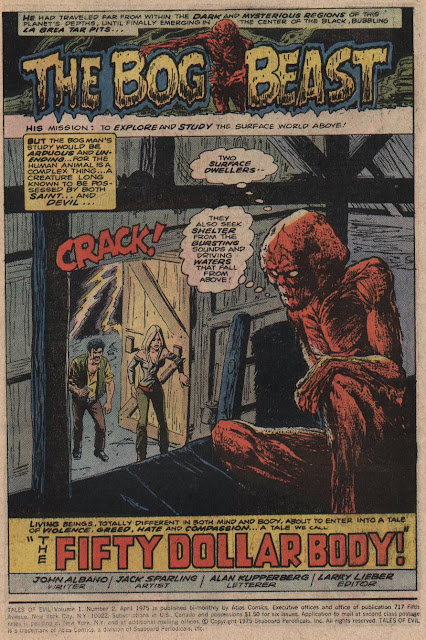 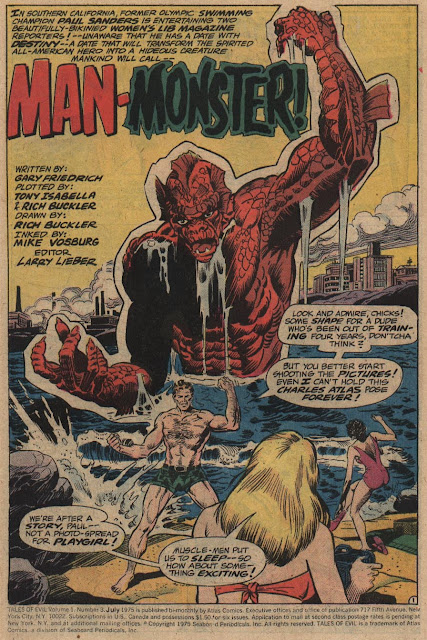 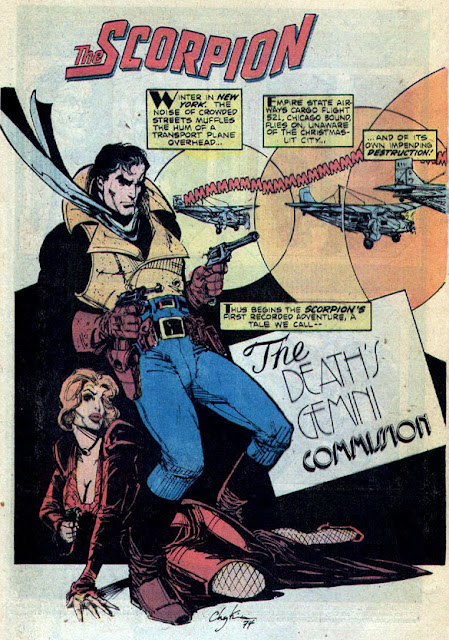 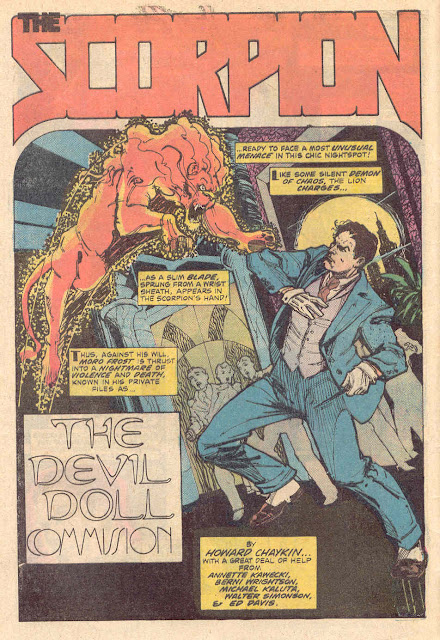 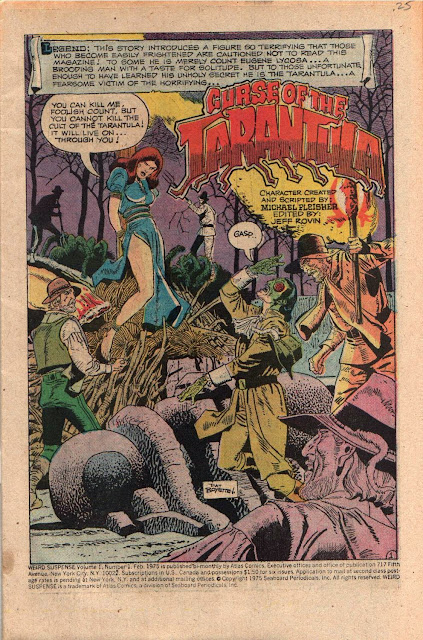 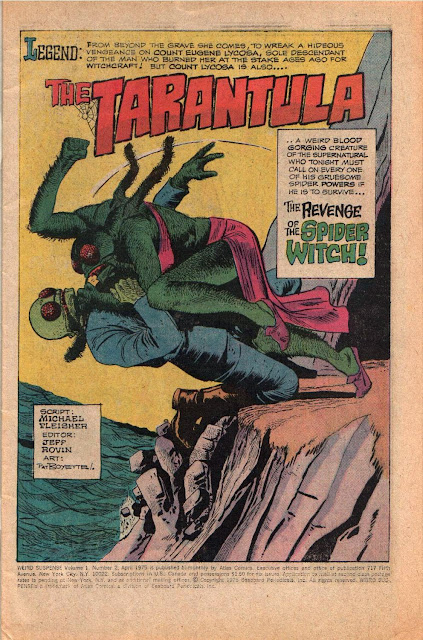