A Decade of Diversions Week! Groove's Favorite Comics from 1978/1979

Ol' Groove's gotta tell ya, after 1973, 1978 was the hardest year to whittle down to five. The DC Explosion/Implosion, awesome Dollar Comics and Marvel-Color mags. X-Men, Marvel Two-In-One, Master of Kung Fu, Detective Comics, Micronauts, and on and on I could go about the greatness of 1978's crop of comics. But the best of the best for me is Showcase #100. A veritable love-letter to comics and its fans. If it was made today, this story would take dozens of comics, a main series, spin-offs, and the interruption of many a regular series to tell. Pauls Levitz and Kupperberg managed to gather every character who'd appeared in the first 99 issues of Showcase and include them (if only for a panel) in an amazing, thrilling and satisfying cosmic epic--in a mere 34 pages. And Joe Staton, bless him, oh-so-skillfully penciled and inked every page with aplomb. To Ol' Groove, this is better than all the "Crisis" mags that have come after it put together.

The other mags in Ol' Groove's top 5 of 1978 are pretty close to perfection, as well. Adventure Comics conversion to a Dollar Comic was the highlight of the DC Explosion for moi. The mix of characters and creators was fun, with Len Wein and Jim Aparo on Deadman being worth a buck all by its lonesome! Then there's the incredible Batman 1978 Spectacular with amazingly strong stories by Denny O'Neil and David V. Reed. I loved that the stories really showcased The Batman's brains as well as his brawn and tech. And the art! Michael (Nasser) Netzer, Michael Golden, and Marshall Rogers, baby! One of the best Batman mags of all time. Marvel had some great stuff in 1978, but most of it was of the continuing saga kind. Hanna Barbera TV Stars #3 might have some of ya scratching your heads, but you have to remember, Ol' Grooves childhood favorite heroes included the Herculoids and Space Ghost--and yeah, I had a soft (in the head) spot for Blue Falcon and Dynomutt. T'was a rare thing to get to read about them in comicbook form, so it was pretty special to get to read a mag with three terrific Mark Evanier stories illoed by the likes of Paul Norris, Will Meugnoit, Dave Stevens, and Alex Toth (who also did the Marvel-ous cover) ! Finally, Creepy #104 with its "all robots issue" was another winner from cover-to-cover. Superior, thought provoking stories by some of my favorite writers (including Steve Englehart and Roger McKenzie) and luscious illustrations by superb artists like Alex Nino, Terry Austin, Alfredo Alcala, and Pablo Marcos makes this one of Ol' Groove's favorite b&w mags of all time. 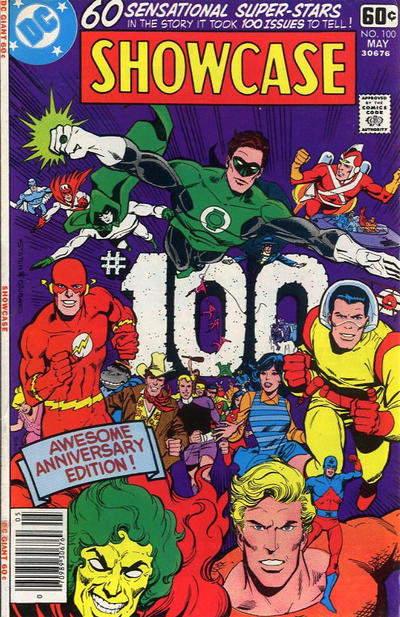 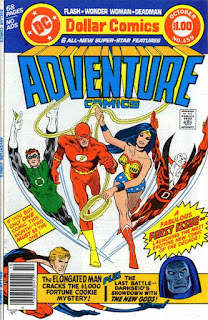 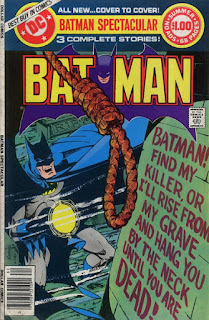 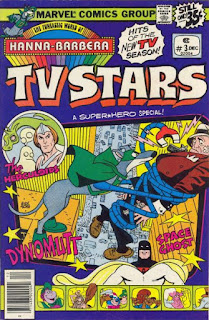 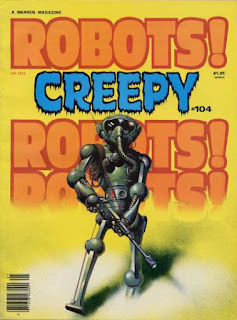 We'll end our look at my favorite single issues of the 1970s on a very high note, Groove-ophiles. Roger McKenzie and Frank Miller gave us perhaps the greatest Marvel Super-Hero vs Marvel Super-Hero tales with Daredevil #163. The story was real and gritty and harsh and heart-renting and, most of all, showcased the pure, fearless heroism of Daredevil against the tortured anti-heroism of the Hulk. Marvel had a knack for knowing how to use guest appearances to the maximum effect during the Groovy Age. This one is the very best of them.

Speaking of team-ups (and Frank Miller), Ol' Groove looooooves Marvel Two-In-One #51 and its Thing/Avengers/Nick Fury team-up. Again, this was classic Marvel with writer Peter Gillis luring us in with the fun banter of a super-hero poker game then, (how can I not say this?) upping the ante with an action-packed romp as the S.H.I.E.L.D. helicarrier finds itself under assault. X-Men Annual #3 is a fun story with the X-Men in a science-fiction-y sword and sorcery setting as they travel to the world of the M.U.'s version of Conan, Arkon. We finally got to see George Perez pencil an X-Men adventure (inked by Terry Austin!), and it was a joy to behold! DC gave us another incredible Dollar Comic anthology, Time Warp, this time (finally!) featuring some of their best writers and artists on straight-on (for comicbooks at least) science fiction fables. This mag should have lasted longer. Finally, Archie Comics is back in the mix with (inhale deeply) Archie's Super Hero Comics Digest Magazine #2. Yeah, it's mostly reprints, but it also presents the gritty unpublished Black Hood stories from their aborted Red Circle revival. Said stories feature art by Gray Morrow, Neal Adams, and Dick Giordano. And the reprints of the Mighty Comics of the pre and early Groovy Age were fun, too. 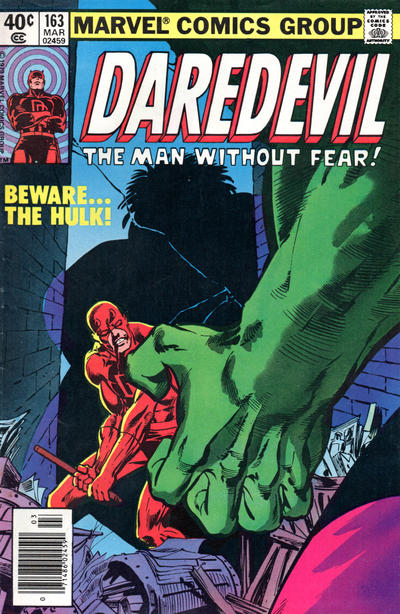 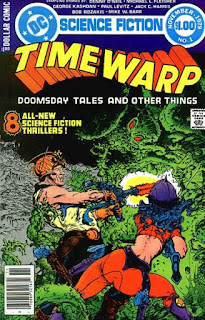 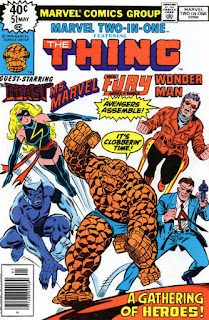 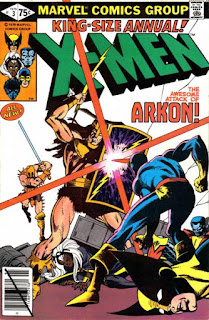 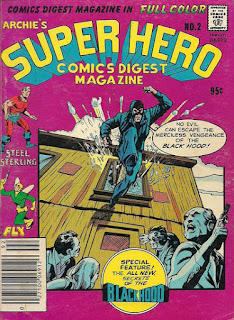 Well, there you have it, Groove-ophiles! I sure hope you enjoyed this special romp down memory lane. Make sure to post about your faves in the comments! See ya Monday when things get back to "normal." Thanks for a great ten years!!
Posted by The Groovy Agent at 12:02 AM