Dig it, Groove-ophiles! As Ol' Groove has rapped about in the past, Jerry Lewis has always been one of my favorite celebrities. Loved his movies, his work on the annual MDA Telethons, and of course, his comics. Since DC published his mag, The Adventures of Jerry Lewis, it was inevitable that Jerry would occasionally meet up with some of DC's super-heroes. Like in ish #112 (March 1969), where "The Flash Meets Jerry Lewis" by E. Nelson Bridwell and Bob Oksner. This one is kinda edumacational, too, since we find out where the bad guys (used to) get their costumes... 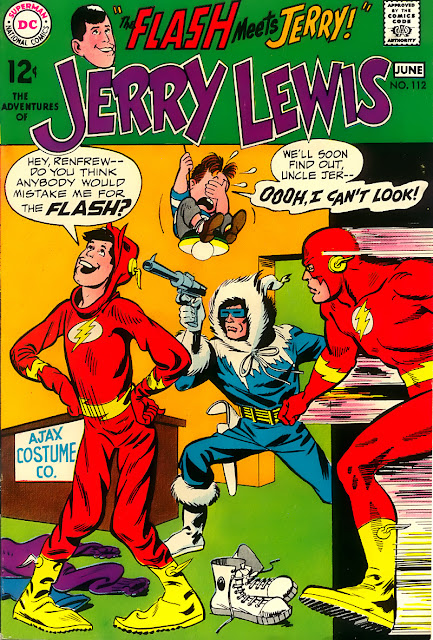 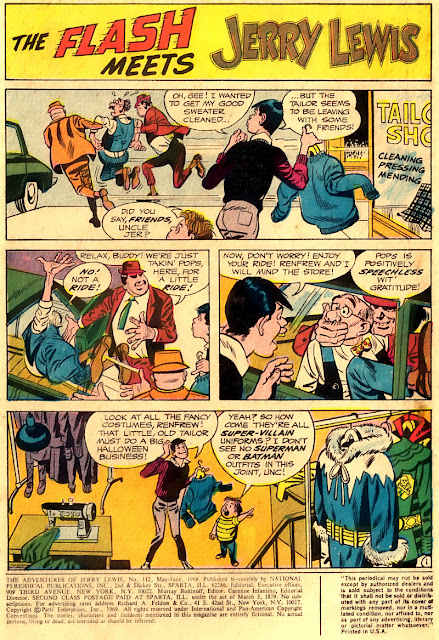 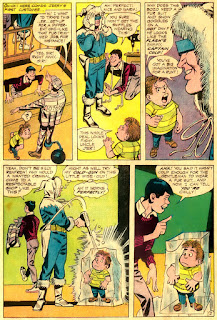 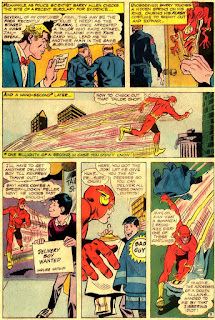 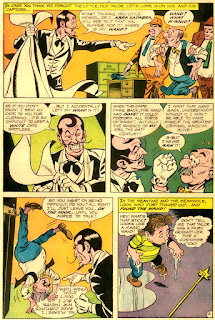 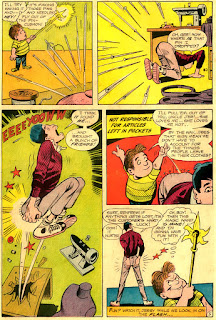 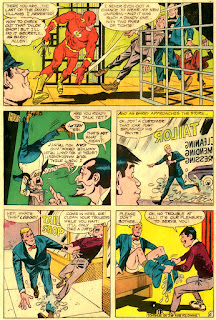 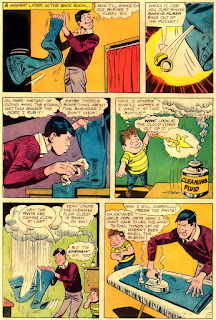 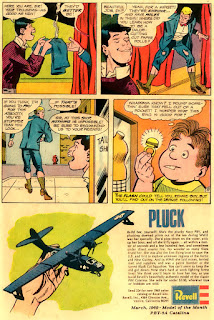 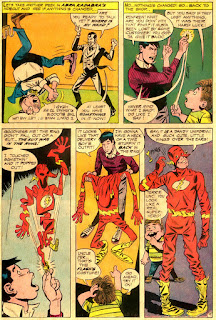 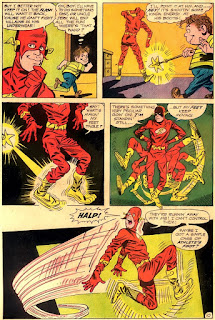 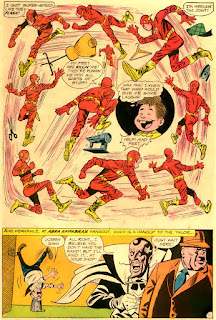 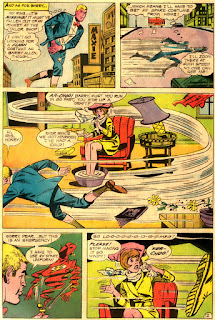 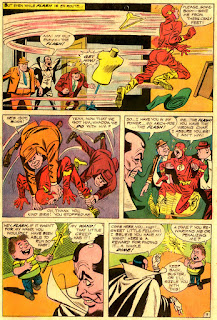 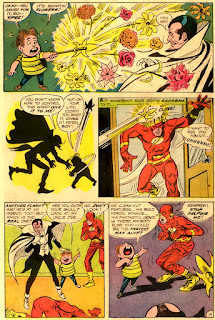 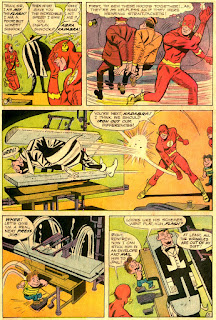 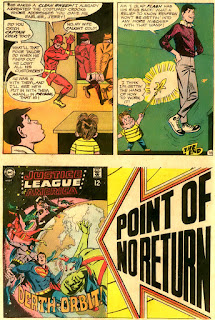