Greetings, Groove-ophiles! Here's another sci-fi shocker by Jack "King" Kirby (with inks and letters by Mike Royer, natch) from Marvel's continuation of 2001: A Space Odyssey. Ish #4 (January 1977) is a special fave, 'cause the first chunk of "Norton of New York 2040 A.D." is a comicbook fan's dream world. A world where super-heroes are real, and anyone can be one--IF they get to visit...Comicsville! (Hey, with our comicbook cons and cosplay, we're getting there!) After that, we get another of Kirby's patented looks into the future--and, as usual, he gets awfully close to nailing things that would come between 1977 and now. The King truly was a visionary. 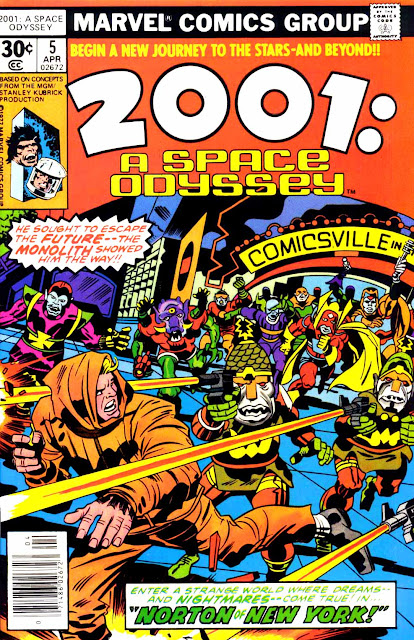 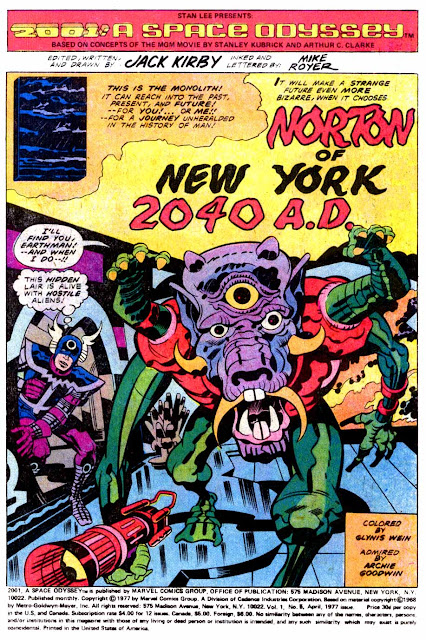 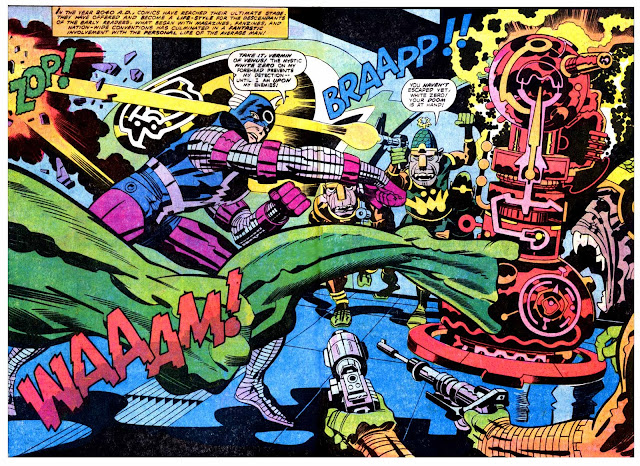 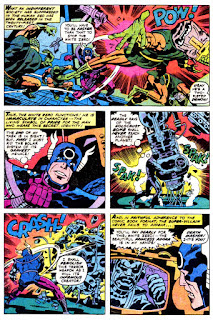 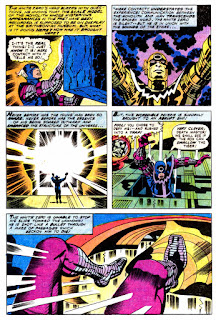 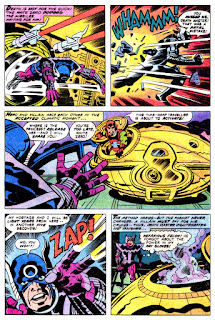 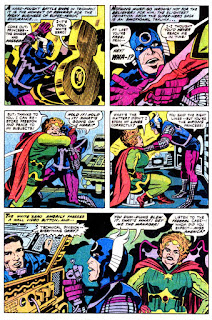 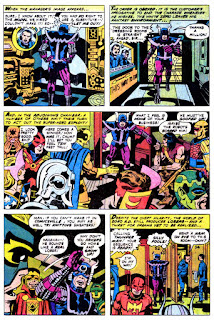 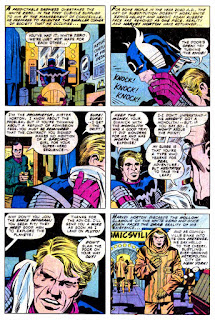 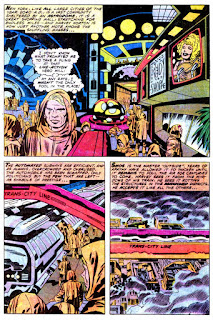 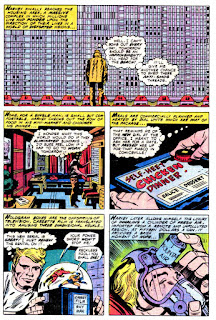 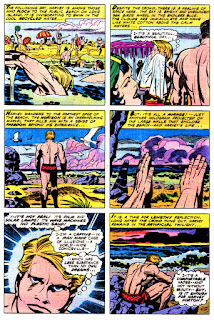 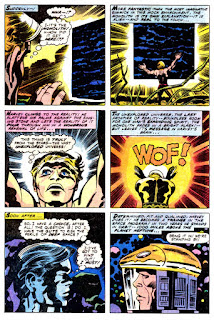 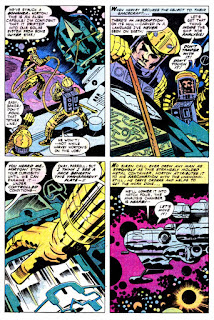 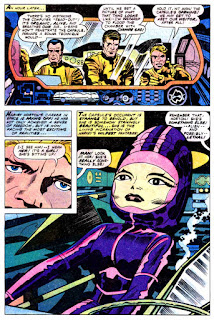 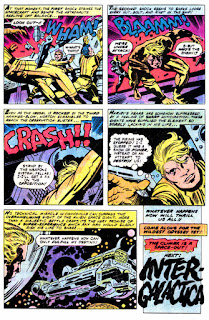