Black and White Wednesday: "Shadow of the Axe!" by Sim and Heath

After the birthday celebrations, Ol' Groove hates to have to rap about the passing of the inimitable Russ Heath, but sadly, I must. Mr. Heath passed away last Thursday, August 23. Besides co-creating the Haunted Tank for DC and having his art "swiped" by Roy Lichtenstein, Heath had a long career that began in the late 1940s and lasted until well into the 2000s. His detailed, realistic, nuanced art won him many, many awards and accolades--and it seemed that he could never produce enough art to please us fans. A search on Grand Comics Database shows he did way more than we ever gave him credit for (for most every comics publisher, as well as Playboy, Peter Pan Records, slews of non-U.S. publishers, advertising (remember that ad for 132 toy Roman soldiers? That was Russ Heath art!). Still and all, his prodigious talent will be missed. And yeah, it's seems a bit weird to be remembering an artist by posting a story about an axe murder, but it's so beautifully rendered--and written by a young, pre-Cerebus Dave Sim. It's from Creepy #79 (March 1976). Oh, and these are scans of the original art (from the indispensable Heritage Auctions site).  Check it out... 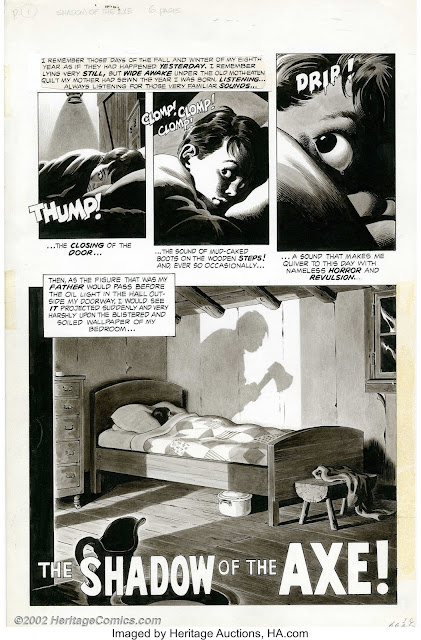 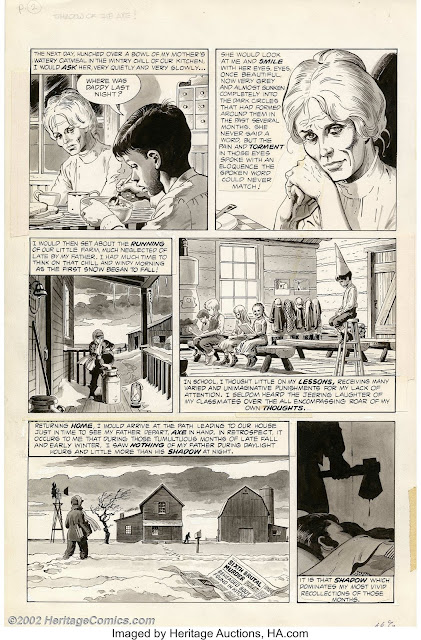 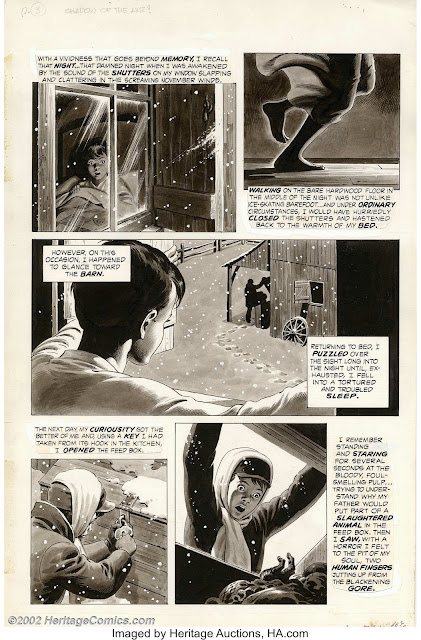 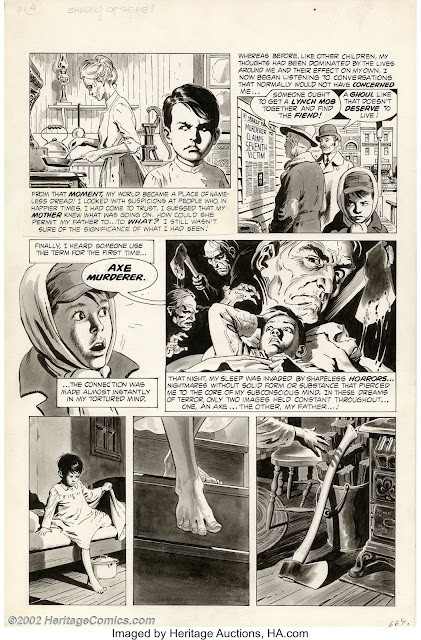 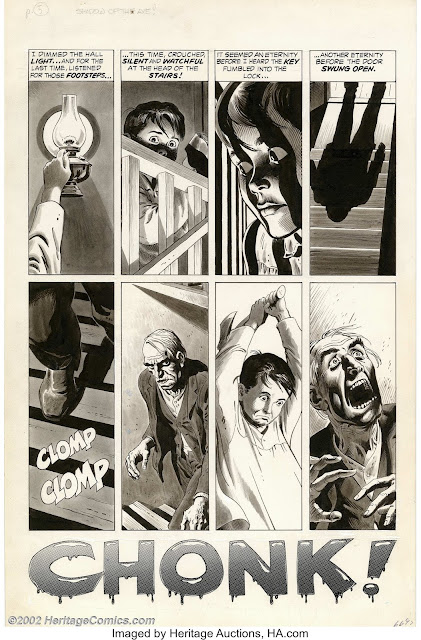 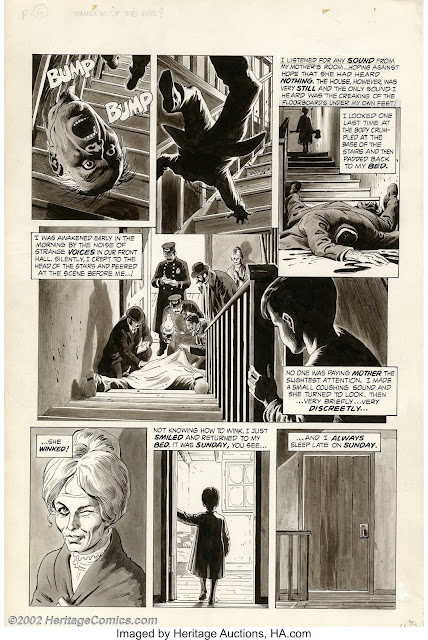