Groove's Faves: The Green Hornet and "The Threat of the Red Dragons" by Newman and Spiegle 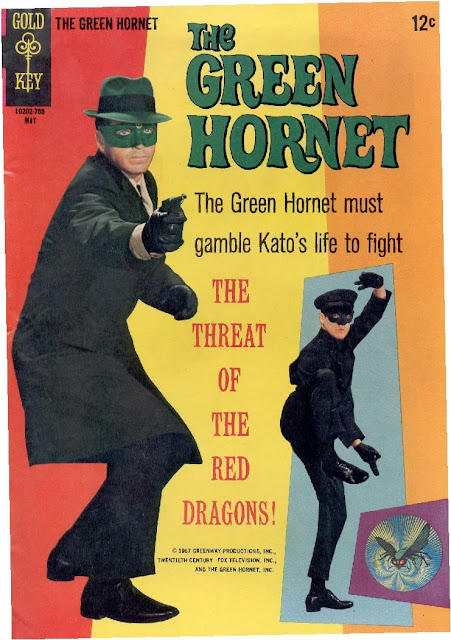 Are ya hyped up to see the new Green Hornet flick, Groove-ophiles? Ol' Groove has mixed feelings about what he's seen preview-wise, but is willing to give it a shot. Something I KNOW I dig is the old Green Hornet TV show with Van Williams and the immortal Bruce Lee. As a Bat-fan, Li'l Groove had to watch Batman's darker (!) and more serious (!!) counterpart. Besides, Green Hornet was one of those cool old-time radio heroes Dear Ol' Dad was always telling me about. T'was only natural, then, that Li'l Groove would get his sticky fingers on the Green Hornet comicbooks produced by Gold Key Comics. All three issues (December 1966-May 1967) are pretty cool, but it's ish #2 (February 1967) that's my personal fave. It reads a whole lot like an episode of the 1966-67 TV series, but with a better budget. Author Paul S. Newman could always be counted on for turning out fun stories, and Dan Spiegle never, ever disappointed on the art. Here's hoping that Seth Rogan and Jay Chou read Green Hornet #2's "The Threat of the Red Dragons" if they wanna know how the Green Hornet and Kato really get down! 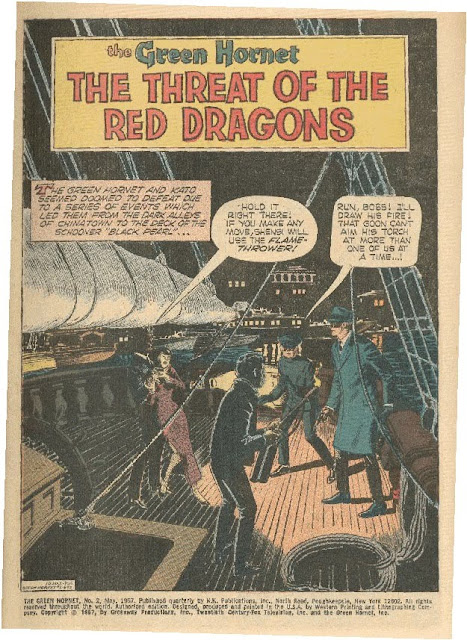 I just have'ta toss in this special inside-back cover feature from ish #3 spotlighting all of the Green Hornet's groovy gadgets. How many of 'em will pop up in the movie? 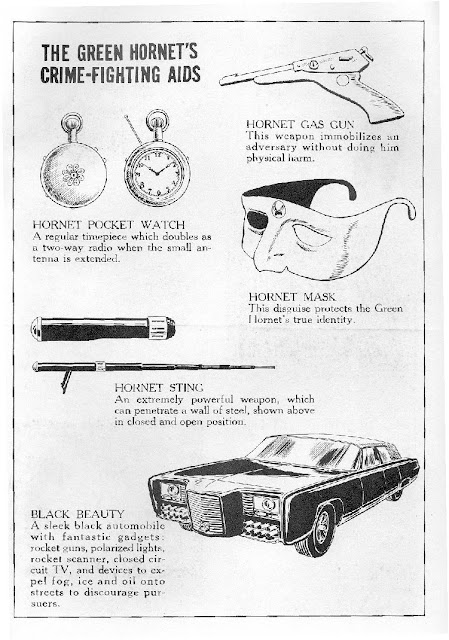