If You Blinked You Missed...Iron Wolf What it is, Groove-ophiles! Today let's rap about another of Howard Chaykin's far-out creations, the short-lived but extremely awesome Ironwolf (notice I'm not hyphenating IW's name--DC dropped the hyphenation with the second ish, so why should I bother?). Ironwolf ran for three issues of DC's Weird Worlds (8-10, August 1973-July 1974), and was a unique romp blending sci-fi, fantasy, and high-adventure. Really, Ironwolf was a Flash Gordon or Buck Rogers for the 70s. I remember there was a bit of a Flash Gordon revival going on at the time, with the old Buster Crabbe as Flash serials being syndicated on TV (yeah, I know, the real interest came from the x-rated movie/parody of Flash, but I was waaaaay too young to know that then). Chaykin's hero wasn't as much like Flash, Buck, or their offspring as the strip itself was similar to the free-wheeling, inventive, sky's-the-limit feel of those classic comic strips.

The basic premise, a lone man against an evil empire was a tried and true one, but of course Chaykin made it fresh. Our hero Ironwolf is a world-leader, Lord of Illium, whose fortune is based on his world's forests filled with trees made of gravity-defying wood. Yep, anti-gravity wood, used to build planes and space ships of all sorts. Ironwolf, being a man of character and high ideals, refused to let the Evil Empire (ruled by a vamp named Empress Erika Klein-Hernandez) have his trees to create warships. Empress Erica sent her barbarian hordes to take Illium, so naturally Ironwolf rebelled. He successfully defended his world, then set out with a crew on his ship, the Limerick Rake (don'tcha just love the names Chaykin comes up with!) to go after Erika's Evil Empire. Ironwolf's pro-active stance--go after 'em and destroy 'em before they get a chance to come back--sets him apart from many comicbook heroes, and that's one of the things Ol' Groove always dug about him. Still, when Ironwolf returned to find that his wimpy brother has made a deal with the Empire in his absence, we learn the true depths of Ironwolf's character. Ironwolf's decision is both heroic...and horrible. But hey, why do I keep on rambling when you can read Ironwolf's dyn-o-mite debut for yourself? I mean, if you love science-fantasy--complete with anti-gravity wood and a troop of vampire soldiers--you're gonna dig "Iron-Wolf"...created/plotted/drawn by Chaykin, scripted by Denny O'Neil, and lettered by Walt Simonson! 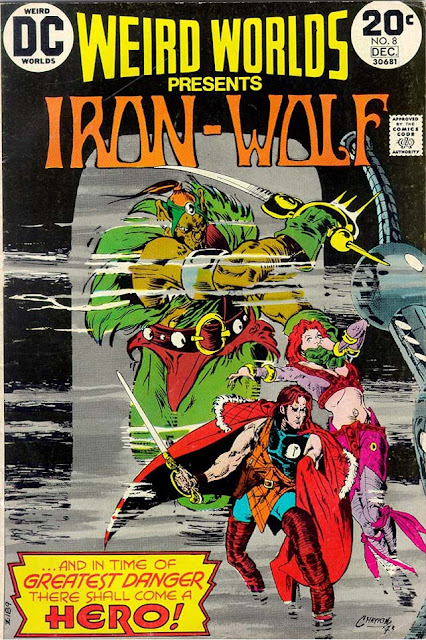 Man, did Howard and company cram a ton of cool-ness into 20 pages or what? As usual, Chaykin was pushing the envelope with the violence and sexiness of this strip. And as usual, he was cool about diverting attention from 'em by placing them in a fantastic, almost Middle Ages style setting. I could go on and on about how much I love Ironwolf, and I haven't even mentioned Chaykin's trade-mark strong and beautiful women or how cool Ironwolf's Scots-inspired togs are!

The next ish was almost as cool, with a 14 page Chaykin/O'Neil masterpiece filled with cool stuff like Shakespeare (!), assassination attempts, death, drugs (that make you insanely brave!), and more beauties. Weird Worlds #9 (October 1973) also had a six page backup by Chaykin, John Warner, and Vincente Alcazar called "Tales of the House of Ironwolf" that was okay, but lacked the energy of the lead feature.

The tenth issue of Weird Worlds didn't show up on the spinner-racks until July 1974, for some reason. An eight month absence must've killed the strip's momentum, 'cause ish 10 turned out to be the final issue of this magnificent mag. According to scripter/editor O'Neil, the reason for WW/Ironwolf's untimely demise? A paper shortage. The lord of a planet filled with anti-gravity trees was cancelled 'cause we were running out of trees to make the newsprint to print his adventures on. Chaykin should'a named our hero "Ironywolf"!
When Chaykin's popularity peaked in the late 80s (due in no small part to his award-winning American Flagg), DC reprinted all three issues in an Ironwolf one-shot. In 1992, Chaykin, with writer John Francis Moore and artists Mike Mignola and P. Craig Russell produced an Ironwolf graphic novel Ironwolf: Fires of the Revolution. 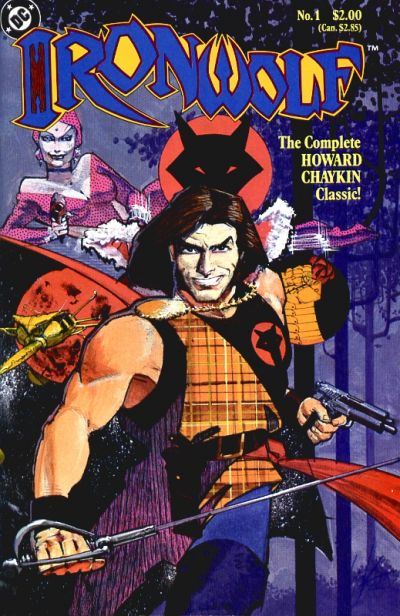 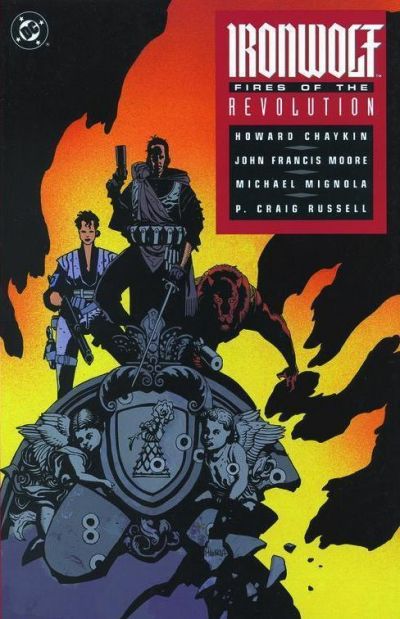 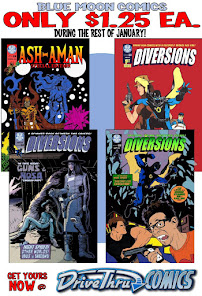