Greetings, Groove-ophiles! Ol' Groove has mentioned before how much he dug the high-seas adventures of Captain Fear that ran in the back of Adventure Comics during the early 1970s. Of the six stories published during the Groovy Age, I've shared three of 'em with you already here and here. With that in mind, does Ol' Groove really need an excuse to share more of these classic examples of Alex Nino artistry--scripted by the great Steve Skeates, no less--with ya? Does Ol' Groove really need an excuse to lay all three of Captain Fear's remaining adventures from Adventure Comics #'s 429, 432-433 (June 1973, December 1973, and February 1974) upon ya today? Didn't think so! So without further yang-yangin', here's "Pirate's Revenge", "Night of the Slaves", and "Revolt and Revenge"! 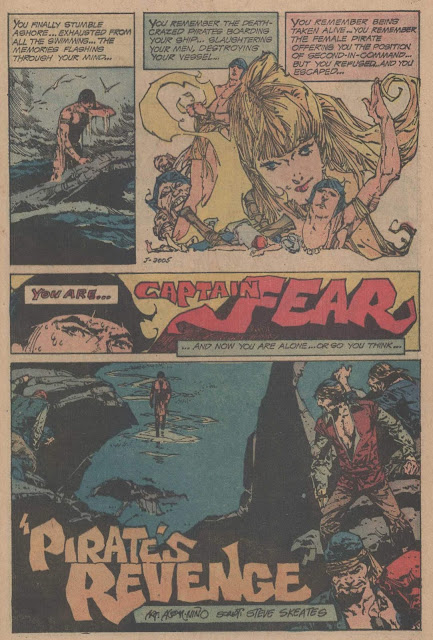 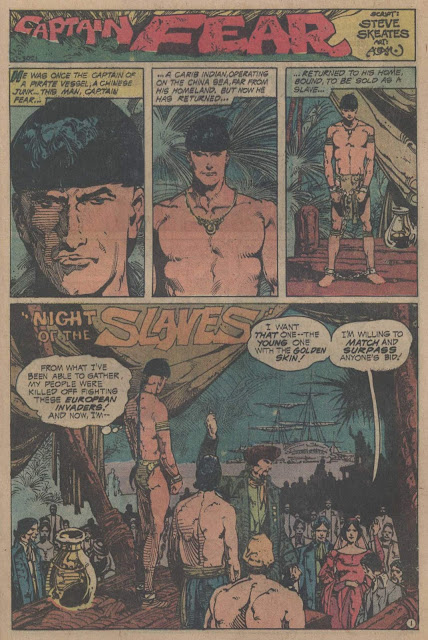 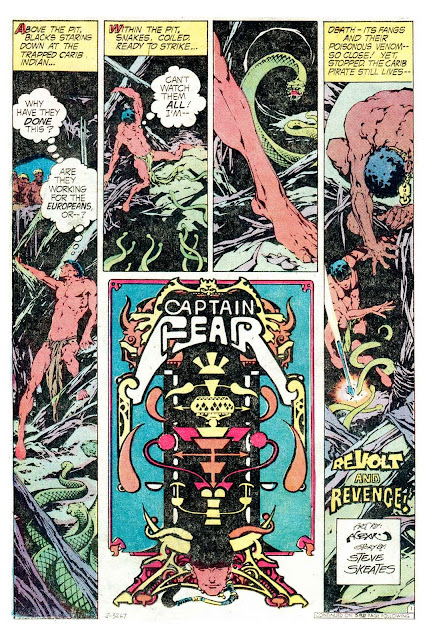