Groove's Faves: "The Glory Boys!" by Kanigher and Toth

Greetings, Groove-ophiles! Some of the best comics of the Groovy Age were found in Joe Kubert's line of war mags. Joe only used the best of the best, and that's not hype. I think Joe knew that a huge part of his audience was made of the very men he and his staff was writing and drawing about. He knew that a huge chunk of his readership lived through situations like those they presented in Our Army at War, Our Fighting Forces, and the rest of DC's war-line. He had a responsibility to make his mags as authentic as possible, not only out of respect for the members of the Armed Forces, but for the kids like Young Groove who was also reading those mags. Not only did Joe's mags deliver "he-man action", authentic war stories, and impeccable art, but the best of 'em taught us a lesson. Sometimes they preached, sometimes they were subtle...and sometimes they were simple and sublime like this parable by Robert Kanigher and Alex Toth from Our Army at War #235 (June 1971) called "The Glory Boys!" 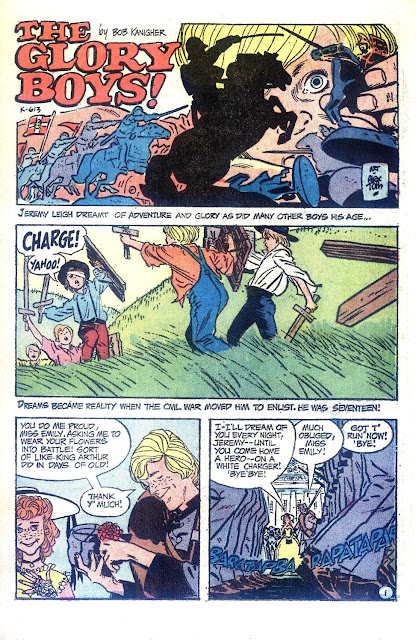 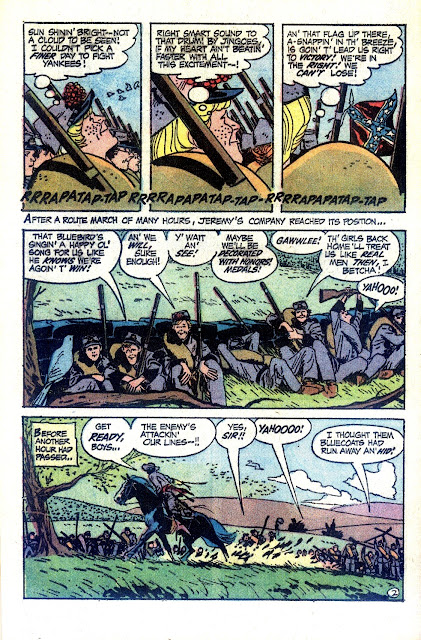 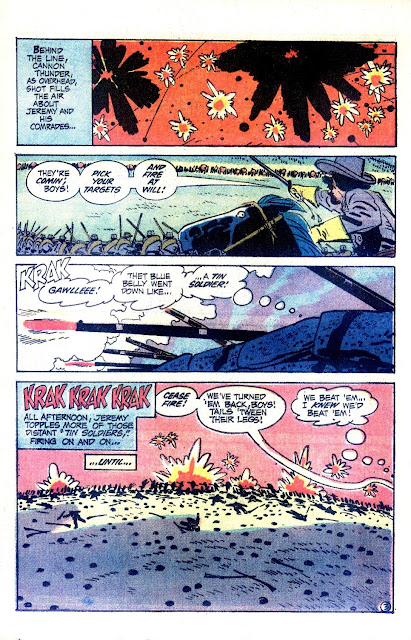 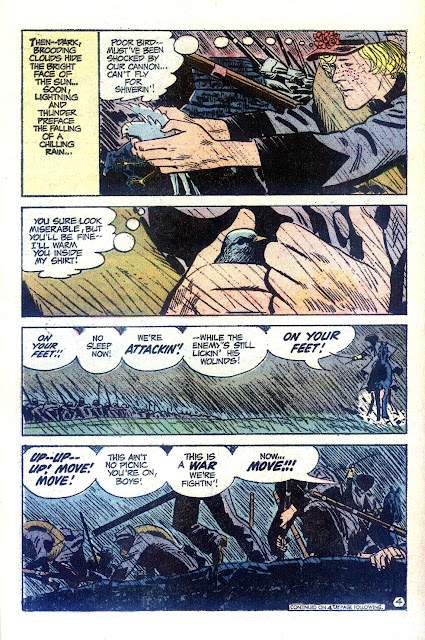 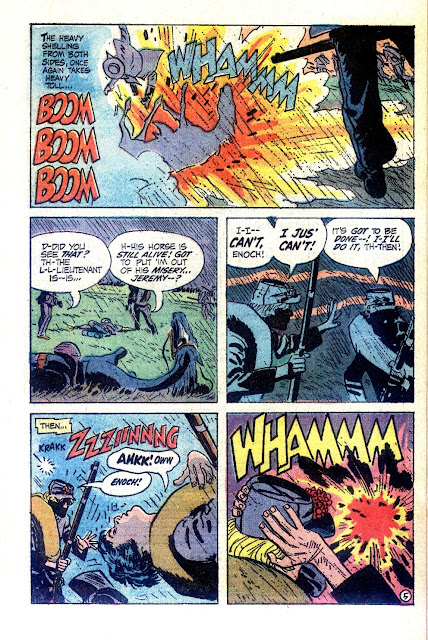 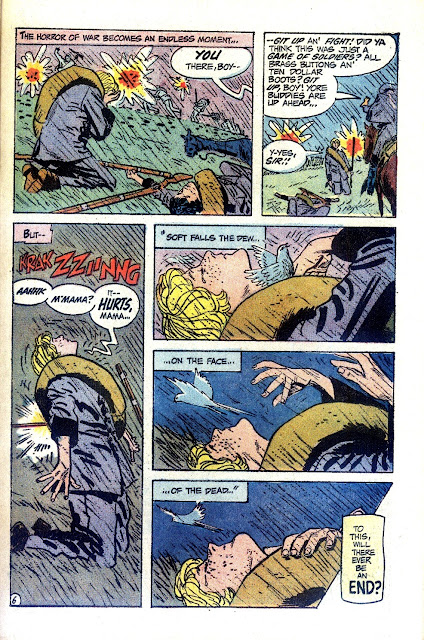