Greetings, Groove-ophiles! Y'know, the late, great Gene Day was well known for his inking prowess during the latter part of the Groovy Age. His work on mags like Marvel Two-In-One (over George Perez and Jerry Bingham), Star Wars (over Carmine Infantino), and Master of Kung Fu (over Mike Zeck) is the stuff of legend. In the 1980s mainstream comic fans learned what a far-out penciler Day was as he strutted his stuff on Star Wars and MoKF. Fans of "ground level" comics already knew of Gene's powerful pencils 'cause they'd seen cool stuff like "Warriors!" from Star*Reach #15 (cover-dated December 1978). Dig it! 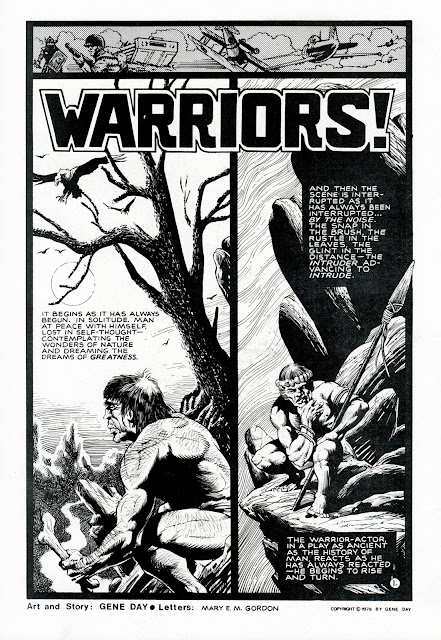 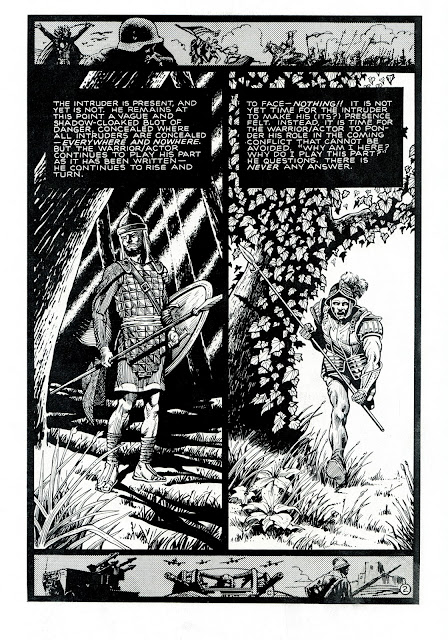 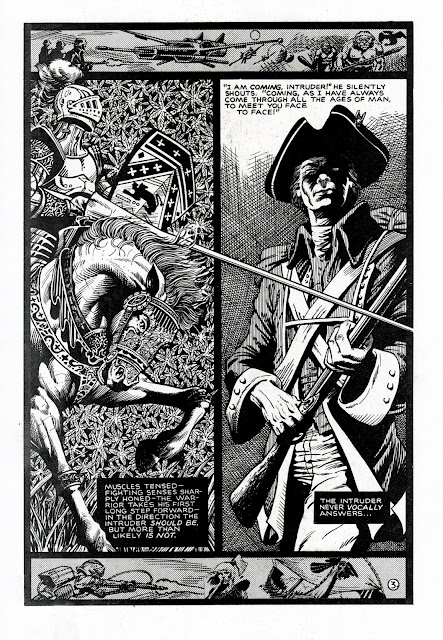 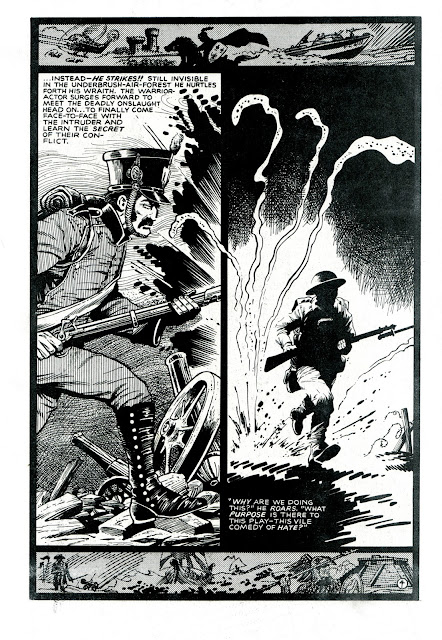 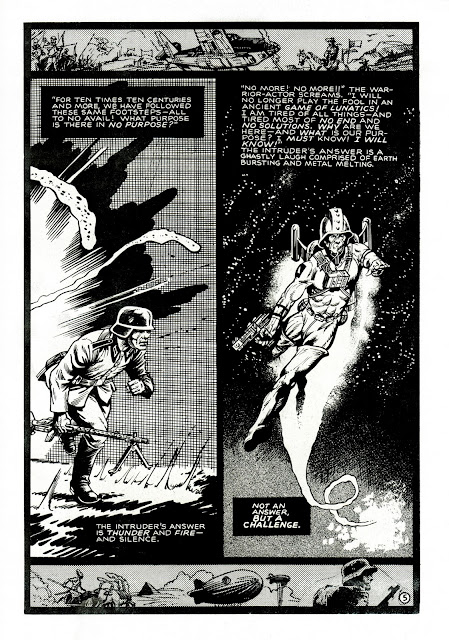 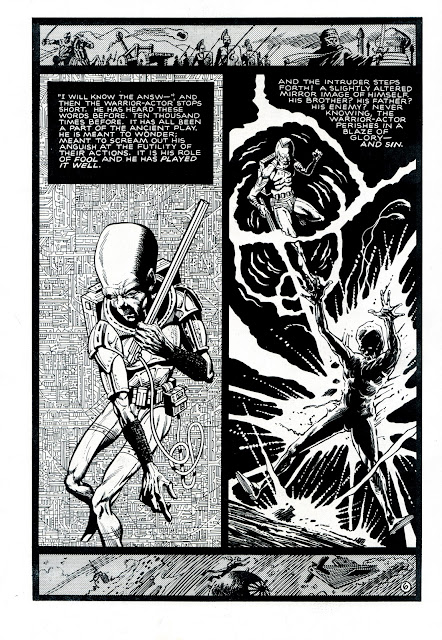 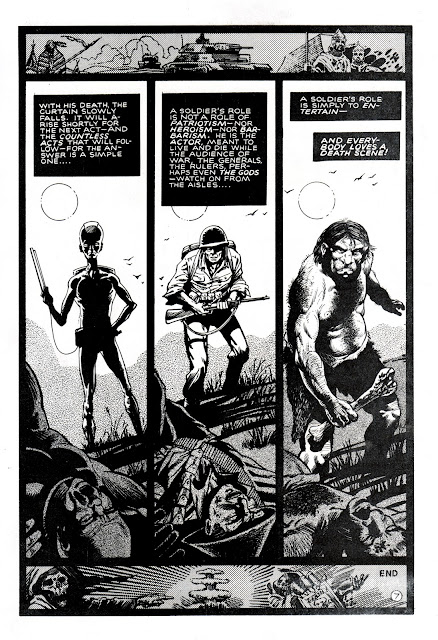