Making a Splash: The Avengers by George Perez Part 3

What it is, Groove-ophiles! Well, what it should be is "Ol' Groove Catches Up Week", 'cause here I is playing catch-up for the third day in a row. On September 10, 2010, Ol' Groove posted "Making a Splash: The Avengers by George Perez Part 2" and joked at the end of the post that I hoped I wouldn't "...let another year slip, slip, slip away before round three!" Ouch. Here, in all it's tardy glory, are the final stack of splashes representing Gorgeous George Perez's Groovy Age Avengers run (issues 194-196 [January-March 1980], 198-202 [May-September 1980]). As you can tell by the dates, I've even included a few from the "Gilded Age" that followed the Groovy Age so as not to break up the set. After this t'was au revior, Avengers (until the 1990s), 'cause George was heading over to DC to team with Marv Wolfman on some mag featuring the JLA's side-kicks... 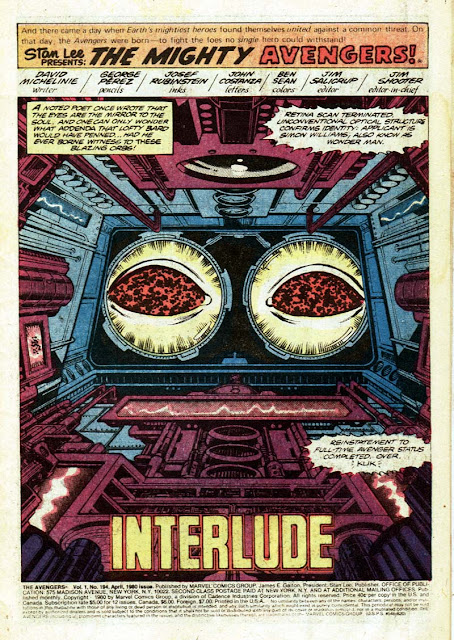 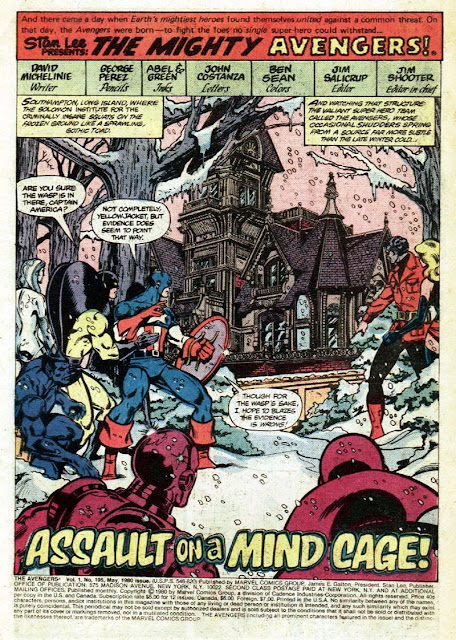 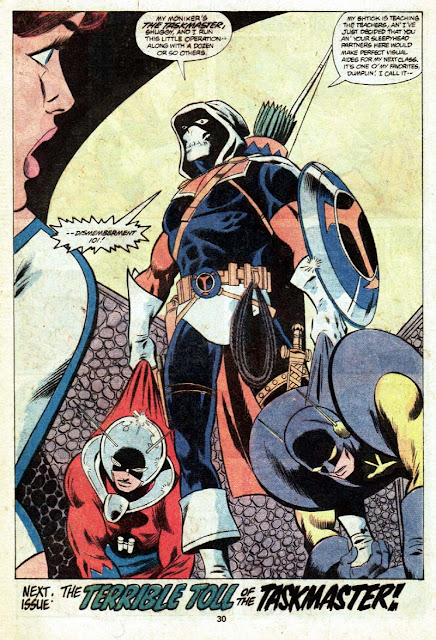 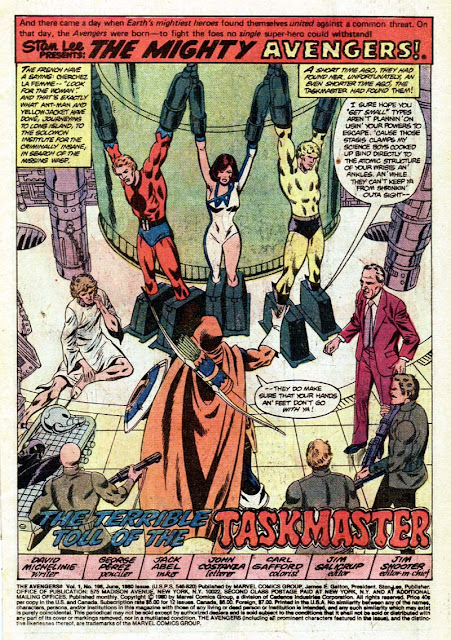 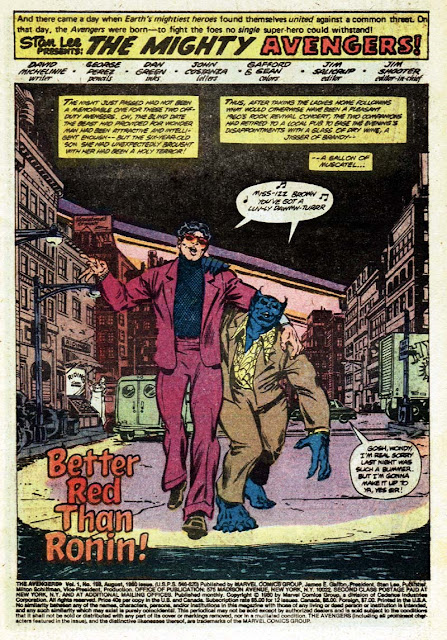 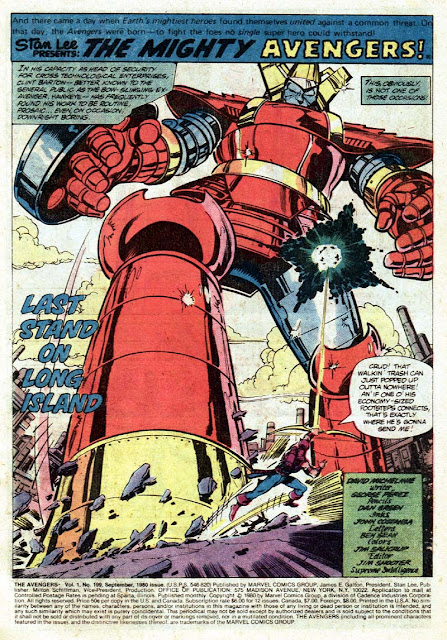 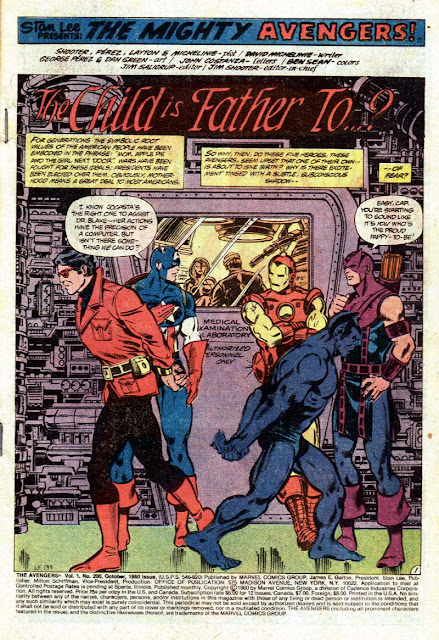 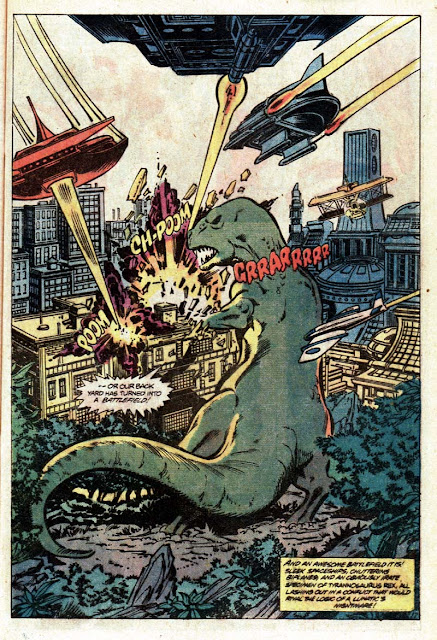 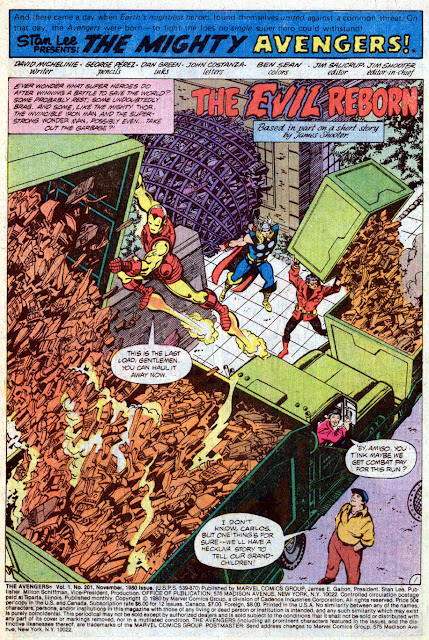 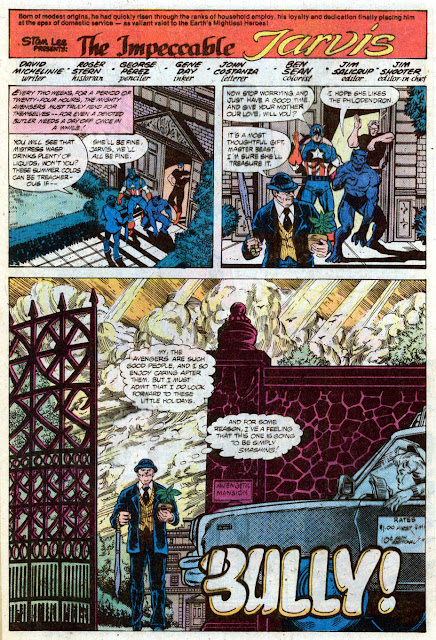 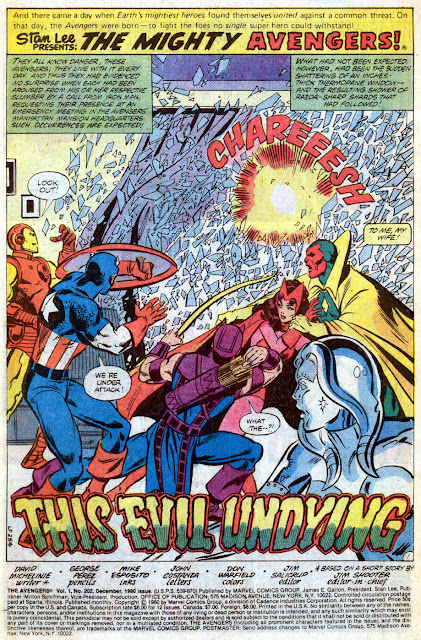