Scarier than Doing Your Taxes Week! Thursday Double-Play: "Demonrider"/"Monster on my Back" by Brennan, Abel, Wood/Glut, Mooney, and Morrow

Greetings, Groove-ophiles! Y'know, it's bothered Ol' Groove for the longest time, how the final two issues of Archie Comics' Red Circle Sorcery (issues 10-11, September-November 1974) ran stories about a gargoyle-like demon riding piggy back on some loser and driving him bonkers. Had editor Gray Morrow tossed a story idea to two very different writers (T. Casey Brennan on ish 10's "Demonrider" and Don Glut on ish 11'a "Monster on my Back") and two very different artistic teams (Jack Abel and Wally Wood on "Demonrider" and Jim Mooney and Morrow, himself, on "Monster on my Back") by mistake and run them 'cause he was just playing out the thread, anyway? Was it a "No, guys, this is what I wanted" message from Morrow to the creative team on ish 10? Or was it some macabre master plan to make us fans go "huh?" Well, nearly four decades later, Ol' Groove is still going "huh?", and I'm betting you will too, baby! Onward... 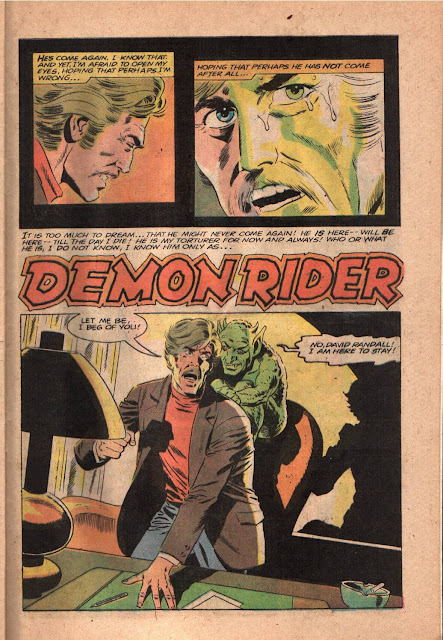 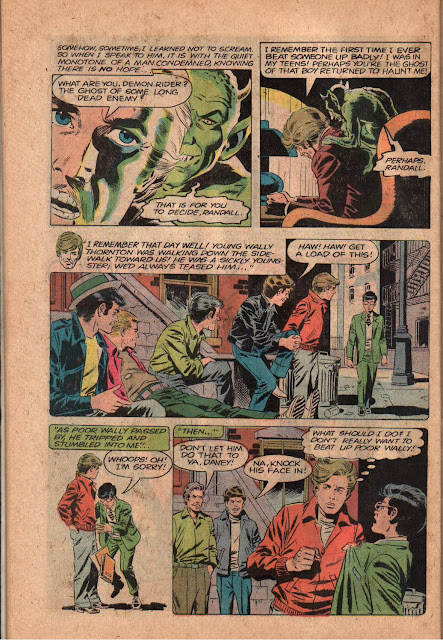 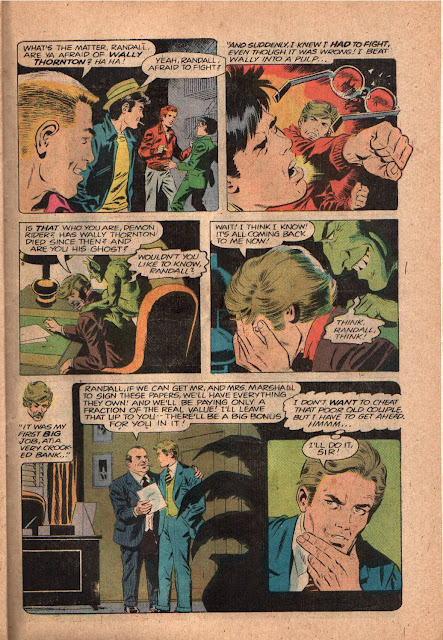 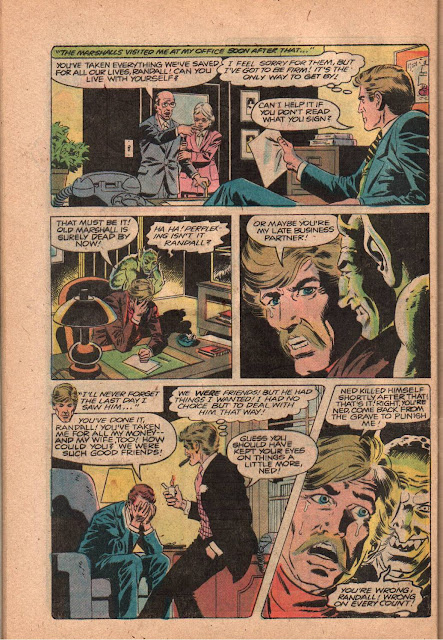 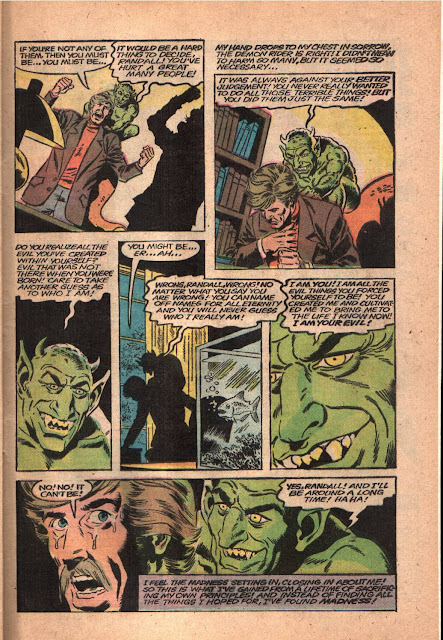 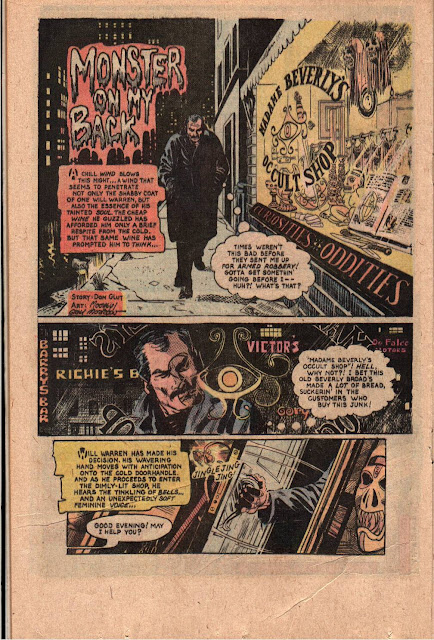 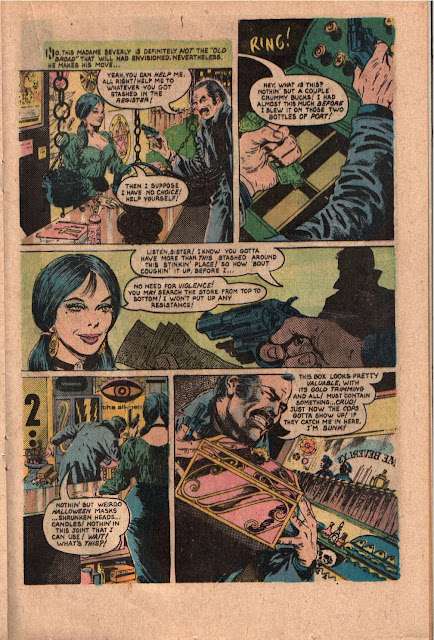 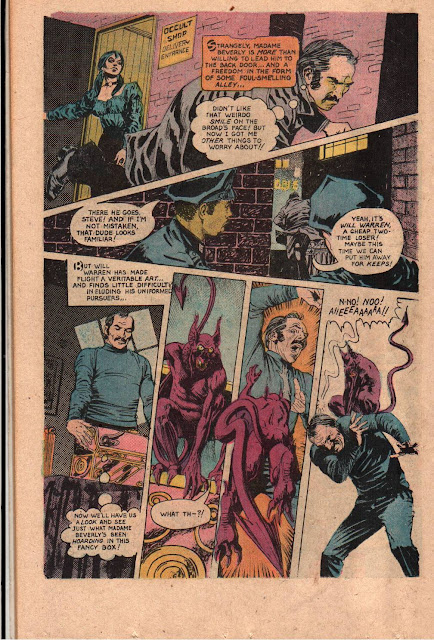 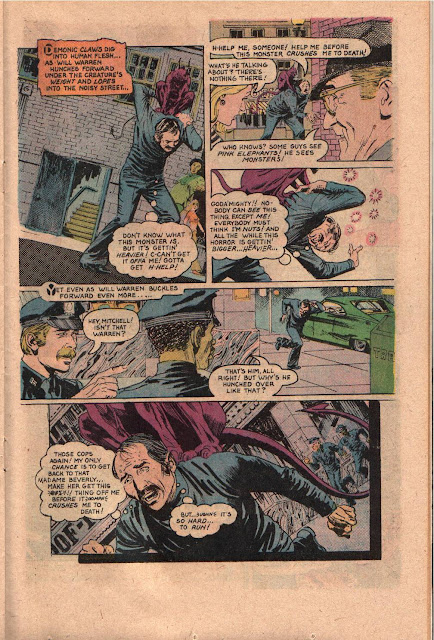 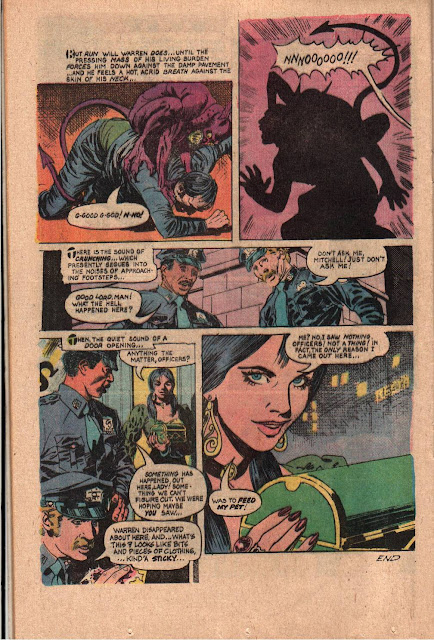